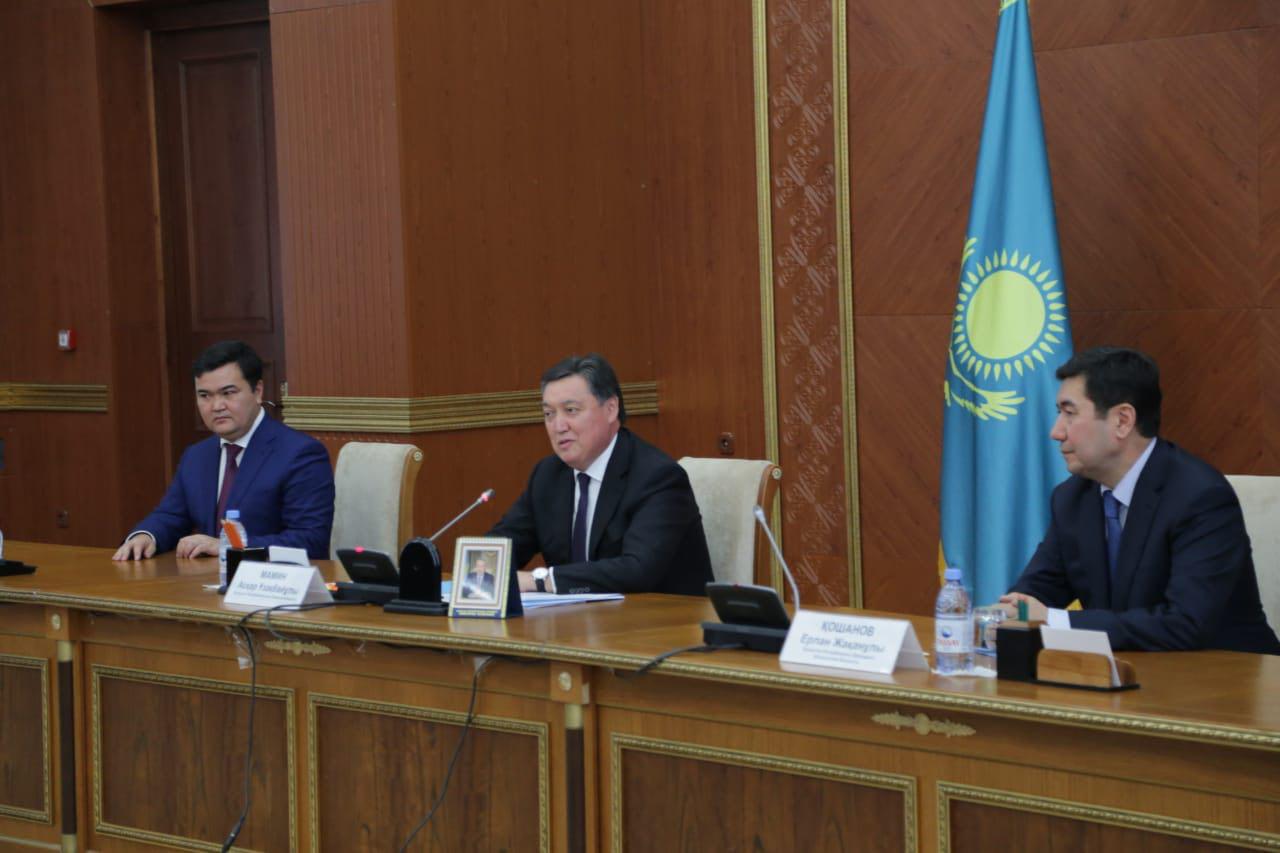 Head of Government Askar Mamin took part in a session of the Maslikhat of the Karaganda region, supporting the candidacy of Zhenis Kassymbek proposed by the Head of State Kassym-Jomart Tokaev for the post of akim of the region.

Introducing the new akim to the activists of the Karaganda region, the prime minister noted his experience and competence.

“The new akim has set serious tasks for the socio-economic development of the region. Elbasy Nursultan Nazarbayev and Head of State Kassym-Jomart Tokayev pay special attention to the development of the Karaganda region. I am sure that Zhenis Kassymbek will meet the high expectations,” Mamin said.

The prime minister thanked the former akim Yerlan Koshanov for the work done and wished him success in his new post.

Zhenis Kassymbek was born May 7, 1975, in the city of Chu in the Dzhambul region. He graduated from the Kazakh State Academy of Architecture and Civil Engineering majoring in Architecture and Design and Gumilyov Eurasian State University with a degree in State and Local Governance.