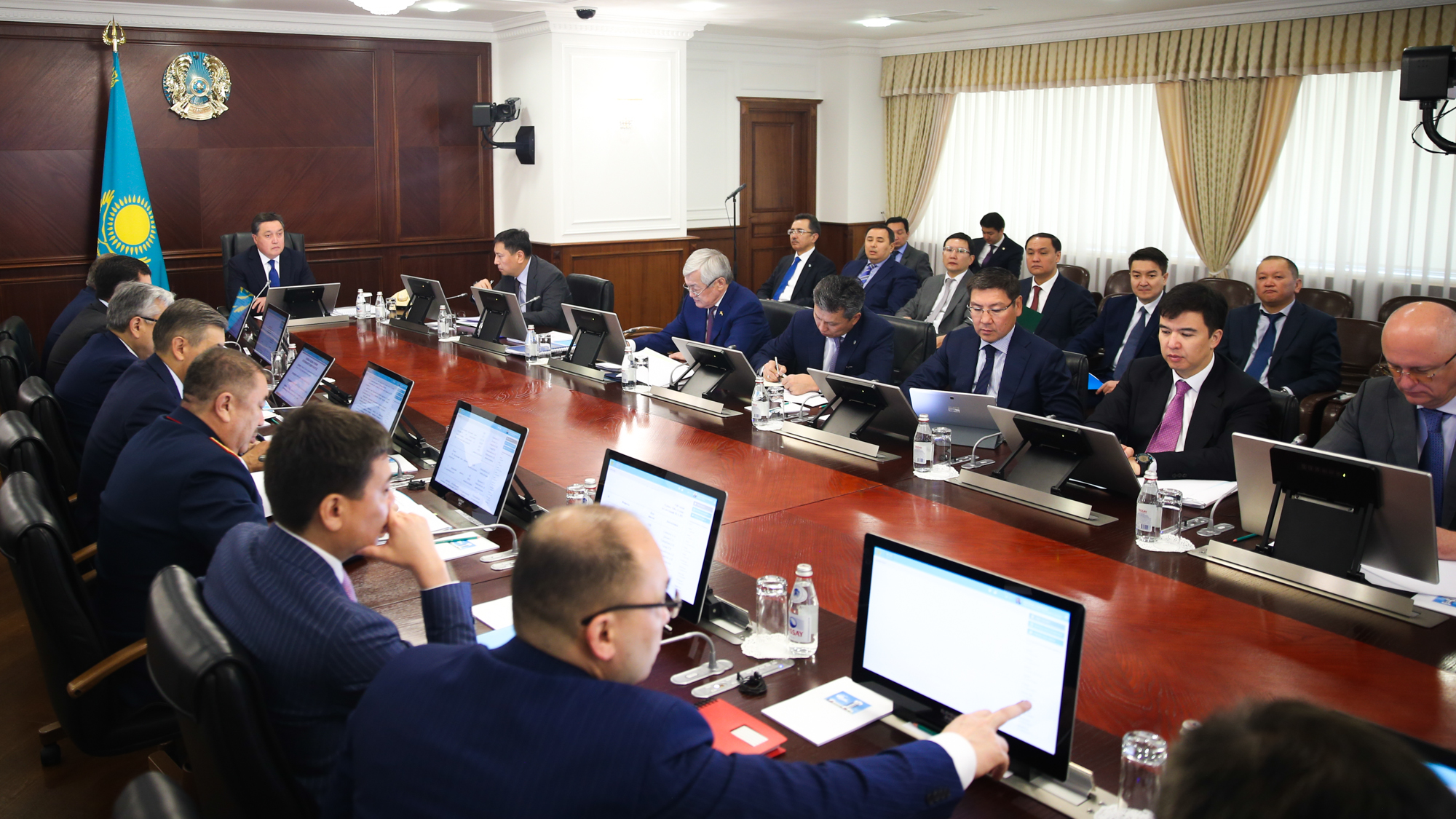 Government session was held under the chairmanship of the Prime Minister Askar Mamin. On the agenda were the issues of the execution of the Head of State Kassym-Jomart Tokayev’s orders to address social issues, which is a continuation of the First President – Elbasy Nursultan Nazarbayev’s strategy to improve the welfare of Kazakhstanis.

During the session, draft resolutions on amendments and additions to the republican budget for 2019–2021 and the Enbek State Program for the Development of Productive Employment and Mass Entrepreneurship for 2017–2021 were adopted, aimed at expanding the tools for microcredit and grants, short-term learning and entrepreneurship basics. Given the importance of involving the unemployed in productive employment, the expansion of the instruments of the Enbek state program additionally provides for 50 billion tenge.

“Improving the well-being of Kazakhstanis is a key area of ​​work for the Government of Kazakhstan,” said Askar Mamin. The primary task of the Cabinet of Ministers is to immediately start implementing social support measures, to promptly carry out all the organizational and legal measures for their timely implementation. This will improve the material well-being of citizens.

The head of the Government has instructed state agencies to determine the mechanisms for using funds allocated to reduce the debt burden of citizens, write off the accumulated fines and penalties for unsecured consumer loans of citizens in a week's time.

In addition, the prime minister commissioned to improve the work of the Employment Centers by moving to a proactive format of finding people in need of employment and closing existing vacancies.

In the direction of providing housing to state bodies, it was instructed to expeditiously complete work on the approval of housing distribution mechanisms among working youth and the provision of concessional loans to low-income families to purchase housing.

“From Sep. 1, an additional 5,000 targeted educational grants for children from low-income and large families will be allocated, the scholarship for workers in specialties is increased by 30%,” Askar Mamin said and ordered to ensure the award of these grants.

Akims of all regions are entrusted to ensure strict compliance with all regulatory procedures and conduct effective monitoring of recipients of targeted social assistance.

In order to increase the coverage of productive employment measures, the prime minister was instructed to develop a methodology and implementation plan for screening regions to increase incomes of the population, taking into account the positive experience of Atyrau, Zhambyl, Almaty, Aktobe and Turkistan regions. Based on the screening, a survey of entrepreneurs and households will be provided.

“The measures taken are primarily aimed at supporting the citizens in real need, including young people, as well as providing people with work,” the prime minister said. “Solving the problems of our citizens largely depends on the coherence of the work.”