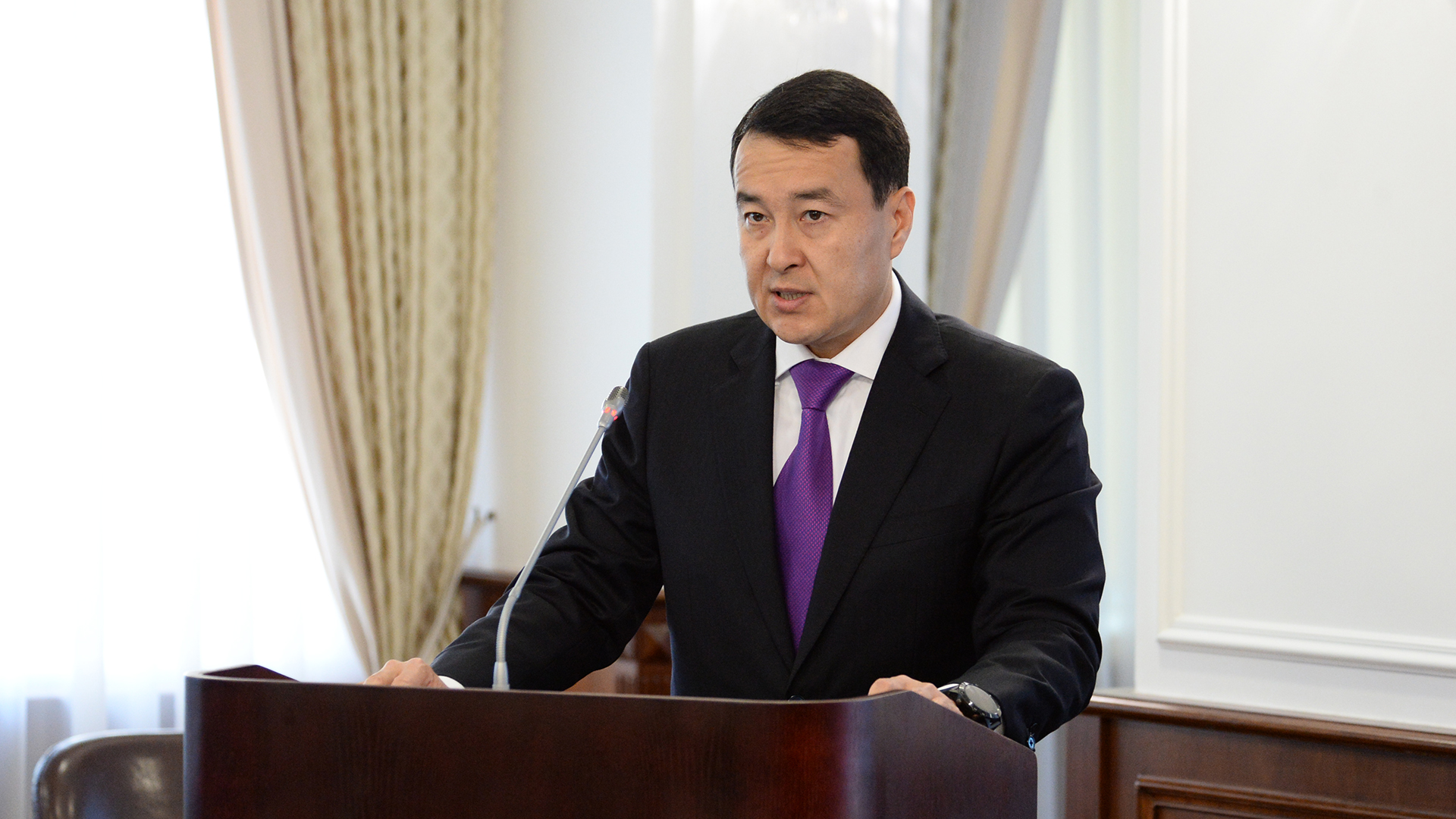 At the Government session, the First Deputy Prime Minister – Minister of Finance Alikhan Smailov reported on measures to fulfill the instructions given July 15, 2019, by the Head of State at the extended meeting of the Government.

In order to implement the tasks set by the Head of State, a specific action plan was developed. By the end of the year, a draft Concept of Public Administration Development will be created. It will reflect the issues of optimizing the state apparatus, personnel planning and automation of public services.

The corresponding Roadmap was approved in accordance with the recommendation of the Parliament and the Accounts Committee for solving systemic issues of improving budget planning and the efficiency of public finances.

As Smailov noted, this year it is planned to prepare a regulatory framework in terms of increasing the importance of strategic plans, when considering which administrators of budget programs will argue the need for funds from the point of view of achieving target indicators affecting the further development of the industry and the country as a whole.

Coordination Council will be established under the ministry to review the reasonableness of funding state programs. To maintain the effectiveness of implementation, when approving new state programs, it is proposed to support only effective measures of state support within the allocated limits.

“In order to improve the quality use of budget funds, the consideration of budget requests will primarily take into account the socio-economic effect,” said Smailov.

In the near future, the development of the Roadmap will be completed and the algorithm for the necessary actions to optimize these costs in the republican and local budgets will be determined.

At the same time, an analysis of the costs of exhibitions, conferences and round tables is being carried out. According to the results of the monitoring of conducted public procurements for 2019, the largest amount of purchases for image events fell on local budgets.

To provide each citizen with the opportunity to participate in the distribution of local budget funds, which will increase the openness of the budget process, in 2018, the pilot project “participatory budget” is being implemented by the Saryarka district akimat of Nur-Sultan. Citizens will allocate a budget of 500 million tenge. This principle is planned for introduction in Almaty. Following the results of the work done, proposals will be made for the implementation of “budgets of people’s participation” at the local level.

An audit is carried out to reduce consumption and save funds of subordinate organizations of state bodies. According to the analysis, out of 173 state assignments for 402.3 billion tenge, it is proposed to exclude 68 tasks from the list of works and services for a total amount of 38 billion tenge by transferring to public procurement.

Budget expenditures allocated for investment projects amounted to 1.4 trillion tenge. For the rational use of these funds, it is proposed to create a Single Bank of projects during construction with the mandatory use of standard projects, which will reduce the cost of developing design estimates and feasibility studies to 30% or 12.6 billion tenge, and construction time from 6 to 9 months. This requires a change in legislation.

Improvements in the public procurement system are aimed at increasing the qualifications of suppliers, supporting domestic producers, and ensuring transparency of procedures.

The introduction of a model for centralizing public procurement, of procurement methods through online stores, and the application of framework agreements are also being worked out.

The introduction of the “price complex” tool, taking into account the median price from the Single Procurement Window of the Atameken National Chamber of Entrepreeurs, when planning and conducting public procurement will also save up to 10% or up to 320 billion tenge per year.

The results of optimization and rationalization of expenses at the first stage will be taken into account when forming the budget for 2020–2022.

Together with the Accounts Committee, measures will be taken to strengthen the responsibility for the inefficient use and planning of budgetary funds in the state and quasi-state sectors.

Smailov also said that in order to expand its presence in sales markets, it is planned to revise the export strategy of Kazakhstan. The new Ministry of Trade and Integration will focus its efforts on developing and implementing a set of measures to increase exports and expand the sales markets for Kazakhstani goods. As part of this work, a set of effective measures will be developed, aimed at increasing the export of non-commodity goods and services.

"In general, the above measures will improve the quality of budget planning, strengthen control over spending and ensure a balance of public finances and stability of the socio-economic development of the country," said Smailov in conclusion.