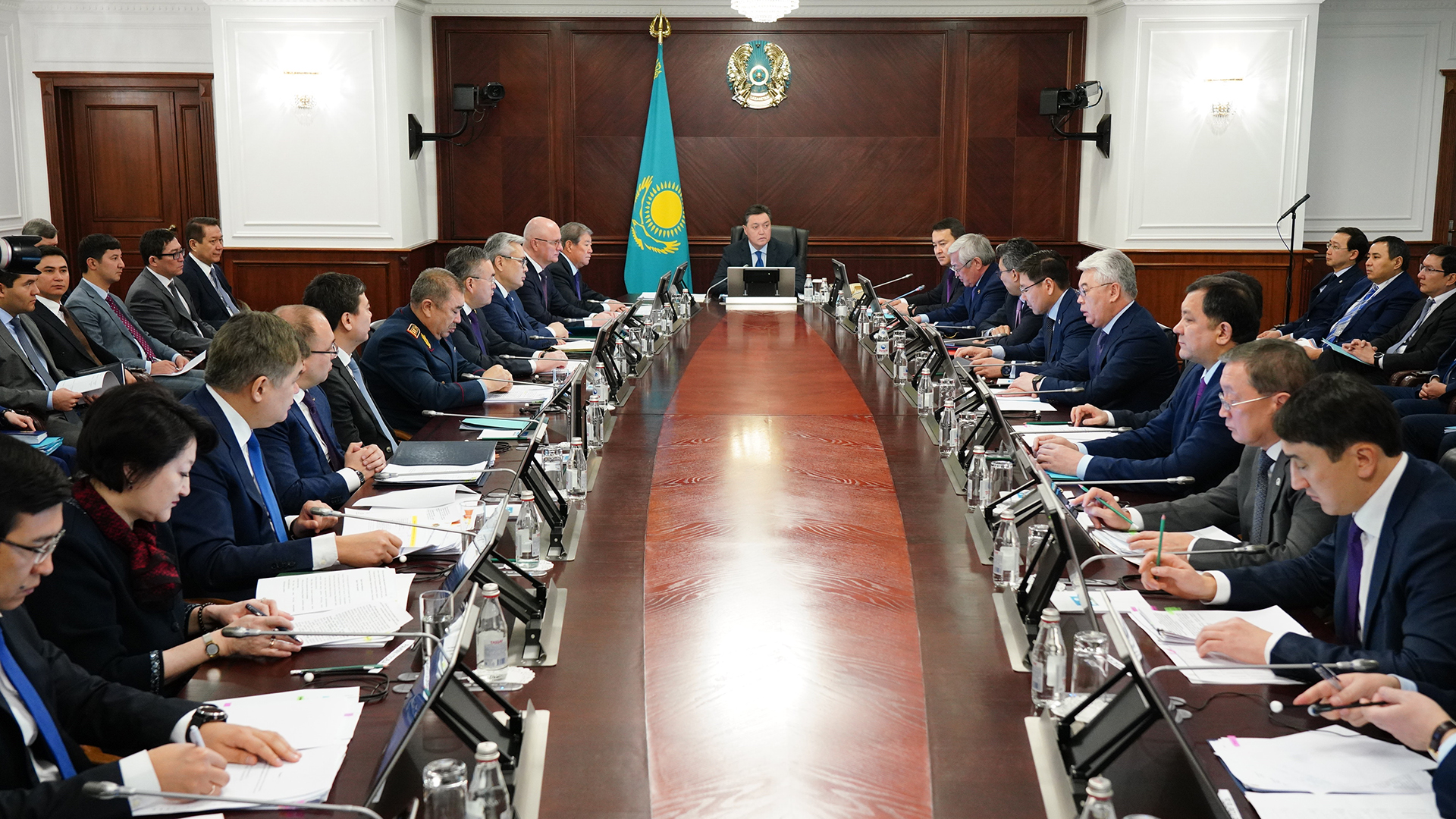 At the Government session chaired by Prime Minister Askar Mamin, the situation in the Korday district and the work of the Government Commission to deal with the consequences of the events was considered.

Prime Minister Askar Mamin recalled that last Friday there were riots in the Korday district of the Zhambyl region. Unfortunately, as a result of the tragedy 10 people were killed, 178 people were injured. Residential and commercial facilities, property of citizens were also damaged.

Government Commission for the Elimination of the Consequences of Events in the Korday District chaired by Berdibek Saparbayev worked these days.

The head of government also instructed to continue the work of the Government Commission. The government will provide all necessary support.

As Saparbayev emphasized, today the situation is stable in general in the Korday district of the Zhambyl region. Local executive bodies are working with the support of all law enforcement agencies. Over the past five days, 141 people have sought medical help, of which 19 are police officers. Ten people died. The families of the victims were assisted by the akimat and local sponsors. Members of the commission on behalf of the Head of State expressed condolences to each family.

To date, 13 people have been covered by medical care — in the Korday district hospital, 25 people — in Almaty. Ten highly qualified doctors arrived in Korday district from Almaty.

“All nine people who left for Kyrgyzstan, we first transported to Almaty, then returned to Taraz. There are no people there right now. All necessary medical assistance is provided,” Saparbayev informed.

Today, the Government Commission, with the help of the local population, is conducting an inspection and verification of burnt houses and commercial facilities. In the next 1-2 days, the Commission will provide information on their exact number and on what assistance the victims need.

“During these three days we met with the population of all five villages, explained what kind of assistance they would receive. In general, people understand the situation correctly. Yesterday we met with the elders, talked with them,” Saparbayev said.

In three days, some citizens left for Kyrgyzstan. According to Saparbayev, almost 8 thousand citizens were returned in two days.

Since yesterday, all schools, kindergartens have been operating normally, and work has begun in all stores.

“Now, during the construction of houses and trade objects, local construction companies and the local population will be involved. We are working with entrepreneurs from the Korday region, they are ready to help. We will use their resources. The whole situation is under control. I think everything will work out. Of course, there are some problems. We will solve them in the near future,” Saparbayev concluded.