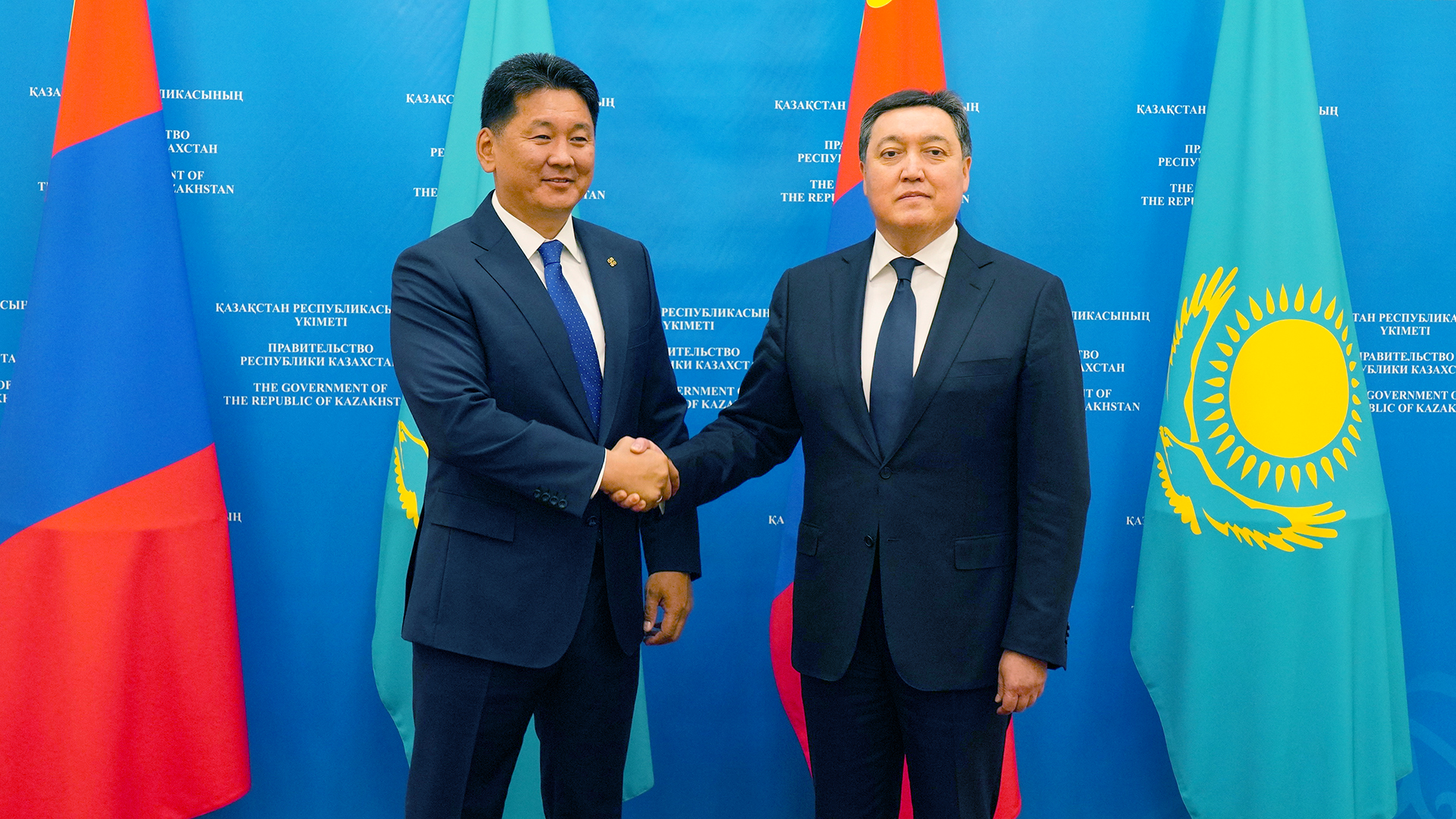 Prime Minister Askar Mamin held talks with the Prime Minister of Mongolia Ukhnaagiin Khürelsükh who arrived in Kazakhstan with an official visit.

The parties discussed issues of further development of cooperation in trade, economic, transit and transport, agricultural, mining, cultural and humanitarian spheres, as well as interaction within regional and international organizations.

“Thanks to the policy of the First President of Kazakhstan Nursultan Nazarbayev, the foundation has been laid for the progressive development of Kazakh-Mongolian relations. President Kassym-Jomart Tokayev, adhering to continuity in foreign policy, pays great attention to the effective development of cooperation with Mongolia,” Mamin said.

In turn, Khürelsükh noted the authority of Kazakhstan in Asia and, in general, in the international arena.

“We are interested in the further development of cooperation between our peoples and states and bringing it to a qualitatively new level,” he said.

The heads of Government noted the significant potential for further building up mutual trade turnover, which amounted to $80 million in 2018. Particular attention was paid to the prospects for cooperation in the mining industry, construction, processing and production of finished products of animal husbandry, cashmere, leather, and deepening cooperation in the transit and transport sector, including the activation of communications between the two countries under the SCO Agreement on the creation of favorable conditions for international road transport. 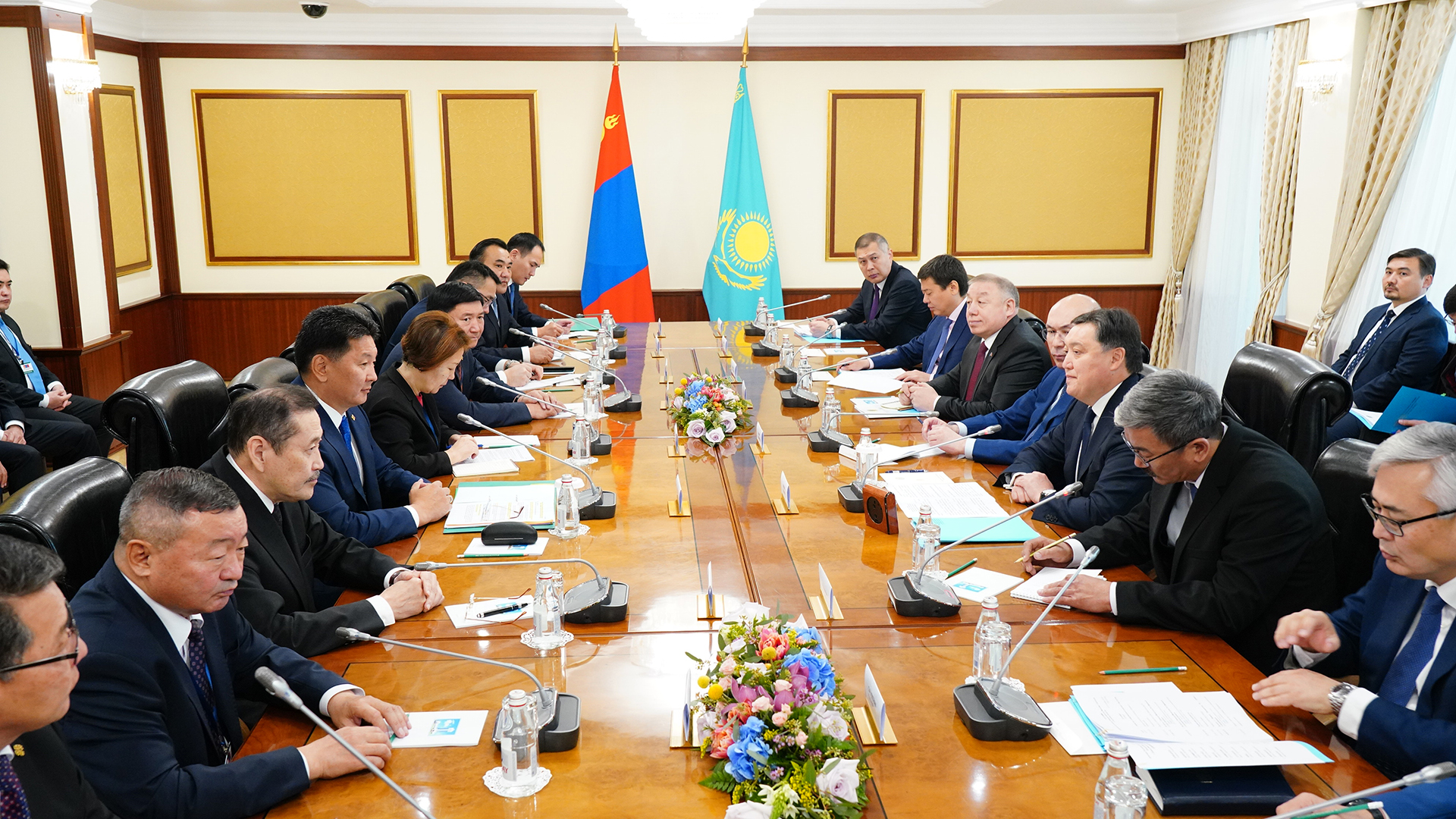 Mamin suggested developing a draft Roadmap for enhancing trade and economic cooperation between the Republic of Kazakhstan and Mongolia for 2021-2024.

“It is necessary to unleash the full potential of bilateral trade by mutually expanding trade and economic cooperation. The Kazakhstan side has prepared a list of 100 potential goods that can be delivered to the Mongolian market from Kazakhstan,” said the prime minister of Kazakhstan.

Mamin emphasized that the Kazakh diaspora of Mongolia acts as an important connecting factor in relations between Nur-Sultan and Ulan Bator – over 120 thousand Kazakhs, of which 90 thousand live in the Bayan-Ulgiy aimag. The prime minister noted the need for regular joint cultural and sporting events, exchanges of creative teams and academic institutions. The head of Government proposed to hold the Days of Mongolian Culture in Kazakhstan and a similar event in Mongolia over the next two years, as well as consider the possibility of creating the Abay Cultural Center in Ulgy.

Following the results of negotiations in the presence of the Heads of Government of the two countries, the following series of documents was signed:

- Protocol on amending the Agreement between the Republic of Kazakhstan and Mongolia on mutual legal assistance in civil and criminal matters of Oct. 22, 1993;

- Intergovernmental agreement on cooperation in the field of combating terrorism;

- a memorandum in the field of veterinary control and supervision between the Committee of Veterinary Control and Supervision of the Ministry of Agriculture of the Republic of Kazakhstan and the Main Veterinary Directorate – Executive Agency of the Government of Mongolia;

- agreement on the establishment of twinning relations between Nur-Sultan and Ulan-Bator;

- An agreement on cooperation between the Institute of Plant Growing and Agriculture of Mongolia and the Scientific and Production Center for Grain Management named after Barayev.

Within the framework of the official visit of the head of the government of Mongolia to Kazakhstan, a Kazakh-Mongolian business forum with the participation of representatives of business circles of the two countries, a visit to the Astana International Financial Center and the International Center for Green Technologies are planned.