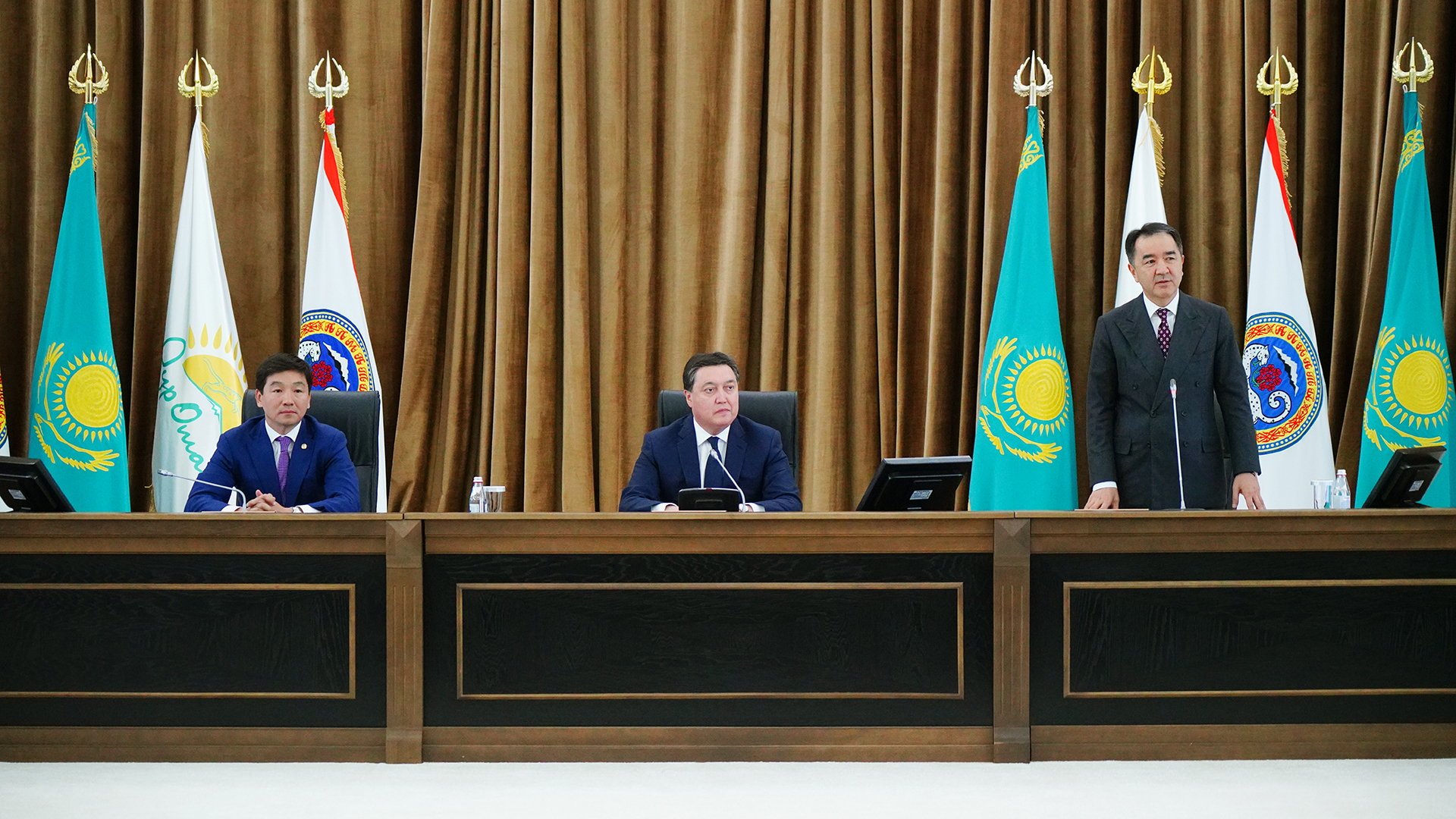 On instructions of the President Kassym-Jomart Tokayev, the Prime Minister Askar Mamin made a working visit to Almaty, where he took part in an extraordinary meeting of the city's maslikhat.

Askar Mamin read to maslikhat deputies a letter from the Head of State with a proposal to appoint Bakytzhan Sagintayev akim of the city. Deputies unanimously approved the nominee.

In Almaty, the head of Government held a meeting with the city’s activists.

Mamin thanked Bauyrzhan Baybek for his significant contribution to the development of the city, made over four years of work as akim.

“Under the leadership of Bauyrzhan Baybek, significant socio-economic, infrastructure reforms and tourism projects have been implemented in the city of Almaty. Thanks to this development, the city has been given a serious impetus,” said Mamin, noting the positive dynamics in the main sectors of the economy.

During the presentation of the new akim of the megapolis, Askar Mamin emphasized the great experience of Bakytzhan Sagintayev in senior management positions.

“Bakytzhan Abdirovich is a leader with great experience. As the head of the Presidential Administration, state secretary of Kazakhstan, prime minister, first deputy prime minister made a great contribution to the development of our country,” said Mamin. Sagintayev also worked as the first deputy chairman of the Nur Otan party, akim of Pavlodar region, minister of economic development and trade of the Republic of Kazakhstan.

Mamin noted that important tasks were set before the Almaty leadership by the president. Almaty is the largest business, financial, innovation and investment, as well as educational and cultural center of the country. Almaty provides a fifth of the country's gross domestic product.

“It is necessary to focus on improving the social conditions and quality of life of the population. It is important to ensure the further development of the city’s economy and infrastructure modernization,” said Askar Mamin, expressing confidence that the new akim will fulfill the strategic tasks set by the First President – Elbasy Nursultan Nazarbayev for the development of Almaty and solve specific tasks given by Head of State Kassym- Jomart Tokayev during a recent working visit to Almaty.