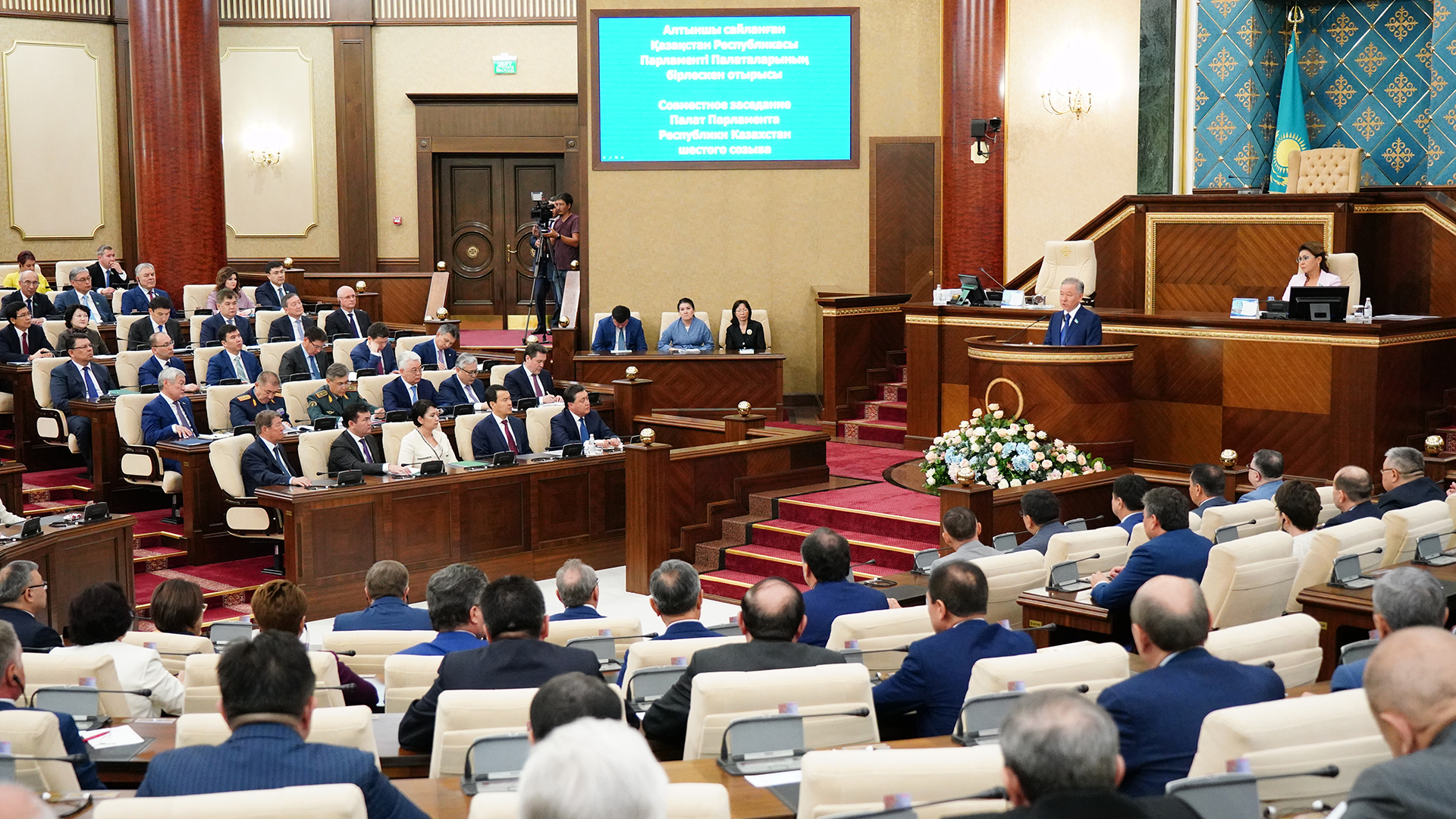 Prime Minister of Kazakhstan Askar Mamin took part in the joint meeting of the Chambers of Parliament, where it was decided to close the fourth session of the VI convocation.

Among the most important laws adopted during the session are the republican budget for 2019–2021, amendments on employment issues, laws on health issues, cinematography, standardization, transport, changes in legislation on the development of the business environment and regulation of trade activities, the law on the transfer of functions of central and local executive bodies to the competitive environment.

Currently there are 34 bills in the portfolio of Parliament. Among them are the republican budget for 2020–2022, the Code on the Health of the People and the Health System, the new Environmental Code, the draft law on the Status of the Teacher.

In the future, legislative work will be aimed at ensuring the implementation of the Address to the people of Kazakhstan, the social initiatives of the First President of the Republic of Kazakhstan - Elbasy Nursultan Nazarbayev and 10 important areas of the electoral program of Head of State Kassym-Jomart Tokayev.