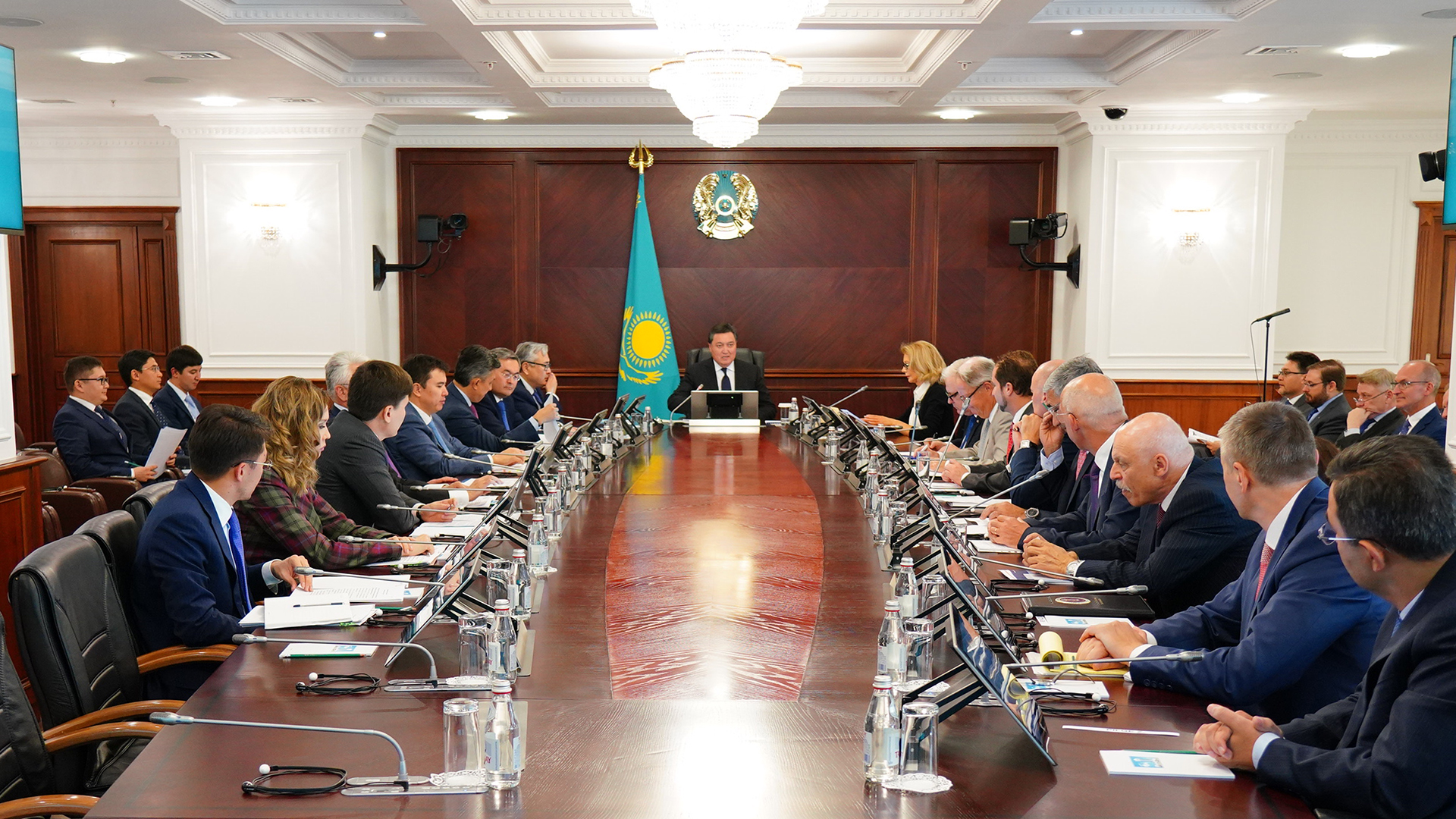 At a meeting of the Council on Improving the Investment Climate chaired by Prime Minister Askar Mamin, the issues of Kazakhstan's membership in the World Trade Organization were addressed.

The Head of Government noted that in order to enter the 30 most developed countries of the world by 2050, it is necessary to ensure an annual GDP growth rate of 5%, with the level of investment in fixed assets reaching 30% of GDP in 2024.

“Foreign direct investment is a significant source of investment. In this regard, Kazakhstan should take a proactive position in attracting investments,” Mamin said.

The prime minister said that in June 2020, the 12th Ministerial Conference of the WTO is planned to be held in Nur Sultan.

“This will give us the opportunity to demonstrate the openness of the economic and investment policy of Kazakhstan and confirm the status of the country as an active participant in the multilateral trading system,” Mamin emphasized.

Kazakhstan has been an official member of the WTO since 2015.

In the framework of cooperation with the WTO, Kazakhstan has improved a number of legislative acts in the field of currency regulation, pricing and development of competition, tax policy, customs regulation, import licensing, protection of intellectual property rights, ensuring product safety, including through technical regulation, sanitary and veterinary measures.

To facilitate business processes and improve the investment climate in Kazakhstan, amendments to more than 50 legislative acts have been introduced. In June of this year, the Ministry of Trade and Integration of the Republic of Kazakhstan was created, which is called upon to formulate and implement the country's internal and external trade policy, including promoting issues of interaction with the WTO.