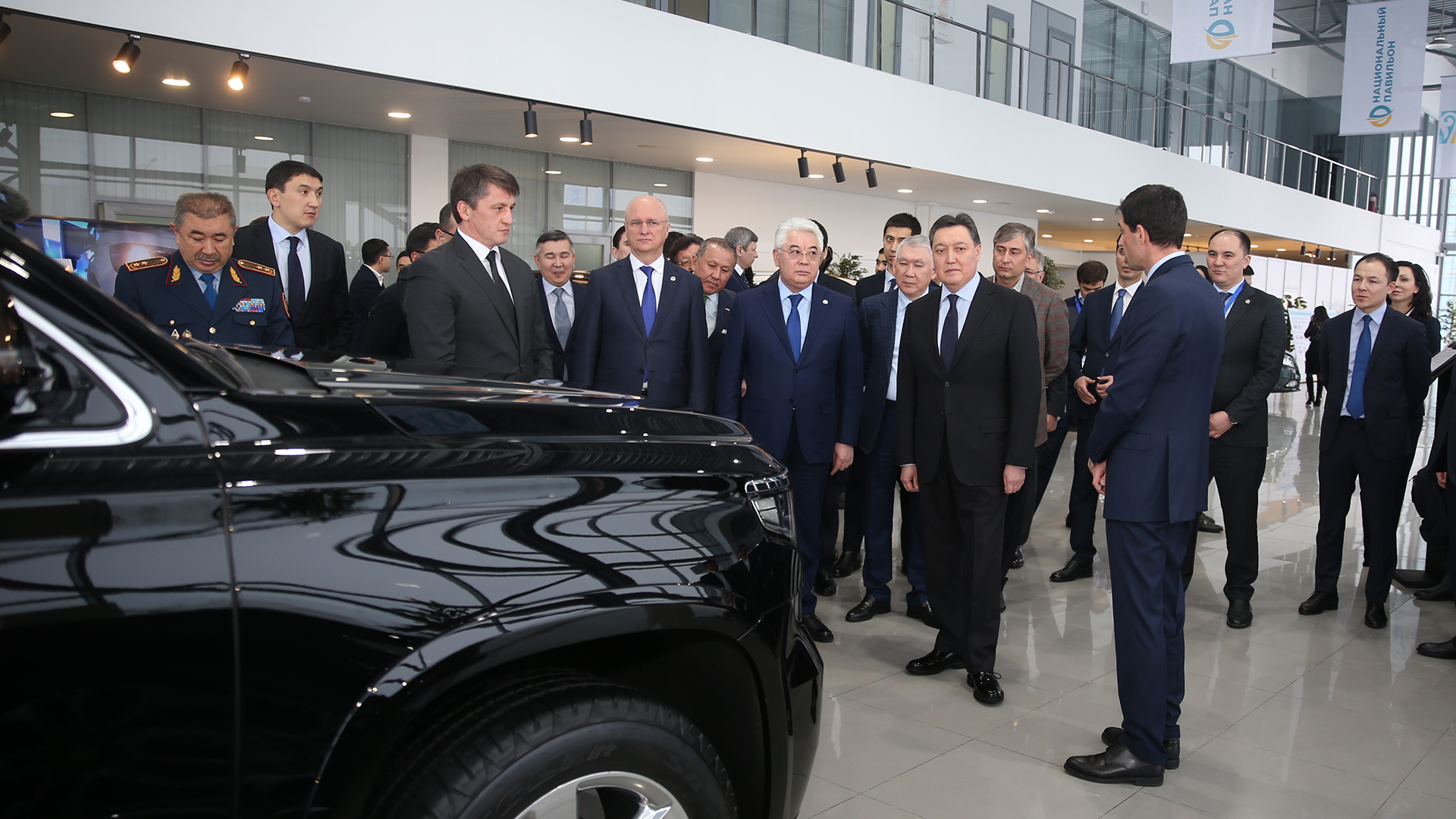 Prime Minister Askar Mamin visited the National Automobile Pavilion, where he got acquainted with the plans for the development of the automotive industry of Kazakhstan for 2020.

President of Auto Business Association of Kazakhstan Andrey Lavrentyev, General Director of the Astana Group Nurlan Smagulov, and Chairman of the Board of Uzavtosanoat JSC Shavkat Umurzakov reported on the status and development prospects of the Kazakh auto industry, as well as cooperation between car manufacturers of the Republic of Kazakhstan and the Republic of Uzbekistan.

At the end of 2019, the share of the automotive industry in mechanical engineering of the Republic of Kazakhstan amounted to 26% (in 2018 – 19%), more than 50 thousand pieces of equipment were produced with a total value of about 360 billion tenge, and about 2.7 thousand cars were exported. 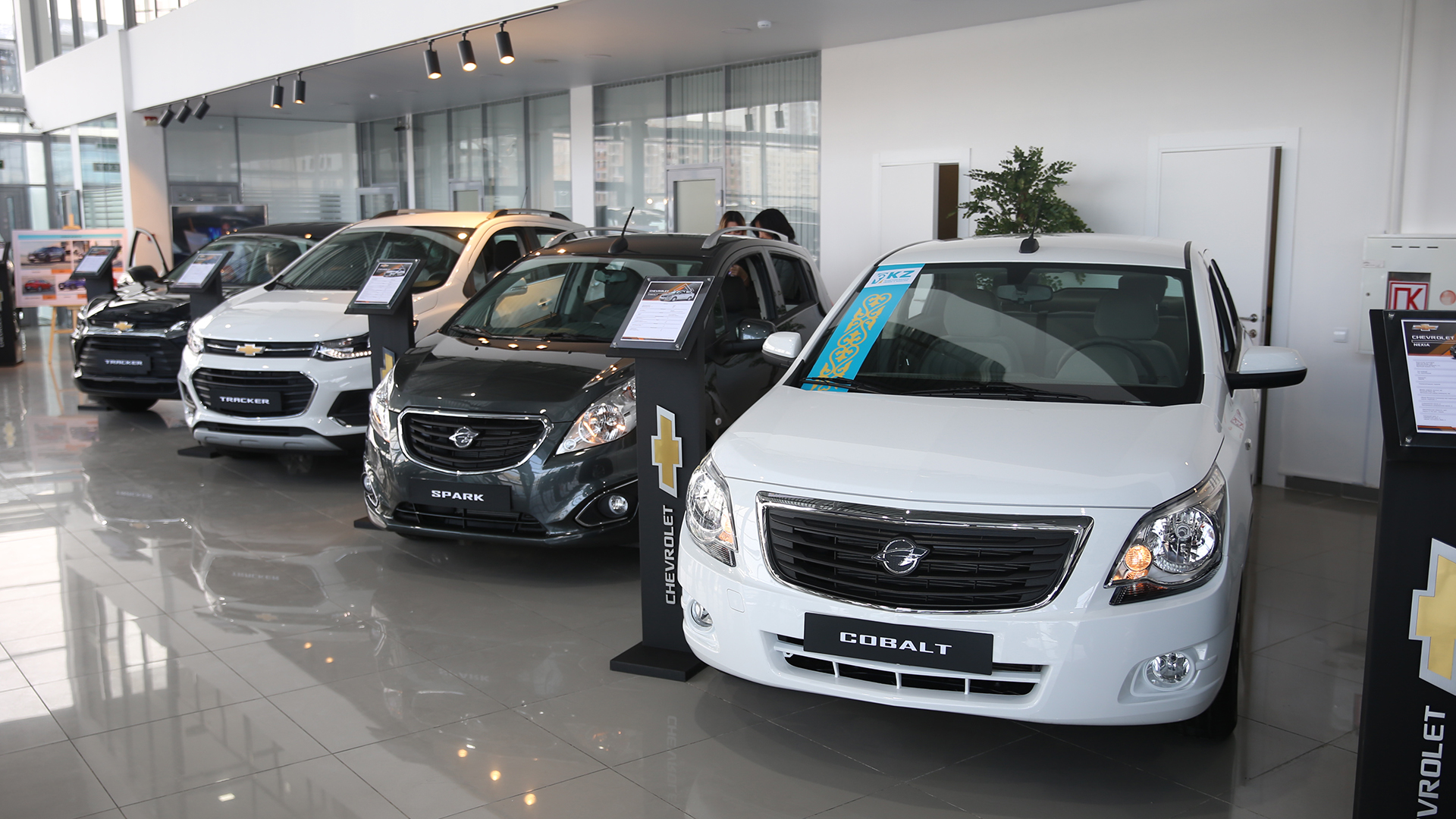 The share of Kazakhstani cars in sales increased to 59% (in 2018 – 49%), 4 of the 5 best-selling automobile brands in the Republic of Kazakhstan are of domestic production.

This year, Kazakhstan will begin production of over 10 new car models. In the short term, the total volume of automotive industry production is planned to be increased to 100 thousand cars, of which 10-15 thousand – to export to Russia, Kyrgyzstan, Uzbekistan, Tajikistan, Belarus, Azerbaijan and other countries. The Hyundai plant with a capacity of 45 thousand cars per year will be opened in Almaty. Automakers will take measures to increase the accessibility of cars to the public. 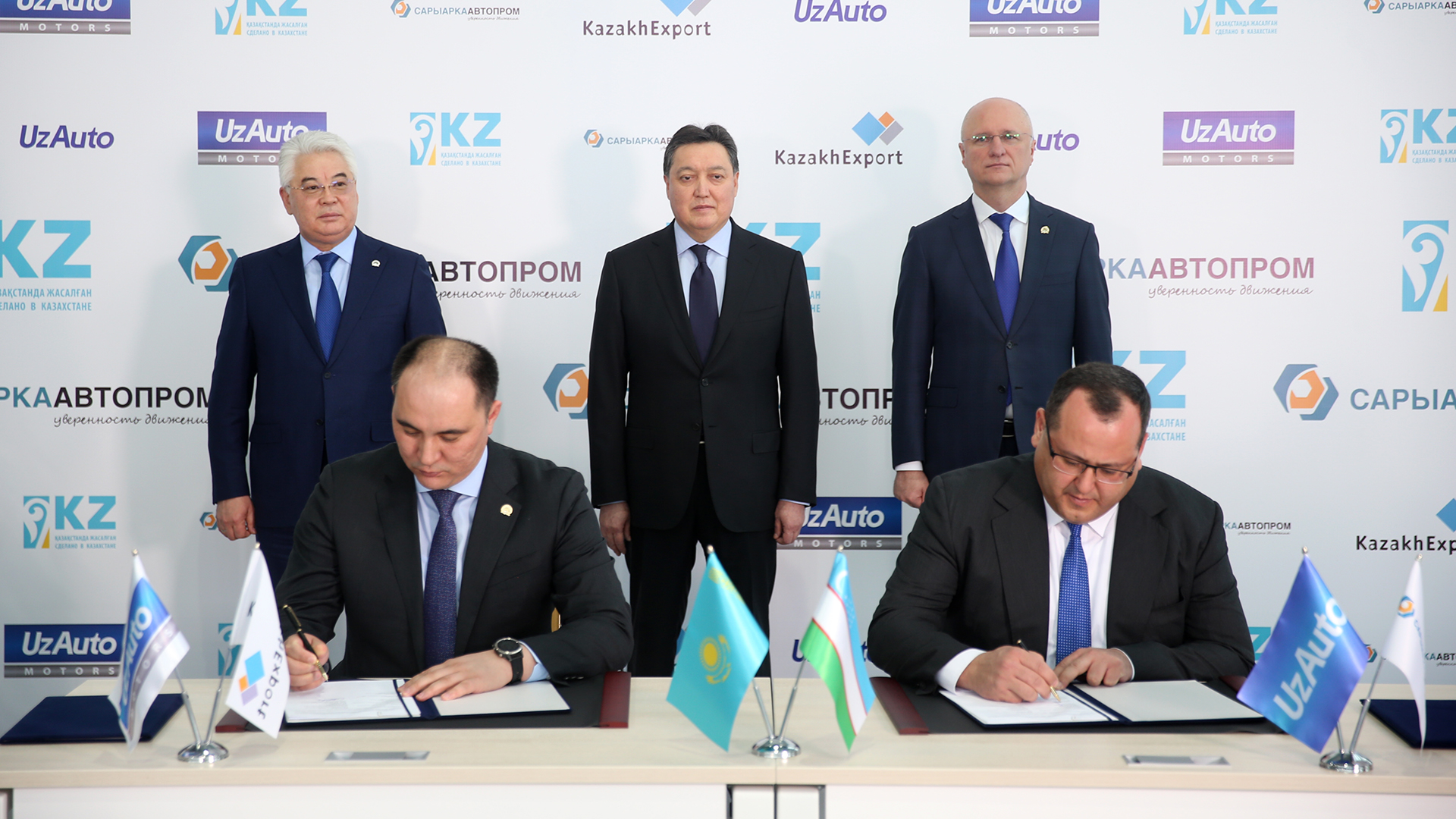 In the presence of the Prime Minister Askar Mamin, a cooperation agreement was signed between Uzavtosanoat JSC and KazakhExport Export Insurance JSC, as well as an agreement on the supply of car kits between SaryarkaAvtoProm LLP and UzAuto Motors JSC.

The head of government was shown the models of the Damas bus, Labo truck, and the Chevrolet car (Tahoe, Traverse, Trailblazer, Equinox, Malibu, Tracker, Onix, Spark, etc.), which are planned to be assembled in Kostanay.