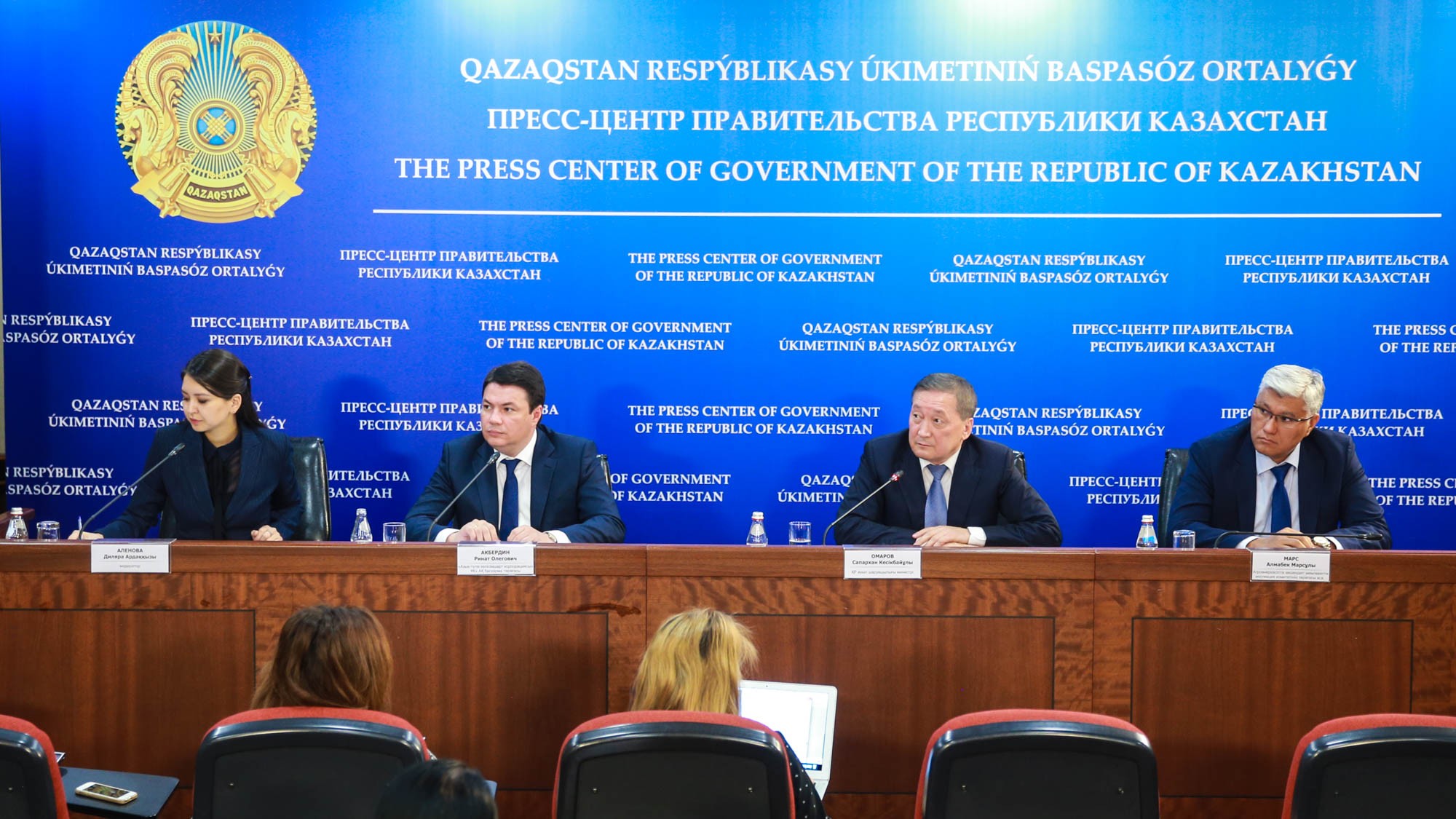 At a press conference in the Government of Kazakhstan, the Minister of Agriculture Saparkhan Omarov, Chairman of the Board of Food Contract Corporation NC Rinat Akberdin spoke about the harvesting process, export development and measures to support domestic agricultural producers.

According to the Ministry of Agriculture, this year it is planned to collect 19 million tons of grain. Depending on the quality, the cost of grain will be from 62 to 70 thousand tenge per ton.

In general, a budget loan of 60 billion tenge, 395 thousand tons of cheaper fuel and lubricants was allocated to finance spring field and harvesting operations, the cost of which is 15 tenge cheaper than the market price.

To date, 2,169 agribusiness entities have been funded to support the cultivation of agricultural crops on an area of ​​3.1 million hectares.

According to Omarov, in the current season JSC Food Contract Corporation plans to purchase up to 1 million tons of grain.

In turn, the chairman of the board of Joint-Stock NC Food Contract Corporation, Rinat Akberdin, spoke about the ongoing work on grain export and the main markets for domestic agricultural products.

“This year, the main export flow will be directed to traditional markets – these are the countries of Central Asia, Azerbaijan, Afghanistan, Iran. About 7.5 million tons were delivered last year, which is 68% of total exports,” Akberdin said. “Deliveries to Turkey, Georgia, Italy, and Spain are also growing.”