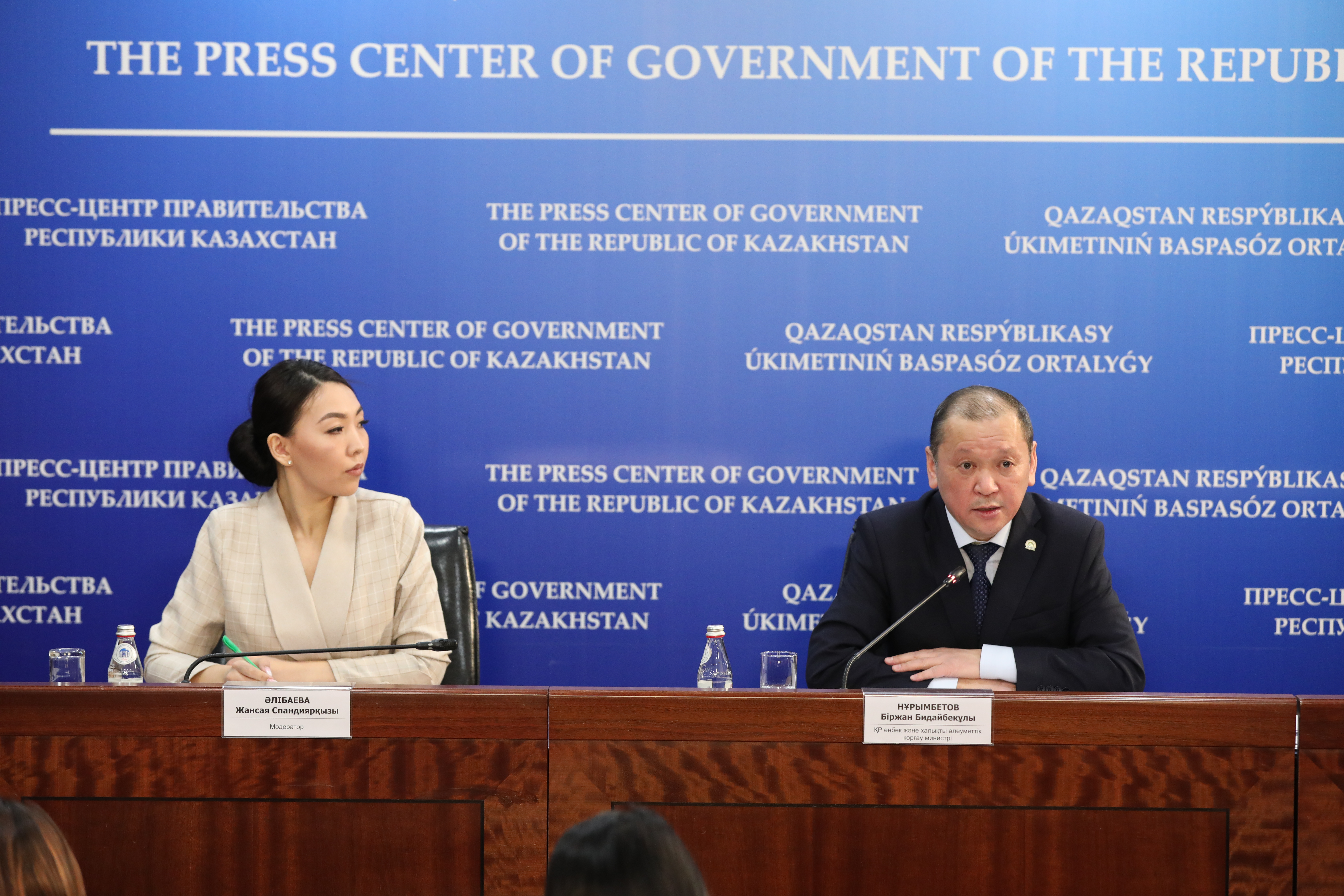 At the press conference in the Government, Minister of Labor and Social Protection of the Population Birzhan Nurymbetov spoke about the measures taken to prevent violations of labor legislation, including the attraction of foreign labor.

“In the second half of the last year, inspections were conducted together with the General Prosecutor's Office at 95 large enterprises that attract more than 30 foreign specialists. According to the results of inspections, over 1,000 violations of migration laws were revealed, while 27 companies made about 470 facts of imbalances in wages,” the minister said.

According to Nurymbetov, as part of the operational measures, 397 administrative cases were initiated, fines totaling more than 100 million tenge were imposed, 703 previously issued permits were revoked and 507 foreign specialists were expelled from the country, of which 250 were Chinese citizens, 43 Great Britain, 40 Albania, 30 Serbia, etc.

“It is very important to take systemic measures in the future, so today the first reading of the bill is taking place in the Majilis. Additionally, the duties and responsibilities of employers are established along with the creation of equal conditions for remuneration and working conditions. We are also reviewing the risk assessment criteria. The document, which regulates the frequency of inspections of companies, is now in the Ministry of Justice. After its adoption, the labor inspectorate will be able to annually inspect large companies that attract foreign labor,” the minister said.

In addition, in order to protect the domestic labor market, the Government of the Republic of Kazakhstan annually sets a quota for attracting foreign specialists to the republic. For 2020, the Government approved a quota of 29 thousand units. For comparison, last year there were 49 thousand people.

“The quota does not depend on last year’s indicator, it depends on applications submitted by employers. Today, according to the legislation, the order is as follows — all companies and enterprises submit applications to local executive bodies, how many and which specialists they would like to attract next year. From Aug. 1 to Oct. 1, commissions under local executive bodies consider all applications of employers taking into account the requirements of the law, and already submit their applications together with other central state bodies to the Ministry of Labor. The Ministry of Labor makes proposals to the government,” said the minister.

According to him, the local executive bodies, central government bodies for 2020 announced 43 thousand people of foreign labor to attract, but in the ministry this figure was revised and it was proposed to reduce the number to 29 thousand people.

He reminded that under the current legislation, for attracting a foreign specialist of any category, a company that attracts must pay a fee to the local budget, the amount of which is from 346 thousand tenge to 631 thousand tenge for each specialist. Last year, 8 billion 230 million were paid of such fees.

It should be noted that the adoption of the quota will protect the domestic labor market from unskilled foreign labor, employ more Kazakhstani personnel, and also satisfy the demand of employers for qualified foreign labor.