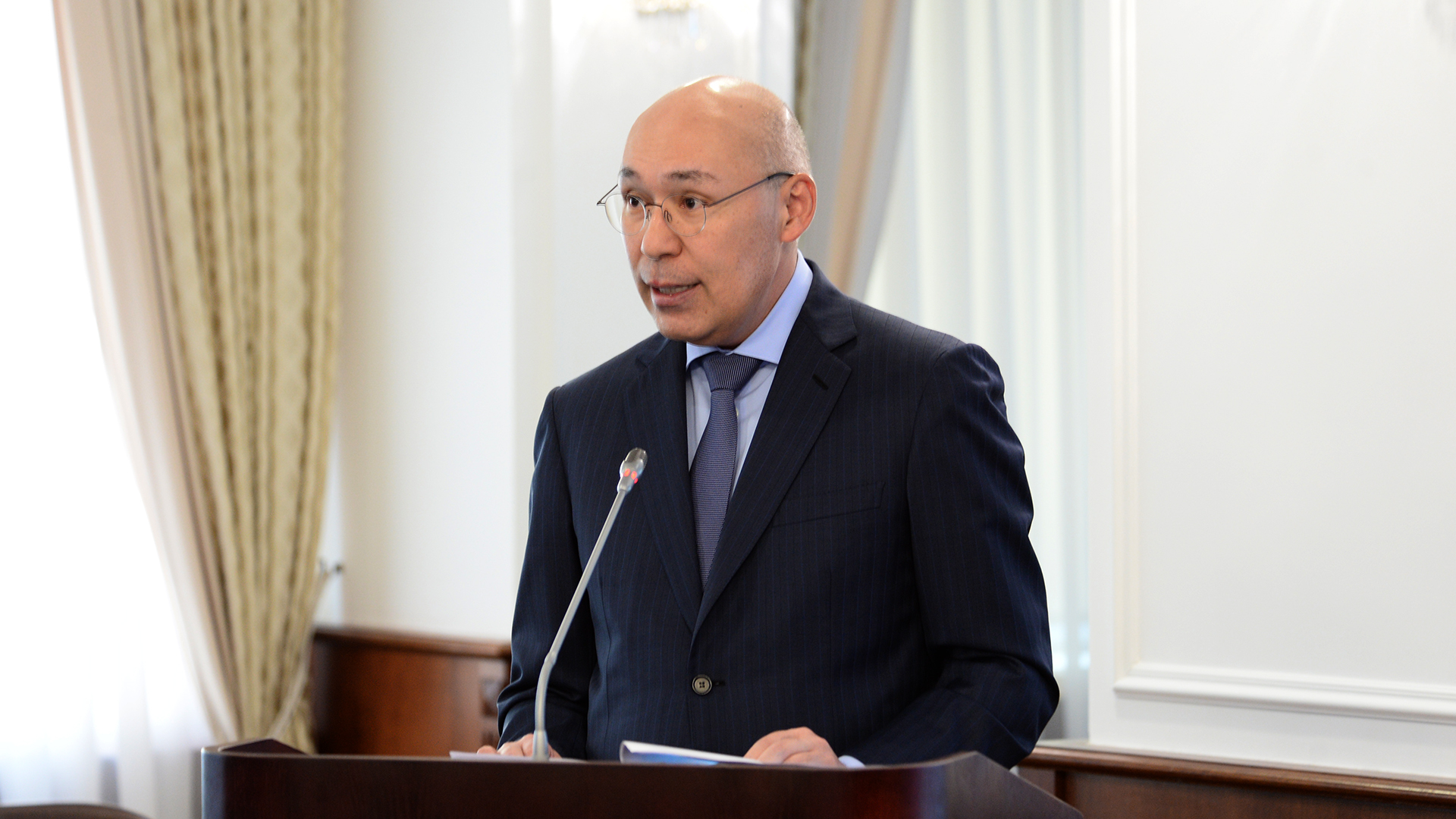 At the Government session chaired by the Prime Minister Askar Mamin, the issue of developing the Astana International Financial Center was considered.

AIFC Governor Kairat Kelimbetov presented the main results of the center’s activities, as well as reported on further development prospects. Today, a specific legislation of AIFC has been formed, about 70 rules of general application and financial regulation have been adopted, all the infrastructure necessary for the center has been prepared, and all AIFC bodies and organizations have been created.

According to Kelimbetov, the number of registered enterprises of the AIFC regulator increased to 235 companies from 26 countries (USA, UK, Switzerland, China, Hong Kong, etc.), including such large financial institutions as the China Development Bank, China Construction Bank, and the largest investment banks Wood & Co (Czech Republic) and CICC (Hong Kong), by the end of 2020 their number will increase to 500.

In November 2018, the work of the AIFC Exchange was launched. The global financial industry leaders — the Shanghai Stock Exchange, the Nasdaq American Exchange, the Silk Road Fund and the largest US investment bank Goldman Sachs — have become strategic partners and shareholders of the exchange, providing access to investment liquidity in these vast regions, including through the Belt and Road Initiative.

AIFC, together with the EBRD, will continue the project to develop the country's capital market and upgrade its status in the global MSCI index to the level of countries with developing economies.

In order to facilitate the transition to a green economy and sustainable growth, AIFC promotes the development of green finance on its site. Together with the EBRD, a fundamental basis has been adopted — the Concept of a green financial system for Kazakhstan, the AIFC Strategy in its implementation, as well as the Rules for issuing green bonds on the AIFC Exchange.

As part of digitalization, at the beginning of this year, the eJustice online dispute resolution system, unique for the region, was launched, allowing the parties to the dispute to file an action with the AIFC Court in electronic form from anywhere in the world.

All this allowed the AIFC to take 51st place out of 102 in the prestigious Global Index of Financial Centers and 1st place among the financial centers of Eastern Europe and Central Asia, ahead of Istanbul, Warsaw, Budapest, Moscow and Baku. 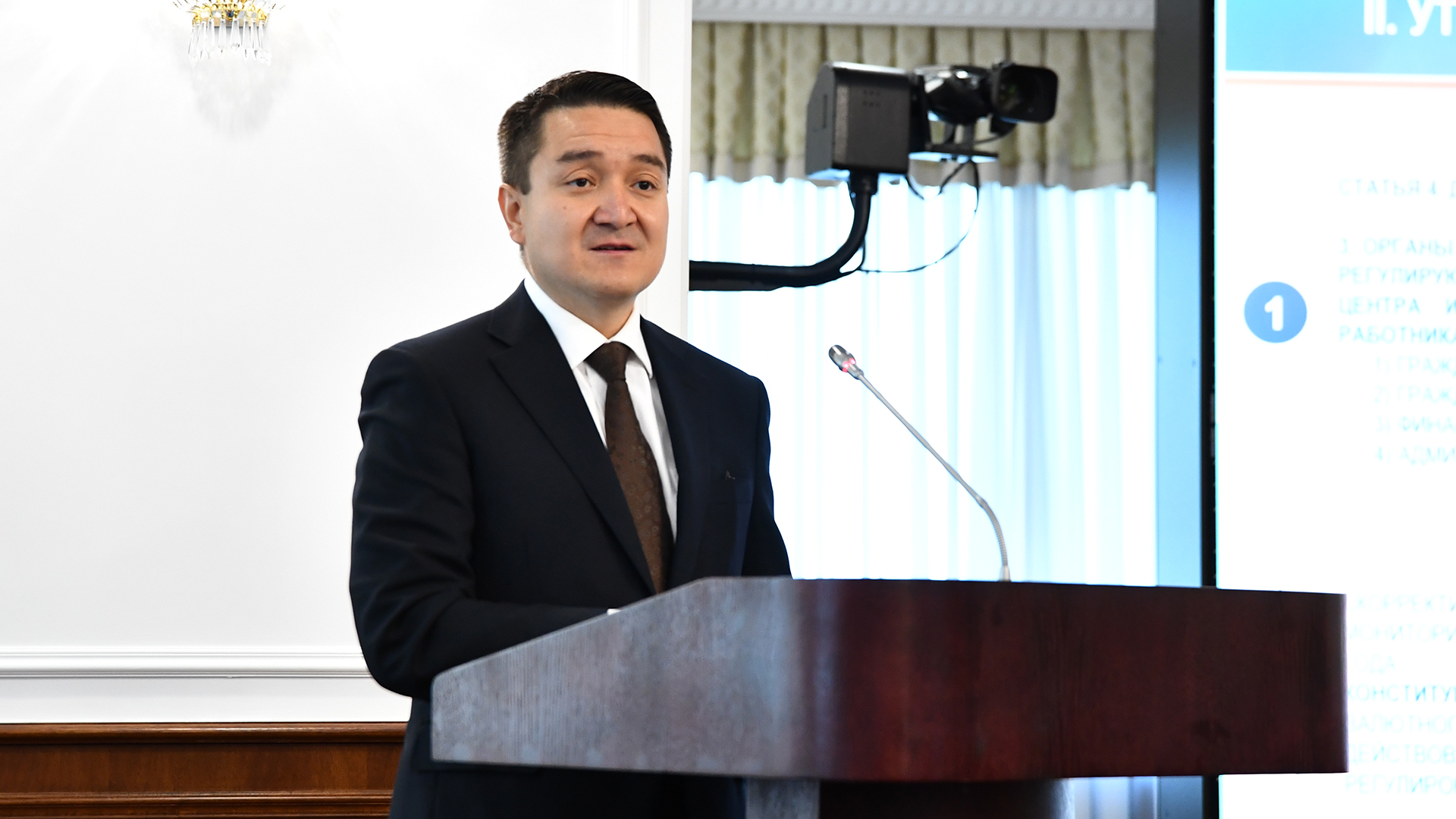 The proposed amendments can be divided into 2 blocks:

As Sholpankulov notes, the first block — the investment residency program — is a fairly common phenomenon in the modern world.

Today, there are more than 80 similar programs that offer two types of residency programs. The first type is the programs implemented in countries such as the USA, Canada, Spain, as well as Latvia and Greece, in which they provide a residence permit in exchange for investment. The second type of program involves obtaining an investment visa and tax residency of the country (that is, an investment tax residency program). Such countries are Italy, Switzerland, Cyprus and the United Kingdom.

In Kazakhstan, it is proposed to apply the second type of program — investment tax residency.

Thus, the bill provides for the introduction of the concept of “investment resident” and the program “investment tax residency.”

The tax residency program is approved by the AIFC act, but will be agreed upon with authorized state bodies without fail. In particular, the Ministries of National Economy, Foreign and Internal Affairs, as well as the National Security Committee.

The program will determine the volumes and instruments of investment, procedures for obtaining investment tax residency.

The main concept of the investment tax residency program is to attract investments in exchange for the receipt by the investor and his family members of a multiple entry visa to the Republic of Kazakhstan.

Potential investors will invest their funds in financial instruments and securities traded on the AIFC exchange.

Also, the bill for investment tax residents proposes exemption from the payment of individual income tax on income from sources outside the Republic of Kazakhstan.

In this case, income arising within the Republic of Kazakhstan will be taxed in accordance with the Tax Code, and income of foreign origin will not be taxed.

This measure is aimed at investors seeking to optimize their tax expenses, thereby increasing the investment attractiveness of the country.

The draft law provides for exemption from VAT from the services of AIFC participants.

The second block of amendments includes clarifying standards related to the activities of the AIFC. Thus, the bodies of the Astana International Financial Center will be entitled to adopt acts regulating labor relations and procurement procedures.

A clarifying amendment is also introduced to bring it in accordance with the new Law on Currency Regulation and Currency Control.

“In conclusion, I want to note that the launch of the investment residency program in Kazakhstan should bring significant investment in the long term,” Sholpankulov said.