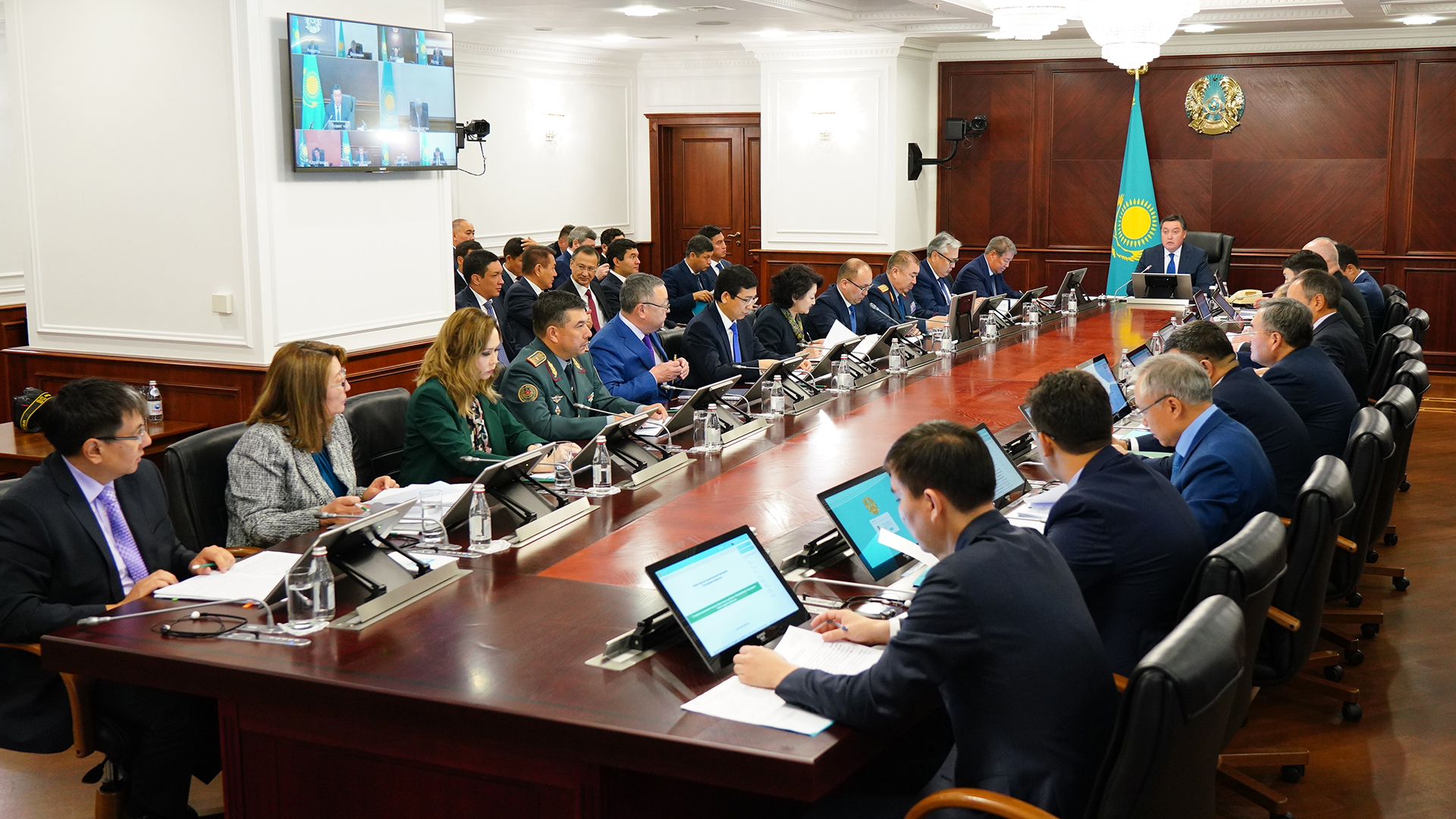 At the Government session chaired by the Prime Minister Askar Mamin, ways of implementing a pilot project in Zhambyl region to increase incomes of the population through support of personal subsidiary plots in the village were considered.

Akim of the Zhambyl region Askar Myrzakhmetov, Minister of Labor and Social Protection of the Population Birzhan Nurymbetov, Vice Minister of Agriculture Rustem Kurmanov, and Deputy Prime Minister Berdibek Saparbayev reported on the work done to develop a mechanism for the implementation of the instructions of the Head of State Kassym-Jomart Tokayev on the specified pilot project.

The project provides for government support measures in the following areas: the effective use of household plots for the development of crop production, livestock and poultry farming, as well as land resources belonging to each villager, outside of settlements (mutual units, etc.); the creation of a cooperative in each rural district with the necessary equipment, equipment and working capital.

The implementation of the pilot project requires about 46.4 billion tenge with a development period until the end of 2020. In 2020, at the initial stage in 10 rural districts of 10 districts of the region, 7.2 billion tenge is required, which are supposed to be used to issue 2,459 microloans, including 492 startup projects. Microcredits are planned to be provided in rural settlements and small towns with an annual interest rate of 2.5% for the ultimate borrower and for a period of not more than 7 years.

The Ministry of Agriculture offers a budget loan to the regional akimat as part of the Enbek State Program for the Development of Productive Employment and Mass Entrepreneurship for 2017-2021, at a rate of 0.01%. Akimat, in turn, carries out further lending to the population with the assistance of an attorney agent. At that, Taraz SEC will act as an agent and the interest rate for the final borrower will be 2.5%.

“As you know, we face a serious task of increasing the well-being of Kazakhstanis and improving the quality of life. We must provide citizens with all the necessary opportunities to implement their entrepreneurial initiatives, easily obtain loans, and conduct a family business. The provision of microloans should not be a simple distribution of money at a low interest rate. When implementing the project, it is necessary to provide tight control over the return of borrowed funds,” Mamin said.

The Prime Minister instructed the ministries of agriculture, labor and social protection of the population by the end of September to introduce a mechanism for implementing the pilot project, as well as to ensure proper monitoring of the timely achievement of the announced indicators.

“Next year we will summarize the implementation of the pilot project,” the prime minister concluded.