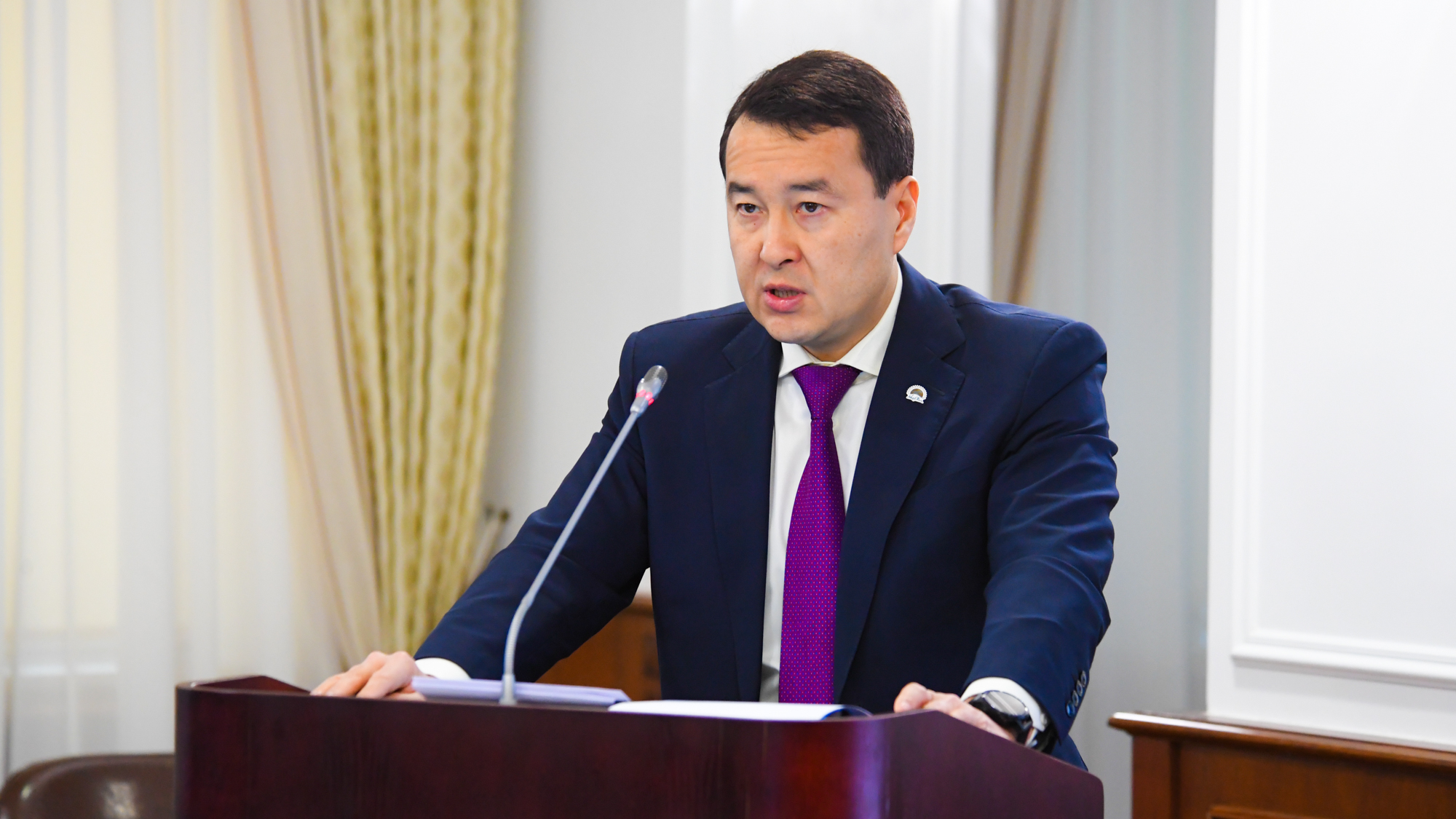 At the government session chaired by Prime Minister Askar Mamin, First Deputy Prime Minister – Minister of Finance Alikhan Smailov reported on the implementation of the state budget for January-February 2020.

The state budget revenues (excluding transfers) were fulfilled by 97.3% of the plan of the reporting period, the republican budget by 83%, and local budgets — by 145.3%.

As Smailov noted, the incomplete execution of the republican budget revenues was affected by external factors.

First, the situation with the coronavirus epidemic that broke out in China at the end of 2019 has a negative impact on VAT on imports.

As a result, customs duties and taxes from imports of goods from China decreased by 12%.

In general, over the 2 months of this year, there has been a decrease in the number of motor vehicles by 24% and railway transport by 14% from China.

In addition, in February 2020, a 20% decrease in the number of vehicles importing goods from the EAEU countries was recorded.

In addition, there was a decrease in revenues by more than 56% for 18 second-tier banks.

In general, despite the negative influence of the external factor, it was possible to ensure the growth rate for VAT by 110.5% compared to the same period in 2019.

This year, the republican budget provides for targeted transfers in the amount of 1.5 trillion tenge. In the reporting period, 97.7 billion tenge was allocated to the regions. According to operational data, 92.3% was mastered.

For the reporting period, on state audit and cameral control 334 audit events were conducted. An audit covered 187 billion tenge of budget funds. Financial violations amounting to 44 billion tenge were identified.

Sixty-eight assets are planned to be sold for the management of state assets for 2020. Thirty-four were put up for sale. During the reporting period, six of them were sold for 3.2 billion tenge. Twenty-eight are at auction.

Smailov emphasized that in the current economic conditions associated with external factors, appropriate measures will be taken to ensure balance and sustainable development of the state budget.

First of all, the expenses of the republican budget will be optimized. Directions of optimization are defined.

First, the acquisition of expensive furniture and vehicles, seminars, forums and other fashion events.

For these costs, preliminary work has been carried out. The Roadmap has been approved with step-by-step actions of state bodies, regions and quasi-sector entities.

Second, expenditures, projects and activities that are not priority for the current conditions, which can be postponed to later dates, as well as new projects, including those that were included in the budget with suspensive conditions.

It was noted that the full implementation of social obligations will be ensured.

In addition, measures will be taken to index pensions, benefits, TSAs, taking into account the revision of the inflation corridor.

Also, some expenses tied to the tenge exchange rate will be required for indexation. These are government debt servicing, drug provision of the population within the guaranteed volume of free medical care, treatment of citizens of Kazakhstan abroad, training under the Bolashak program and several others.

Third, another direction in the framework of ensuring a balanced budget is the revision of the dividend policy of quasi-public sector companies.

In conclusion, Smailov noted that in April, in order to ensure the implementation of all response measures, it is proposed to prepare a draft specification of the republican budget.