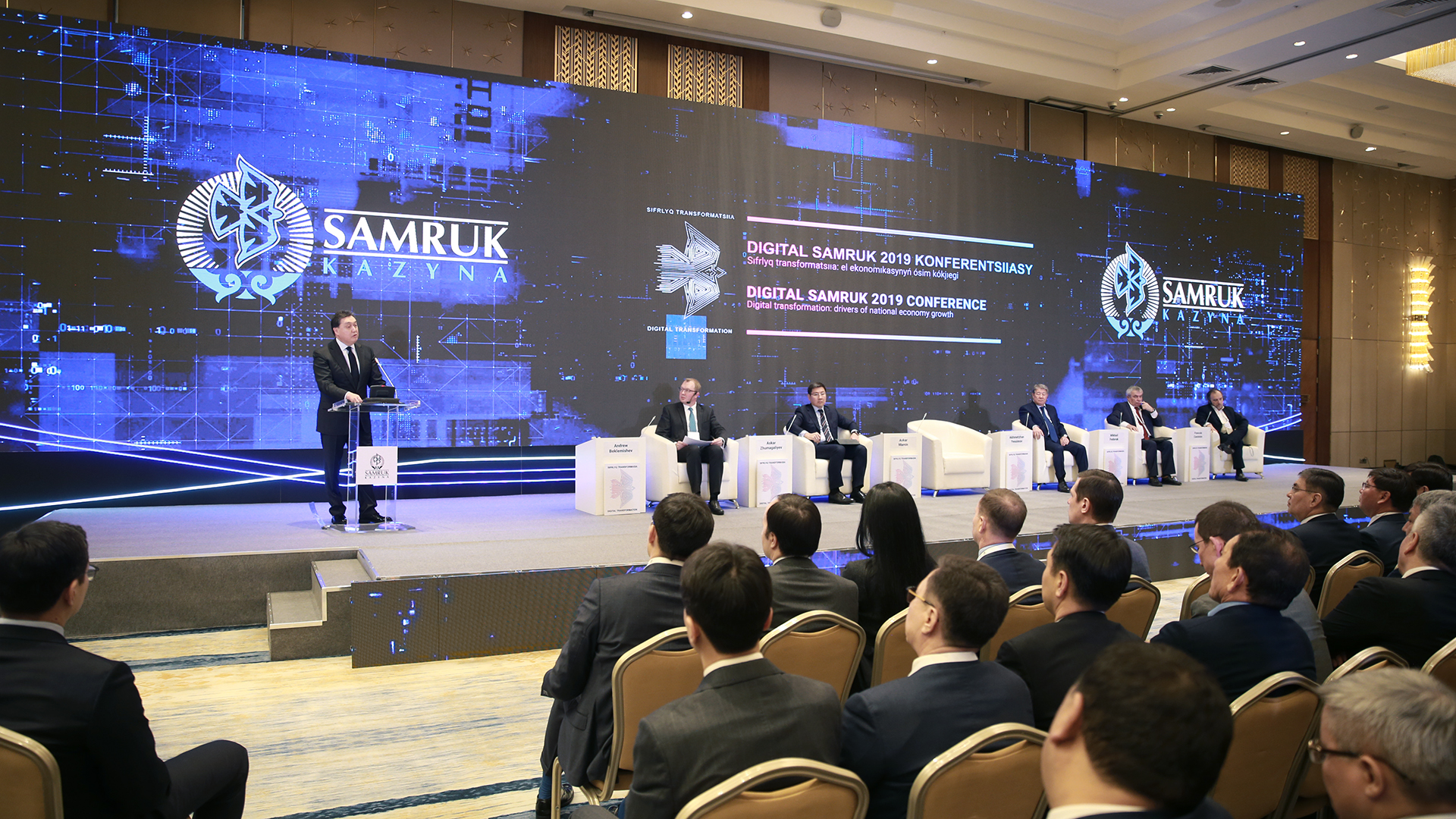 Prime Minister Askar Mamin attended the plenary session of the Digital Samruk conference on the topic of digitalization of the economy of Kazakhstan.

The Head of Government noted the growing relevance of digitalization of the Kazakhstani economy to ensure its further growth and competitiveness of the country on the world stage. The main tool in achieving this goal is the State Digital Kazakhstan Program.

“The total economic effect of the Program for 2018 and 2019 exceeded 600 billion tenge. Significant successes have been achieved in the introduction of digital technologies in the provision of public services, education, healthcare, the financial, transport and mining and metallurgical sectors, which allowed Kazakhstan to improve its position in current world ratings,” Mamin said.

The prime minister emphasized that digitalization can become the engine of the national economy and the generator of sustainable jobs only when it becomes a mechanism for creating new value. In this regard, it is necessary to gradually focus on product innovation. They will become the engine of development and adaptation of new technologies to the economy of Kazakhstan, and will allow launching a new wave of job creation.

“This month, as part of working meetings in San Francisco, agreements were reached on creating joint funds with market leaders in the field of acceleration and venture financing. We are taking consistent measures to increase the availability of financial resources in the sector. The Samruk-Kazyna Fund has great potential and opportunities to create sustainable demand for startup innovations,” said Mamin.

The Head of Government noted that, together with the World Economic Forum, an active phase of the project to launch the Regional Affiliate Center of the Fourth Industrial Revolution in Kazakhstan was launched.

“The new AIFC-based center will allow us to unite us with a network of large centers around the world, including Israel, India, China, the United Arab Emirates, the USA and Japan, helping to attract advanced business partners to Kazakhstan through a network of leading global partner companies of the World Economic Forum,”said Mamin.

The Prime Minister emphasized that further integration of digital technologies is crucial for Kazakhstan joining the list of 30 most competitive economies in the world and improving the well-being of Kazakhstanis. 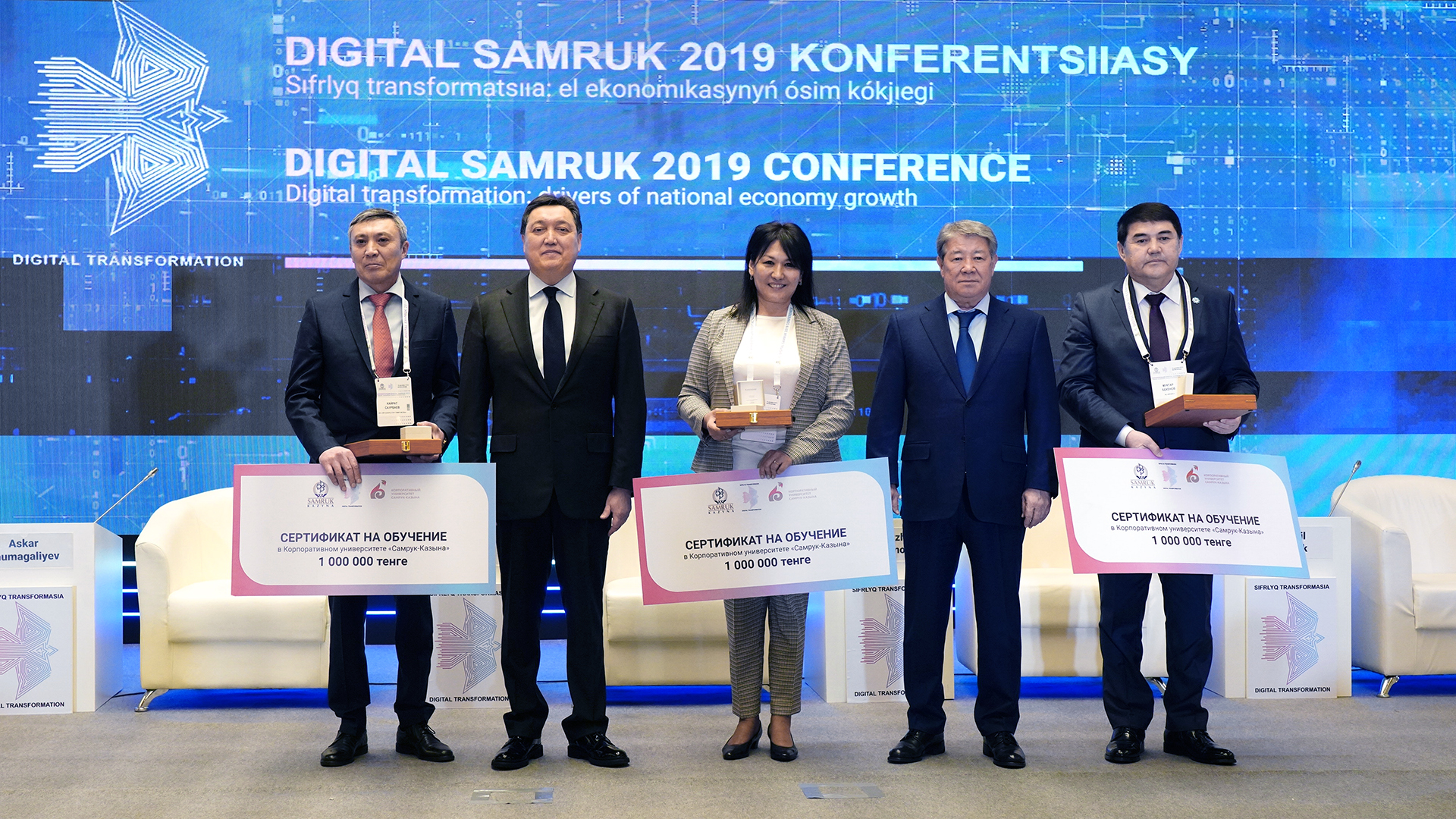 The Head of Government got acquainted with the exhibition of achievements in the field of digital technologies and smart cities of portfolio companies of JSC Sovereign Wealth Fund Samruk-Kazyna and their partners.

About 700 people took part in the event – Akhmetzhan Yessimov, Chairman of the Board of Samruk-Kazyna JSC, Askar Zhumagaliyev, Minister of Digital Development, Innovations and Aerospace Industry, heads of national companies, as well as representatives of IT and telecommunications business.