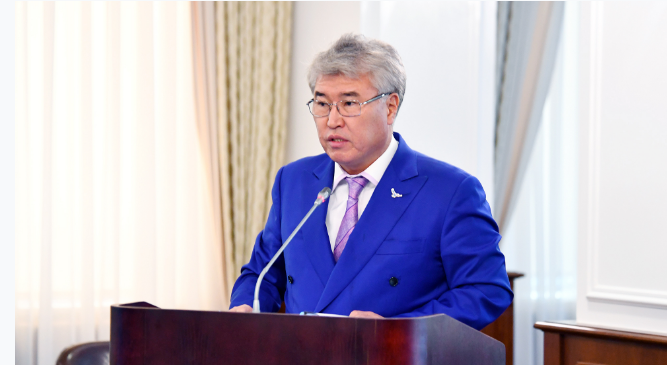 At the meeting of the Government chaired by the Prime Minister Askar Mamin, a draft State Program for the Development of the Tourism Industry for 2019-2025 was approved

According to the Ministry of Culture and Sports, the adoption of the State Program for the Development of the Tourism Industry for 2019-2025 and the accompanying draft law will make it possible to join the 50 countries most attractive for travel.

According to the minister, it is planned to create priority tourist areas and management companies in the TOP-10 of the most attractive tourist places, which will allow to implement more than 200 investment projects.

Another measure is the construction of sanitary facilities in tourist destinations within the framework of public-private partnership.

For the marketing and promotion of Kazakhstan on the world map of tourism, by analogy with foreign experience, it is planned to introduce a tourist fee — a “Bed Tax” — from foreign citizens of about 2-4 dollars per night. The measure will take effect throughout Kazakhstan from the moment the state program is adopted.

Minister of Culture and Sports Arystanbek Mukhamediuly also noted that the draft state program paid special attention to the liberalization of the visa regime. A set of measures will be implemented here from the optimization of the introduced e-Visa mechanism, the expansion of 72-hour visa-free transit. Along with this, it is planned to introduce the e-Hotel system and consistently address the issue of canceling invitations for foreign tourists. These measures will significantly increase the flow of foreign tourists into the country.

The draft law strengthens control over the activities of guide-interpreters with the introduction of mandatory mechanisms for their certification according to the experience of EU and OECD countries.

One of the points of the state program is the introduction of a mandatory classification of placements based on the standards of five stars. This measure will contribute to improving the quality of service and the availability of tourist products in Kazakhstan.

“It is proposed to introduce the mechanism of ‘KIDS GO FREE.’ which fully corresponds to the appeal of the Head of State made at the XVIII Congress of the Nur Otan Party to support children and promote their development,” the minister emphasized.

In addition, the State Program envisages the improvement of the work of checkpoints at the borders of the republic, as well as the introduction of the TaxFree system from 2022 on the experience of the European Union countries, Australia, Thailand, Singapore and some CIS countries. Thanks to this measure, many developed countries have increased not only trade momentum, but also shopping tourist flows.

During the consideration of the draft state program, a consultant of Kazakhstan office Jochen Berbner voiced an independent expert opinion on the development of tourist sites. He noted that Kazakhstan has a high tourist potential and, if successfully implemented, tourism will become a new driver of the economy of Kazakhstan.

Akim of East Kazakhstan region Daniyal Akhmetov, deputy akim of Akmola region Kanat Idrisov reported on the current situation and plans for the further development of tourism in the regions.