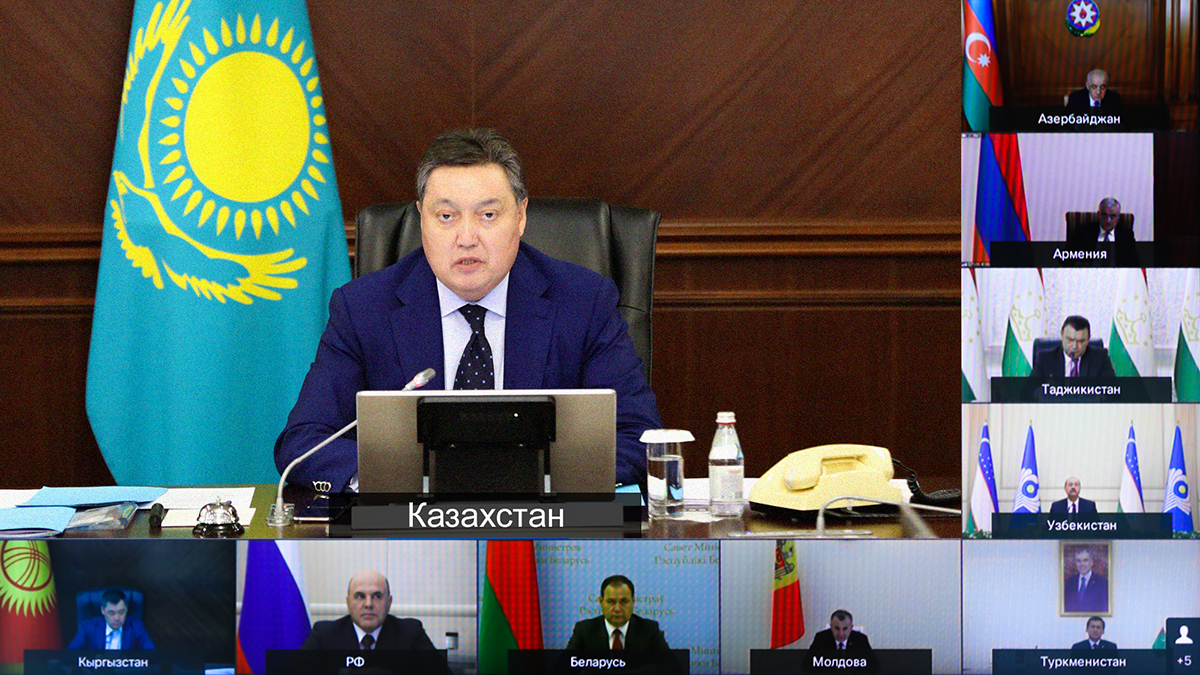 Askar Mamin took part in a videoconference meeting of the Council of Heads of Government of the Commonwealth of Independent States.

“We need to continue the joint search for points of interaction to minimize the consequences of the pandemic and prepare for new economic realities,” Mamin said.

The head of the Government of Kazakhstan stressed the need to ensure the effective implementation of the CIS Economic Development Strategy for the period up to 2030, including measures to minimize the consequences of the pandemic.

“Ensuring an uninterrupted flow of agricultural products between our countries is a key factor in ensuring food security and socio-economic stability in society,” Mamin said.

The head of government came up with an initiative for the implementation of joint tourism projects by the CIS member states. As an example, the work on the creation by Kazakhstan and Uzbekistan of a cross-border tourism product "The Great Silk Road" has been given. At the same time, the countries plan to harmonize visa regimes and organize a high-speed rail link along the road Turkistan - Shymkent - Tashkent - Samarkand - Bukhara - Khiva.

The prime minister proposed to develop a Joint Action Plan for the development and implementation of green technologies within the CIS.

"Coordinated work on environmental protection will create additional conditions for sustainable development of our economies and the quality of life of the population in the long term," Mamin said.

Topical issues of economic interaction within the CIS and an action plan for the implementation of the first stage of the Strategy for the Economic Development of the CIS up to 2030 were discussed.

Following the meeting, agreements were adopted on cross-border transportation of radioactive materials, information interaction of the CIS member states in the field of digital development of society, as well as solutions to strengthen cooperation in nuclear energy, agriculture, transport sector, mechanical engineering and other areas were presented.

The next meeting of the CIS CHS is planned to be held in May 2021 in Minsk.