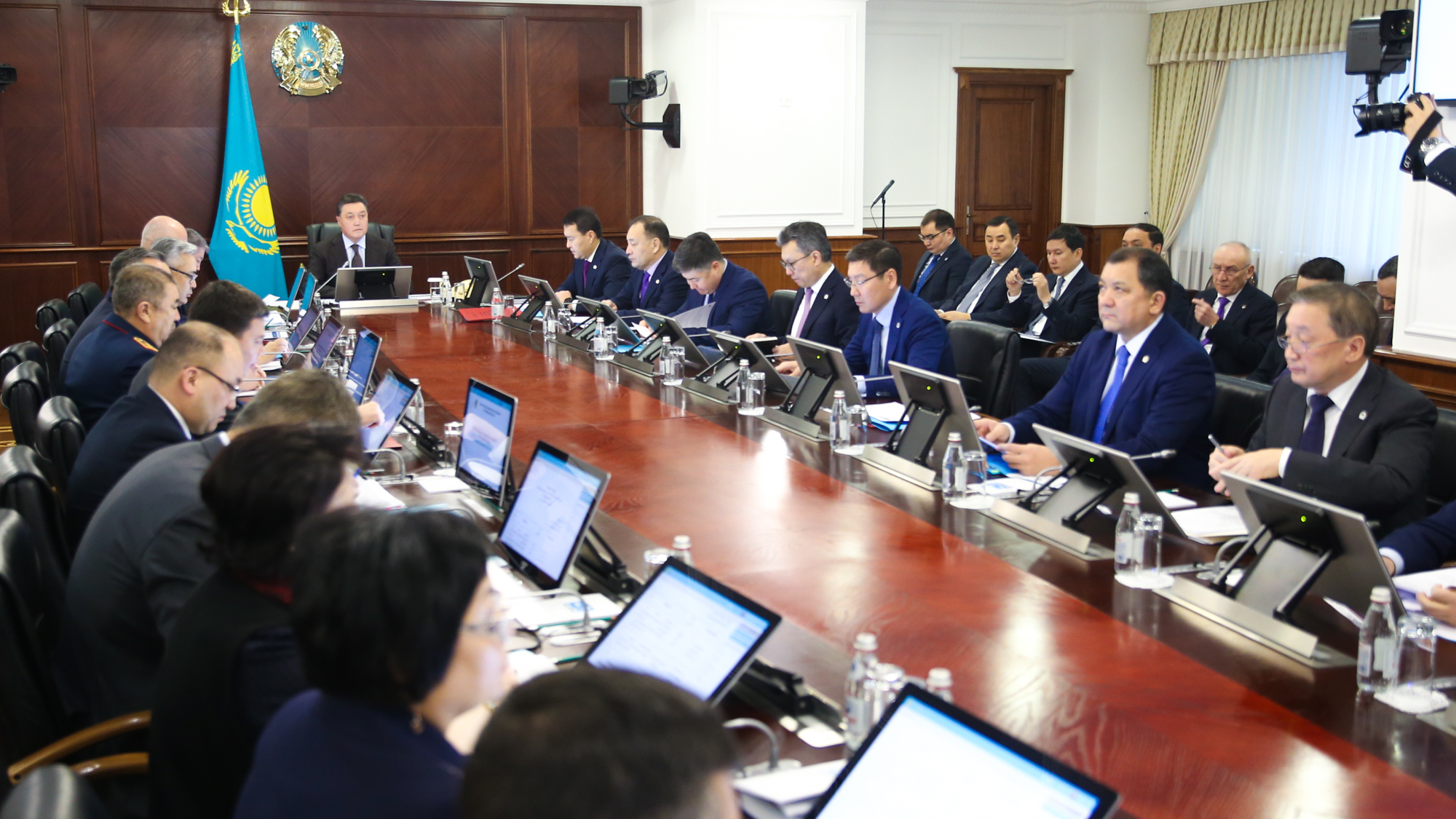 At the Government session chaired by Prime Minister Askar Mamin, the results of the country's socio-economic development and the implementation of the republican budget for January-February 2020 were considered.

Minister of National Economy Ruslan Dalenov, Chair of the National Bank Erbolat Dossaev, First Deputy Prime Minister – Minister of Finance Alikhan Smailov reported on the state of the economy, banking sector, implementation of the republican budget, and local content in public procurement projects, as well as Minister of Labor and Social Protection of the Population Birzhan Nurymbetov and First Vice Minister of Industry and Infrastructure Development Kairbek Uskenbayev reported on the labor market and implementation of infrastructural reports.

In January-February 2020, GDP growth amounted to 3.3% compared to the corresponding period of 2019. Investments in fixed assets increased by 11.6%, including private — by 12.1%. Inflation persists in the target band — 6%.

“Today, there is a negative trend in the foreign economy. Several major international financial organizations and development institutions have announced a decrease in forecasts for global economic growth this year. The impact of lower energy prices has intensified amid OPEC’s failure to reach agreement on the implementation of coordinated measures to stabilize the market,” said Mamin.

The prime minister emphasized that the Republican Working Group for Rapid Response was formed by the Head of State. Corresponding groups have been established in all regions. The Government has worked out several options for the further development of events, each of which is provided with the necessary resources, including financial ones. A few measures have been developed aimed at minimizing the effects of the negative external environment on the national economy.

“The main purpose of these measures is to maintain the welfare of the population. None of our citizens will be left in a difficult situation,” said Mamin.

The Head of Government instructed akimats to ensure the effective operation of stabilization funds for conducting commodity interventions in the markets for socially significant goods.

“We must use all available domestic reserves to stimulate demand for goods and services of domestic enterprises,” the prime minister said, instructing to develop a plan with specific measures to strengthen import substitution.

The prime minister instructed JSC SWF Samruk-Kazyna, national management holdings and other organizations accountable to the Government to coordinate their operations in the foreign exchange market with the National Bank.

The Ministry of Finance, together with state bodies, was instructed to make proposals within a week to revise the priorities of budget expenditures with the postponement of the implementation of non-priority investment projects.

The Head of Government instructed the Ministry of Labor and Social Protection of the Population to ensure timely social payments in full and to develop a new Employment Roadmap, under which to strengthen work on the implementation of infrastructure projects, the repair of social facilities and the improvement of settlements, as well as tight control together with akimats observance of labor rights of citizens.

“Our common task is to ensure social stability and employment. Particular attention must be paid to maintaining existing and creating new jobs. I emphasize that all social obligations of the state will be fulfilled. All pensions and benefits will be paid on time and in full,” summarized Mamin.