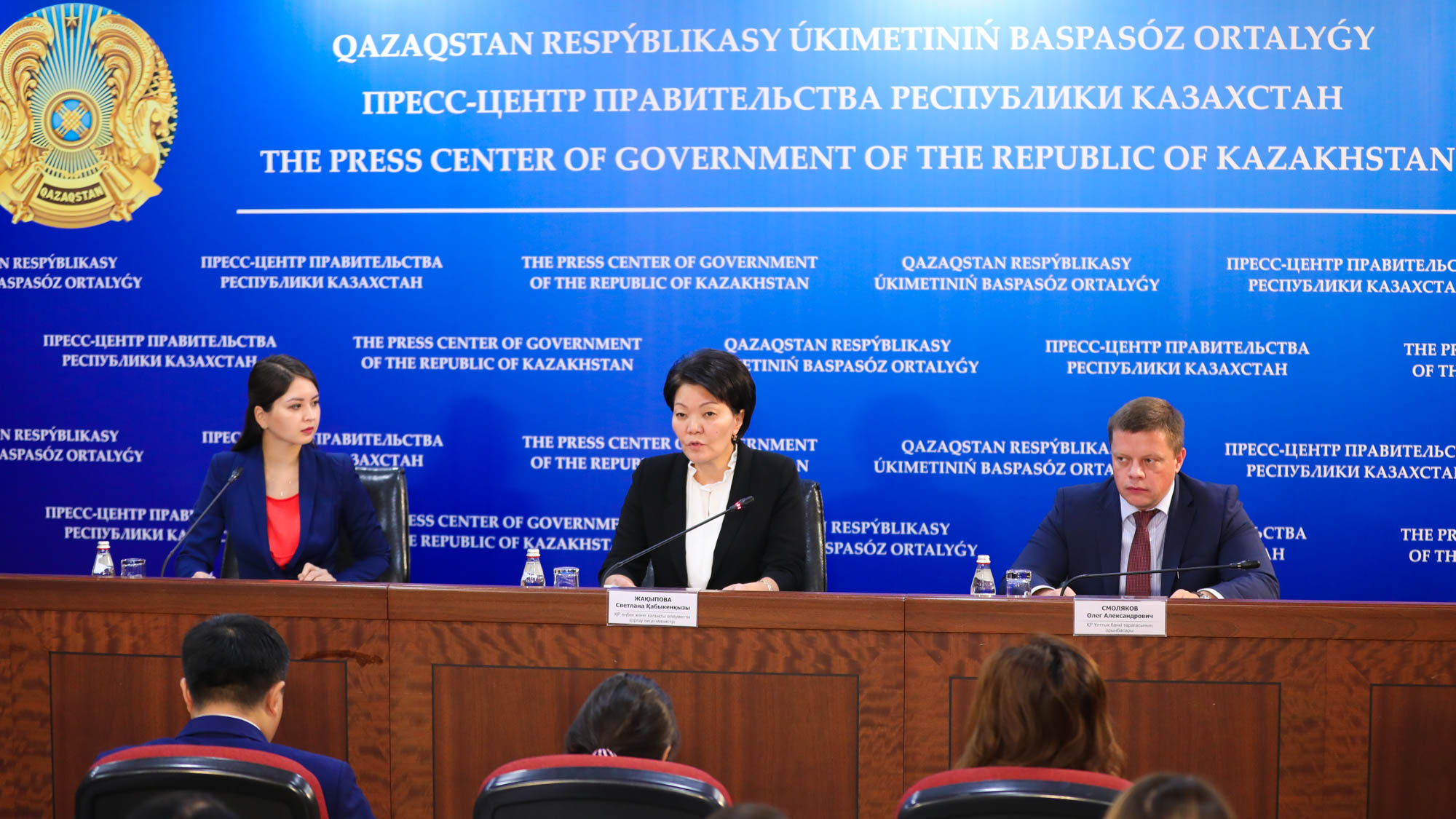 At the press conference in the Government, the Vice Minister of Labor and Social Protection of the Population Svetlana Zhakupova spoke about the measures taken to reduce the debt burden for Kazakhstani people in difficult situations.

According to Zhakupova, Kazakhstanis can clarify the possibility of repaying debt on loans and microcredits at the expense of the state using the electronic service “Checking a status to participate in program to decrease debt load,” on the main page of the e-government portal. For this, the electronic digital signature will be required.

“On the eGov portal, a service was organized to determine their status. A person goes under his EDS, logs in to the portal, enters the IIN and can get an answer,” the vice minister of labor and social protection of the population explained.

According to her, in the future it is planned to improve the service due to issues arising today.

“There are appeals when some citizens could not determine their status, although they classify themselves in one category or another. If a person justifies his membership in this category, then the lists will be supplemented. Given that the registry office database switched to digital format in 2008, but there are civil status acts that were concluded before 2008, and they are not digitized and are not present in the database. In this case, citizens will be asked to go to the registry office and digitize their marriage certificate. Thus, in the update mode, we will receive information about this citizen and the lists to reduce the debt burden will be supplemented,” Zhakupova explained.

So, a citizen who has lost one and / or two parents needs to contact the Ministry of Education and Science, a family member who is legally married – the Ministry of Justice to digitize his marriage certificate or birth certificate.

“If the orphan until the age of 29 did not find himself in the lists on the portal, then he can contact the Ministry of Education in writing to be included in the lists. In this case, he must attach a death certificate of his parents and a birth certificate. Thus, the Ministry of Education and Science will transmit lists to us online, and we will supplement them on the portal,” the vice minister explained.

Currently, the category of citizens who are in a difficult life situation and cannot service their loan obligations includes large families, families with disabled children and those who have lost the only breadwinner, recipients of targeted social assistance, orphans.

For all citizens who have unsecured consumer loans at banks and microfinance organizations, the penalties and interest charged will be written off as of July 1, 2019.

“Our goal is to help Kazakhstanis who find themselves in a difficult life situation, to give them the opportunity to improve the financial situation of their families. In a one-time action, direct and targeted financial assistance will repay the main debt and the accrued interest in the total amount of up to 300 thousand tenge in second-tier banks and microfinance organizations for each borrower falling into this category of citizens,” said Zhakupova.

As the vice minister noted, a ban is also imposed on charging penalties, commissions and other payments related to the issuance and servicing of loans for all unsecured consumer loans of individuals with overdue debts over 90 days.

“The ministry, together with other authorized bodies, carried out a reconciliation of databases, determined the personal data of people who fall into these categories. To date, more than 2 million 289 thousand people have been transferred to the credit bureau. The quantity is determined, the lists have been transferred,” she said.

The lists were checked for uniqueness and transferred to the National Bank and the State Credit Bureau. The National Bank, for its part, has carried out relevant work, including excluding those who do not have a loan, the total debt of more than 3 million tenge, or loans were transferred to collection organizations.

“The troubled loans fund with second-tier banks conclude agreements. As of today, about 507 thousand people have been determined to whom loans will be repaid,” Zhakupova said.

Moreover, as the vice minister of labor and social protection of the population emphasized, one person can have up to 2-3 loans, which do not exceed the amount of 3 million tenge.

“A lot of questions arise in society, if the spouse and the spouse have a loan, then how they will be repaid. Accordingly, according to the rules, the loan is repaid to both spouses if they fall under the terms of the Decree,” added Zhakupova.

Recall, June 26, 2019, the President Kassym-Jomart Tokayev, in order to provide timely assistance to reduce the debt burden on citizens of Kazakhstan in difficult situations, instructed to take measures to repay debts on unsecured consumer loans at second-tier banks and microfinance organizations.