Developing the economy of simple things: Soft loan program is implemented in Kazakhstan 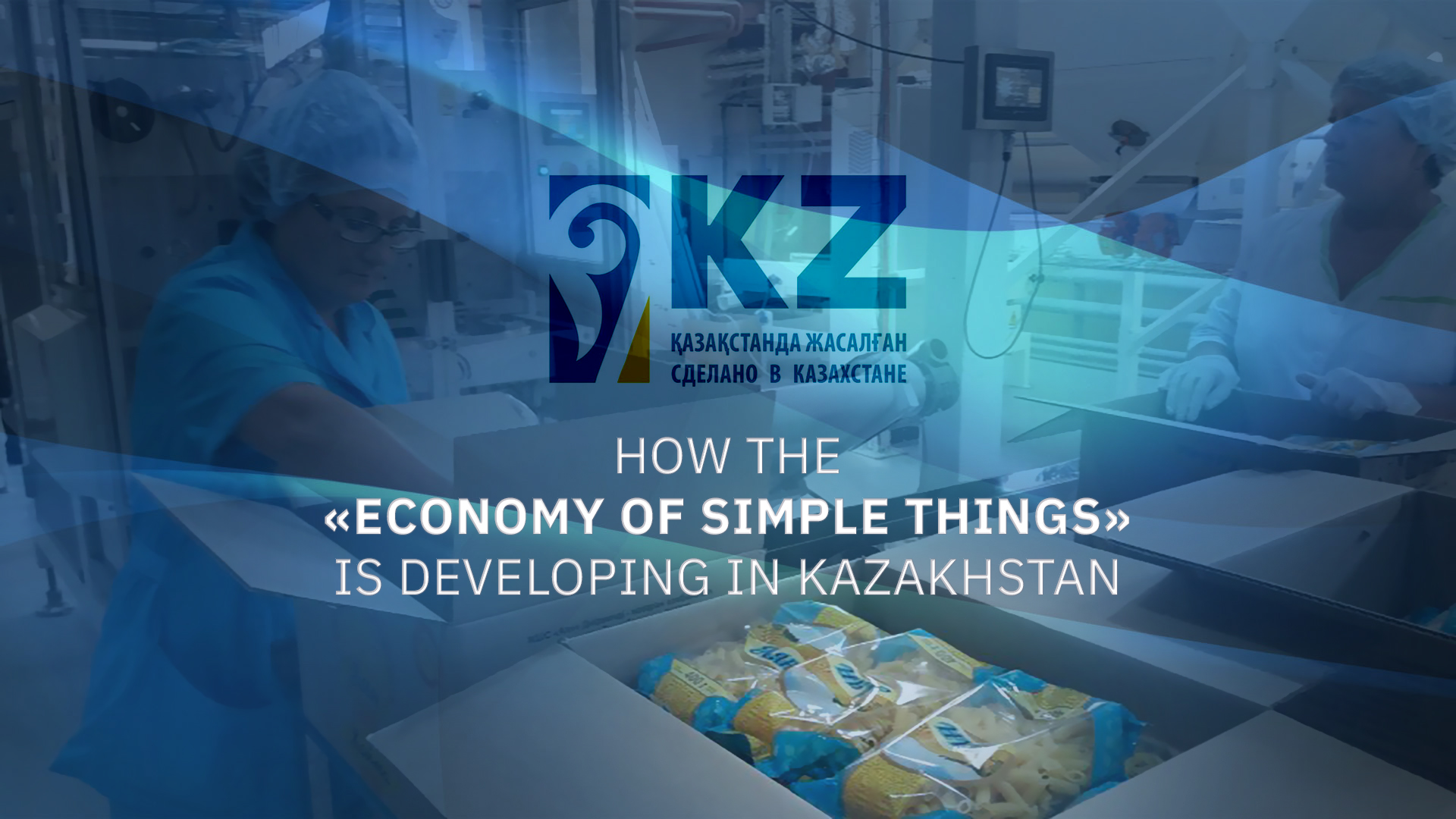 Today in Kazakhstan, special attention is paid to the development of industries of the so-called "economy of simple things." These are goods and services for everyday use. These include textile products and furniture, food production and much more. The need to develop this sphere was mentioned in the First President of the Republic of Kazakhstan – Elbasy Nursultan Nazarbayev’s Address “Growing Welfare of Kazakh Ciizens: Increase in Incomes and Quality of Life,” and the Head of State Kassym-Jomart Tokayev’s Address “Constructive Public Dialogue – the Basis of Stability and Prosperity of Kazakhstanis.”

Read the report by PrimeMinister.kz to learn what is the “economy of simple things,” what is its main importance for the people, how its development affects the growth of small and medium-sized business in the country and import substitution in the domestic market, as well as how to get soft loans.

What is the Economy of Simple Things?

We are talking about the release of products, as well as the provision of services that are daily used by citizens of Kazakhstan and which do not require significant investments and the use of complex technologies.

The development of the “economy of simple things” is the saturation of the domestic market with domestic goods, the stimulation of the competitiveness of the manufacturing industry, and, above all, the release of a wide range of consumer goods.

The goal of developing the economy of simple things is to create competitive industries in order to meet the needs of the population and replace imports of socially significant food products.

According to the Ministry of Industry and Infrastructure Development, today about 82% of industrial goods, 35% of food products, 23% of agricultural products are imported.

The Ministry of National Economy was involved in the development of support measures for the production of consumer goods, in other words, the economy of simple things. The agency, together with the National Bank of Kazakhstan and Atameken National Chamber of Entrepreneurs, immediately began to develop a comprehensive program to finance the real sector of the economy.

Dec. 11, 2018, a Government Decision adopted a program of concessional lending for priority projects.

The program was called the Economics of Simple Things. Its main task is to replace imported socially significant food products with local ones.

The List of goods for lending to priority projects was also approved. Lending is subject to the release of at least one product from this List.

The list of goods is selected on the basis of compliance with the following criteria:

Funds are provided on an urgent, paid and repayable basis by purchasing bonds of second-tier banks and Agrarian Credit Corporation JSC with an authorized capital of at least 60 billion tenge.

An entrepreneur can get a soft loan with full compliance of the project with the conditions of the Economy of Simple Things Program.

In order to monitor the implementation of this Program and the active involvement of business on the basis of Atameken NCE since March 27, 2019, there has been a project office for the development of industries of the simple things economy with the participation of government bodies, regions and development institutions. The main focus of the office was to facilitate the implementation of the Program, stimulate the investment activity of entrepreneurs and create favorable legal, economic and social conditions.

The office accompanies projects from the stage of developing a business plan to financing, monitors, identifies the reasons why banks refuse credit and offers new mechanisms to support them. In addition to Atameken, the Kazakhstan Institute of Industry Development JSC, the Association of Financiers of Kazakhstan and JSC Baiterek NMH are also involved in the office.

The Ministry of National Economy noted that with the approval of the loan by second-tier banks and if the projects comply with the program conditions, novice entrepreneurs can also become participants in the Economics of Simple Things program.

Lending is subject to business projects implemented in priority sectors of the economy according to the approved list of goods for lending to priority projects.

How is Soft Loan Program Improved?

About 300 meetings were held on a weekly basis at the site of the Project Office; more than 1,000 potential entrepreneurs from all regions were heard. To solve the systemic problems of business, amendments are being developed to improve the Program, some of which were adopted by the Government.

So, the first package of changes was introduced into the Program by the Decree of the Government of May 4 2019, valid from May 17. These are amendments regarding the introduction of a guarantee instrument, increasing the financing of working capital replenishment from 30% to 50% and the inclusion of a number of goods, such as poultry and cotton fiber. It is expected that these changes will provide support to more than 150 enterprises in the amount of 270 billion tenge, create more than 10 thousand jobs, increase tax revenues by 38 billion tenge. In total, the Project Office has about 900 potential projects worth over 700 billion tenge, of which 41 projects worth 25 billion tenge were approved by second-tier banks, and 111 projects worth 126 billion tenge are under consideration. By industry, the business is most interested in projects related to food, light industry, agribusiness and services.

Also, on the basis of the Project Office, a second package of amendments to the Program was developed, providing for a reduction in the interest rate for the final borrower with fixing the part subsidized by the state. This change will reduce the cost of credit for the entrepreneur and remove arbitration between programs. The second package of amendments provides for the introduction of a grace period for a loan in the amount of not more than 1/3 of the loan term (not more than 2 years 3 months) and the inclusion of new goods for lending under the Program.

In the second half of the year, a third package of changes was introduced into the Program.

To date, the Program of concessional lending has been amended in part:

The introduction of three packages of changes allowed attracting about 1,500 domestic producers to participate in the Program.

As noted in the Atameken NCE, today the Economy of Simple Things Program is gaining significant momentum and is one of the most popular concessional lending programs. Already after six months of the actual implementation of the program, about 25% of the allocated funds have been mastered.

Currently, the Project Office is working to provide financing of working capital up to 100% and refinancing of existing loans, which will have a significant effect on the implementation of the program and its development. So, the Government continues to study the following issues:

According to the Ministry of National Economy, from the moment of the actual implementation of the Program (from March 27, 2019) as of Sep. 9, 2019, 209 projects were approved for 139.6 billion tenge, including in the areas of light, furniture industry, construction industry.

At various stages of consideration, there are also 306 projects worth 321 billion tenge.

Of the 209 approved projects, 154 received loans for expansion and modernization, 55 — new enterprises. The projected number of jobs is 5,704; the amount of tax payments is 39,939 million tenge.

Can All Entrepreneurs Get Soft Loans?

In accordance with paragraph 5 of the Program, projects of private business entities are not subject to financing:

In conclusion, it should be noted that the effective implementation of the Credit Program will allow by 2025 to reduce the share of imports on goods credited under the Program from 59% to 37%, create about 16 thousand jobs, increase tax revenues by 1.1 trillion tenge.