The Procession of Golden Man through Museums of the World: Exhibition visited by over 1 million foreigners

The National Museum of the Republic of Kazakhstan hosted a press conference on the results of the international exhibition project "The Procession of the Golden Man through the Museums of the World" in 2019 with the participation of foreign experts in the field of museum activities.

As the Deputy Director of the National Museum of the Republic of Kazakhstan Abay Satybaldin noted, the goal of the international exhibition project is to familiarize the foreign public with the ancient history, rich culture and unique art of the Kazakh people.

“The start of the international project in 2019 was given at the Kazan Kremlin State Museum-Reserve. Further, the exhibition "The Great Steppe: History and Culture" was successfully held in the leading museums of Uzbekistan, Northern Macedonia, Turkey, Malaysia and Greece. For three years, the symbol of Kazakhstan – “Altyn Adam” was represented in 12 countries of near and far abroad. Over the years, over 1 million foreign visitors have visited the exhibition during the years of our project. The exhibition aroused great interest among our foreign viewers,” Satybaldin said.

According to him, the National Museum of Kazakhstan began to implement this special project in 2017 as part of the Rouhani Zhangyru program.

At a press conference, leaders of the leading museums of the world spoke and shared their impressions of the project.

Director of the State Museum of Art of Uzbekistan Vasila Fayzieva noted that this event is dedicated to the work done on exhibitions, which was held around the world throughout the year.

“The presentation of this exhibit aroused great interest among the general public. In the Republic of Uzbekistan, the project continued in Tashkent under the name ‘Great Steppe.’ I must say, there was great interest among the audience of this exhibition. The exhibition during the month covered more than 10 thousand spectators. Most of these viewers were young people. The creative intelligentsia of Uzbekistan looked at this exhibition with great interest. Such events contribute greatly to the relations between Uzbekistan and Kazakhstan in the field of culture and art. We need to conduct more such exhibitions,” said Fayzieva.

In turn, the Head of the Museum of Islamic Culture of the Kazan Kremlin (Republic of Tatarstan) Ilnur Nizamiev emphasized that the feature of the exhibition “The procession of the Golden Man through the World's Museums” is a constant study of the theme and the study of ancient culture in modern language.

“The golden man is the heritage not only of the Kazakh people, but of all mankind. This is a great opportunity to establish dialogue with different cultures and peoples. Every year this exhibition is transformed taking into account the venue. Research work is underway, ways of studying a culture that is more than 2.5 millennia are developing. Here we can observe the complete life cycles of the nomadic activity of ancient people. In our city, the exhibition was very popular, which captured many tourists. Within a month, almost 4 thousand people visited the exhibition,” Nizamiev said. 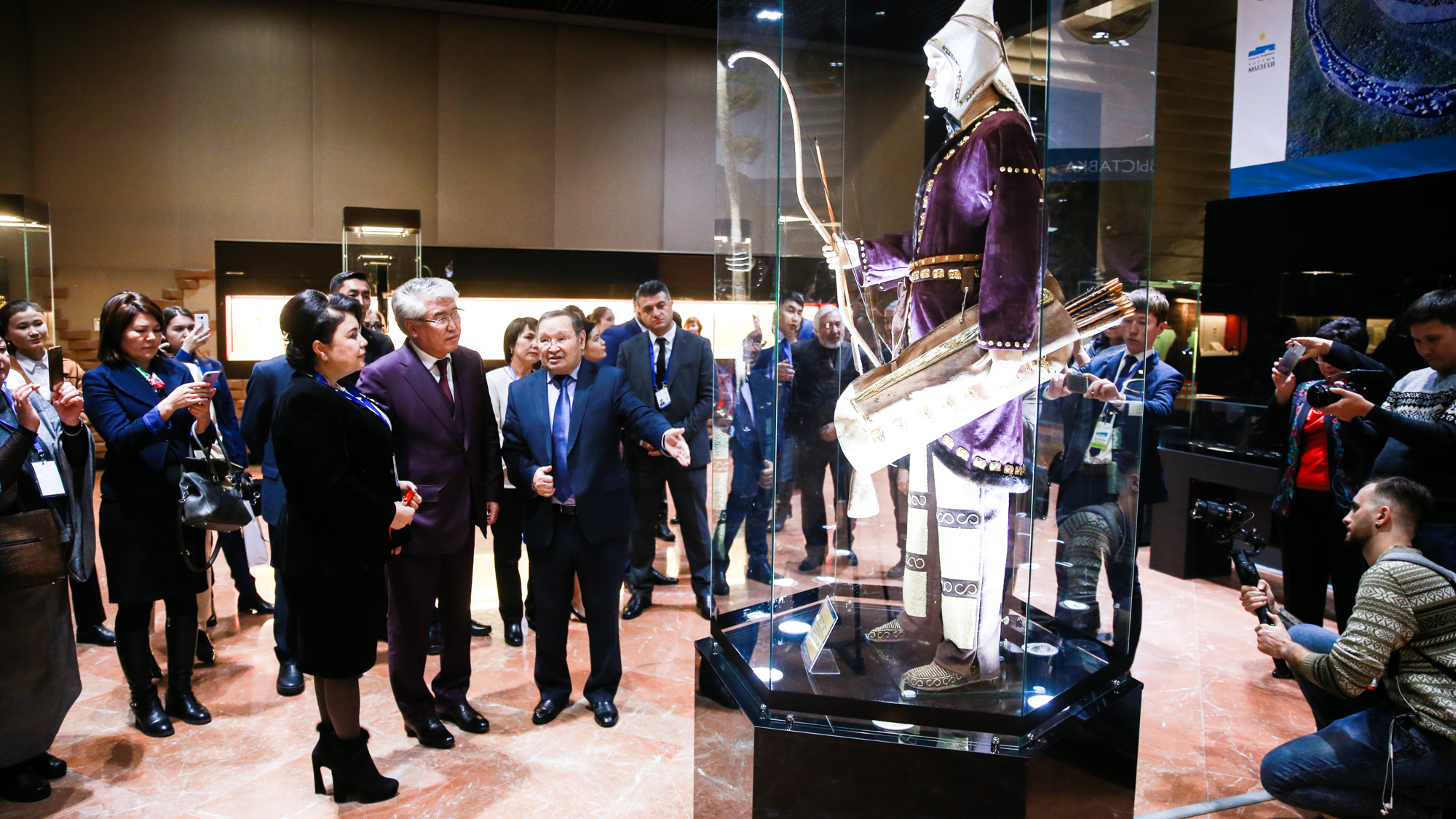 The exhibition comprehensively covers the formation of horseman culture, the development of ancient metallurgy, the development and continuity of the animal style in the Saka period, the influence of the Great Silk Road on the development of medieval urban culture. Through the presented objects of traditional decorative and applied art of Kazakhs to a foreign audience, the continuity of the traditions and art of the peoples inhabiting the territory of modern Kazakhstan and the deep semantic meaning of each exhibit were shown.

In addition, a documentary was presented dedicated to the 95th anniversary of the birth of the famous Kazakhstani scientist-archaeologist, one of the founders of the national school of archeology of Kazakhstan Kemal Akishev.

Also, the opening of the exhibition “Treasures of the Kazakh Altai” from the funds of the East Kazakhstan Regional Museum of History and Local Lore took place. 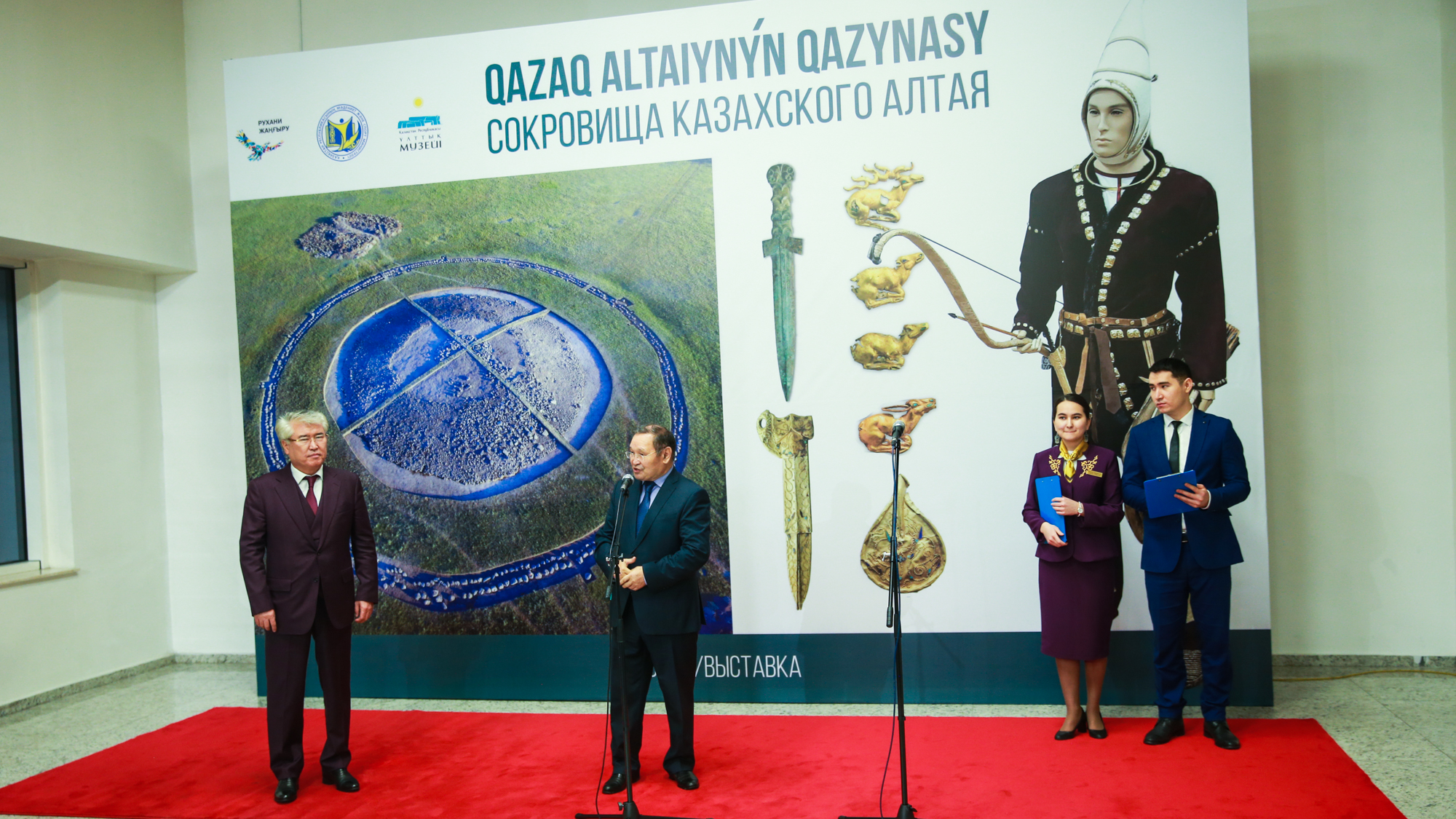 The exhibition presents unique gold products of the early Saka culture from the "Eleke Sazy" mounds, found by an archaeological expedition led by Kazakhstani archaeologist Zeynolla Samashev in 2018-2019 in the Tarbagatai region of the East Kazakhstan region. Archaeological finds date from the 8th-7th centuries, BC.

“It is gratifying that today we are presenting a new unique artifact ‘Eleke Sazy.’ When Akishev found the golden warrior for the first time, this was a great sensation not only for Kazakhstan, Central Asia, but also for the world archaeological community. And now our esteemed Samashev discovered a unique find, the artifacts he found make a huge contribution to the development of archeology and the history of our country,” said Mukhamediuly, director of the National Museum of the Republic of Kazakhstan. 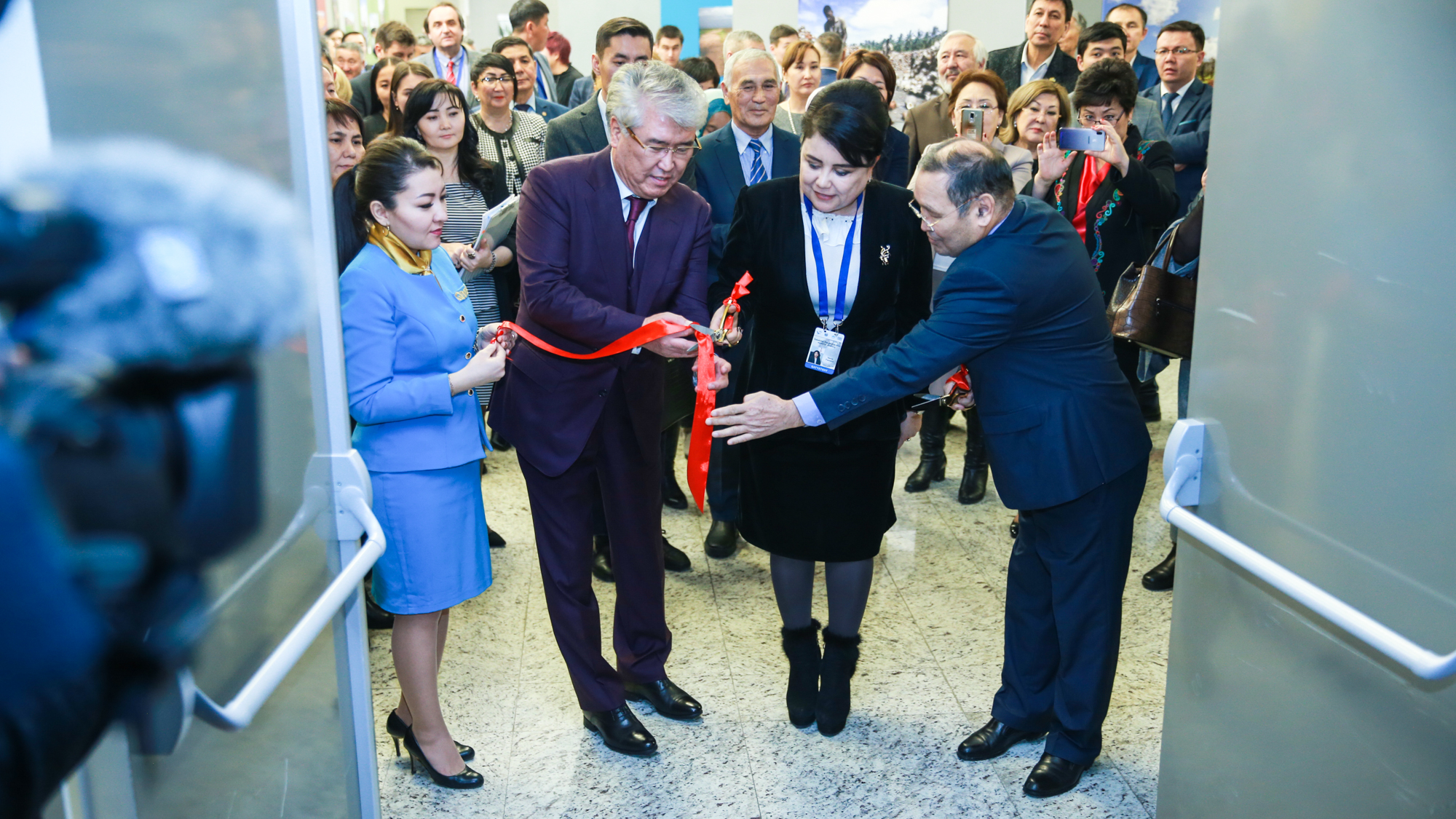 For the first time, a scientific reconstruction of the seventh Golden Man from the Eleke Sazy mound, performed by Professor Samashev, is presented.