Exhibition of National Museum of Kazakhstan "The Great Steppe: History and Culture" opened in Turkey 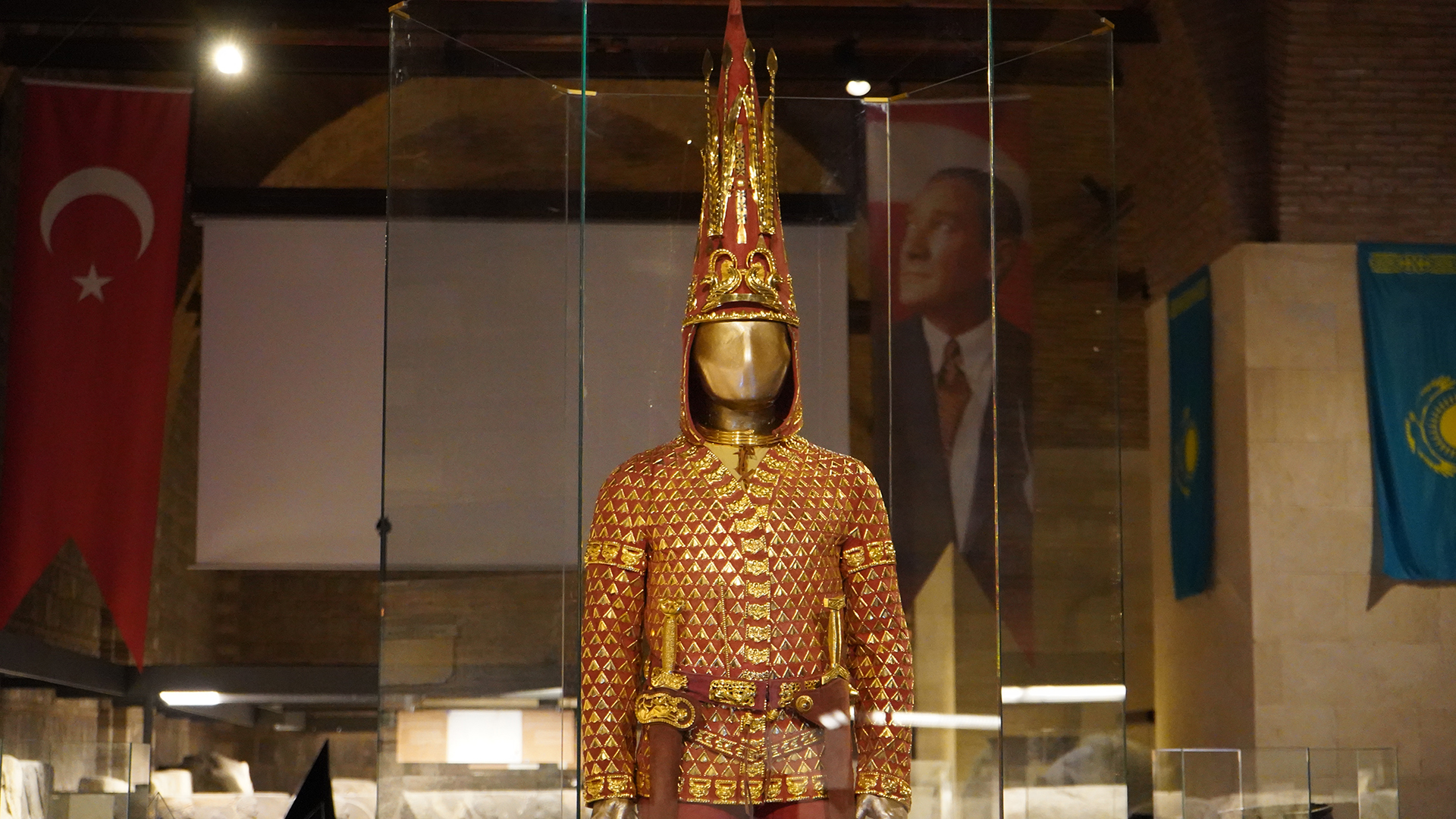 Exhibition of the National Museum of Kazakhstan "The Great Steppe: History and Culture" opened Sep. 12, 2019, in the Museum of Anatolian Civilizations in Ankara, Turkey. It will last until Oct. 12 as part of the project of the international exhibition "The Procession of the Golden Warrior through the World's Museums." 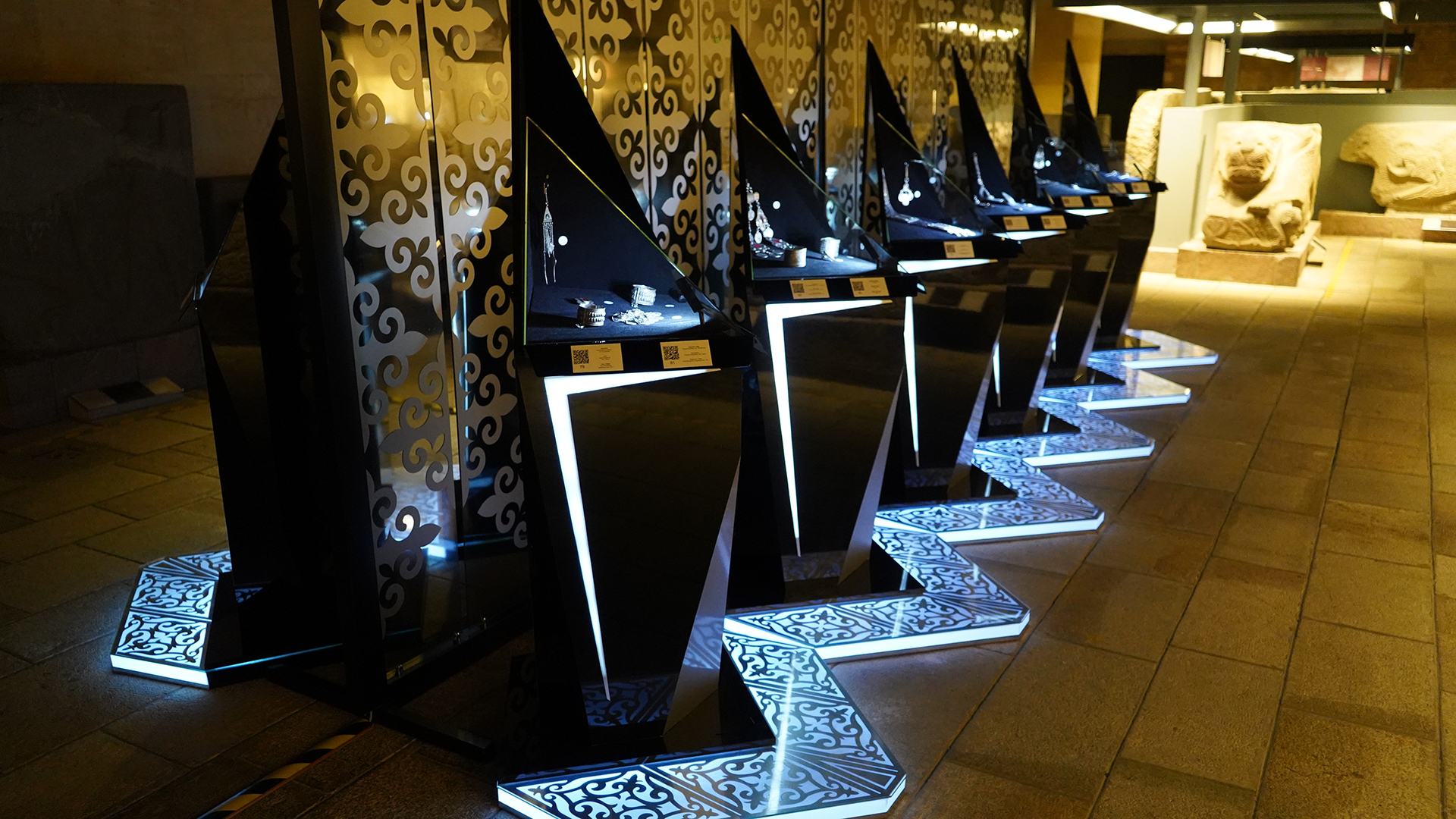 The exhibition presents 207 items from the collections of the National Museum of Kazakhstan, including the symbol of Kazakhstan — the Golden Warrior. The Museum of Anatolian Civilizations exhibits unique cone-shaped headdresses decorated with gold overheads and gold plates in the form of arrows, snow, Arkhar, horses and birds (V-IV centuries BC) and archaeological finds from the Saks mounds of Taksay (West Kazakhstan region), Taldy-2 (Karaganda region) and Berel (East Kazakhstan region). 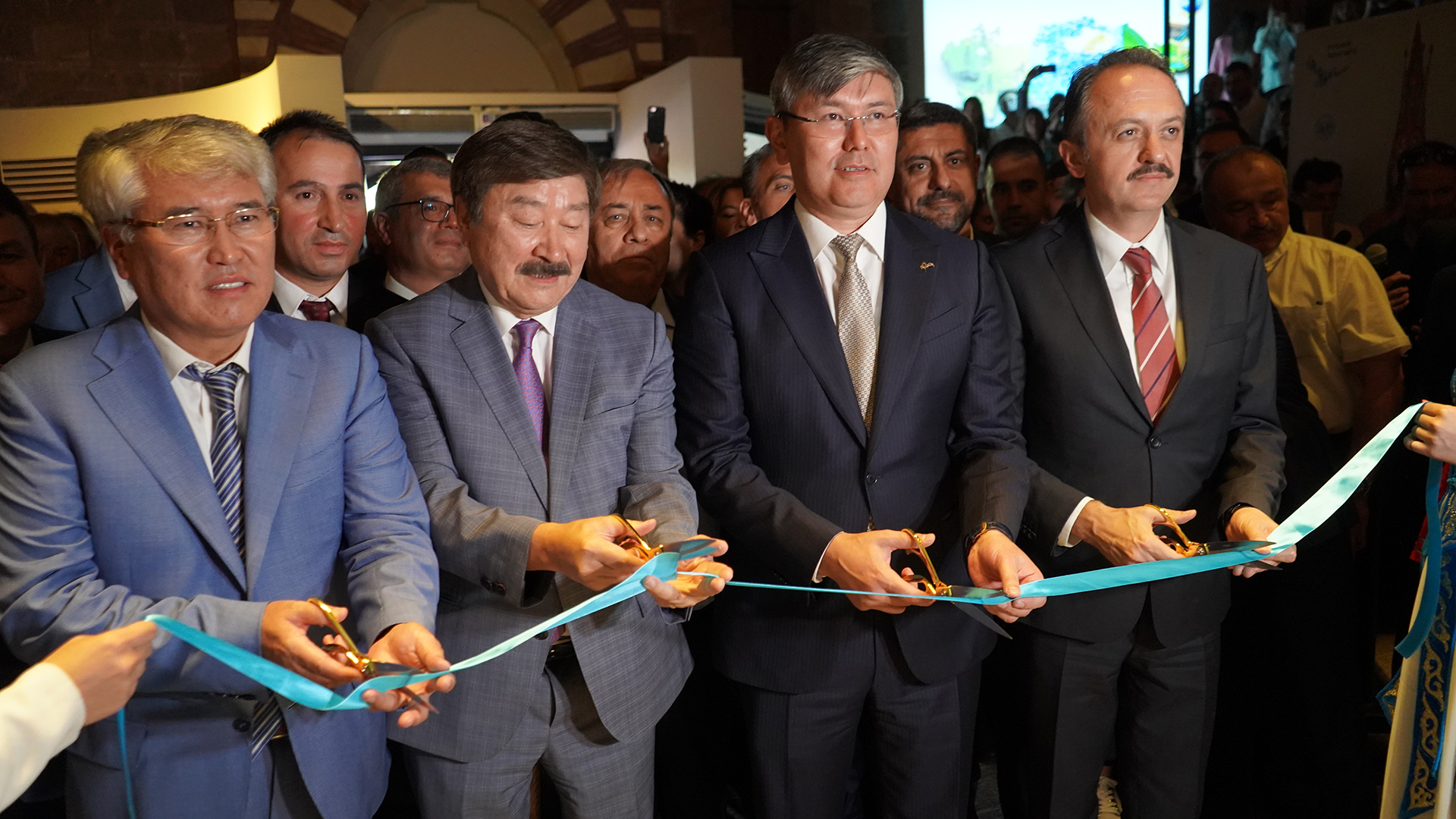 Speaking at the opening ceremony, the director of the National Museum of Kazakhstan, Arystanbek Mukhamediuly, noted that Kazakhstan is interesting for the world community because of its nomadic civilization and history.

“At present, a lot of work is being done in the country in the field of culture and art within the framework of the programs of the First President of Kazakhstan – Elbasy Nursultan Nazarbayev 'Rouhani Zhangyru,' 'Seven Facets of the Great Steppe.' One of them is the international project 'The Procession of the Golden Warrior through the Museums of the World.' Within the framework of this project implemented by the National Museum of Kazakhstan with the support of the Ministry of Culture and Sports, the Golden Warrior, who became a symbol of independence of Kazakhstan, was represented at exhibitions of about twenty countries in Europe, Asia and other countries,” Mukhamediuly said. 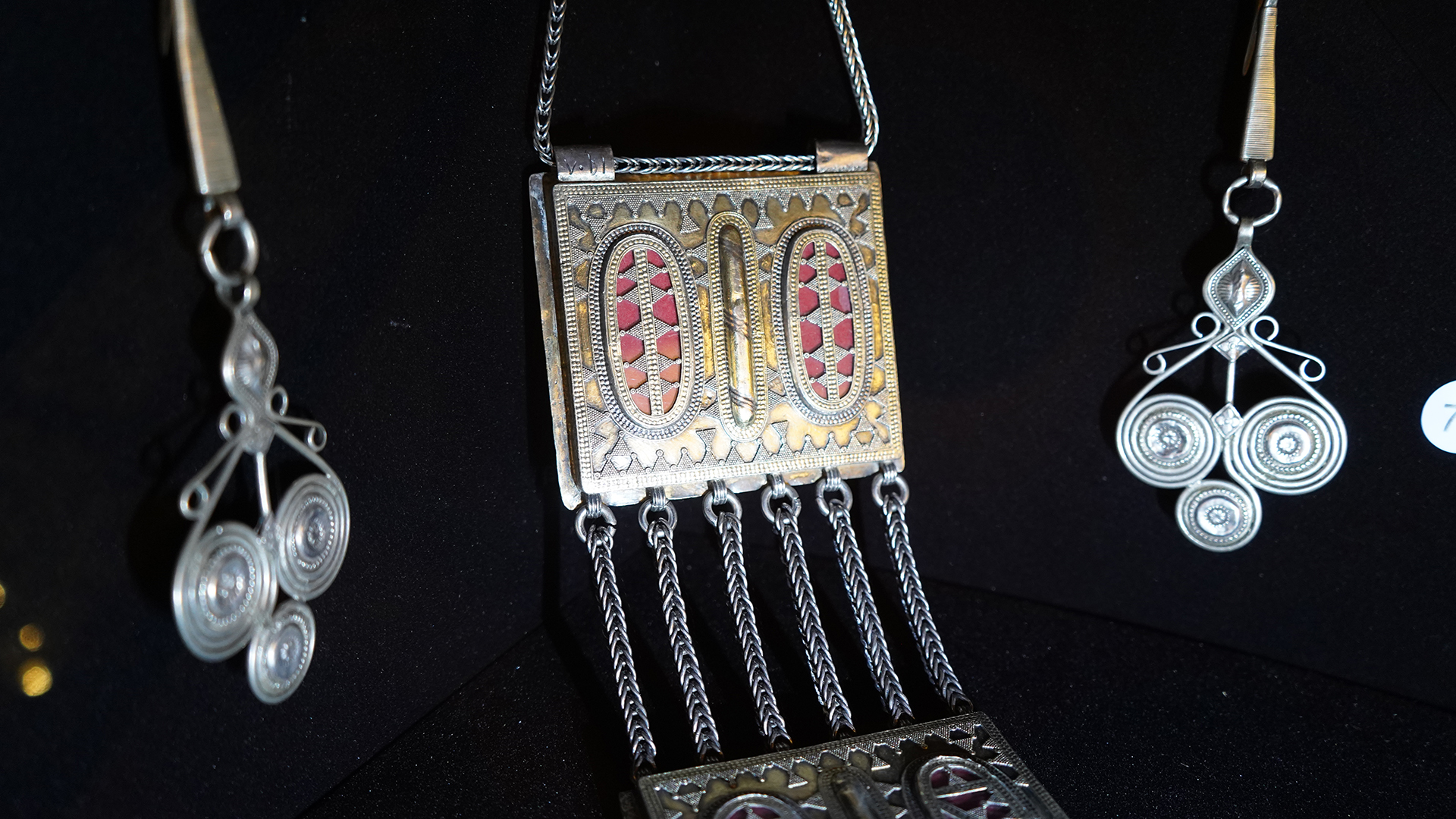 According to him, the purpose of the exhibition held in Ankara is to familiarize with the historical cultural heritage of Kazakhstan, which has developed on the territory of the Great Steppe of Eurasia from the era of the early Iron Age to the present. 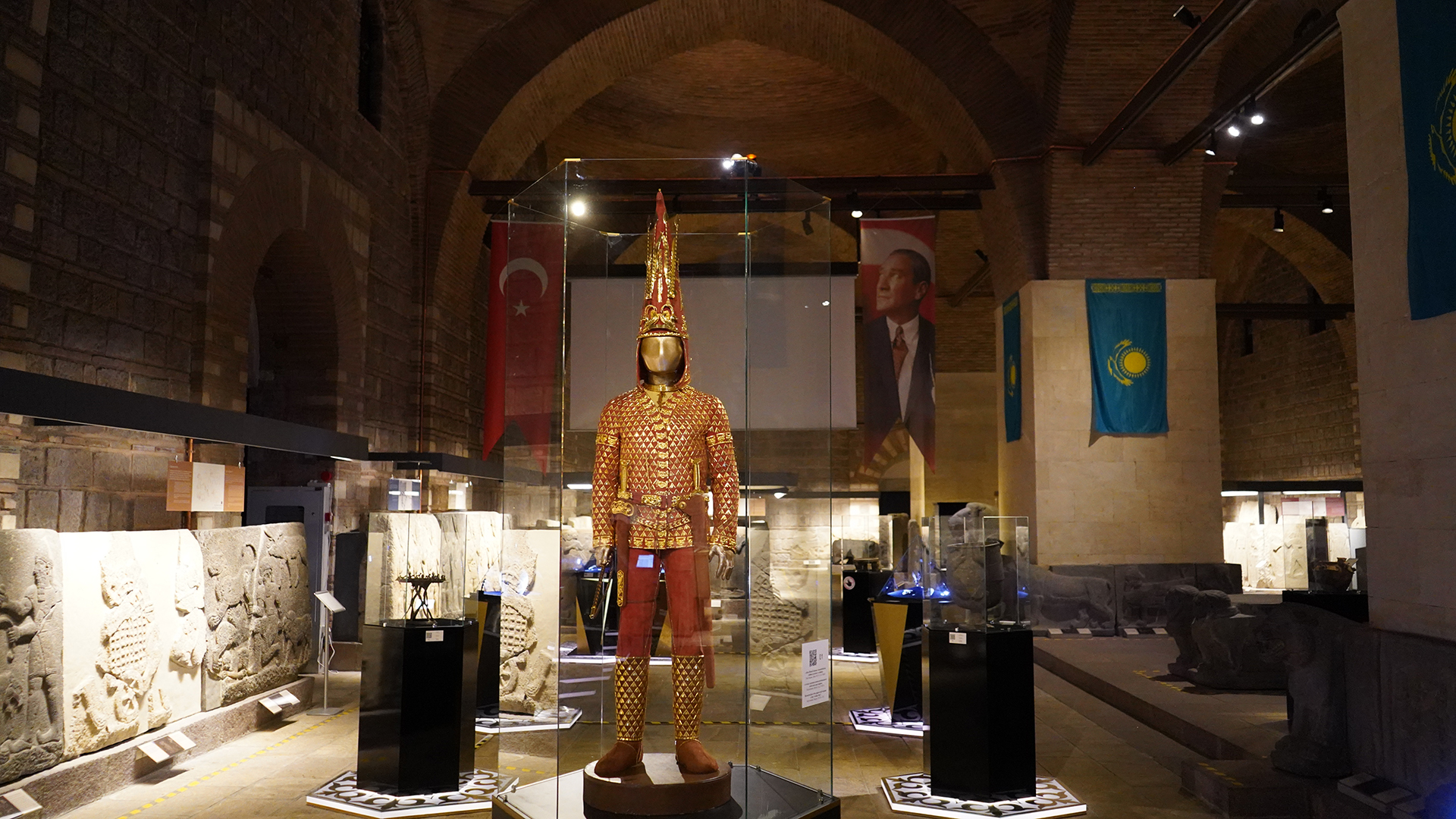 It should be noted that in the late 1960s and early 1970s, in the vicinity of Almaty, near the Issyk barrow, studied by the famous archaeologist Kemal Akyshev, an archaeological sensation occurred in which the remains of the Saka king, the “Golden Warrior”, which became the symbol of Kazakhstan, were discovered. An invaluable find named “Kazakh Tutankhamuns” was recognized as the “News of the Century”. The winged gold jewelry in the crown of the ancient steppe ruler became part of the coat of arms of the Republic of Kazakhstan, and the sculpture of the Golden Man was installed on Independence Square in Almaty.

The National Museum of Kazakhstan has announced the international project "Procession of the Golden Warrior through the Museums of the World." As part of a large-scale event, exhibitions were held with great success in the museums of Belarus, Russia, Azerbaijan, China, Poland and South Korea, and Uzbekistan. 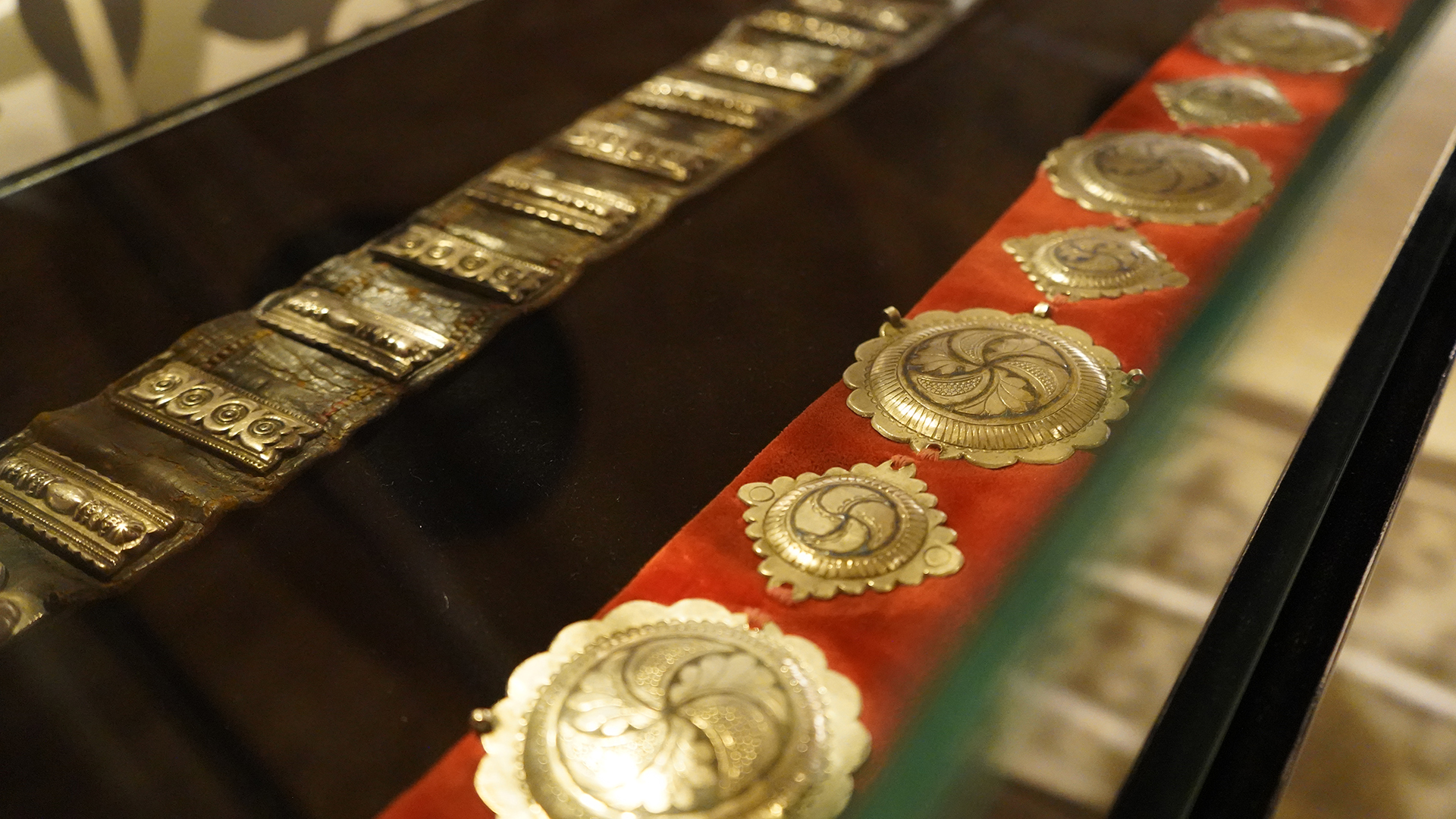 Saki (translated from Persian — "giant men") — the ancient ancestors of the Kazakhs. In the works of Greek authors, they were artistically described as Asian Scythians (the word saka comes from the word "deer"), in other ancient sources — "flying horses." Among the three large groups of these tribes were Sax-tigrahauts located in the burial zone of Issyk-Kurgan, where the Golden Warrior was buried. Among the mounds, more than four thousand gold items were found containing details that adorn clothes, as well as jewelry and household items. As a result of research by researchers on the topography of objects from the cemetery, they managed to create a new form of the Saka warrior, presented at the exhibition.

Among the finds found in the Issyk barrow, one of the oldest written monuments has a special place in the exposition of a silver bowl with the inscription rune.

The prevalence of zoomorphic images, considered an important feature of ancient steppe art, is also indicated by the criteria of mythological thinking. The dramatic nature of this plot is explained as the struggle between good and evil, the beginning of light and darkness, the creation of a new life, a symbol of the eternal movement and the eternal struggle of contradictions. As an illustrative model of such a contradiction, one can see an exhibit made of gold presented at the exhibition in the form of a double Leopard, which exactly repeats each other with a sticker of the 5th-4th centuries, made using the molding and embossing technique.

With the establishment of Christianity and Islam, the "brutal style" gradually disappears the original meaning, emerging from paganism and understanding. However, decorative images of animals that had lost their original magical significance were used in jewelry, miniatures, wooden, stone and bone colors, medieval arts such as architecture, in the form of a stylized ornament. These processes are clearly manifested in jewelry discovered in the Sairam burial ground dating back to the 15th century, characteristic of the exposition.