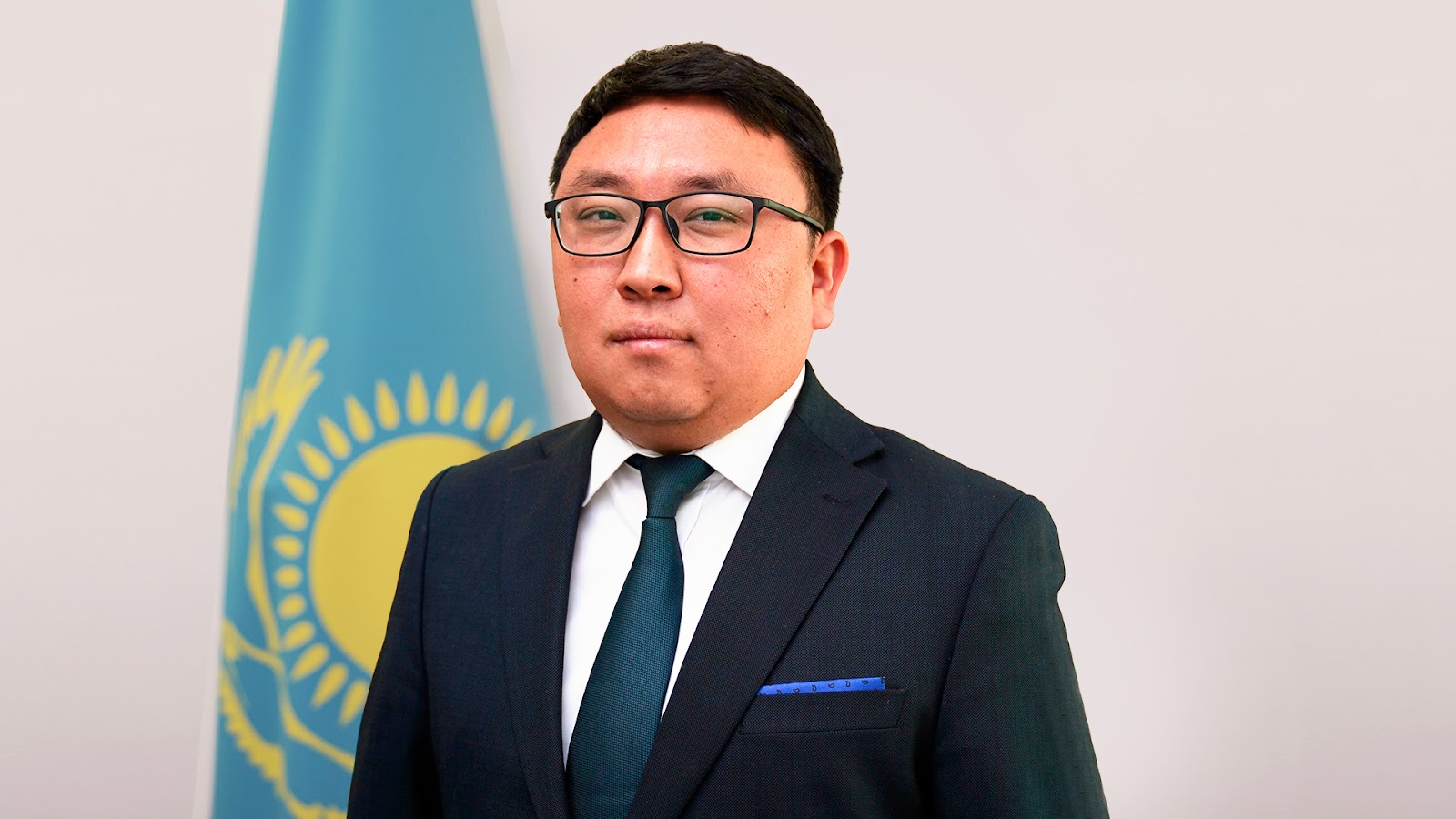 He graduated from the Pavlodar State University named after Toraigyrov and Karaganda University of Kazpotrebsoyuz.

He began his career in 2009 as a teacher of history at the Regional Kazakh boarding school for gifted children named after Altynsarin.

From 2011 to 2013, he worked as a researcher of the Academy of National Education named after Altynsarin, deputy director of the school for gifted children "Zerde" in Astana, head of the laboratory of the regional scientific and practical center "Yertis daryny".

From 2014 to 2015, he was deputy head of the education department of Shcherbakta district.

From 2015 to 2016, he was the head of the Bayanaul District Education Department.

From 2016 to 2017, he served as deputy head of the Pavlodar region education department.

From 2017 to 2019, he was the head of the Department of Internal Policy of Pavlodar region.

From 2019, he was the head of the Department of Culture, Language Development and Archival Affairs of Pavlodar region.

From August 2020 to the present, he worked as Deputy Chairman of the Committee for Preschool and Secondary Education of the Ministry of Education and Science of the Republic of Kazakhstan.