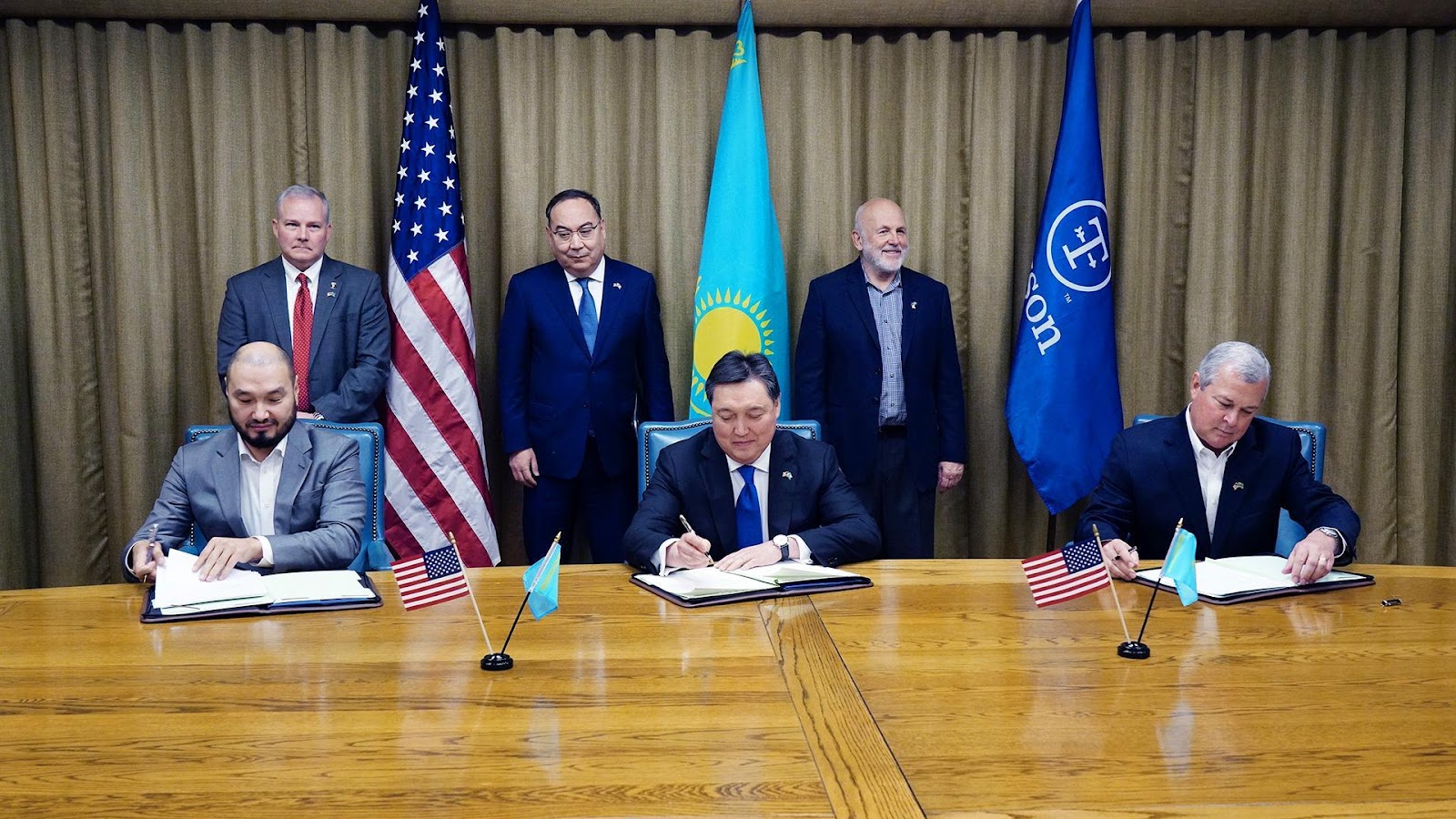 As part of his working trip to the United States, Prime Minister Askar Mamin reached an agreement with Tyson Foods to open meat processing plants in Kazakhstan. 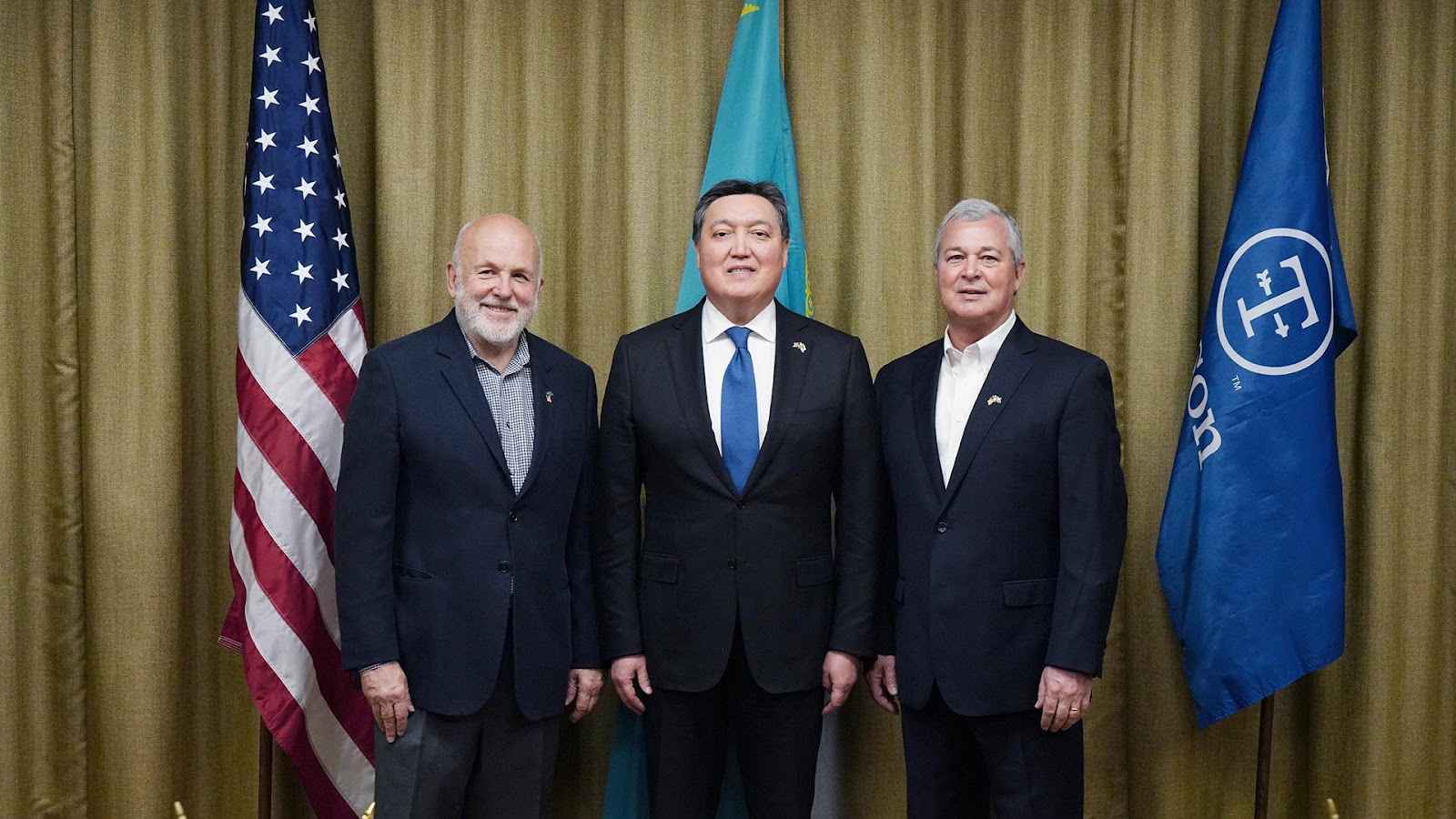 The document at the first stage provides for the construction in Kazakhstan of a modern meat processing complex with a capacity of about 2 thousand heads per day. The company will not only meet the needs of the Kazakh market, but also export products to foreign markets. 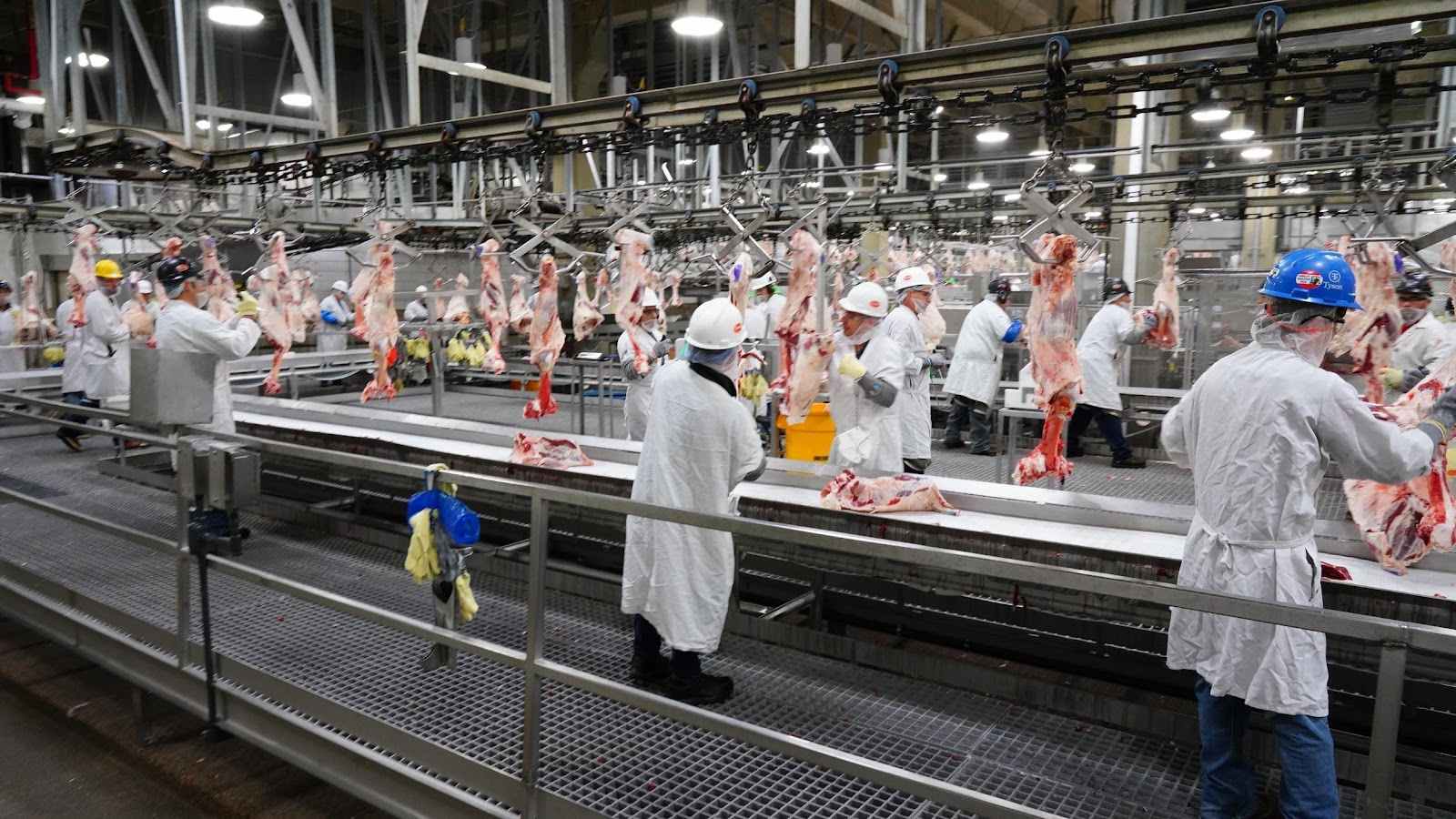 As part of the project, tens of thousands of new jobs will be created in Kazakhstan's agriculture. 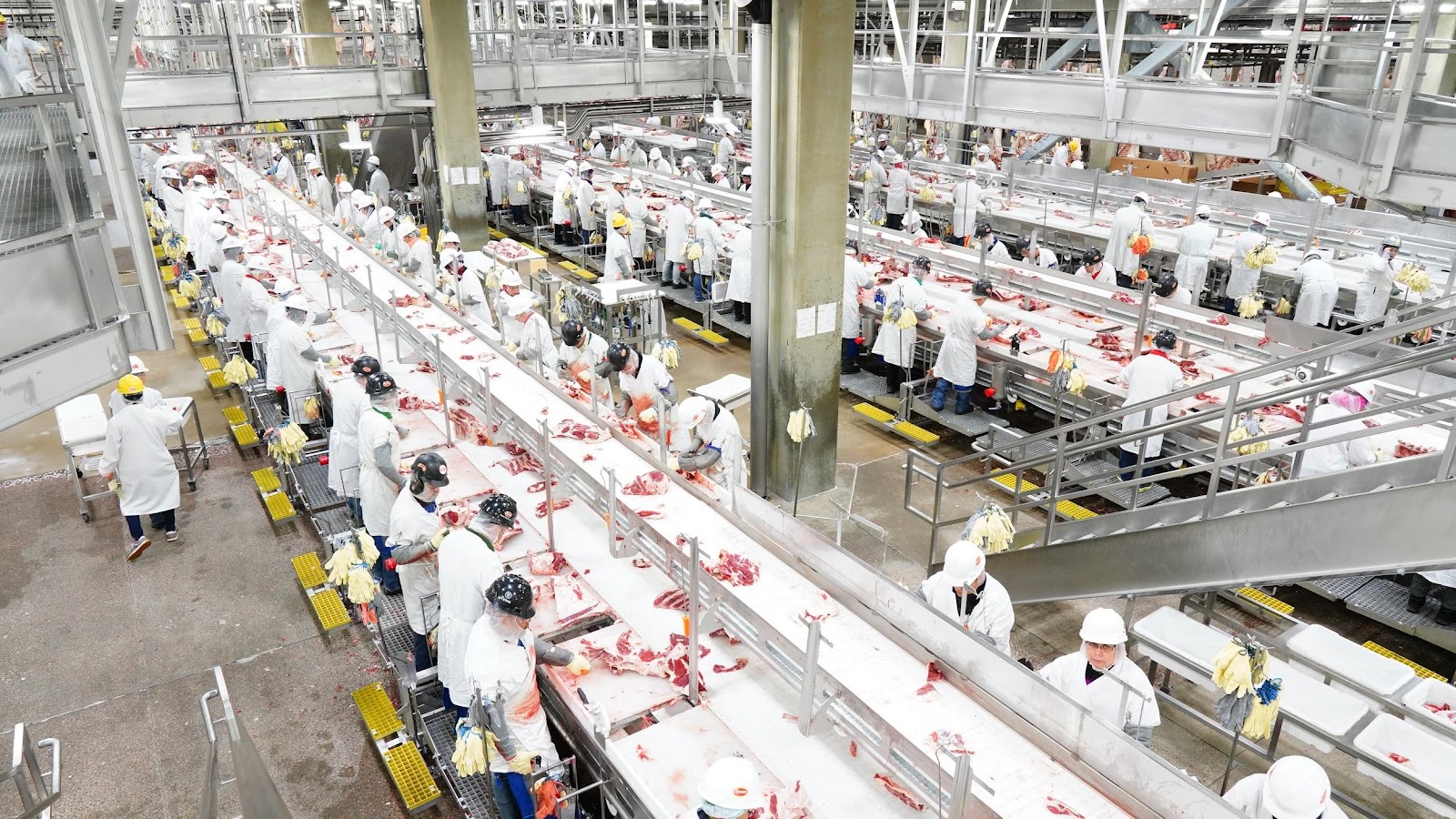 Tyson Foods is a world-class company with the experience Kazakhstan needs to make a breakthrough in the development of meat processing and increase the number of livestock on farms. 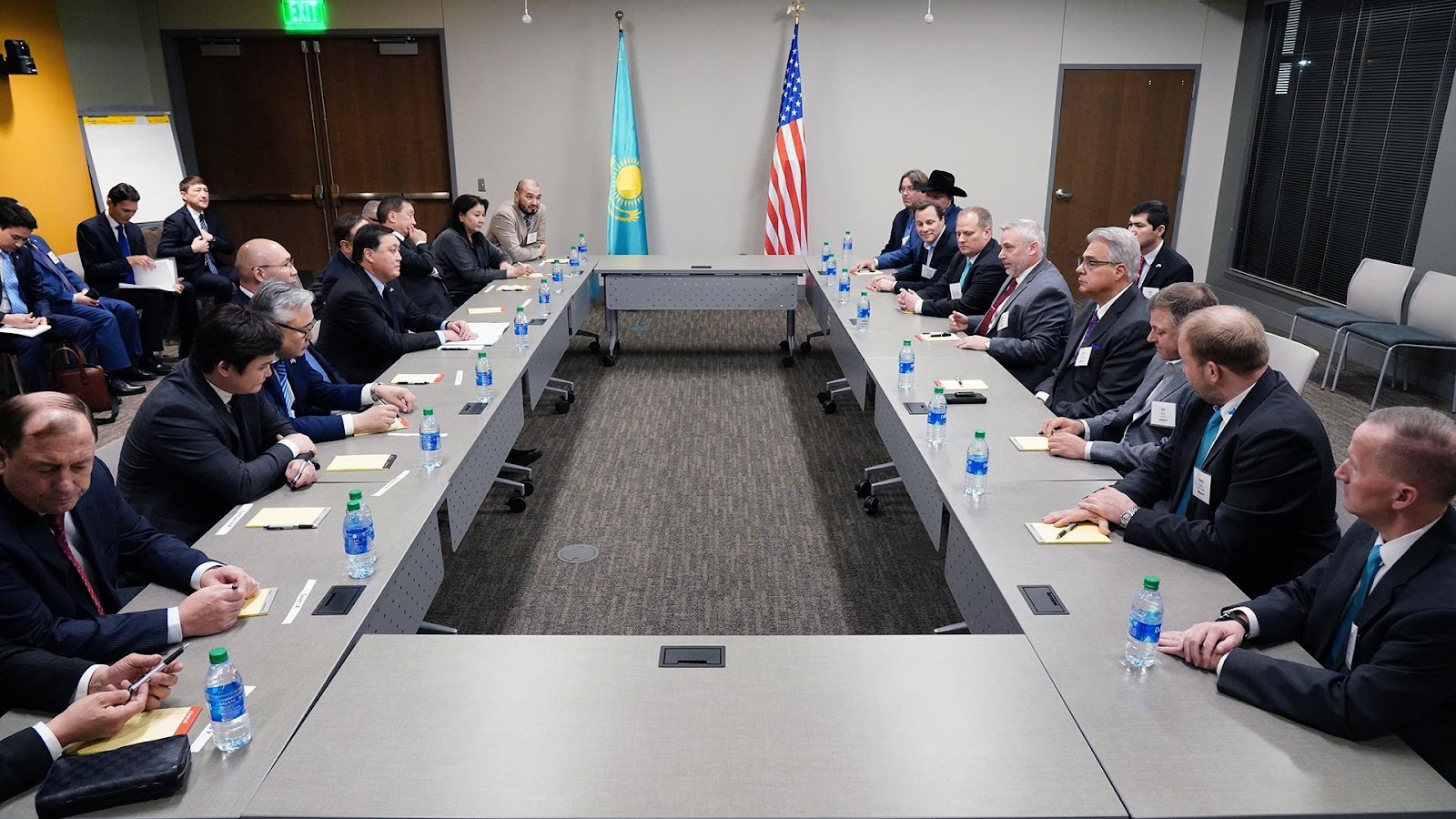 During negotiations with the president of Valmont Industries Stephen Kanievsky, the prospects of cooperation and exchange of experience in the use of advanced technologies in agriculture were discussed. 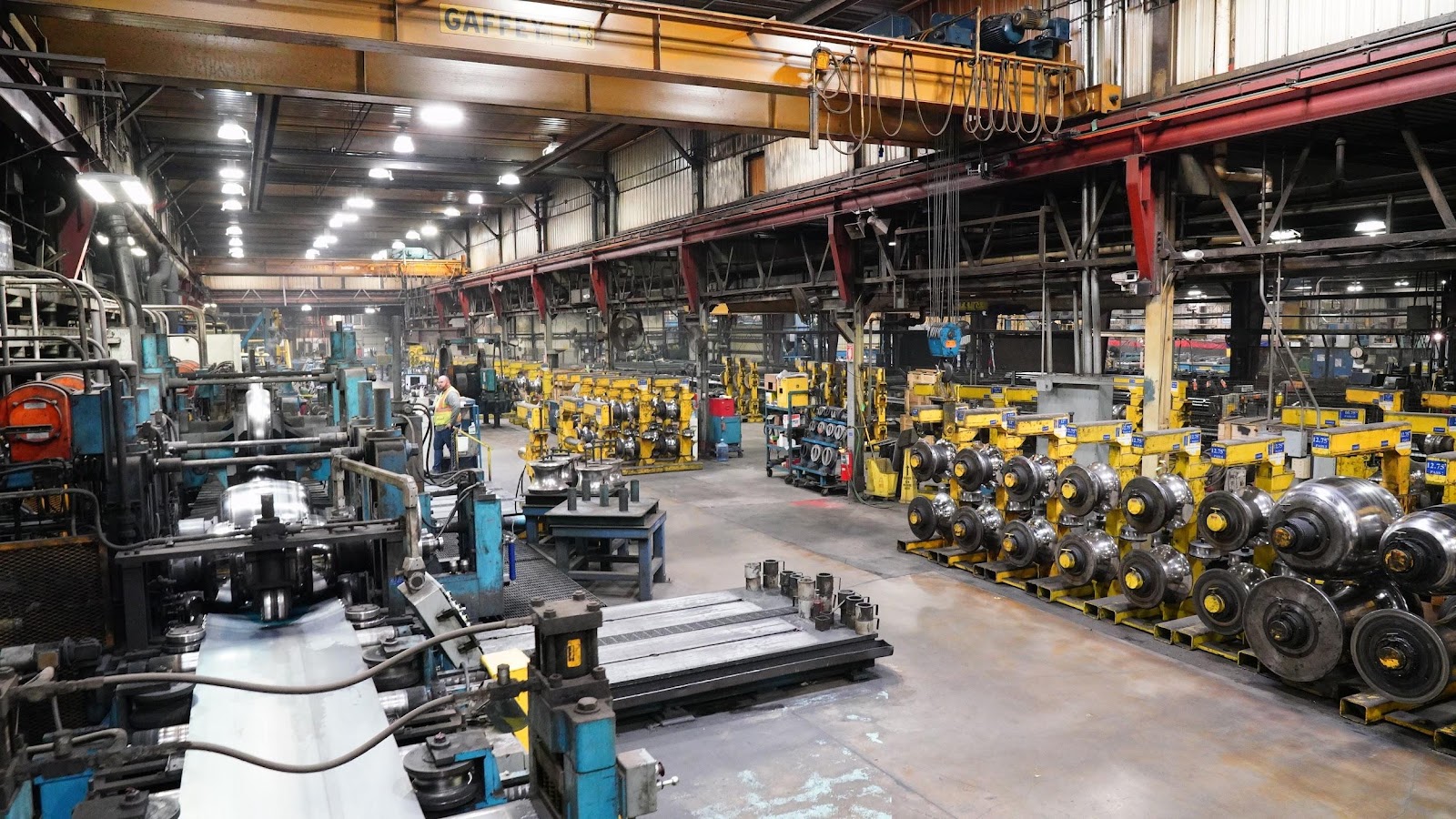 Valmont Industries signed an Agreement on the Principles of Effective Irrigation and Improving Agricultural Productivity of the Republic of Kazakhstan. The document provides for the construction in Kazakhstan in 2022 of the Valley irrigation production plant with a capacity of 1 thousand frontal and circular irrigation machines per year. 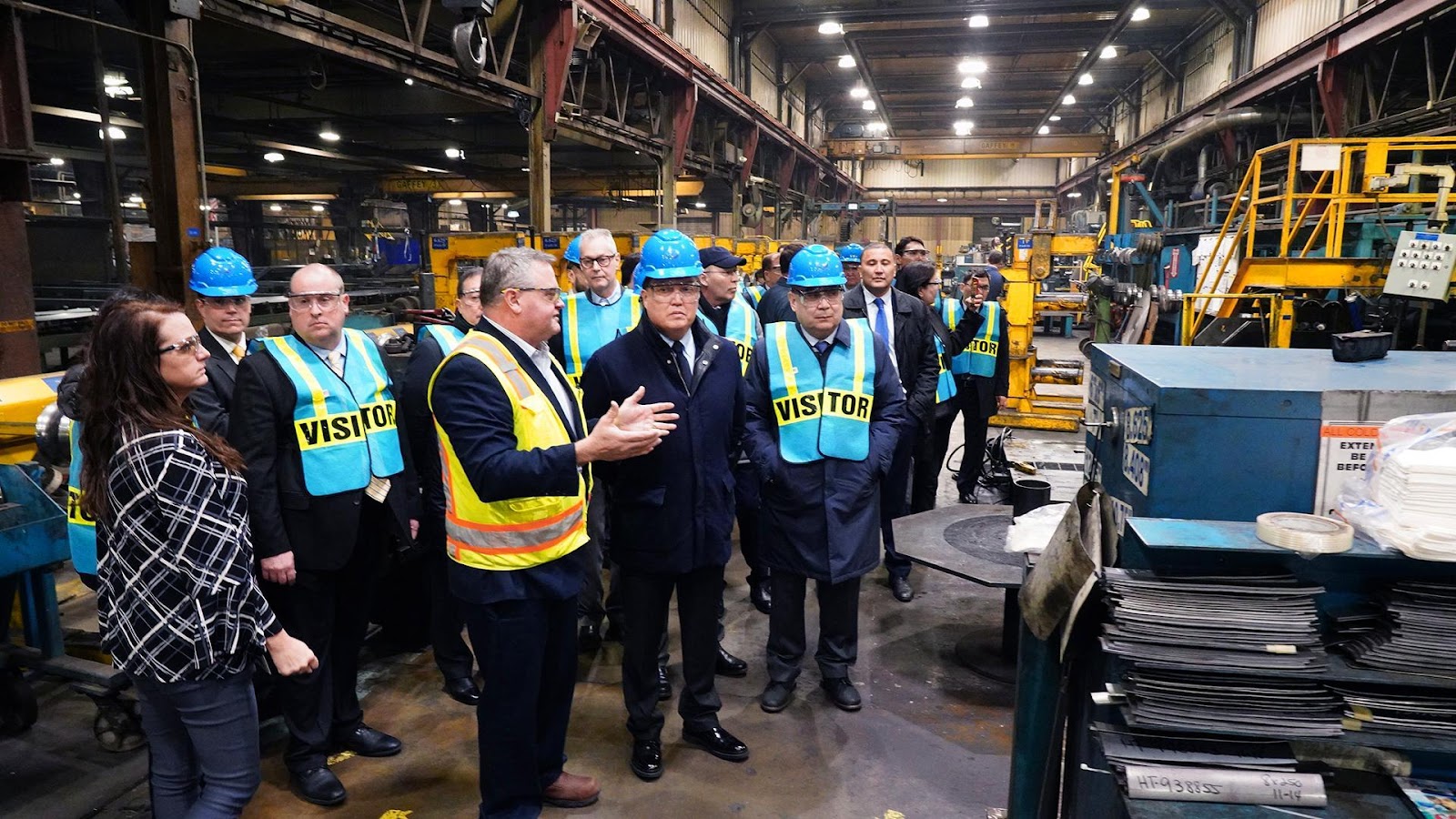 At Valmont Industries in Omaha, Askar Mamin got acquainted with the production facilities and the technological process of the enterprise. 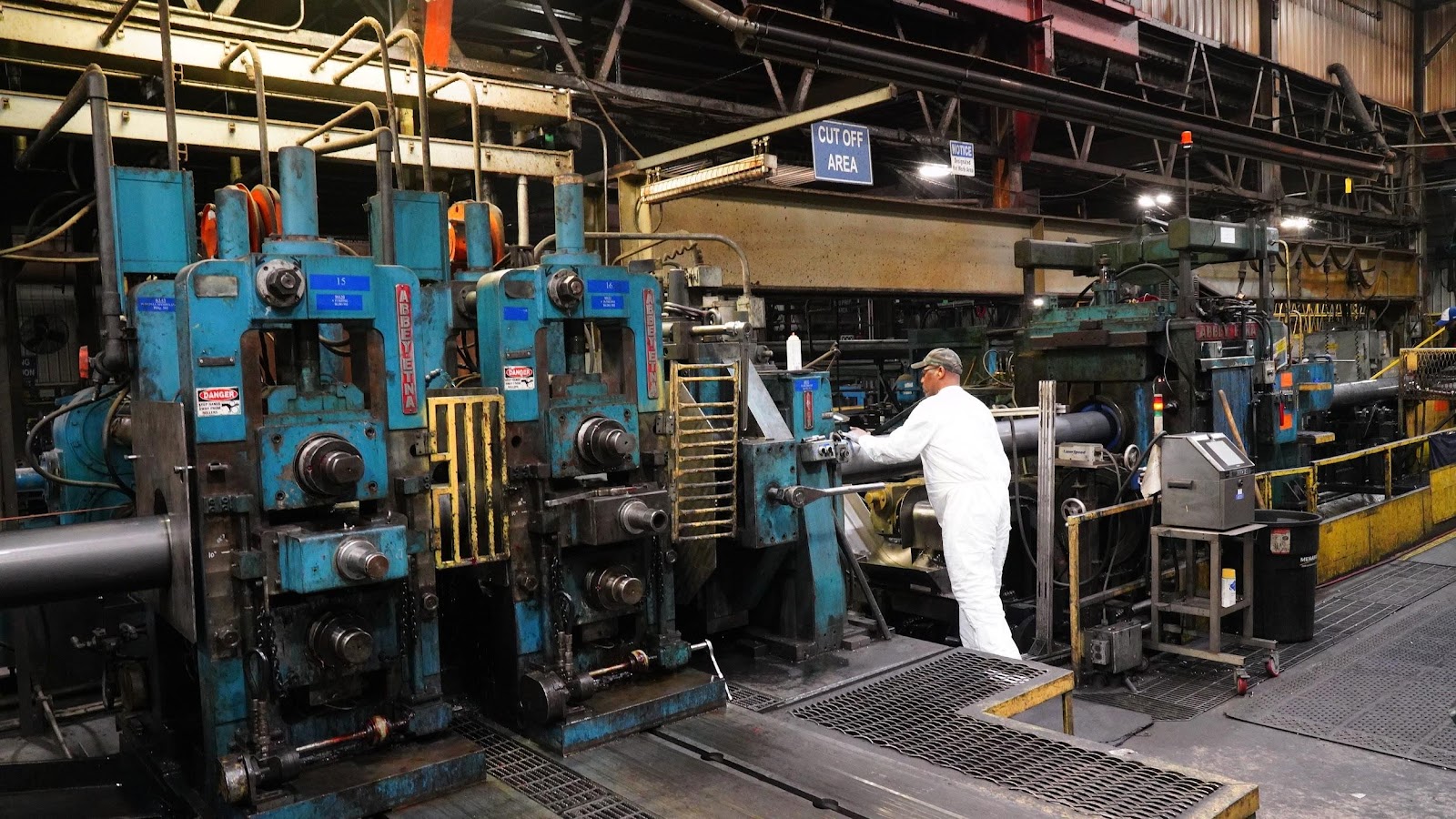 US irrigation technologies will increase crop productivity and reduce agricultural costs by 50%. 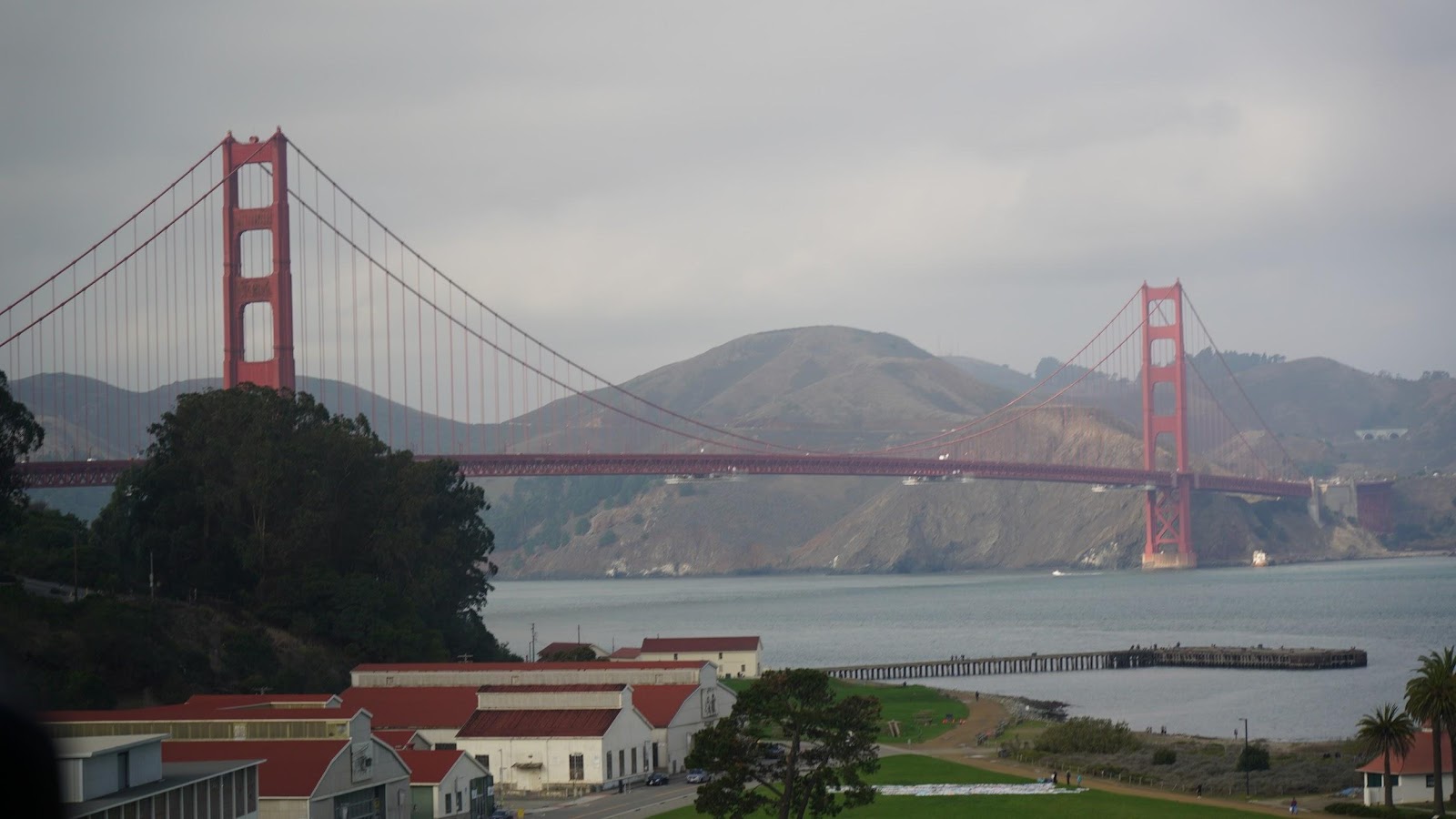 As part of the working trip to the United States, Askar Mamin visited San Francisco, where he met with senior executives of leading global companies in innovative and digital development, venture financing and energy. 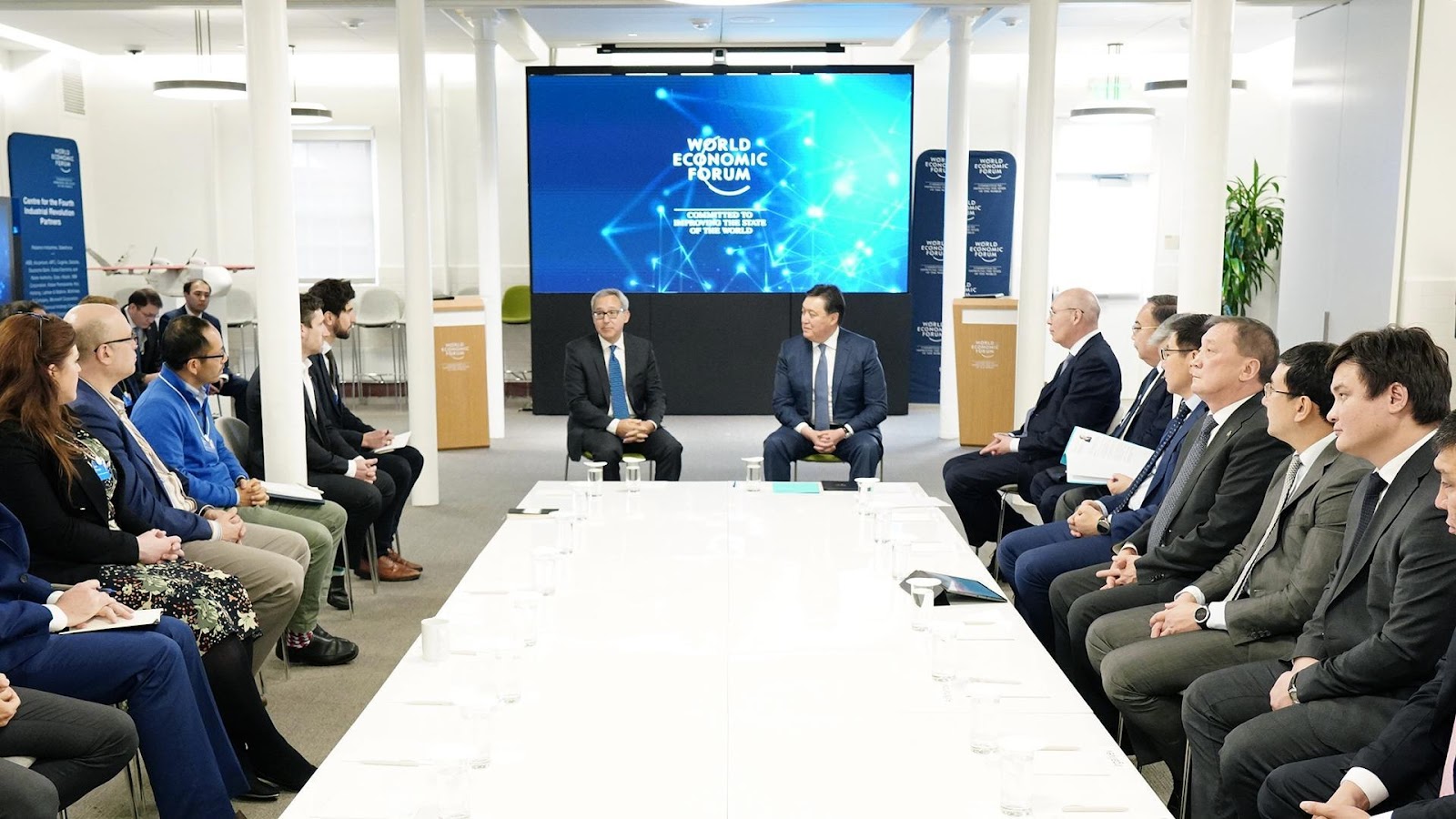 The Head of the Government of Kazakhstan met with the Managing Director of the World Economic Forum Richard Samans. Following the meeting, a document was signed. In 2020, it is planned to open the WEF Affiliate Center in Kazakhstan. 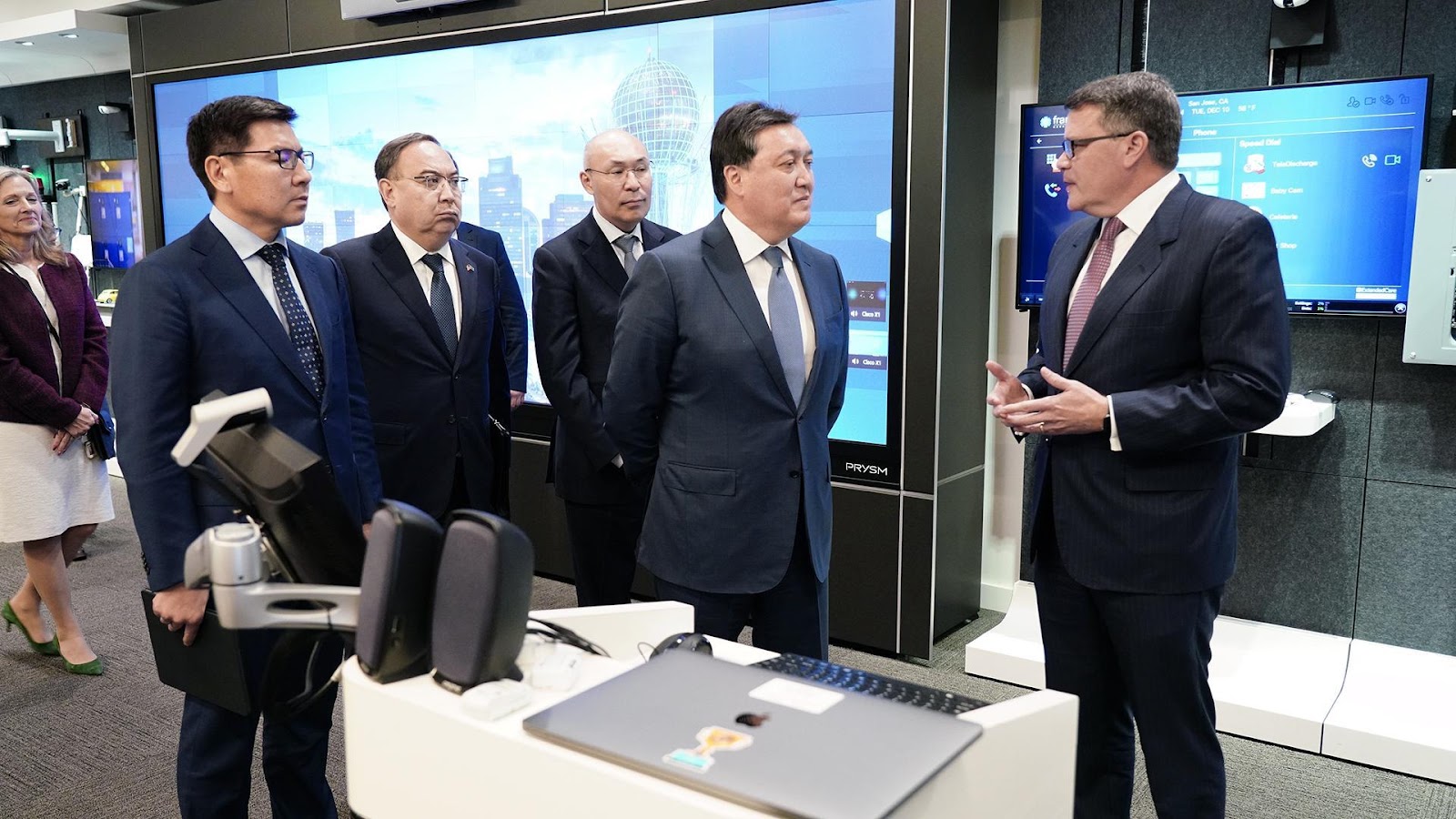 Askar Mamin also got acquainted with the work of transnational corporation Cisco. 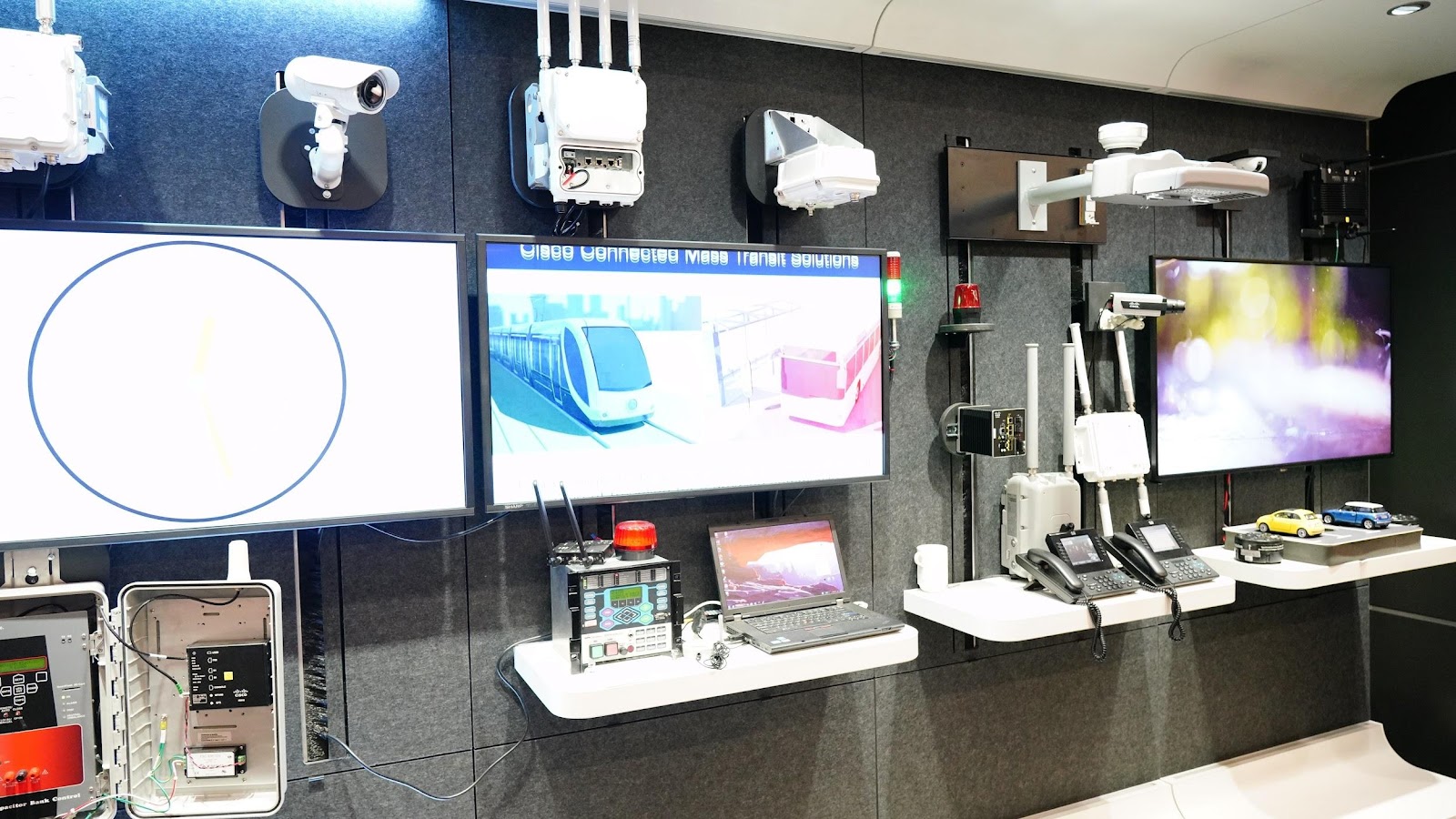 Vice President Guy Diedrich presented a line of manufactured technological products. The parties discussed an updated strategy for cooperation in IT and achieving the goals enshrined in the Digital Kazakhstan State Program. 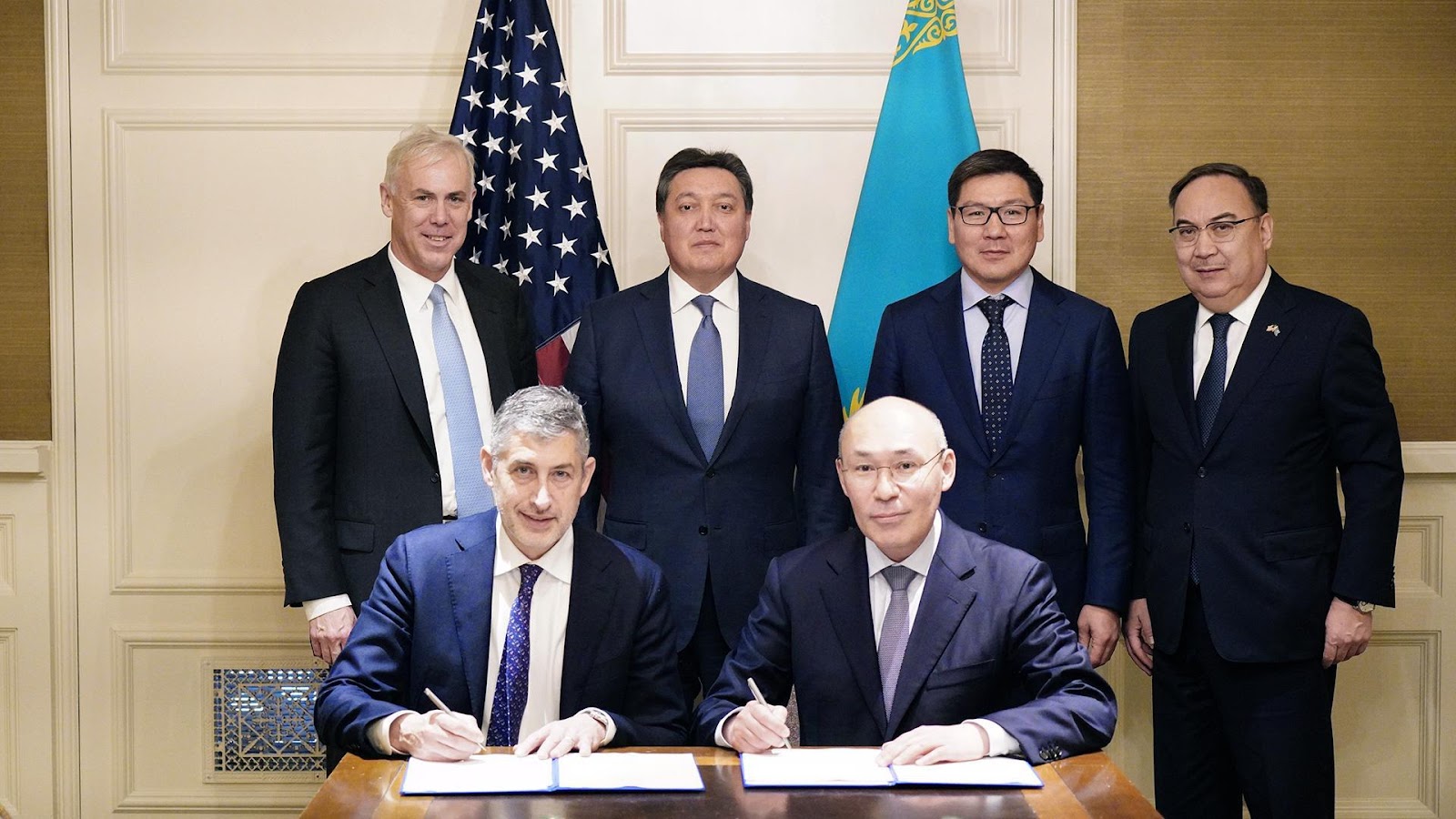 The Head of Government held negotiations with the leadership of the largest innovative companies. At a meeting with One Web Chief Executive Officer Adrian Steckel, the prospects of implementing a project to ubiquitously cover the territory of Kazakhstan with broadband Internet via communication satellites were discussed. To further advance the project, the AIFC Governor Kairat Kelimbetov and Adrian Steckel signed a corresponding document. 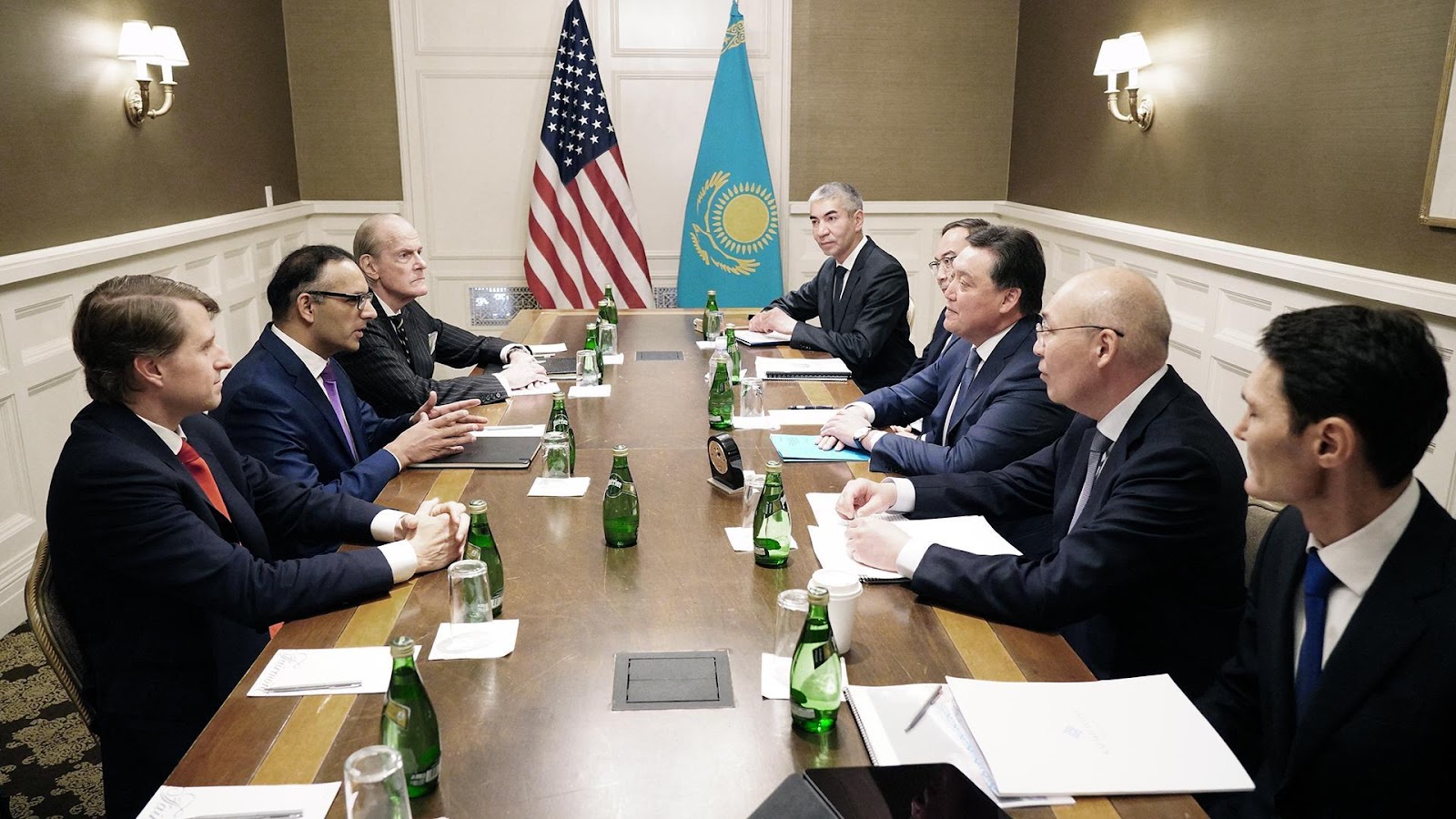 The negotiations of Prime Minister Askar Mamin with the Financial Director of the Bright Sphere Investment Group Suren Rana were dedicated to the implementation of infrastructure projects in Kazakhstan. For this, in 2020, the Kazakhstan Direct Investment Fund and BSIG plan to create a joint fund. 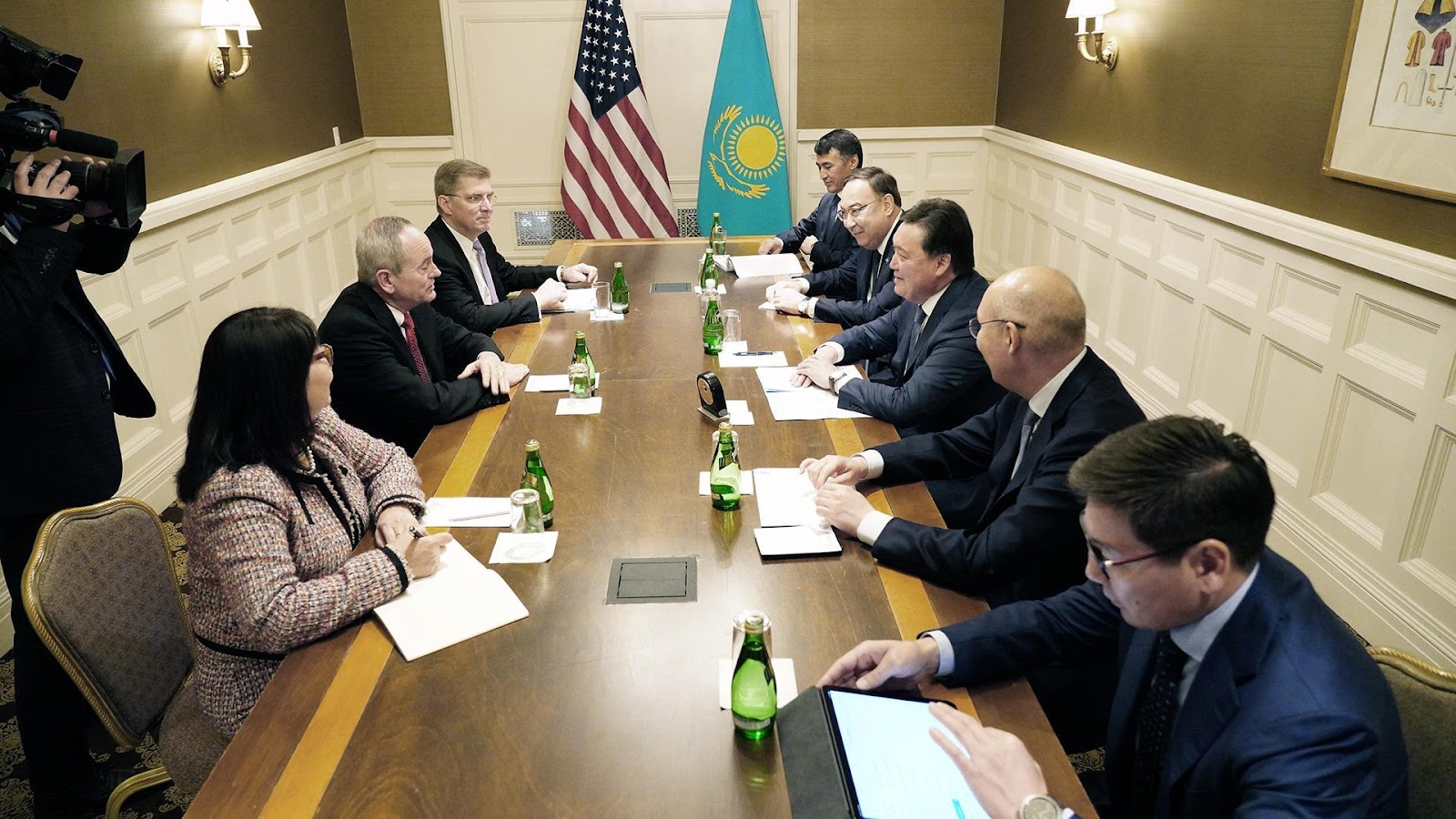 In turn, at the meeting with Chevron’s Executive Vice President for Exploration and Production James Johnson, the development of the Future Expansion Project was discussed. In particular, the participants focused on further increase in Kazakhstani content for goods and services on the Tengizchevroil project, as well as on improving social security and working conditions of Kazakhstani workers. 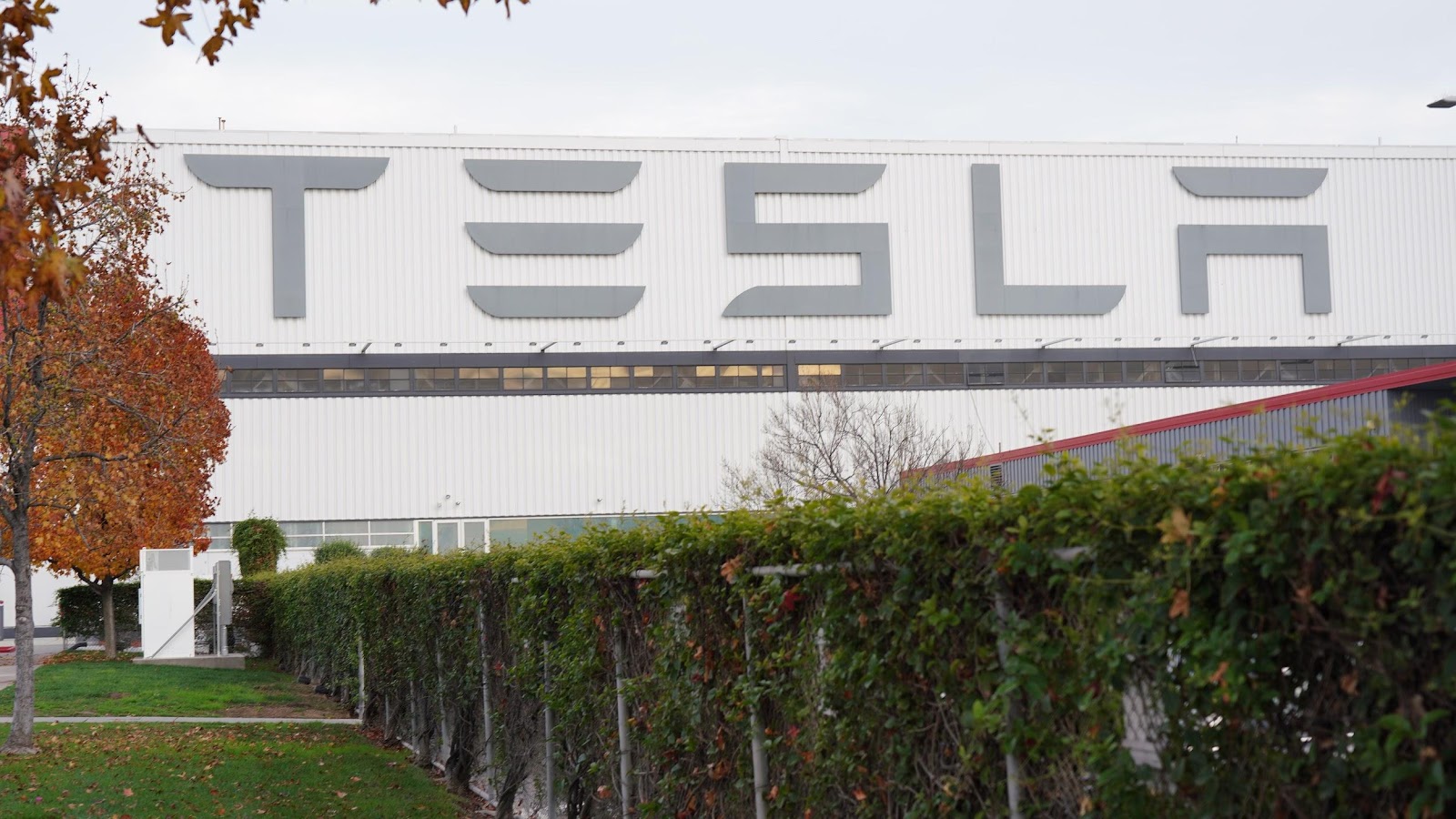 The prime minister also visited the Tesla office and factory, where, as part of a meeting with the company’s management, the sides discussed expanding the network of gas stations in Kazakhstan and opening service centers for electric vehicles. 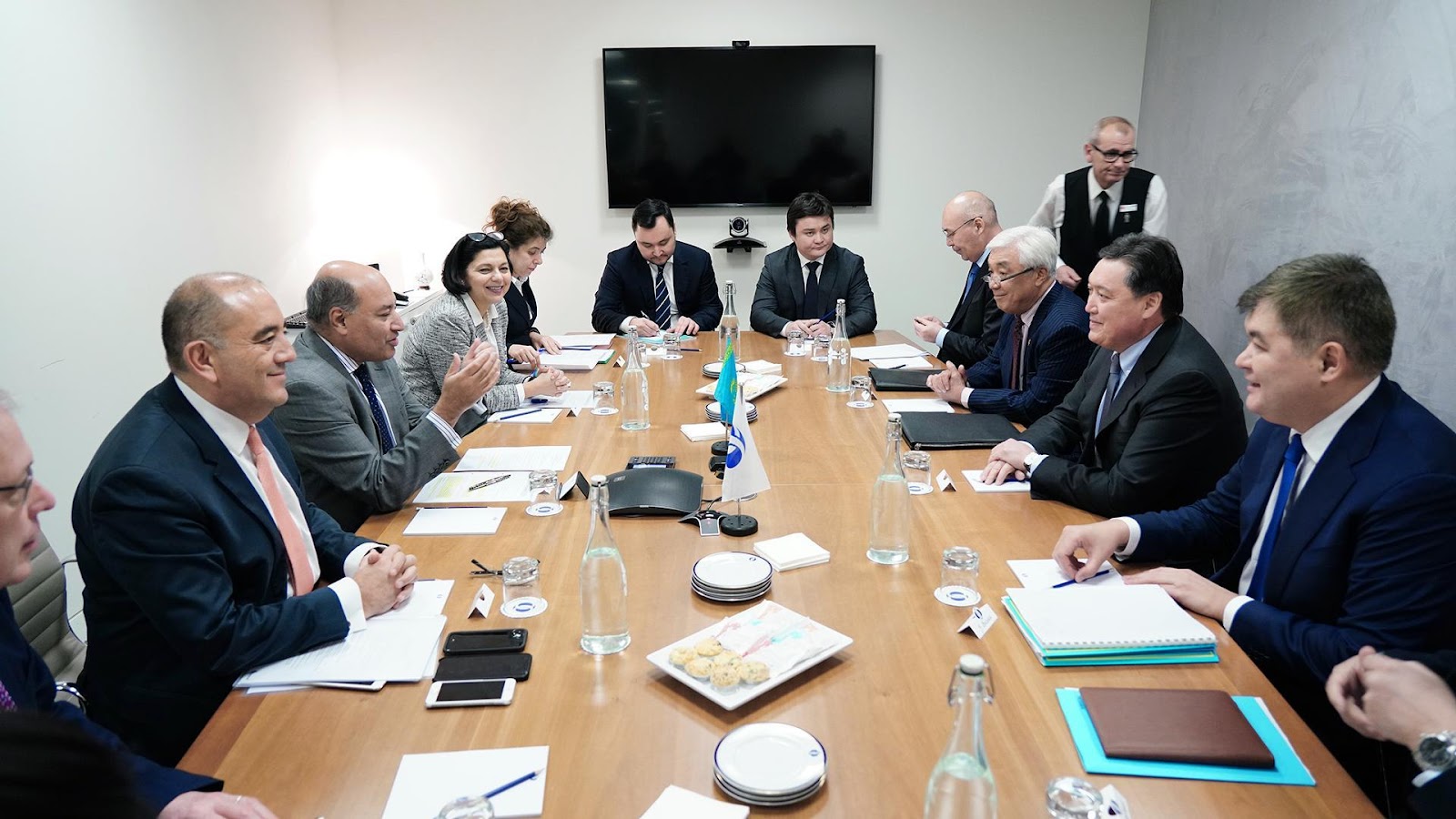 In London, Prime Minister Askar Mamin held a meeting with President of the European Bank for Reconstruction and Development Suma Chakrabarti. 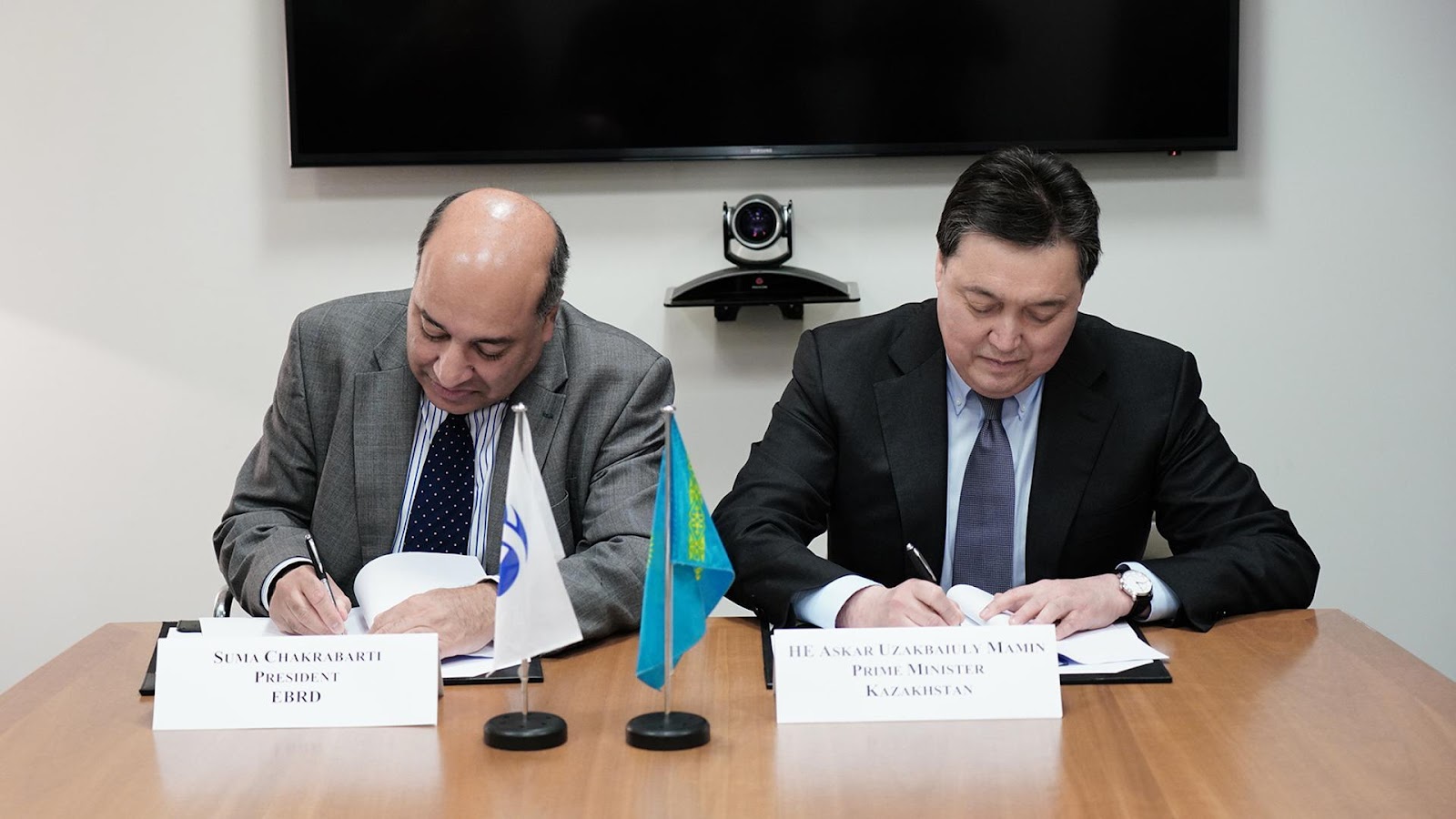 Following the results of negotiations between the Government of the Republic of Kazakhstan and the EBRD, a Memorandum of Understanding was signed on the implementation of the Comprehensive Program for the Modernization of Healthcare Infrastructure in Kazakhstan. 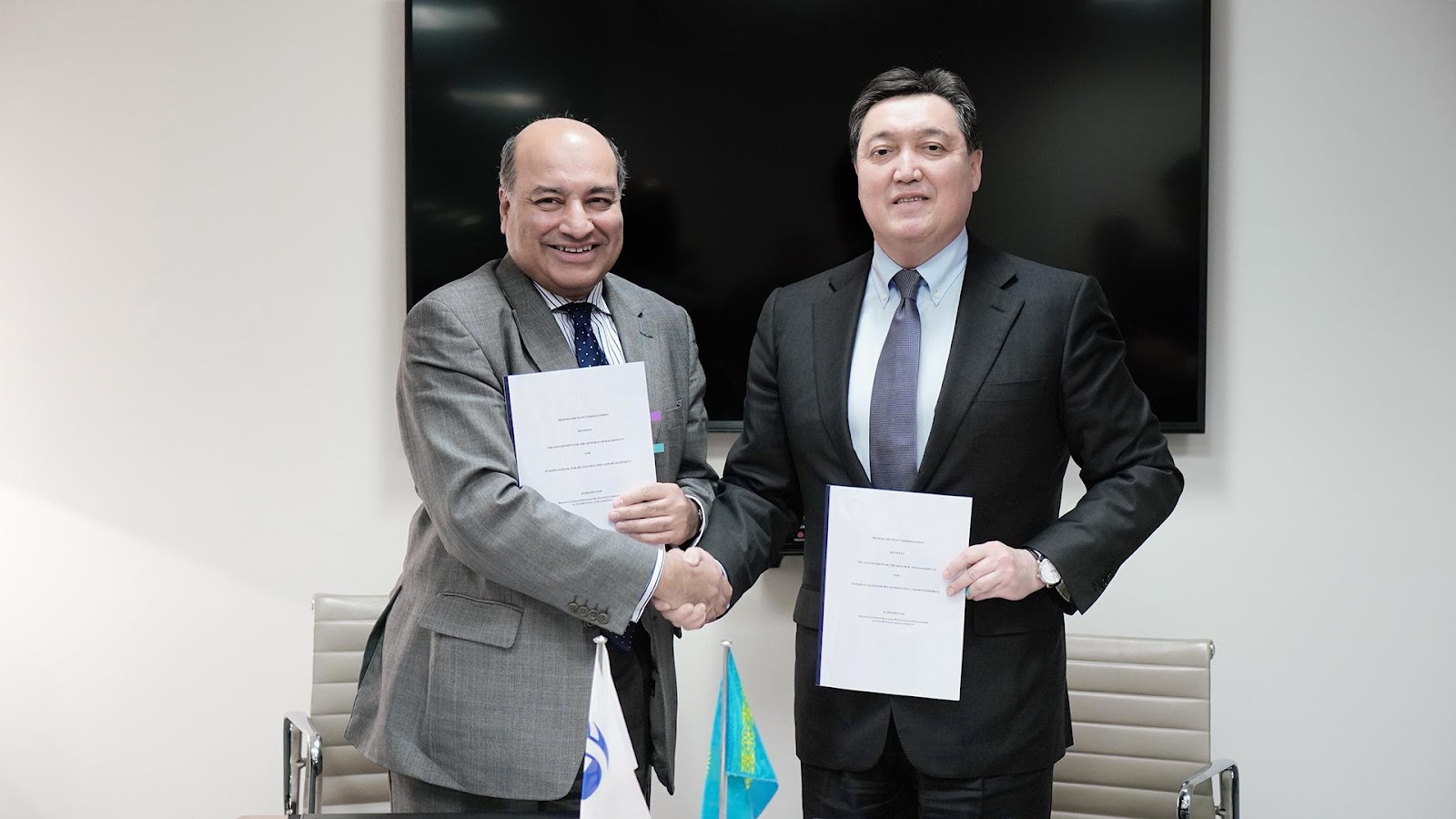 According to the agreement, new multidisciplinary hospitals will be jointly built in Kazakhstan as part of the State Health Development Program for 2020-2024. 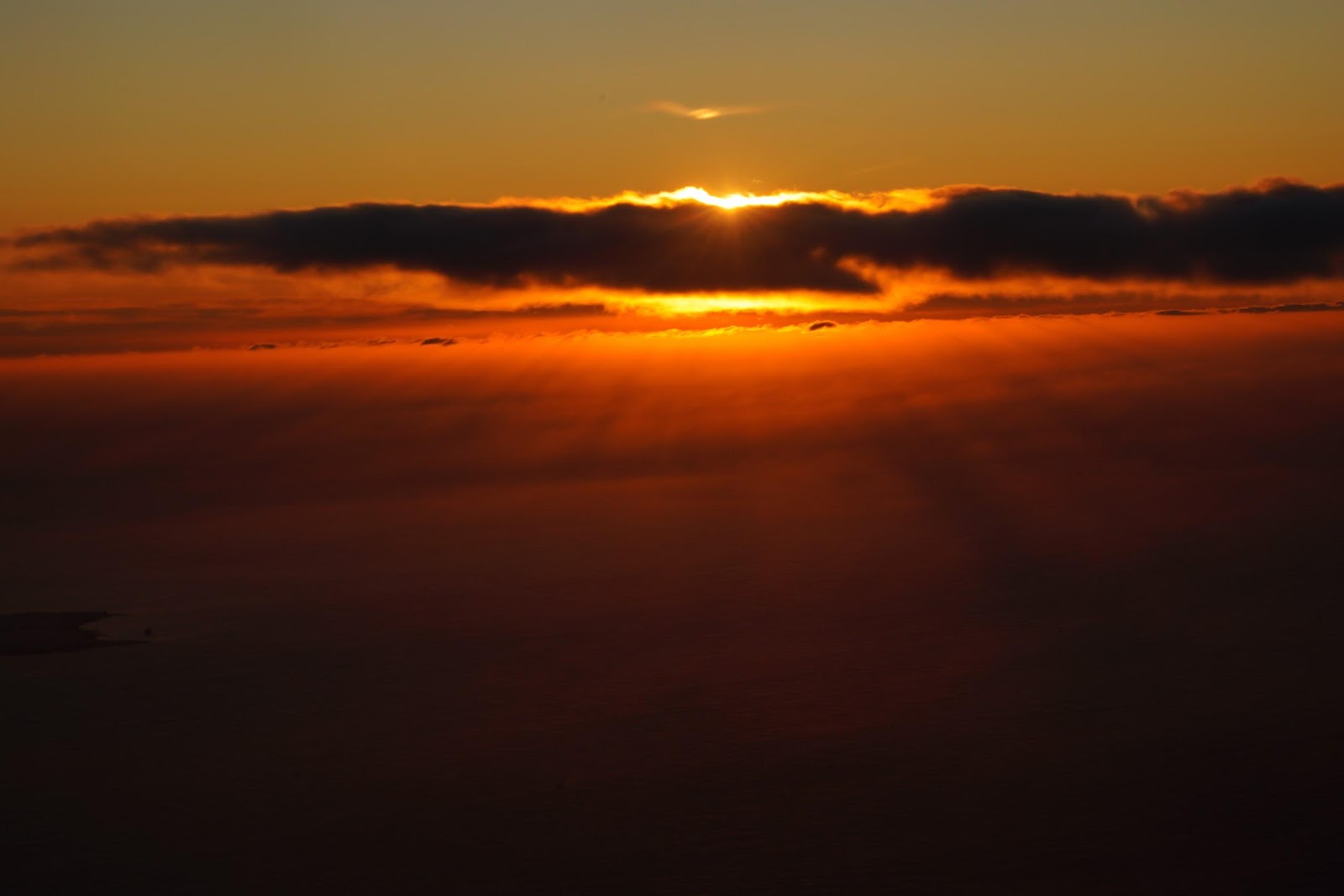