In 2020, real sector became the main factor in stability of Kazakhstan’s national economy 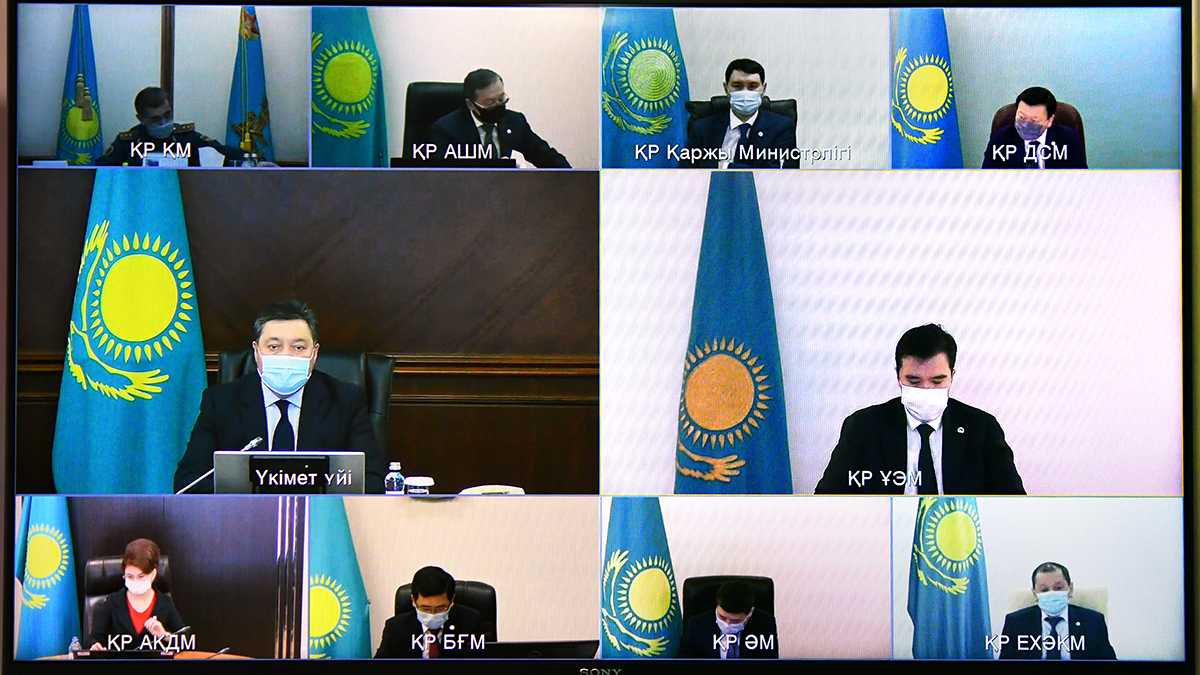 At the government session chaired by Prime Minister Askar Mamin, the results of the country's socio-economic development and the execution of the republican budget for 2020 were considered.

Minister of National Economy Ruslan Dalenov, Chair of the National Bank Erbolat Dossaev, Minister of Finance Yerulan Zhamaubayev reported on the state of the economy, banking sector, execution of the republican budget, local content in public procurement, Minister of Industry and Infrastructure Development Beibut Atamkulov and Minister of Energy Nurlan Nogayev spoke about the issues in processing industry and energy, Minister of Agriculture Saparkhan Omarov reported on the agro-industrial complex.

In 2020, the main factor for the sustainability of the national economy of Kazakhstan was growth in the real sector, including manufacturing, construction, and agriculture. So, in the manufacturing industry, an increase of 3.9% was ensured, of which in metallurgical production — by 2.6%, in the production of foodstuffs — by 4%, pharmaceuticals — by 47%, mechanical engineering — by 16.3%, including in the automotive industry by 52.5%, as well as in the light industry by 15%.

Construction volumes increased by 11.2%, housing commissioning — by 16.8%, or about 15.3 million square meters. Agriculture achieved a steady growth of 5.6%.

Limited dynamics is noted in the mining industry against the background of the need to fulfill the agreements reached by OPEC+. According to the results of 12 months, the IFO for the industry was -3.7%

The gold and foreign exchange reserves of the Republic of Kazakhstan and the assets of the National Fund as of Dec. 31, 2020, amounted to $94.4 billion, having increased by $3.6 billion over the year.

The stability of the economy made it possible to keep the unemployment rate in the range of up to 5% and prevent a significant decrease in real incomes of the population.

The effectiveness of the government's measures to ensure the sustainability of the economy is the current crisis has been repeatedly noted by leading international financial institutions, rating agencies and consulting companies.

The epidemiological situation is under control, although certain restrictions in some regions continue to operate to ensure the safety of citizens.

Against the background of the stabilization of the epidemiological situation, there is a gradual recovery in the service sector. In December, compared with November, the recovery continued in the spheres of trade (+1.4%) and communications (+0.2%).

Akmola, Aktobe, Almaty, East Kazakhstan, Zhambyl, Kostanay, North Kazakhstan and Turkistan regions, as well as the cities of Nur-Sultan and Shymkent ensured the growth of socio-economic development in 5 out of 7 key indicators. Positive dynamics in 4 indicators was achieved in Karaganda, Mangystau, Pavlodar regions and Almaty.

“2020 has been a challenging year. Thanks to the timely measures taken, we overcame them. In order to further ensure sustainable socio-economic development of the country and improve the quality of life of the population, it is necessary to effectively implement the pre-election program of the Nur Otan party,’’ Mamin said.

The head of government announced that the results of socio-economic development and tasks for the coming period will be discussed in detail at an expanded meeting of the Government chaired by the President of the Republic of Kazakhstan Kassym-Jomart Kemelevich Tokayev.