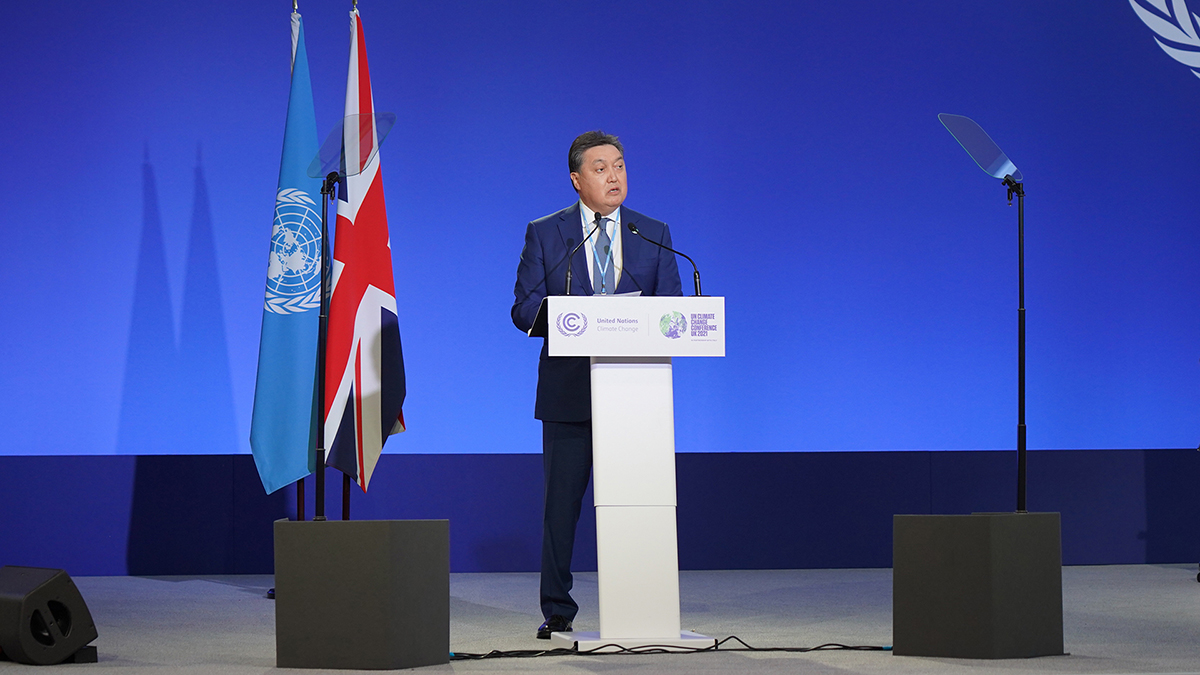 On Nov. 1, 2021, Prime Minister Askar Mamin took part in the Summit of world leaders of the UN Framework Convention on Climate Change (COP26) in Glasgow, Scotland.

In his speech, the Head of Government emphasized that Kazakhstan was one of the first in the world to ratify the Paris Agreement (Dec. 6, 2016). In the implementation of this document, the Republic of Kazakhstan intends to reduce greenhouse gas emissions by 15% by 2030. To achieve this goal, Kazakhstan updated its Nationally Determined Contribution (NDC), and also adopted a new Environmental Code.

“Kazakhstan will increase the volume of energy from renewable sources 5 times from 3% to 15%, energy production from environmentally friendly sources — 2 times from 20% to 38%. The potential for carbon sequestration will be increased by planting over 2 billion trees by 2025. It is planned that the share of energy generated from coal will decrease from 70% to 40%,” Mamin said. 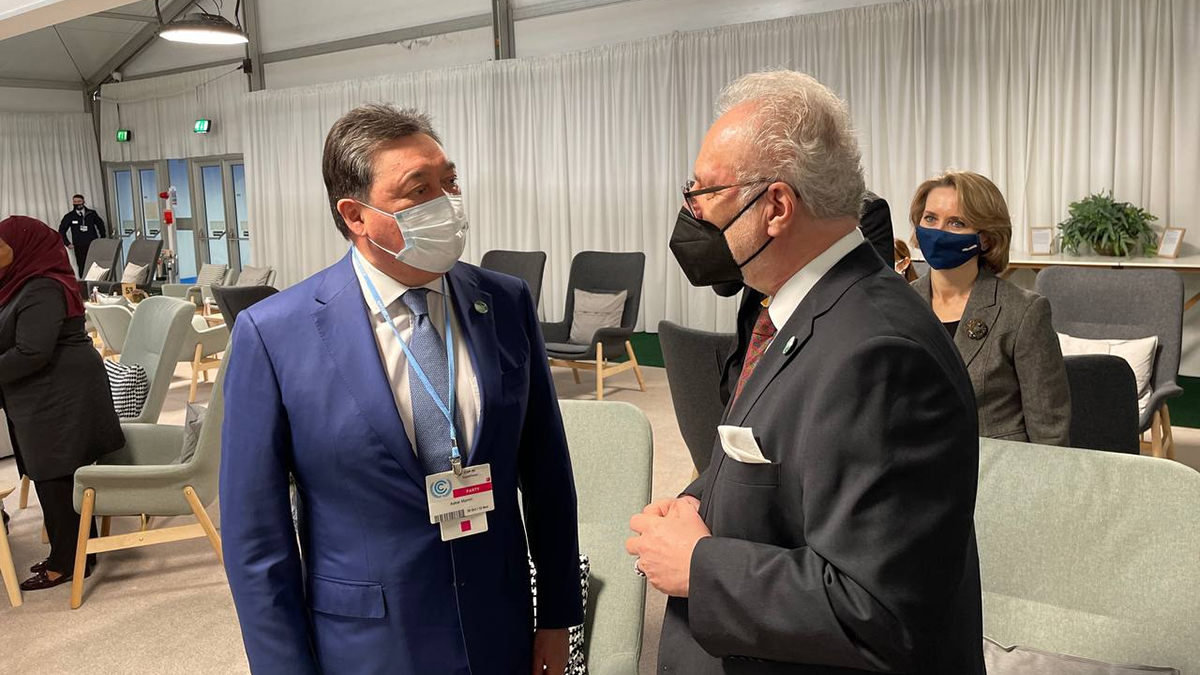 The Prime Minister noted that at the summit on climate ambitions in December 2020, President of the Republic of Kazakhstan Kassym-Jomart Tokayev announced the goal of Kazakhstan achieving carbon neutrality by 2060. To implement it, the Government of the Republic of Kazakhstan is completing the development of a strategic document that provides for significant reforms in all sectors of the economy with an emphasis on energy, manufacturing, agriculture and forestry, transport, housing and communal services and waste disposal.

Carbon neutrality of Kazakhstan will be achieved by increasing the sustainability of land use and water use, energy efficiency of the economy, electrification and large-scale use of environmentally friendly, incl. renewable energy sources. When implementing plans to reduce greenhouse gas emissions, the potential of market mechanisms and private investment will be maximized. 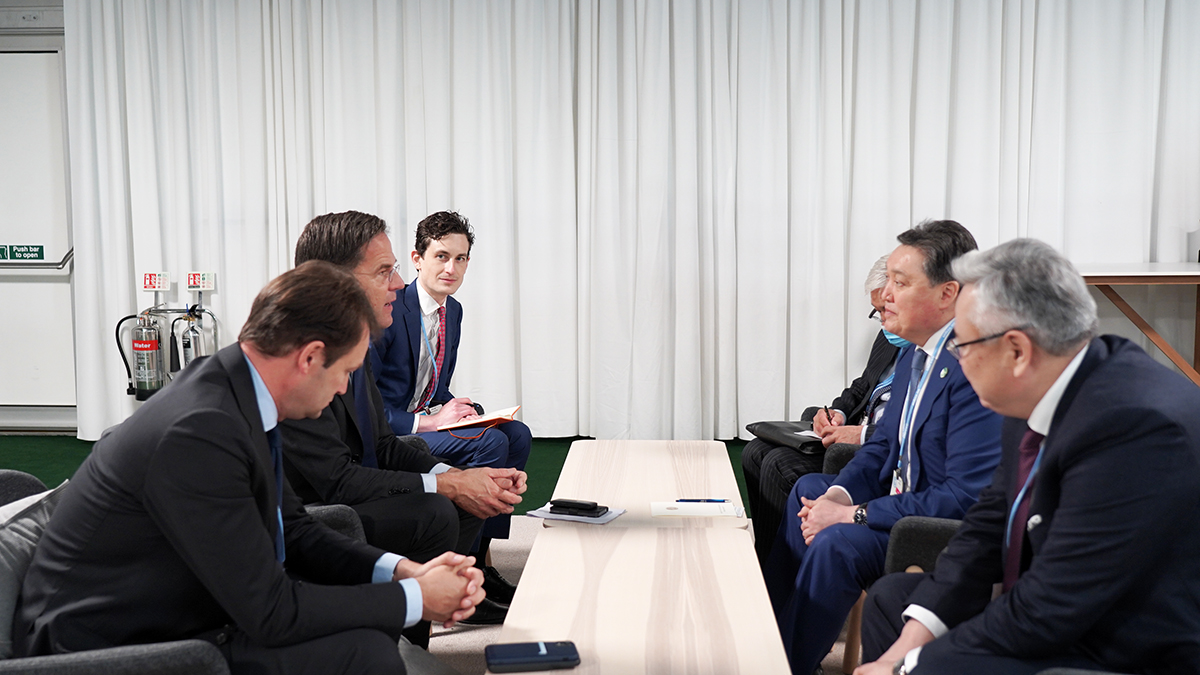 The Head of Government confirmed Kazakhstan's commitment to act as the Regional Climate Hub of Central Asia for sustainable development. This will allow uniting the efforts of the countries of the region in ensuring green economic growth through technology transfer, attracting green finance, sharing knowledge and innovations at the site of the AIFC Green Finance Center and other regional organizations dealing with the climate agenda.

Within the framework of COP26, Kazakhstan joined the Declaration on Forests and Land Use, as well as the Commitment on Education and Youth Engagement. 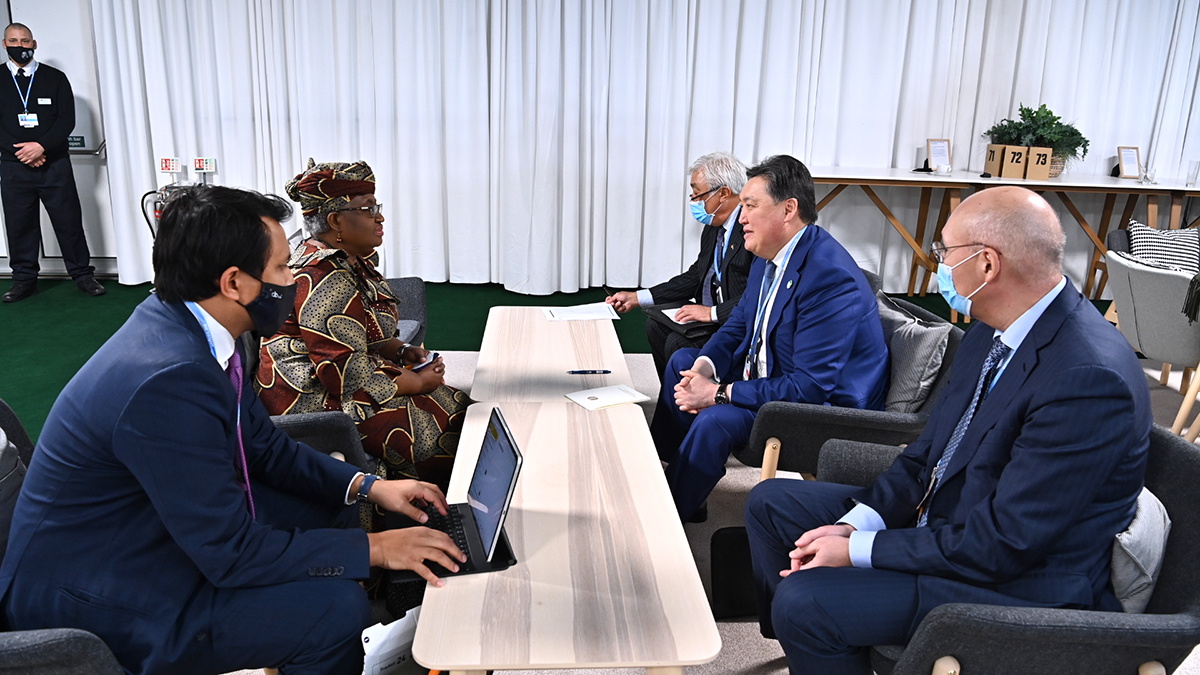 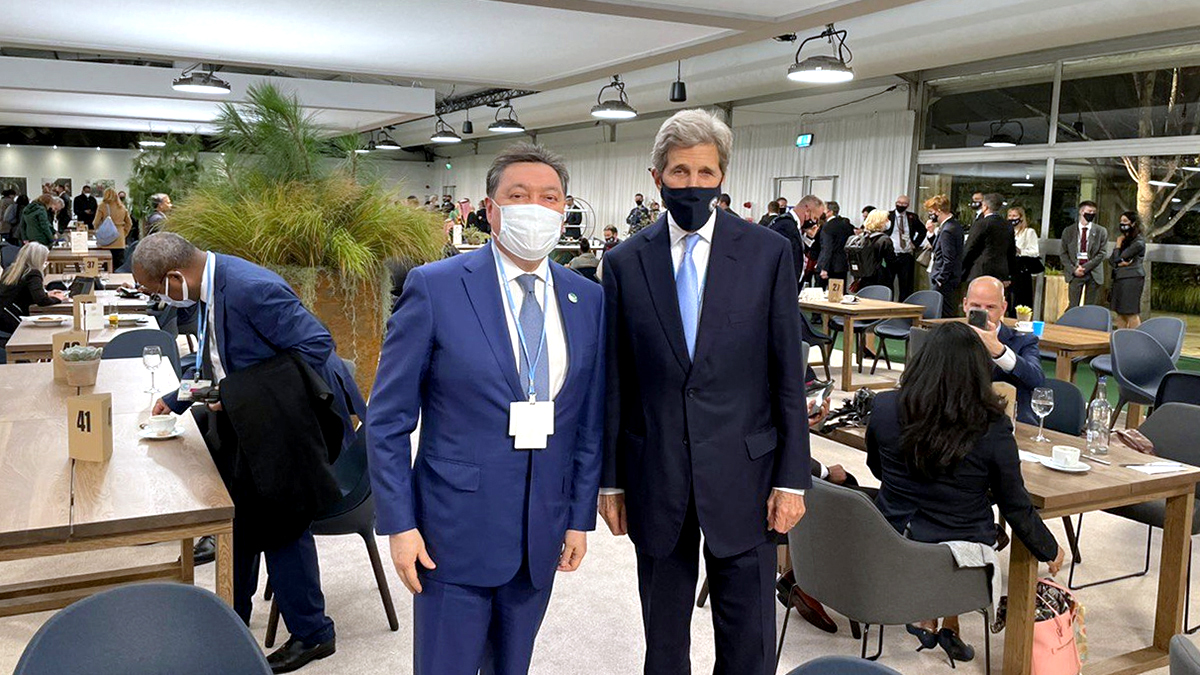 In the context of Kazakhstan's preparation for the chairmanship of the 12th ministerial conference of the World Trade Organization (Geneva, Nov. 30 - Dec. 3, 2021), the Prime Minister of the Republic of Kazakhstan Askar Mamin met with the Director General of the WTO Ngozi Okonjo-Iweala and the State Minister of Foreign Trade Great Britain Anne-Marie Trevelyan.

Following the visit and bilateral meetings, a joint statement was adopted by the governments of the Republic of Kazakhstan and the United Kingdom of Great Britain and Northern Ireland on strategic partnership and joint efforts to respond to climate change.

The document provides for strengthening cooperation in the field of environmental protection, decarbonization of the economy, realizing Kazakhstan's potential in the development of renewable energy sources, green financing, forest conservation, improving land use efficiency, etc.

“In 30 years since Kazakhstan became an independent country and developed diplomatic relations, Kazakh-British relations have acquired the character of a strong partnership based on mutual trust, common values ​​and effective cooperation,” the joint statement underlines.