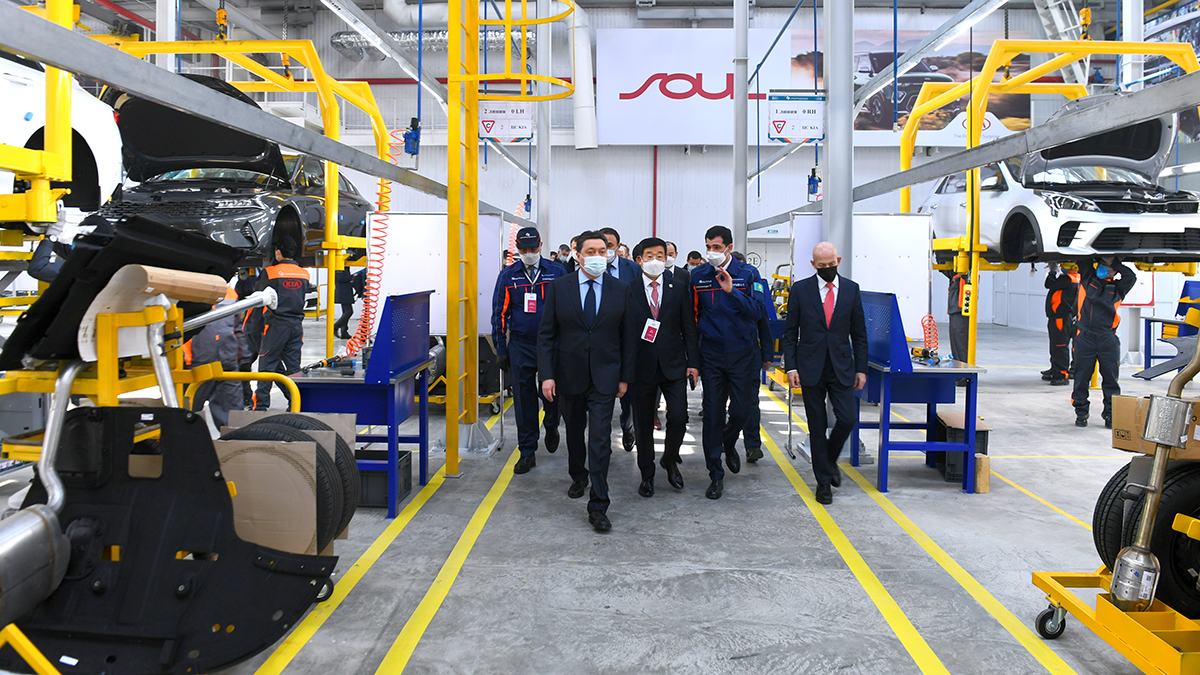 As part of his working trip to Kostanay region, Prime Minister Askar Mamin inspected the implementation of investment projects in the automotive industry and agricultural machinery production.

The head of government together with the President of KIA Motors Russia and CIS LLC Kim Jin-Ha took part in the opening ceremony of the KIA production line at the SaryarkaAvtoProm LLP plant. Within the framework of the project, it is planned to produce 20 thousand KIA vehicles per year. The level of localization of products will be increased to 50% through the use of small-unit manufacturing technologies, including welding and painting of bodies.

“Automotive industry is one of the strategically important directions of industrial development of Kazakhstan, and it shows positive dynamics every year,” Mamin said.

The prime minister got acquainted with the construction of the KamLitKZ iron casting plant. The first stage of construction is planned to be completed in October 2021, the second and third stages — in 2023.The project cost is 80 billion tenge. 300 new jobs will be created. Upon reaching the design capacity, the production will produce axle housings, cylinder blocks and engine cylinder heads for new generation K5 trucks with a total volume of more than 40 thousand tons of cast iron per year. The implementation of the project will introduce Kazakhstan into the global technological chain of suppliers of KAMAZ PTC — 95% of products will be exported. 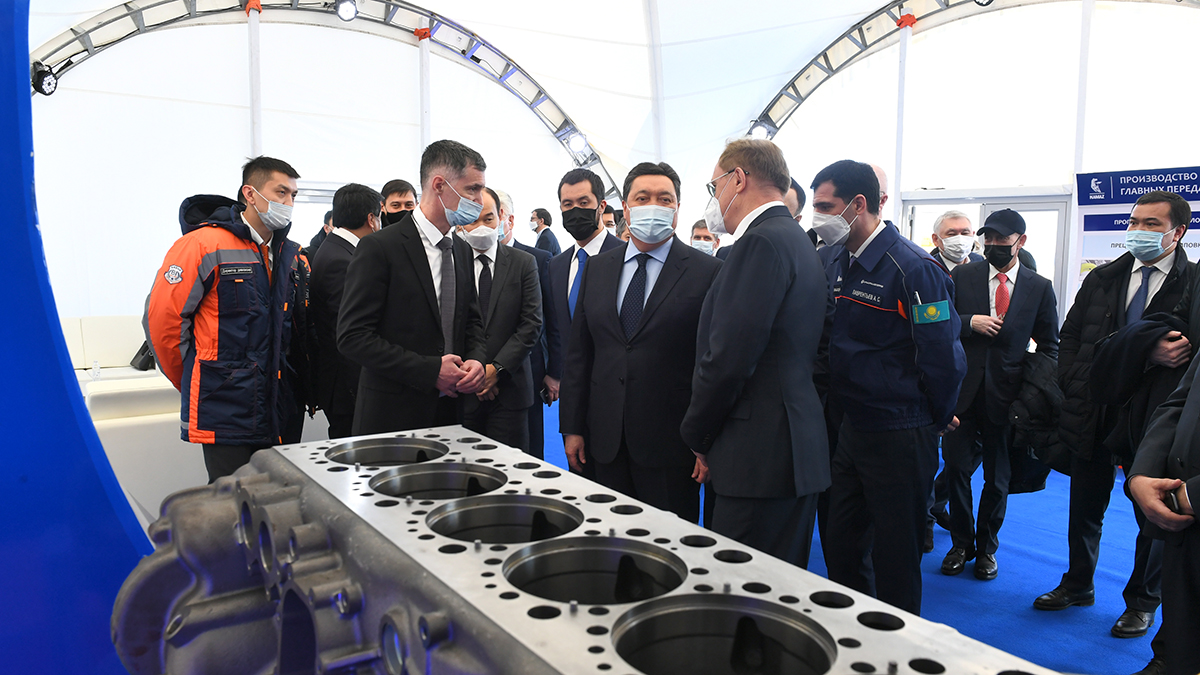 The head of government visited the localization center of AgromashHolding JSC, which is designed to significantly increase the level of Kazakhstani content in agricultural machinery produced in the territory of the Republic of Kazakhstan.

On an area of ​​36 thousand square meters, automated lines were installed for laser cutting, bending, painting and welding of metal, the production of plastic products, interior parts, thermal noise insulation, conveyor assembly, etc. The equipment was purchased through the financial instruments of the Industrial Development Fund JSC. In the near future, the localization center will produce more than 1,200 items of components for agricultural machinery, as well as the automotive industry of the brands Kirovets, Essil, Lovol, Pottinger, Deutz-Fahr, JAC, Chevrolet etc. 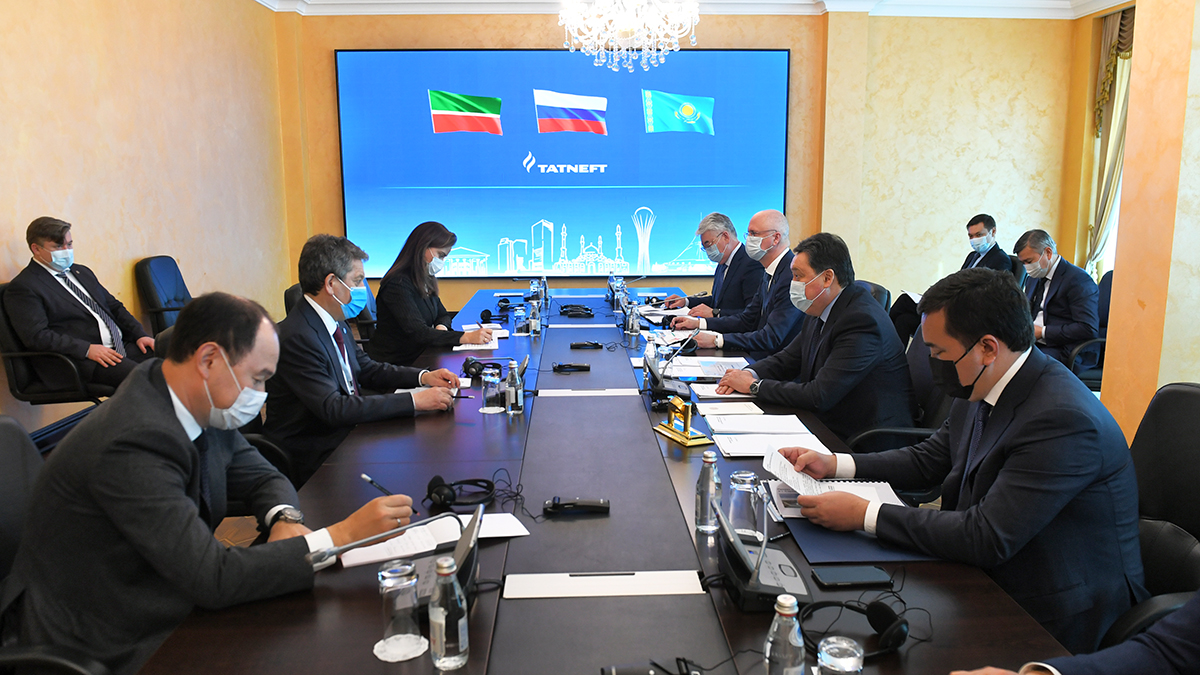 The prime minister discussed the prospects for further development of cooperation in the automotive industry with the management of KAMAZ, Tatneft, AvtoVAZ and KIA Motors.

The issues of increasing the localization of agricultural machinery production in Kazakhstan were considered at the meetings with the management of the Peterburgsky Tractorny Zavod JSC, the Belarusian Gomselmash JSC and the Italian SDF Group. 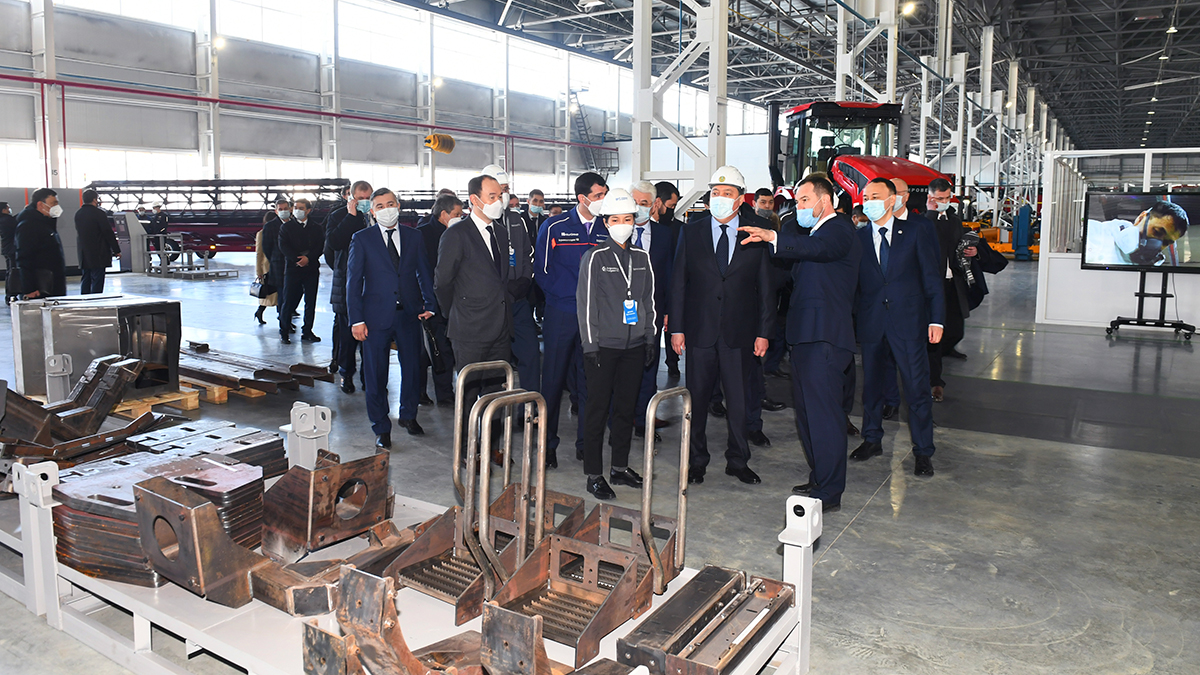 As a result of the negotiations, 9 documents were signed on the implementation of joint projects in the automotive industry, incl. industrial assembly agreements, investment agreements and special investment contracts in the presence of Askar Mamin. 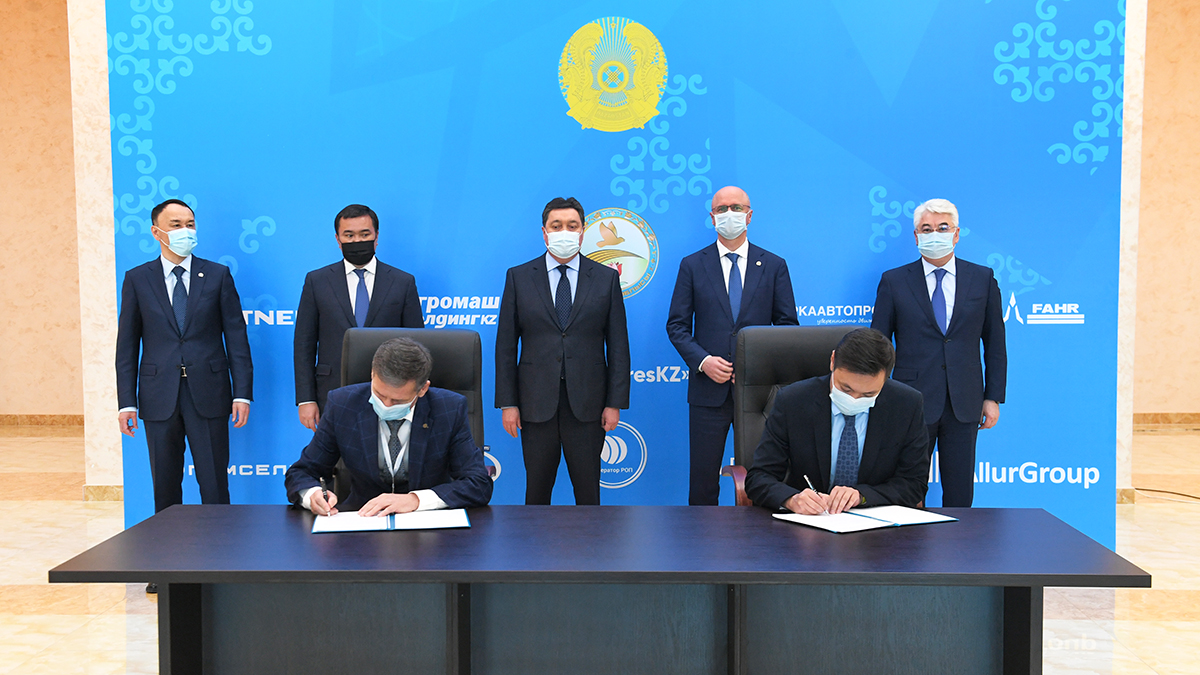 As part of the working trip, the prime minister got acquainted with the projects being implemented in the region in the field of the agro-industrial complex, agricultural machinery, as well as the development of housing infrastructure under the Nurly Zher state program.