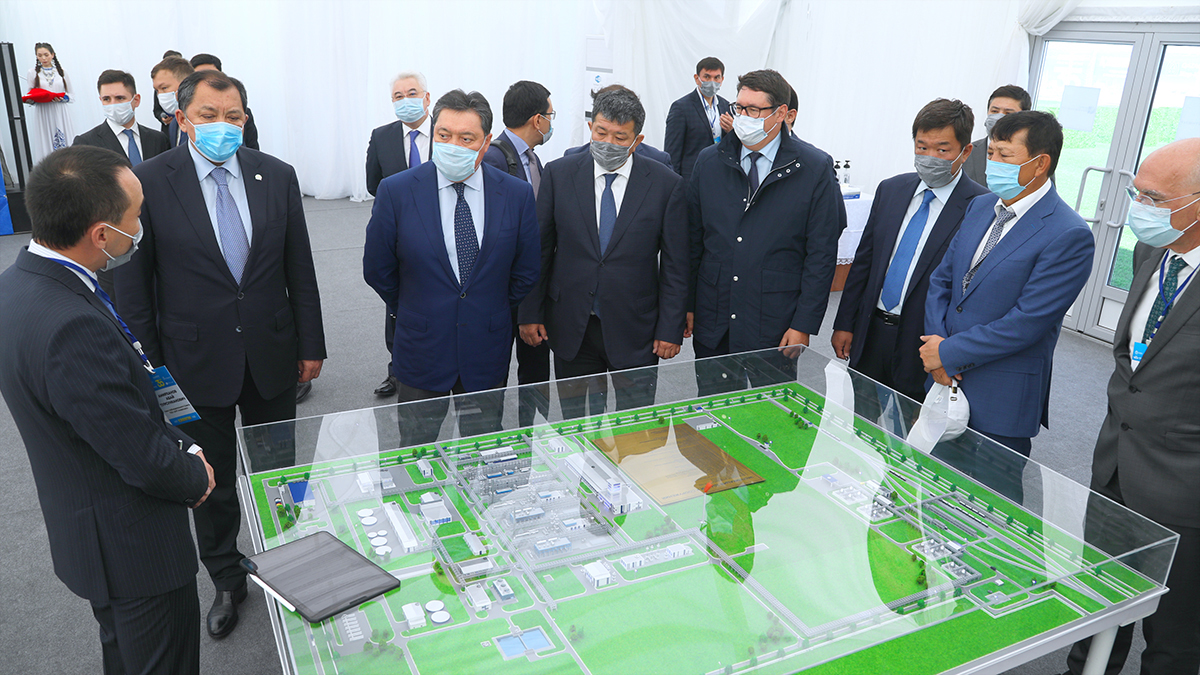 As part of his working trip to Atyrau region, Prime Minister Askar Mamin inspected the implementation of large investment projects in the petrochemical, oil and gas engineering industries.

The Head of Government launched the construction of a gas processing plant — a complex gas treatment unit — at the Kashagan field. 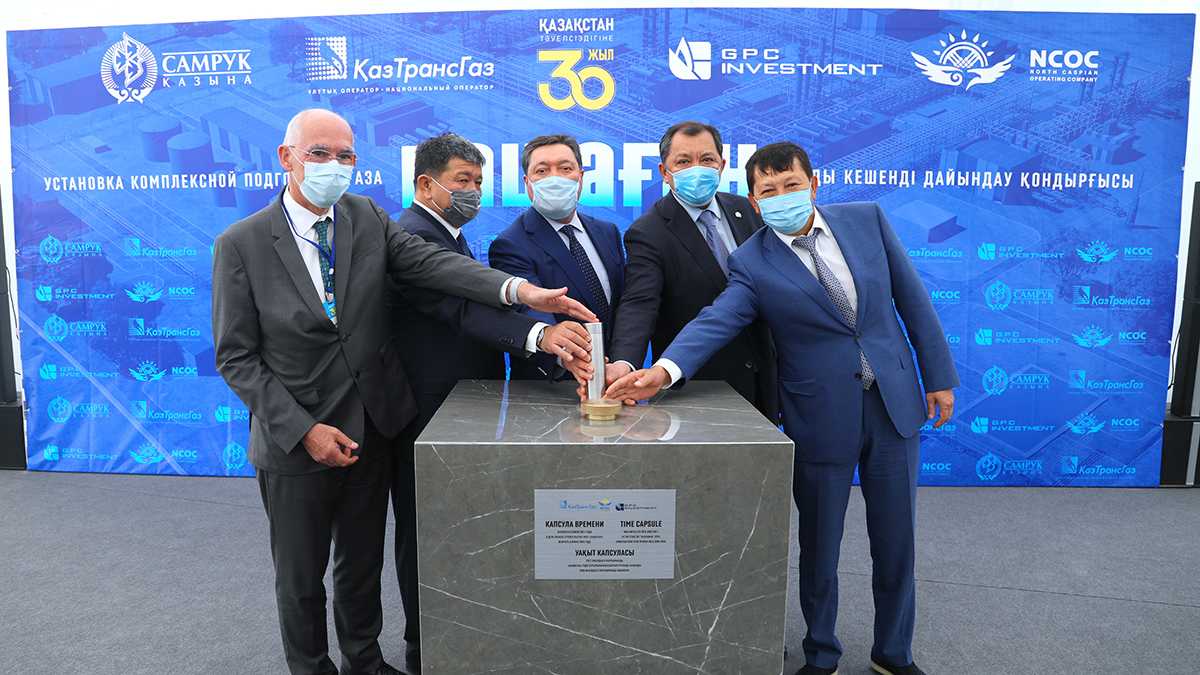 The project will give impetus to the development of the country's gas processing industry, will increase the level of oil production at Kashagan to 450 thousand barrels per day, expand the resource base for further gas supply of the country and improve the environmental friendliness of oil and gas production. During the construction period, up to 2,500 temporary jobs will be created here, and during the operation period — 600 permanent jobs.

The Prime Minister inspected the construction of the first integrated gas chemical complex in Kazakhstan for the production of polypropylene with a capacity of 500 thousand tons per year. The project is being implemented by Kazakhstan Petrochemical Industries (KPI) LLP. The total investment is $ 2.6 billion. Commissioning is scheduled for March 2022. The enterprise will create over 630 permanent jobs. To date, the overall progress on the project schedule is 87.19%. 39 subcontracting companies are involved in the construction, 36 of which are Kazakhstani. 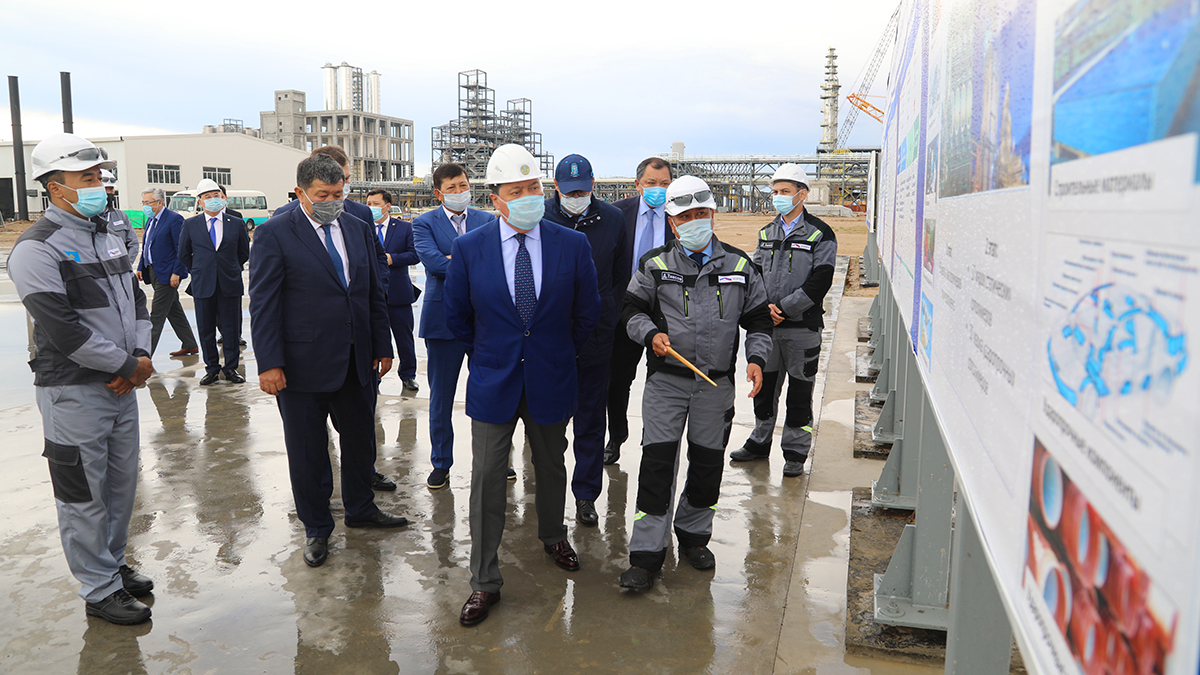 The Head of Government visited the joint Kazakh-French venture, Air Liquide Karabatan Teh Gaza, which in April 2021 completed the construction of a plant for the production of nitrogen and compressed dry air to ensure the operation of the Integrated Gas Chemical Complex for the production of polypropylene. The plant's capacity will be 8 thousand Nm3 / h of nitrogen and 8.1 thousand Nm3 / h of compressed dry air.

Askar Mamin got acquainted with the work of the grating and hot-dip galvanizing workshop of Atyrauneftemash LLP, which was commissioned in August 2020, with a capacity of 36 thousand square meters of grating and 60 thousand tons of galvanizing per year.

During his visit to Caspian Oil LLP, the Prime Minister was presented the results of the digitalization of the Ayrankol field in the Zhylyoi district of the Atyrau region carried out in 2019-2021 — oil production increased by 10%, costs decreased by 30%, and operational activities were improved by 80% , the volumes of oil sludge were reduced, remote control and management of the field were introduced during a pandemic. 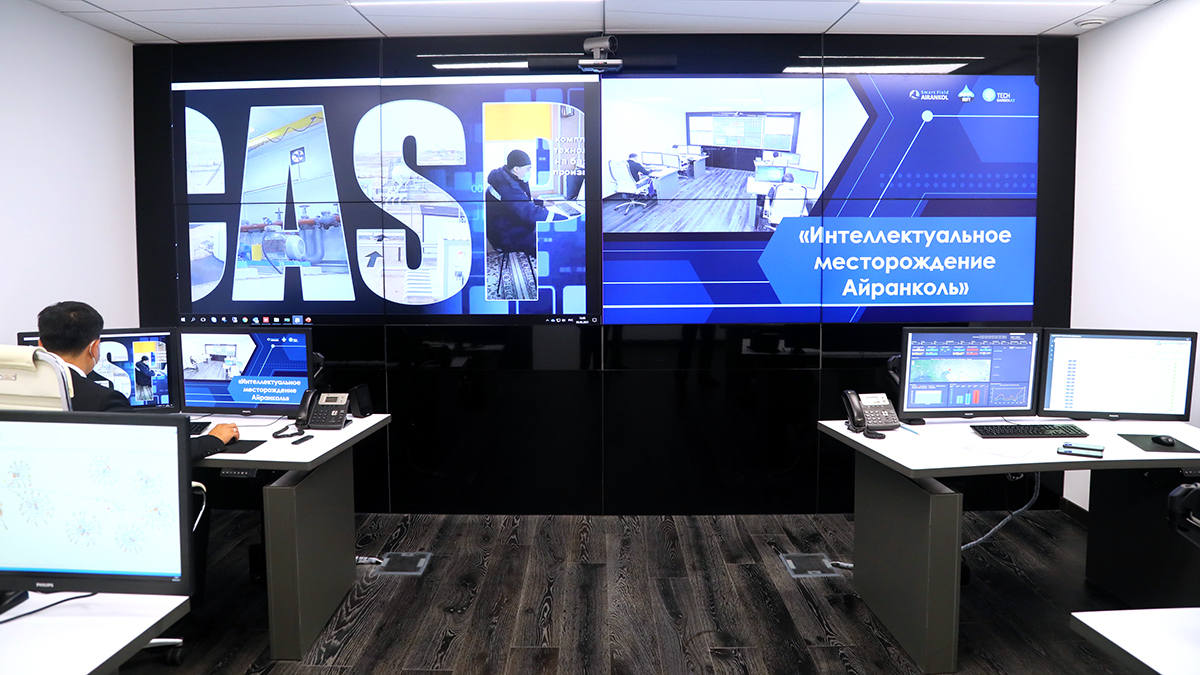 During the trip, the Prime Minister got acquainted with the activities of the fish farm Kaspi Bekiresi Limited, which grows sturgeon fish species. In the short term, the production volume of the enterprise is planned to be increased to 30 tons of fish meat and 3 tons of caviar per year.

The Prime Minister was also reported on the development of the life support infrastructure of the city of Atyrau. 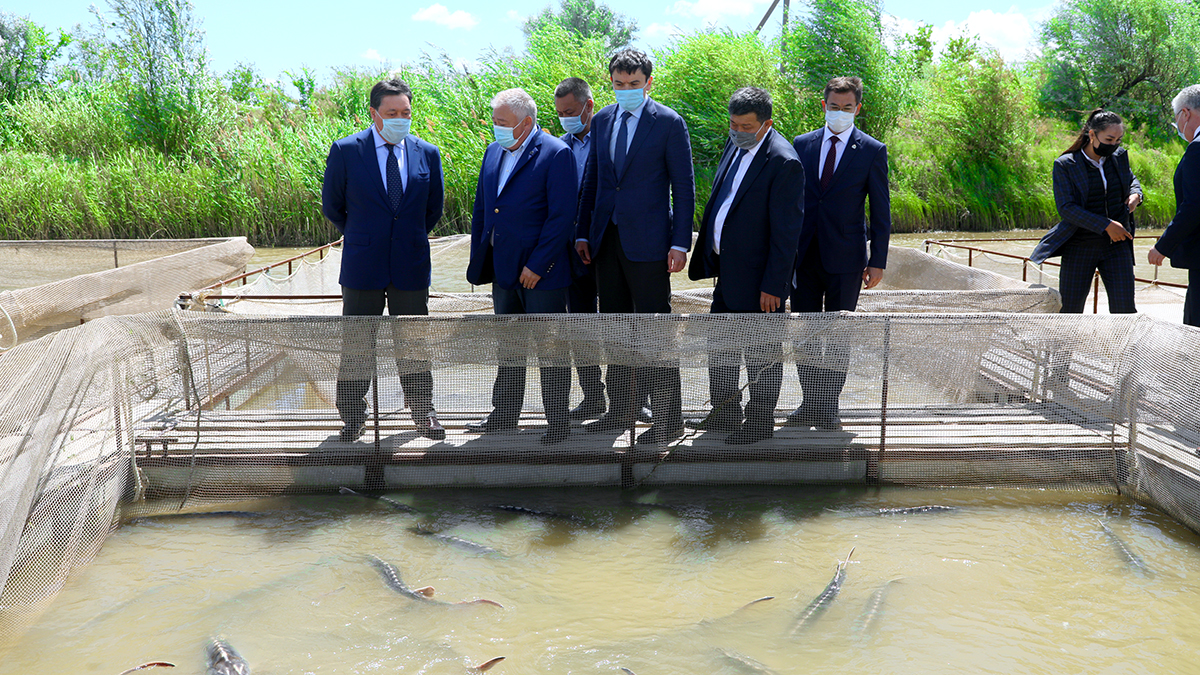