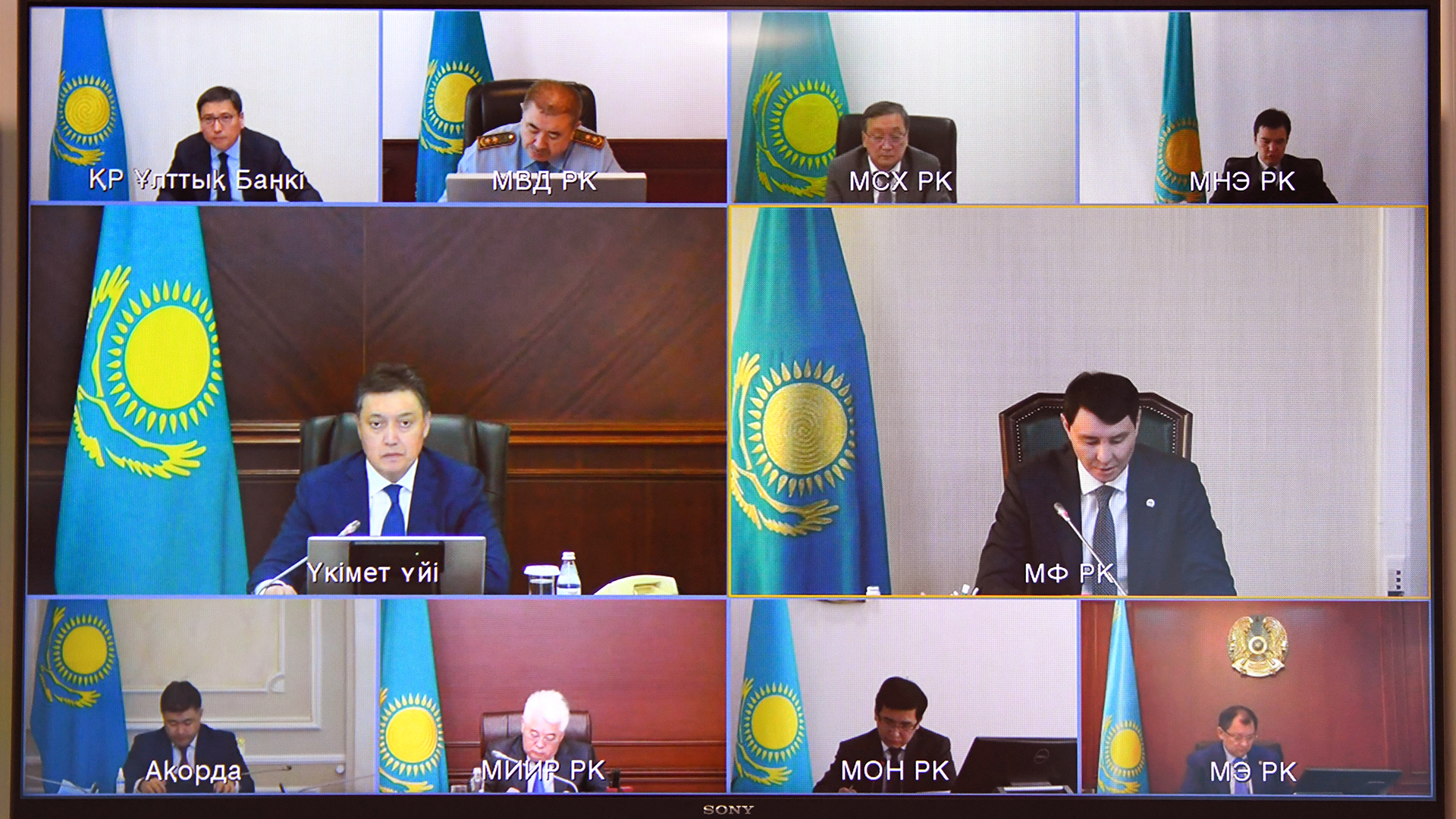 At a government session chaired by Prime Minister Askar Mamin, the results of the country's socio-economic development and the implementation of the republican budget for January-May 2020 were considered.

The Minister of National Economy Ruslan Dalenov, Chair of the National Bank Erbolat Dossaev, Minister of Finance Erulan Zhamaubaev reported on the state of the economy, the banking sector, the implementation of the republican budget, and local content in public procurement, Minister of Industry and Infrastructure Development Beibut Atamkulov and Minister of Energy Nurlan Nogayev told about the industry and energy sectors, Minister of Agriculture Saparkhan Omarov reported on agriculture, akims of the Almaty region Amandyk Batalov, Karaganda Region Zhenis Kassymbek, North Kazakhstan Region Kumar Aksakalov told about the state of development in the regions.

In January-May 2020, GDP decreased by 1.7% compared to the corresponding period of 2019, due to the sharp decline in business activity in the world and the region caused by the pandemic, as well as uncertainty in the international raw materials and capital markets.

At the same time, the measures taken by the government and the stability accumulated in the national economy made it possible to ensure confident growth dynamics in the real sector of the economy of the Republic of Kazakhstan. The volume of mining industry grew by 5.2%, manufacturing industry — 4.9%, including machine building — 18.5%, pharmaceuticals — 21.2%, light industry — 10.8%, production of building materials — 12.3%. Construction volumes increased by 5.9%, and a positive trade balance was ensured.

Gross agricultural output increased by 2.2%. In the optimal time, spring field work was completed, according to the results of which the cultivated area increased by 237.7 thousand ha and amounted to 22.5 million ha.

The measures to support employment were actively implemented. This year, 1.22 million citizens of the Republic of Kazakhstan will be covered by comprehensive measures to promote employment.

Against the background of a phased easing of the quarantine regime, business activity in the services sector is dynamically recovering. So, in May, compared with April, a significant increase was noted in trade (+ 28.3%), transport sector (+ 20.7%) and public services (+ 28.8%).

According to the results of 5 months in 2020, the volume of investments in fixed assets grew by 0.1% compared to the corresponding period last year. However, in May, compared with April of this year, this indicator increased by 32%. At the same time, the growth in private investment in fixed assets amounted to 25.7%.

“Our task is to restore the pre-crisis pace of economic development as soon as possible. All urgent measures taken by us to support the economy and implement the Comprehensive Plan to restore economic growth before the end of this year should contribute to this,” said Mamin.

According to the main indicators, outstripping growth rates of socio-economic development were achieved in Karaganda, North Kazakhstan, Almaty and Kostanay regions, average republican values ​​were achieved in West Kazakhstan, Zhambyl, Akmola, Turkistan, Aktobe, East Kazakhstan, Pavlodar regions, cities of Nur-Sultan and Almaty, Atyrau, Kyzylorda, Mangystau regions, as well as the city of Shymkent, showed lower results than the republican level for some indicators.

The head of government pointed out the need for the regions to actively take all measures to implement the Comprehensive Plan for Restoring Economic Growth, as well as government programs, to maximize support for domestic production, attract investment, promote exports, maintain employment and create permanent jobs.

“In the current environment, it is necessary to spend budget funds rationally and efficiently. Each tenge should work for the economy,” Mamin emphasized.

The prime minister noted that following the results of six months, the effectiveness of the central government bodies and akimats will be considered at an expanded meeting of the government chaired by Head of State Kassym-Jomart Tokayev.