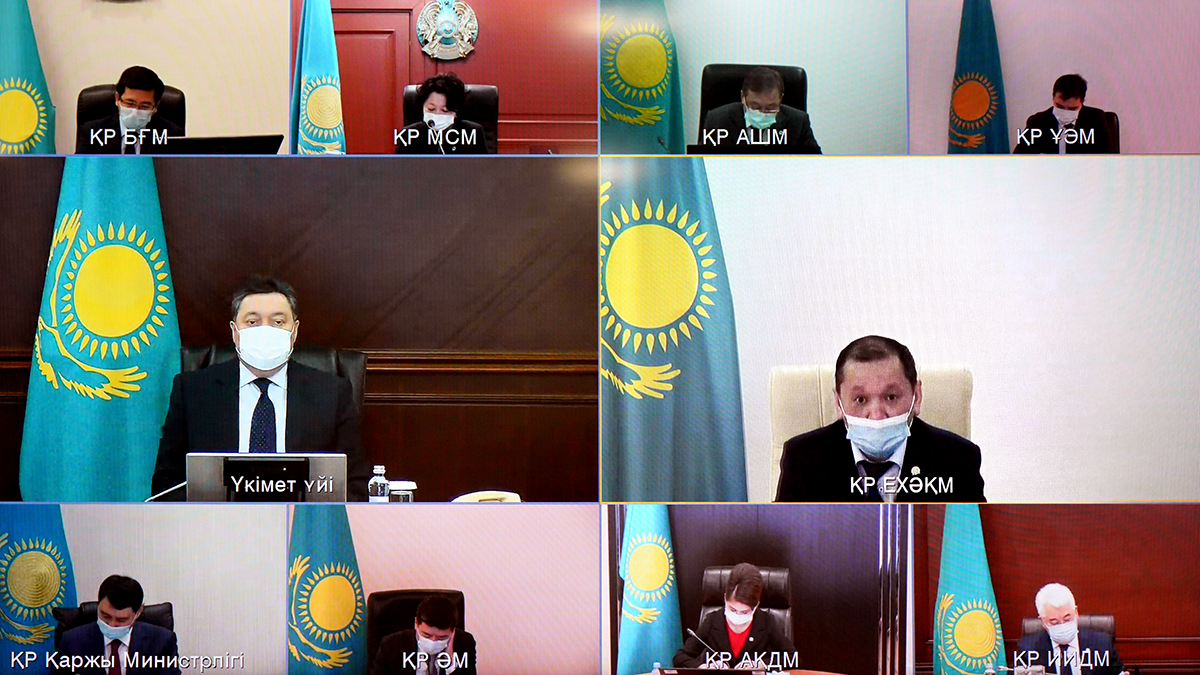 At the government session chaired by Prime Minister Askar Mamin, issues of protecting the labor rights of citizens were considered.

The current system of regulation of labor relations allows ensuring a balance of interests between employers and employees. Tripartite commissions operate at all levels, 22 sectoral and more than 200 regional agreements have been concluded.

The implementation in the so-called city of the Comprehensive Plan for the Prevention and Resolution of Labor Conflicts made it possible to ensure social stability in the labor sphere. As a result of the measures taken, the number of conflicts at enterprises has decreased by 2 times – in the oil and gas and oil service sectors in Atyrau, Mangystau, Aktobe and Karaganda regions.

Since the beginning of this year wage arrears for 4.2 billion tenge were repaid, the rights of 31 thousand employees were protected. More than 2.3 million jobs were saved under the signed memorandums. Despite the global economic crisis caused by the pandemic, it was possible to keep unemployment at 5%. According to the rating of labor market efficiency of the Global Competitiveness Index of the World Economic Forum, Kazakhstan has risen from 30th to 25th place.

More than 131 thousand memorandums of mutual cooperation between akimats, trade unions and regional enterprises have been concluded. When employers fulfill their obligations, the preservation of jobs for 2.3 million workers is ensured.

The anti-crisis Employment Roadmap is being implemented. This year, measures to ensure employment, including the Employment Roadmap, Enbek and other state programs, covered 1 million 390 thousand people, of which 730 thousand were provided with permanent jobs.

“The main task of all parties to labor relations is to comply with labor laws. We need to keep these issues under special control,” Mamin said.

The prime minister instructed the Ministry of Labor, together with akimats and government agencies, to develop an algorithm for identifying wage arrears in a proactive mode based on data from information systems.

The Head of Government noted the need for a complete translation of labor contracts into electronic format, which will ensure prompt and objective control over the observance of the labor rights of citizens.

For a phased reduction of jobs with harmful working conditions by the end of the first half of 2021, the Ministry of Labor, together with social partners, was instructed to develop a Concept on labor safety and protection until 2030.

Akimats, together with interested government agencies, were instructed to ensure that employers fulfill their obligations to preserve jobs within the framework of the signed memorandums, prevent mass layoffs of workers and take measures to promote employment.