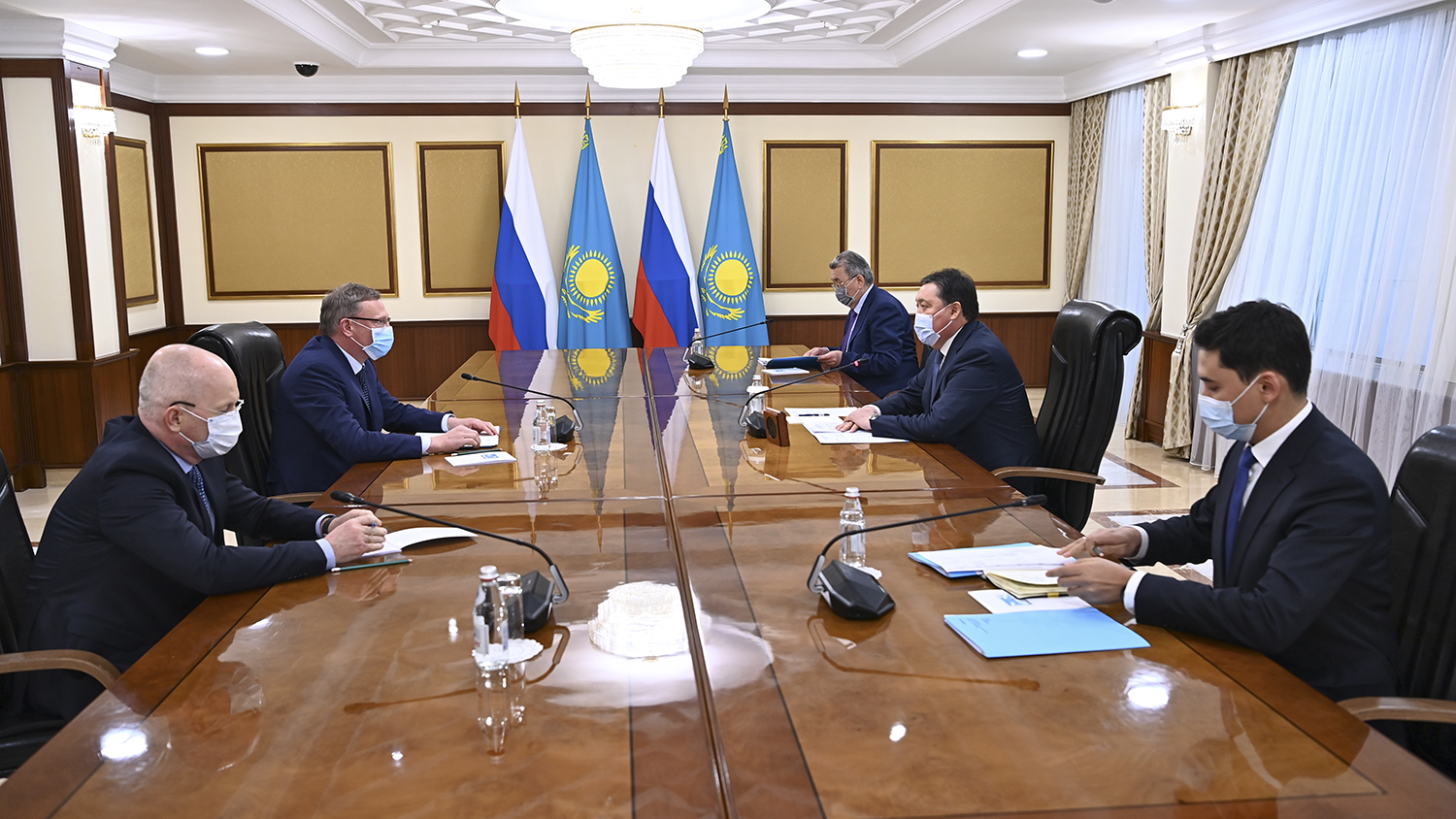 Prime Minister Askar Mamin met with the Governor of the Omsk Region of the Russian Federation Alexander Burkov.

The parties discussed topical issues of cross-border cooperation between the Republic of Kazakhstan and the Russian Federation in trade and economic, industrial cooperation, agro-industrial complex, energy, transit and transport, tourism, cultural and humanitarian spheres.

During the talks, special attention was paid to the development of river navigation on the transboundary river Ertis (Irtysh).

The volume of cargo transportation on the river between the cities of Pavlodar and Omsk is planned to increase 4 times by 2025 and bring it to 1 million tons per year. The ongoing overhaul of the Bukhtarma, Ust-Kamenogorsk and Shulbinsk shipping locks will facilitate the opening of through navigation along the entire Ertis River and, in the future, multimodal communication with the PRC.

Kazakhstan is the largest trade and economic partner of the Omsk region of the Russian Federation. Trade turnover in January-July 2021 amounted to $192.3 million, which is 26.6% higher than the same period last year.