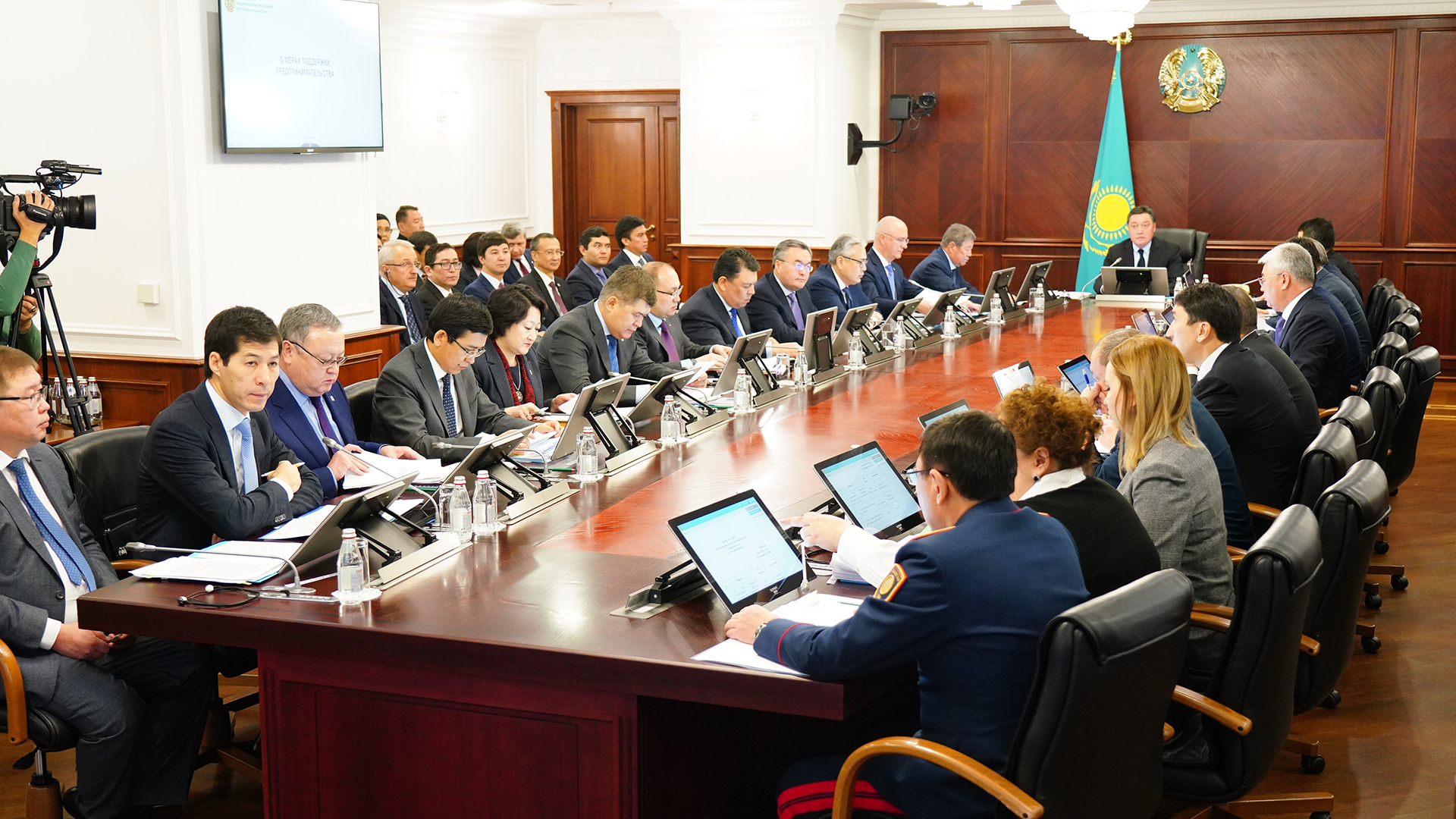 At a Government session chaired by Prime Minister Askar Mamin, the implementation of the Aul – El Besіgi project was reviewed.

Deputy Prime Minister Roman Sklyar reported on the work being done in this direction, the akims of the Almaty region Amandyk Batalov, the East Kazakhstan – Daniyal Akhmetov, Akmola – Yermek Marzhikpayev reported on the situation in the regions.

The implementation of the Aul – El Besigi project was launched in accordance with the instructions of Elbasy Nursultan Nazarbayev, given at the XVIII Congress of the Nur Otan Party on Feb. 27, 2019. The project will serve as a good foundation for the regional development programs in the context of districts, cities, regions, developed on behalf of Elbasy Nursultan Nazarbayev and President Kassym-Jomart Tokayev.

The main goal of the Aul – El Besіgі project is to improve the quality of life in rural areas, modernize the infrastructure of rural areas, bring them to the parameters of the System of Regional Standards. According to the new methodology, 3,477 promising villages were selected, in which 6.6 million people or 85% of the rural population live.

Given the planned additional increase of 900 billion tenge of allocated funds for the Project until 2027, the total amount of financing, together with other state programs aimed at the development of rural areas, will exceed 2 trillion tenge, and the number of projects will exceed 30 thousand.

Prime Minister Askar Mamin noted that within the framework of the project, within 7 years it is expected to improve the quality of life of about 7 million villagers by modernizing the infrastructure of villages. It is also planned to build and repair over 7 thousand km of roads and intra-village streets, life-support engineering networks, provide 100% high-quality drinking water, reconstruct and construct educational, health, cultural and sports facilities, as well as the create 130 thousand new jobs.

70% of expenses will be financed from the republican budget. Akimats of the regions were instructed to determine the sources of co-financing of the remaining 30%. In addition, it is necessary to attract extrabudgetary funds for the implementation of projects, prepare the necessary documentation and develop Economic Development Plans for each satellite and satellite village.