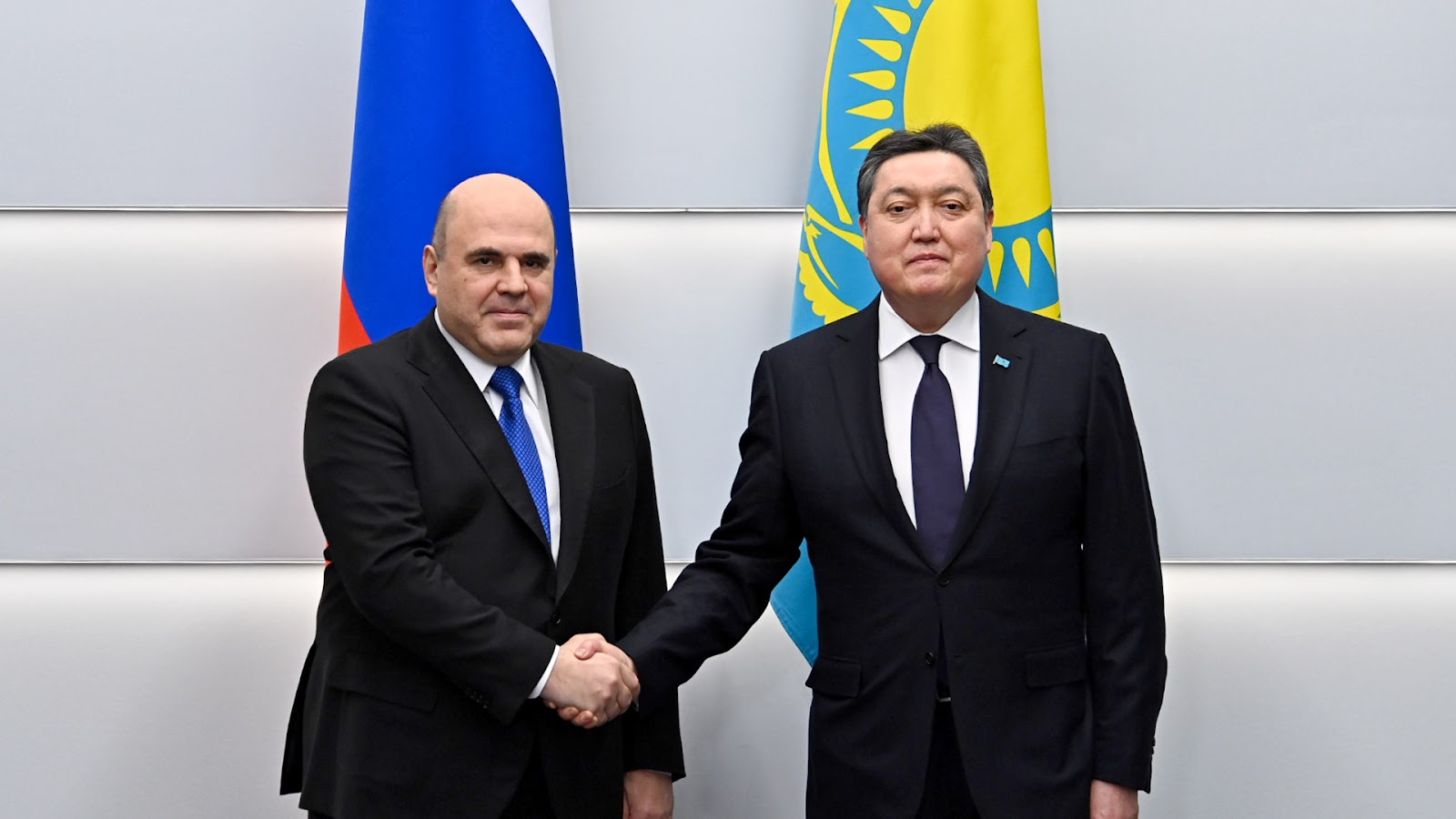 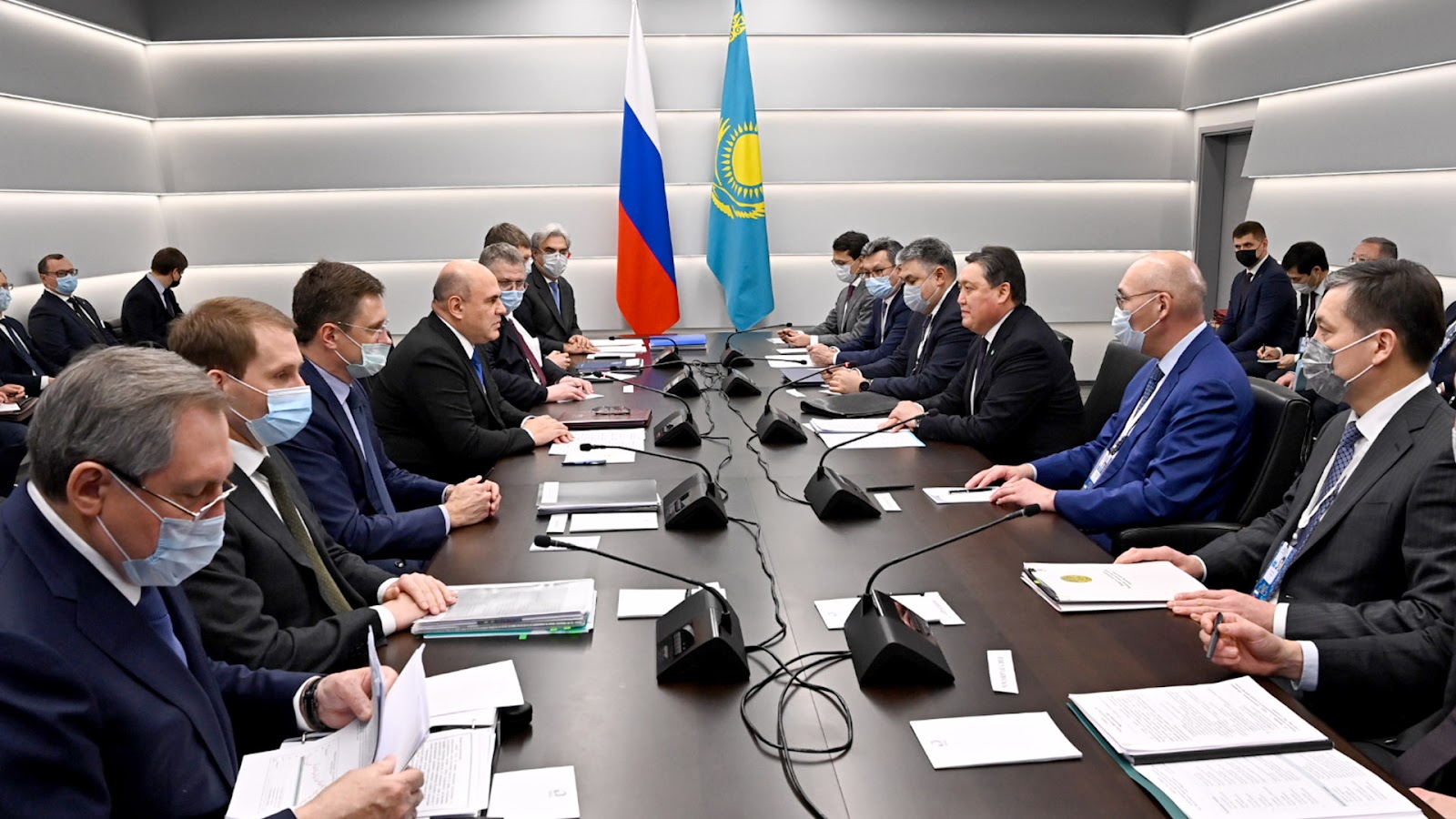 At the Coordination Center of the Government of the Russian Federation Askar Mamin and Mikhail Mishustin discussed the prospects for further building up Kazakh-Russian cooperation in trade and economic, financial and investment, transit and transport, agricultural, petrochemical, energy, space spheres, as well as projects within the framework of industrial cooperation.

Topical issues of interaction in the format of the Eurasian Economic Union, as well as joint measures to combat the spread of COVID-19 and mitigate the consequences of the pandemic for the economies of the Republic of Kazakhstan and the Russian Federation were considered. 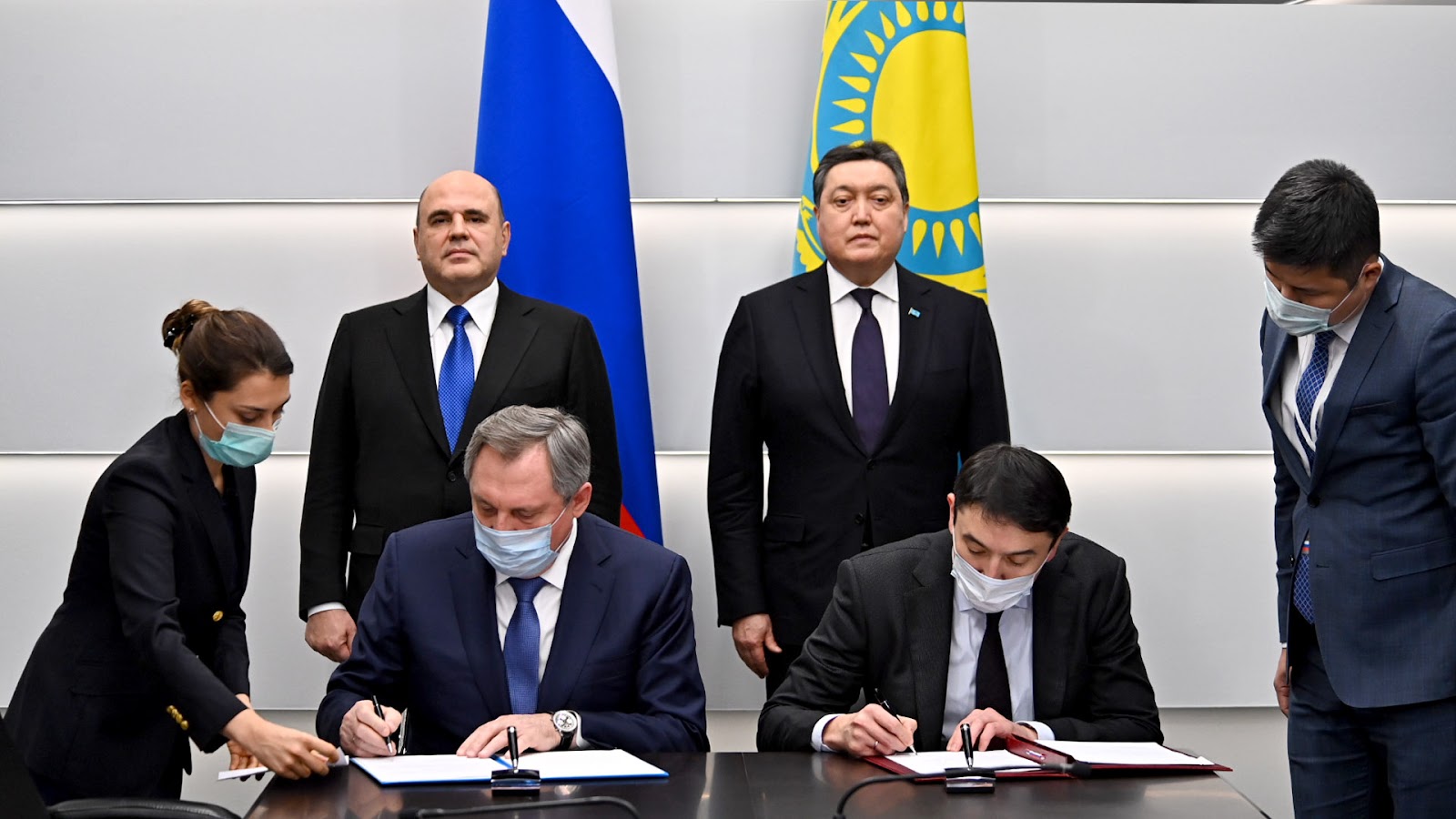 Mamin noted the high dynamics of the development of trade and economic relations and investment cooperation between Kazakhstan and Russia against the background of the active recovery of the national economies of the two countries. 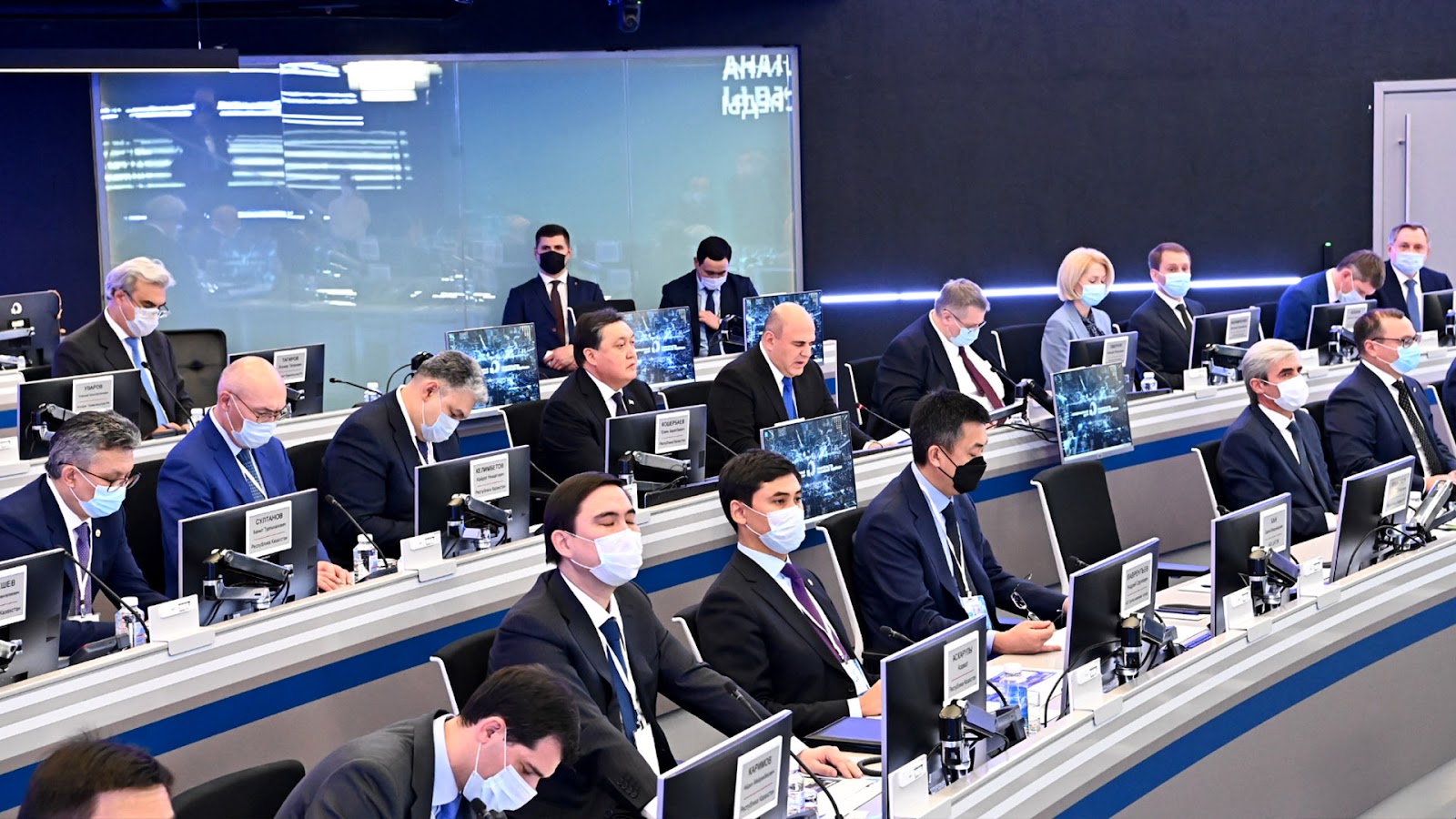 Following the results of 10 months of this year, the volume of trade between Kazakhstan and the Russian Federation increased by 30% and reached $19.5 billion. At the same time, progress is noted in diversifying the structure of trade — the volume of Kazakhstan's exports increased by 39.4%, incl. processed products by 47.7%. In the export structure, the products of the petrochemical industry (+18.6%), mechanical engineering (+21.9%), chemical (+33.1%) and light (+27.1%) industries increased. Compared to pre-pandemic 2019, trade volume has also increased by more than 21%.

In the first half of 2021, the volume of direct investments of the Russian Federation in the economy of the Republic of Kazakhstan increased by 17% and amounted to $704.9 million. In the field of industrial cooperation, 9 joint large projects worth $1.8 billion are being implemented in such industries as mechanical engineering, metallurgy, and the chemical industry. etc. At the stage of development there are 9 projects worth $2.8 billion. 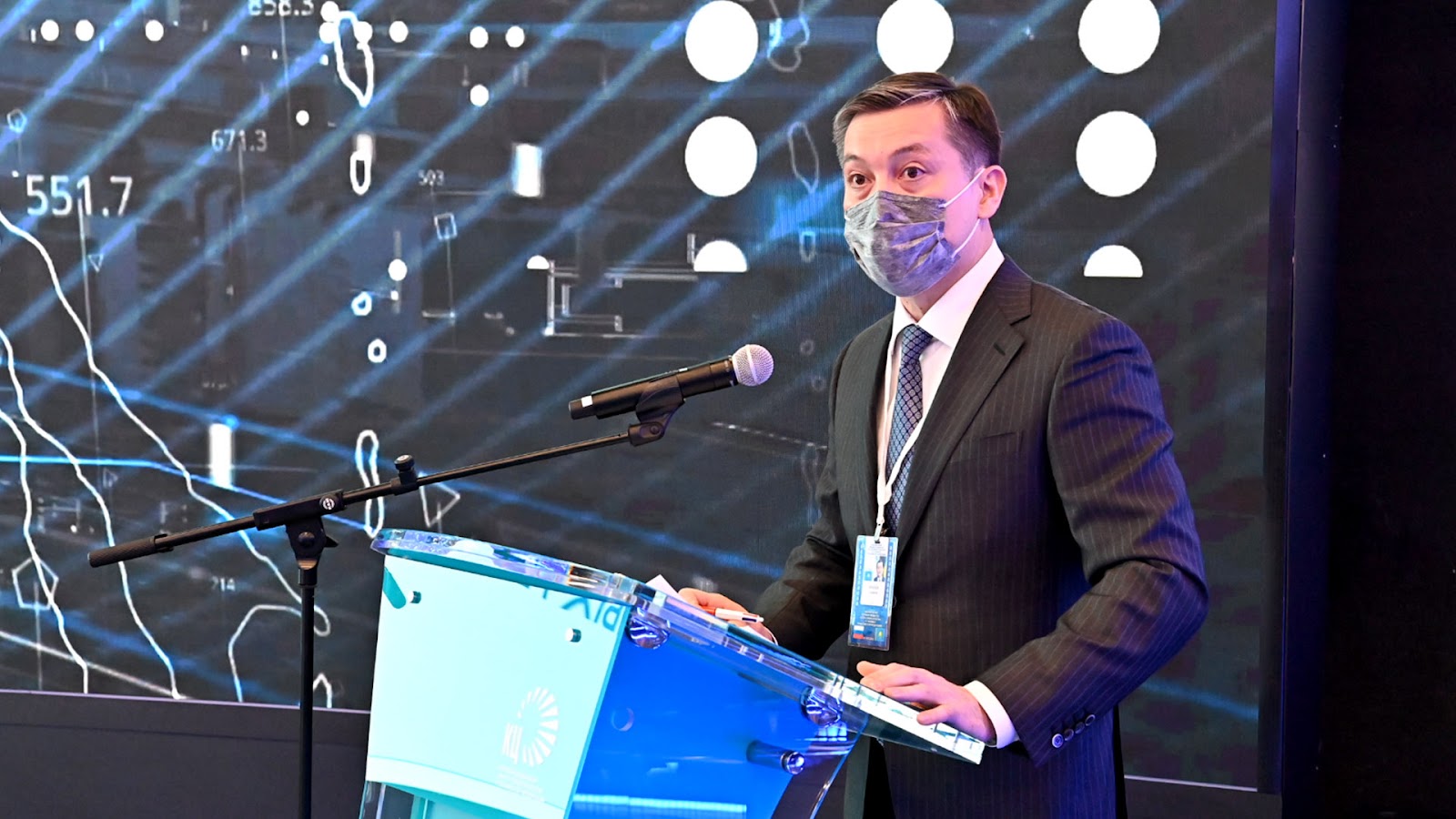 For 11 months of this year, 733.2 thousand TEUs were transported through Kazakhstan and Russia in the directions of Central Asia, Europe, the Far East, which is 30.7% more than the same period in 2020. The volume of transit container traffic in the direction of China-Europe-China amounted to 602.2 thousand TEU (+ 31%).

The cooperation between the two countries in the field of environmental protection and rational use of natural resources was considered. The reports of the Minister of Ecology, Geology and Natural Resources of the Republic of Kazakhstan Serikkali Brekeshev and the Minister of Natural Resources and Ecology of the Russian Federation Alexander Kozlov were heard. Particular attention is paid to the issues of synchronization of work within the framework of programs for the conservation of ecosystems of the basins of the transboundary rivers Zhaiyk (Ural) and Ertis (Irtysh).

The Roadmap for the development of automobile checkpoints across the Kazakh-Russian state border for the period 2021-2025 was adopted.

At a meeting with Director General of the Russian Direct Investment Fund Kirill Dmitriev, the state and prospects of investment cooperation and the implementation of joint projects in the manufacturing industry (pharmaceuticals, mechanical engineering, metalworking, chemical industry, etc.), as well as the expansion of trade in a bilateral format and within the EAEU, were considered.

Cooperation projects in the space industry were discussed at a meeting with Dmitry Rogozin, Director General of the Roscosmos State Corporation.