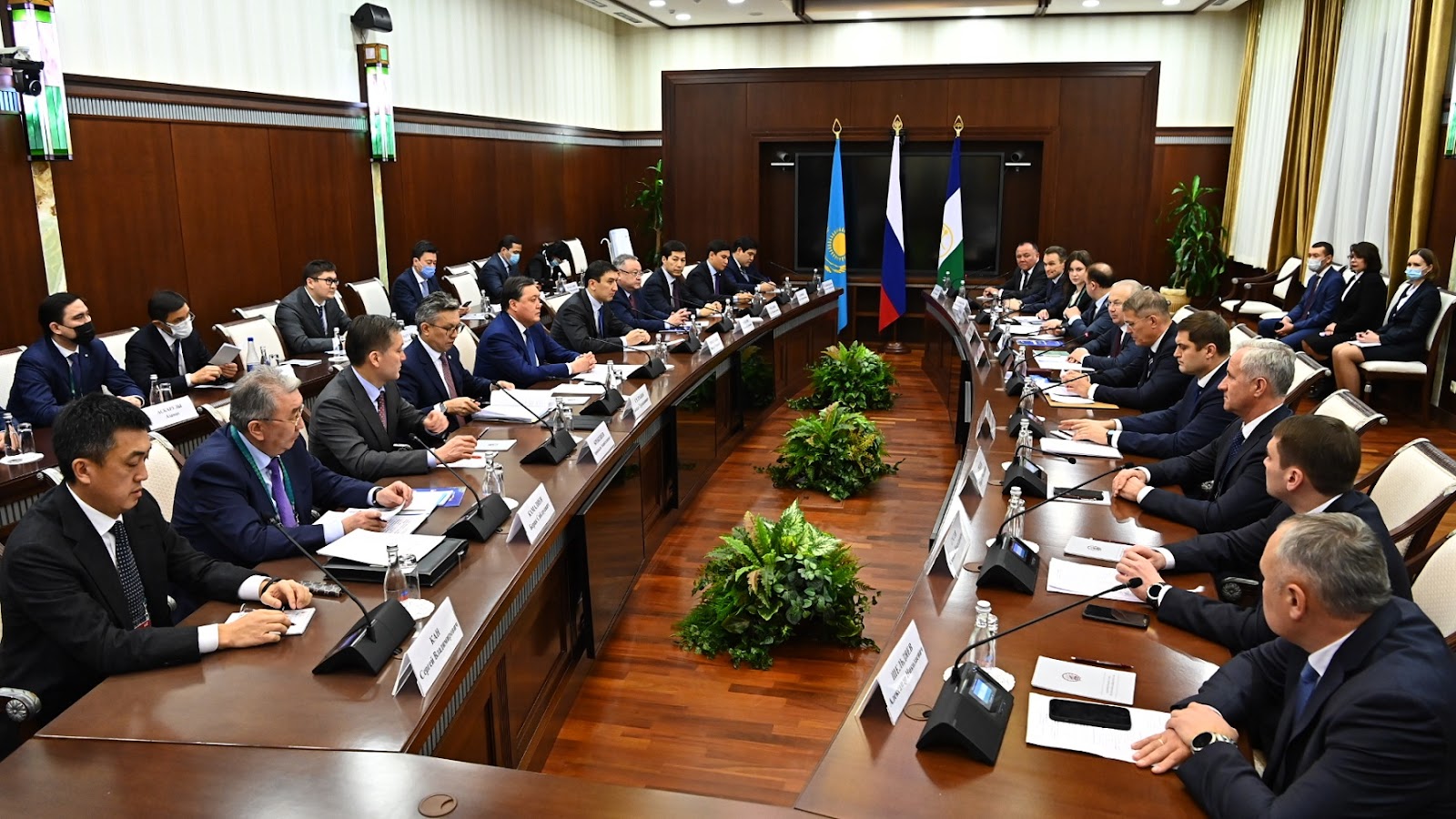 Today in Ufa Prime Minister of the Republic of Kazakhstan Askar Mamin met with the President of Bashkortostan Radiy Khabirov and took part in the Kazakh-Bashkir business forum.

The parties discussed the state and prospects of interaction in the context of further deepening the Kazakh-Russian strategic partnership. 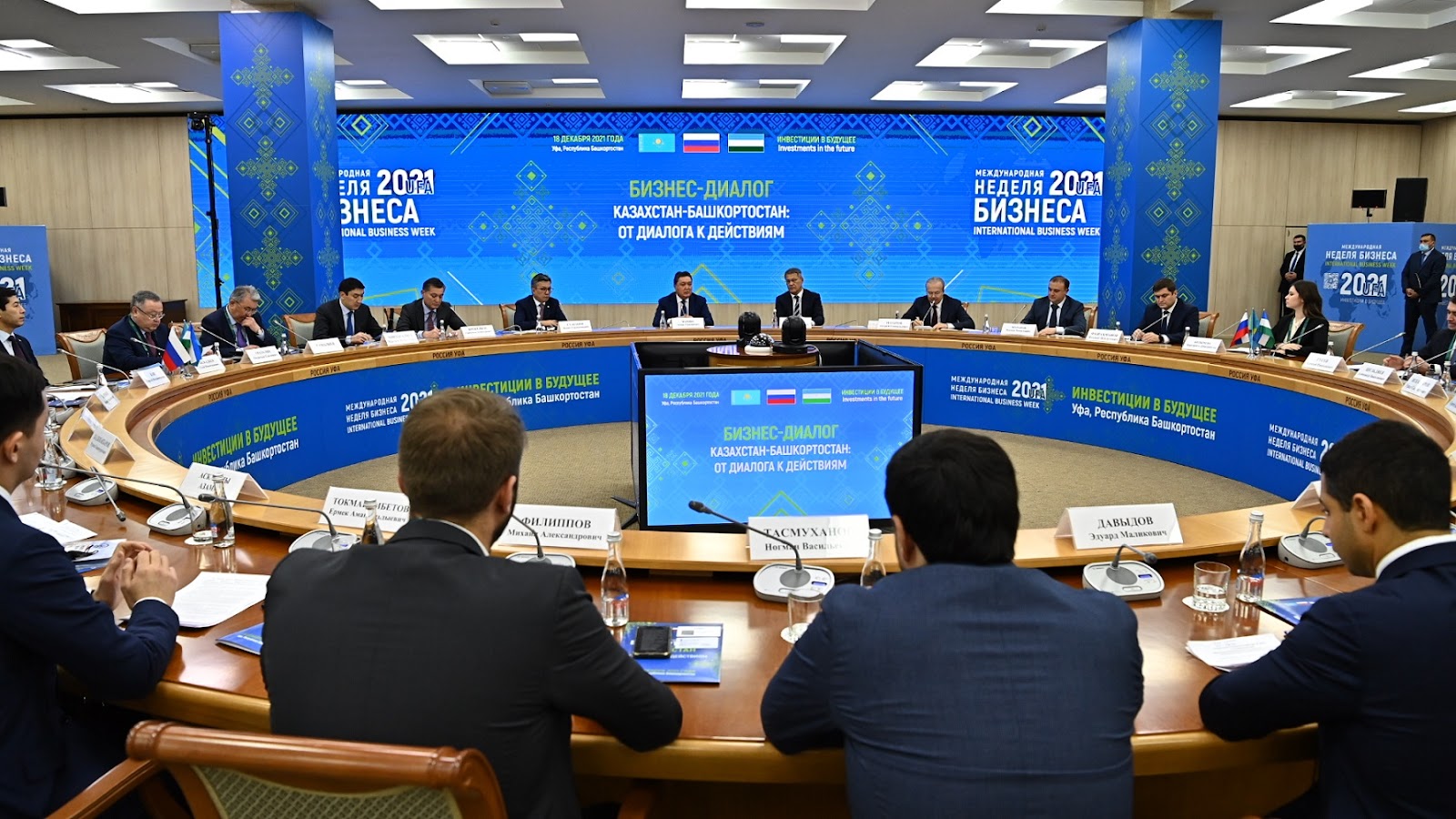 The Head of Kazakh Government noted the presence of significant potential for increasing cooperation between Kazakhstan and Bashkortostan in trade and economic, investment, transport and logistics, energy, agro-industrial complex, industrial cooperation and other sectors. 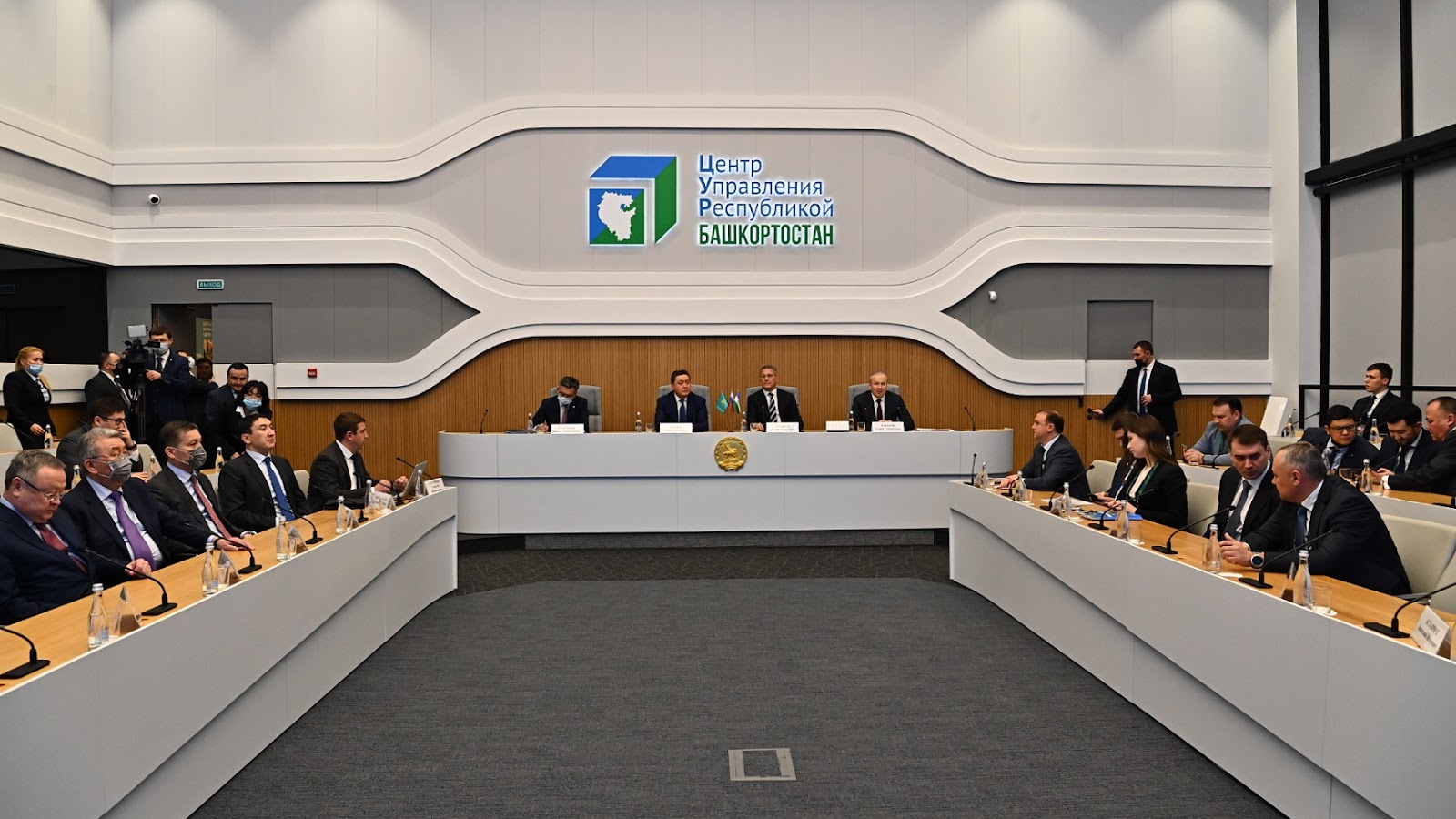 For January-October of this year the volume of trade between Kazakhstan and Bashkortostan increased by 32.1% compared to the same period last year and amounted to $305 million. This figure is 10.3% higher than the pre-pandemic level. In the coming years, the parties intend to increase the trade turnover to $1 billion.

Mamin and Khabirov took part in the business forum "Kazakhstan - Bashkortostan" as part of the International Business Week - 2021 held in Ufa. The forum brought together about 100 people — heads of state bodies, regions, as well as representatives of business circles of the two republics.

“The Republic of Bashkortostan occupies a special place in the strategic partnership between Kazakhstan and Russia. The roadmap for the development of bilateral cooperation between Kazakhstan and Bashkortostan for 2022-2024, approved following the visit of Radiy Khabirov to Kazakhstan at the end of September 2021, is becoming a reliable mechanism for building up trade, economic and investment cooperation, as well as a signal for business circles about the long-term and depth of the opportunities being formed in a number of promising industries,” Mamin said in his speech at the forum.

Within the framework of the Forum, 8 investment and commercial contracts were signed in the fields of the chemical and textile industries, mechanical engineering, the agro-industrial complex, as well as consulting services in the oil and gas industry.

The most significant document was the signed agreement on the establishment of a joint venture between JSC Caustic and JSC Bashkir Soda Company. The joint venture will implement projects with a total volume of up to $1 billion in Kazakhstan and Russia. The production of caustic soda, sodium hypochlorite, chlorine, hydrochloric acid, titanium dioxide and other chemical products will be provided. Moreover, the only production of zirconium oxychloride in the CIS will be established.

During his visit to Ufa, the Head of Government laid flowers at the monument to Salavat Yulaev, got acquainted with the experience of project management and social monitoring in Bashkortostan, and also talked with Kazakhstani students studying at universities in the Republic of Bashkortostan via teleconference.