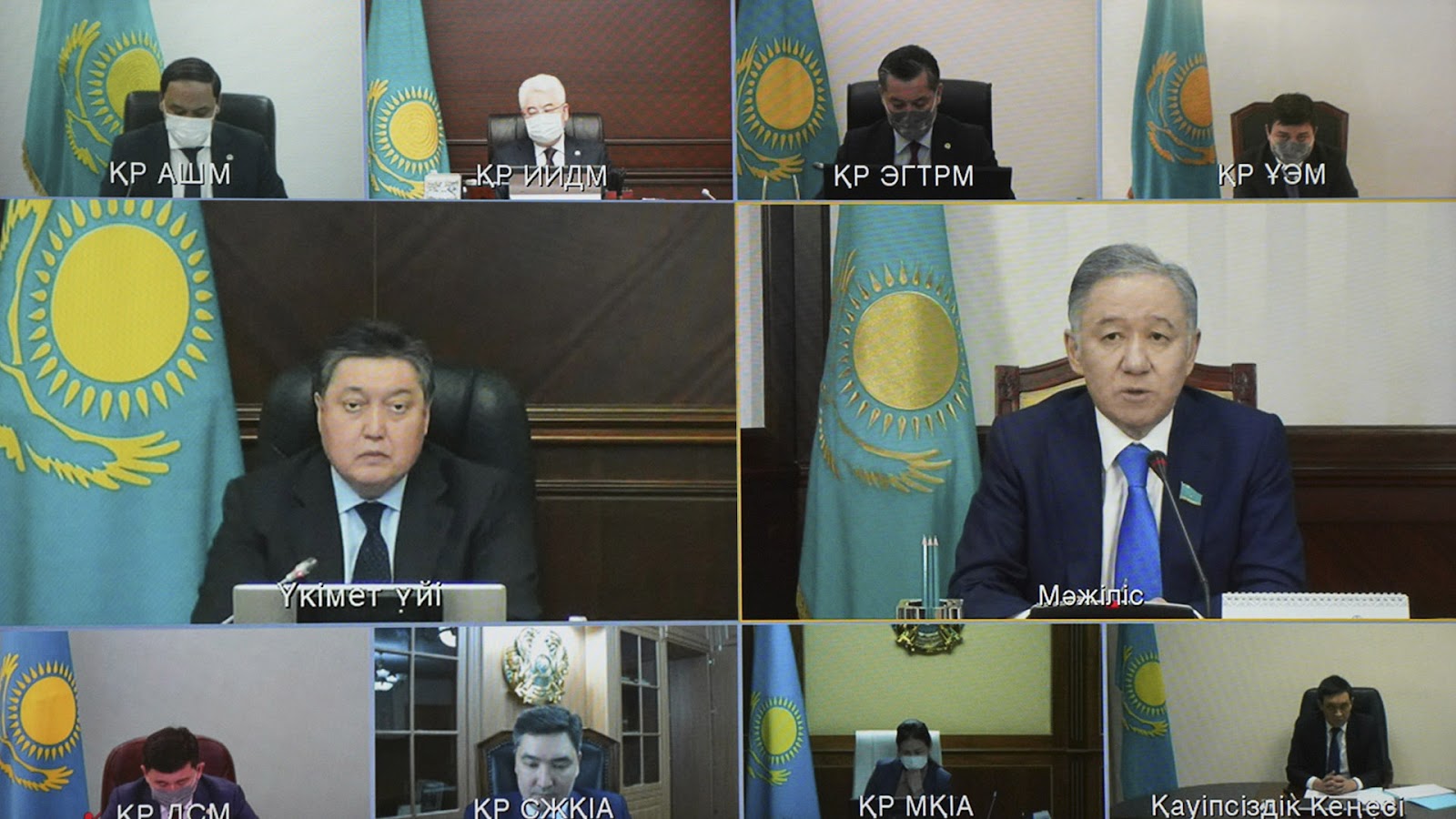 Prime Minister Askar Mamin chaired a meeting of the National Commission for Modernization with the participation of the Chair of the Majilis of the Parliament of Kazakhstan Nurlan Nigmatulin.

The results of work for 2021 on the implementation of the Plan of the Nation "100 Concrete Steps to Implement Five Institutional Reforms of the First President of the Republic of Kazakhstan - Elbasy Nursultan Nazarbayev" were summed up.

To date, out of 100 steps of the Plan of the Nation, 76 steps have been implemented: in the direction of Forming a Professional State Apparatus — 13 out of 15 steps, on Ensuring the Rule of Law — all 19 steps, on Industrialization and Economic Growth — 31 out of 50 steps, on Identity and Unity — 3 of 6 steps, on Forming an Accountable State — all 10 steps.

“The Head of State Kassym-Jomart Kemelevich Tokayev pays special attention to the full and high-quality implementation of the reforms of the First President of the Republic of Kazakhstan - Elbasy Nursultan Abishevich Nazarbayev within the framework of the Plan of the Nation and the Five Institutional Reforms. This year significant work has been carried out and good results have been achieved,” Mamin said.

The Prime Minister instructed to continue active work on the implementation of the Plan of the Nation. Particular attention is paid to the points on improving the health care and education systems, increasing the volume of attracting investments, primarily in new large projects in priority sectors of the economy.

The meeting approved the Work Plan of the National Commission for 2022, which provides for the implementation of the steps of the Nation Plan in the fields of geology and subsoil use, medicine and pharmaceuticals, energy, digitalization, etc.