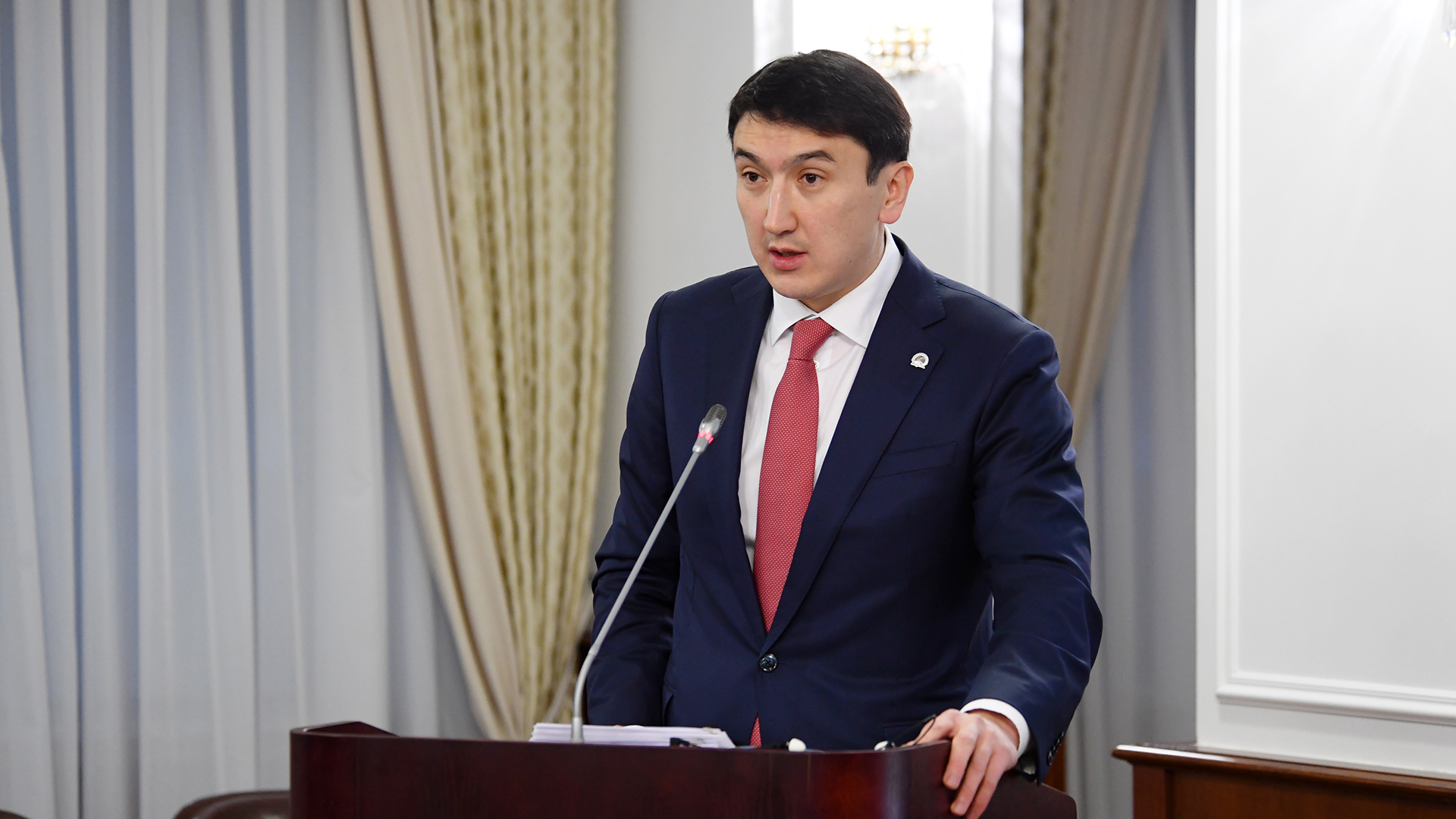 At the government session chaired by Prime Minister Askar Mamin, the Minister of Ecology, Geology and Natural Resources Magzum Mirzagaliyev introduced a draft new edition of the Environmental Code of the Republic of Kazakhstan.

According to the Ministry of Ecology, Geology and Natural Resources of the Republic of Kazakhstan, the actual emissions of pollutants into the atmosphere at the end of 2018 amounted to 2.5 million tons, and the annual increase was 100 thousand tons.

“If you do not take appropriate measures, then according to the 2030 forecast, emissions of pollutants will amount to 3.6 million tons. In order to take the necessary measures to reduce greenhouse gas emissions, the ministry, with the support of the German side, began to develop the 2050 Low-Carbon Development Strategy,” Mirzagaliyev said.

Since 2019, the burial of plastic, waste paper, cardboard and waste paper, glass is prohibited. However, the launched mechanism is not being implemented to a sufficient degree, since the regions lack the appropriate infrastructure.

Also, according to the minister, today in the country there are problems with the quality of atmospheric air, surface water pollution, deterioration or lack of sewage treatment facilities, absence or poor condition of solid waste landfills. In addition, there are local environmental problems that are pending.

In accordance with the instructions of Elbasy and the President of Kazakhstan, the Ministry of Ecology, Geology and Natural Resources drafted the Environmental Code and the accompanying law to it. The draft Environmental Code is a fundamentally new document developed taking into account the OECD experience in environmental regulation.

At the same time, during the development of the Code, a large-scale discussion was held with the public and the business community. During this discussion, more than 2 thousand proposals were received from the public. Many of them are included in the Code.

The first principle — The Polluter Pays and Corrects.

The principle implies pollution prevention and control measures, but also considers recovering from environmental damage. Thus, the state should create such conditions under which it is more profitable for nature users to take measures to prevent negative environmental impacts than to pay environmental fines. In a word, the prevention mechanism takes place. In addition, the polluter that caused harm to the environment is obliged to restore the environment to its original level.

Under the current Environmental Code, the requirement to undergo an environmental impact assessment procedure — EIA — applies to almost all, that is, 19 thousand enterprises. This approach is ineffective and impractical. Therefore, the new Environmental Code proposes such a requirement to apply only to 2.6 thousand enterprises of the first category, which account for 80% of emissions. At the same time, the public is involved in all stages of the EIA.

The fourth principle — the Allocation of Emissions Fees to Environmental Activities.

The fifth principle — the Creation of an Automated Emissions Monitoring System.

In the draft Environmental Code for category I facilities, in order to obtain timely and reliable information on the qualitative and quantitative composition of emissions and discharges, mandatory automation of industrial environmental monitoring with data transfer to the authorized body is provided.

The draft accompanying law proposes to amend the Entrepreneurial Code, in terms of conducting checks on facts that directly affect the living conditions of the population. These changes are aimed at prompt response to the facts of negative impact on the environment. The responsibility for environmental offenses is increased by increasing administrative fines by 10 times.

The seventh principle — Improving Management of Production and Consumption Waste.

The draft new Environmental Code focuses on introducing the principles of the circular economy used in OECD countries. Within the framework of this project, a hierarchy of waste is provided, which is aimed at the phased management of waste, that is, a sequence of measures aimed at preventing the formation, reuse, recycling, disposal of waste. In order to reduce the number of unauthorized landfills, licensing of the activities of enterprises involved in the processing and disposal of waste, and a notification procedure for waste collection organizations will be introduced.

“The big problem in our country is the low level of solid waste processing: only 14% is processed. The industry is not attractive for investors due to low tariffs. It is proposed to introduce the ‘Waste to Energy’ mechanism, which provides for the sale of electricity generated by waste incineration. At the same time, strict quality requirements for emissions are set, similar to European directives. This mechanism will allow reducing waste volumes up to 30% by 2025 and attracting private investments,” Mirzagaliev said.