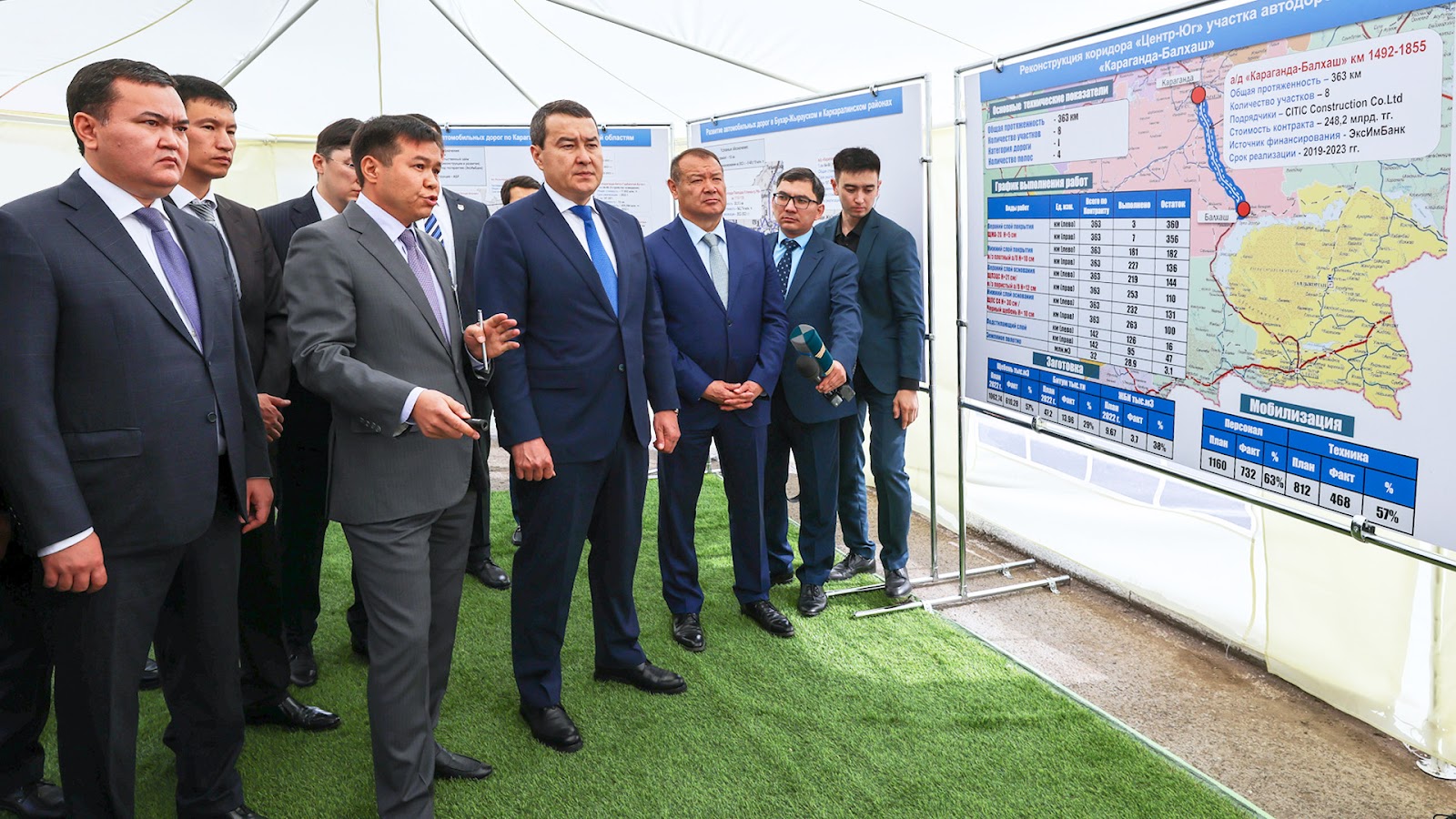 On Friday, July 8, the Prime Minister of Kazakhstan Alikhan Smailov arrived on a working trip to the Karaganda region. In the region, the Head of the Government will visit a number of industrial, infrastructure and social facilities, get acquainted with the implementation of new projects in the cities of Temirtau and Saran, and also attend a meeting on the integrated socio-economic development of the Karaganda region.

In the region, Alikhan Smailov first of all got acquainted with the progress of the reconstruction of the Karaganda - Balkhash - Saryshagan highway (section 1492.4-2005 km), which is part of the Center-South international transit corridor connecting the cities of Nur-Sultan and Almaty. 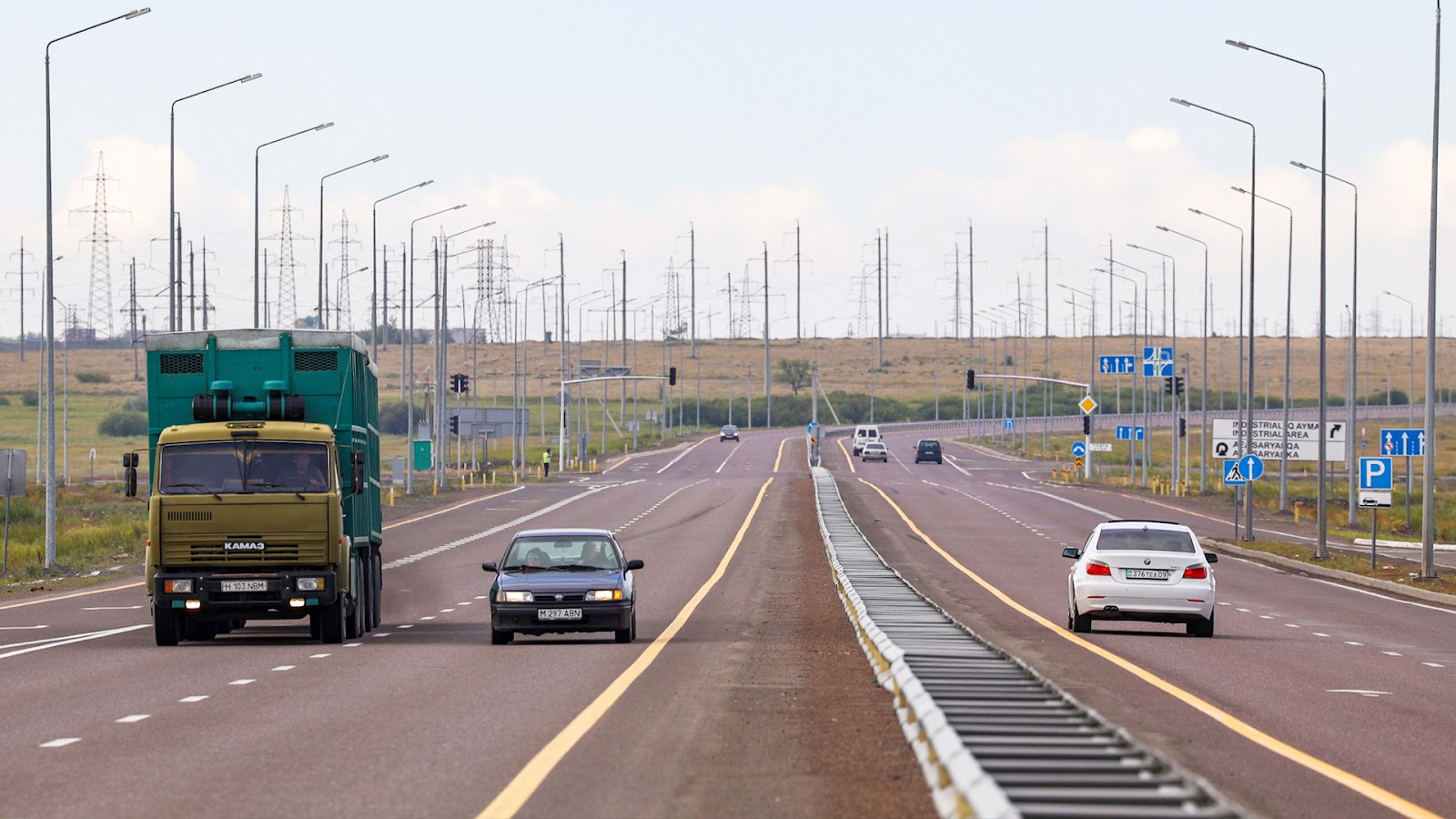 According to the Chair of KazAvtoZhol National Company JSC Meirkhat Kasymbayev, the project is expected to be fully completed in December 2023.

In the current year, according to him, work continues on the construction of the structural layers of the roadway, the installation of artificial structures and the procurement of road building materials. So, for example, full-scale road construction work is being carried out on the highways of republican significance: Karaganda - Balkhash and "Balkhash - Burylbaital, etc. Here, work was resumed at all 8 sections.

In addition, special attention is paid to reducing the number of bypass roads and sections where traffic is carried out on an embankment. After the reconstruction is completed, these routes will correspond to the 1st technical category with four lanes.

“The project will ensure safe and comfortable travel, significantly reducing travel time. The renovated road will become a driver in the development of the tourist cluster of Lake Balkhash and stimulate the creation of new jobs,” Alikhan Smailov emphasized.

Further, Akim of the Karaganda region Zhenis Kassymbek informed the members of the government delegation about the development of the road transport infrastructure of the region as a whole, which should result in an increase in its transport potential and the transfer of a number of roads to the highest technical category.

After reviewing the report, the Head of Government gave a number of instructions to the leadership of the region.