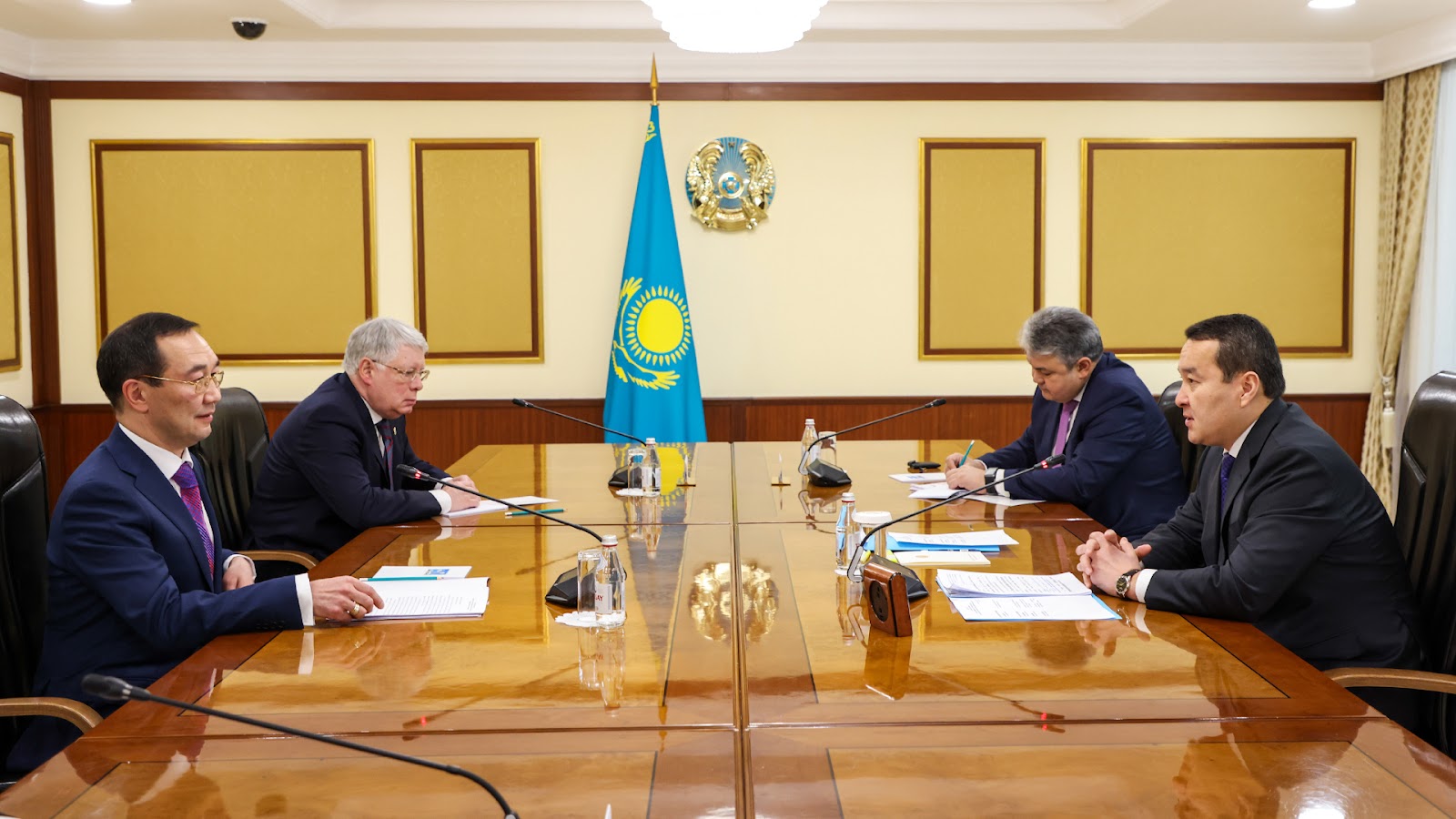 The Prime Minister of Kazakhstan Alikhan Smailov and the Head of the Republic of Sakha (Yakutia) Aysen Nikolayev discussed the strengthening of trade and economic cooperation, investment attraction and interaction in the cultural and humanitarian sphere.

Alikhan Smailov noted that one of the priority tasks within the framework of further development of cooperation between Kazakhstan and Russia is to increase the volume of mutual trade.

Thus, in the first 11 months of 2022 the trade turnover between the countries amounted to $ 24 billion, which is 7% higher than during the same period of the previous year. According to the Prime Minister, at this rate it is realistic to reach $30 billion in the coming years.

At the same time, he pointed out the high potential to increase mutual supplies with Yakutia. Between January and November 2022 the trade turnover stood at nearly $80 million, ten times higher than in the previous year.

The Prime Minister also added that interaction in the cultural and humanitarian sphere, particularly in cinematography, is an important part of the bilateral relations.

"It is possible to create a joint historical project on the origins and formation of Turkic peoples. The implementation of such an image-making project would draw public attention to various issues of development of culture, language and preservation of the heritage of nomadic peoples of Eurasia," he said.

In turn, Aysen Nikolayev outlined high prospects for cooperation in the field of digital technologies, as well as for the implementation of new investment projects in various sectors of the economy.