Alikhan Smailov on implementation of President's Address: We must reset almost all basic spheres of State and society 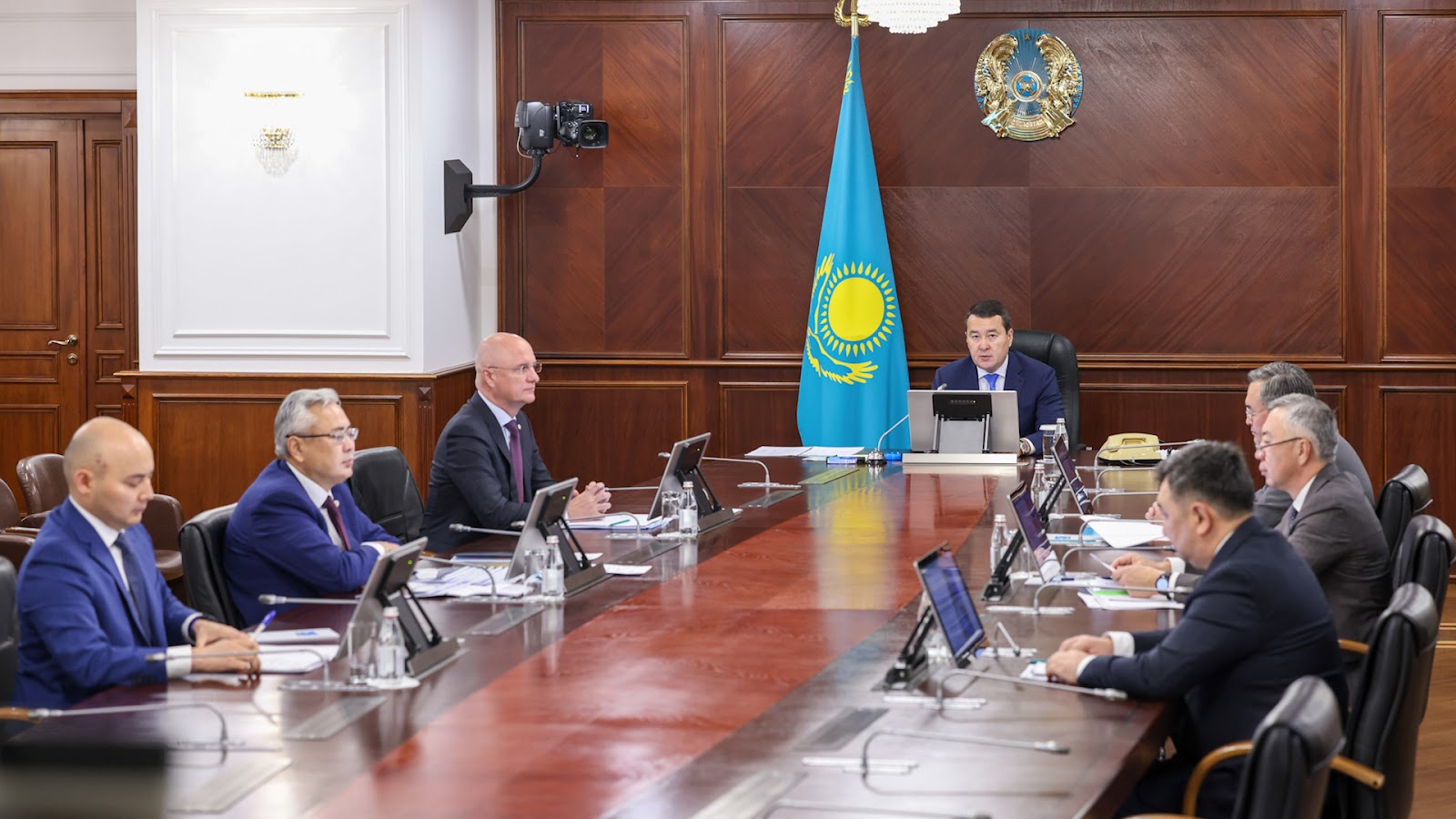 During the session opening, the Prime Minister underlined that the Head of State outlined a complex of systemic and sectoral measures aimed at ensuring quality economic development and improving the well-being of the population in the current realities in his Address.

"This ambitious document covers all the major issues that concern our citizens today. Solving the tasks set out in the Address will be a factor in enhancing the sustainability and competitiveness of the economy," the Head of Government noted.

The Minister of National Economy, Alibek Kuantyrov, reported on the main measures on the implementation of reforms in the economy and public administration, Vice Minister of Finance Yerzhan Birzhanov delivered a speech on the budget and tax policy and public procurement, Minister of Industry and Infrastructural Development Kairbek Uskenbayev spoke on transportation, industry and construction, Minister of Agriculture Yerbol Karashukeyev spoke on the development of agroindustrial complex.

Having heard the speakers, the Prime Minister noted that the Government had to reset almost all the main spheres of the State and society on the instructions of the President.

"In terms of its content, the Address to the Nation is the most important step on the way of a large-scale process of building a New and Fair Kazakhstan. In the current circumstances it is required of all of us to take concrete and coordinated actions," Alikhan Smailov said.

The Prime Minister said that the Government has set the tasks to improve the stability and competitiveness of the economy, quality and inclusive growth of the welfare of citizens, providing equal opportunities for everyone, preserving public safety and internal stability.

In this regard, the Head of Government instructed the Ministry of National Economy to take into account the directions on social and economic development of the country voiced by the President in the draft economic policy for the medium term.

Alikhan Smailov also stressed that the new Tax Code should become a key tool for implementing the social and economic policy of the State, allowing for a timely response to the challenges of the current realities.

"Further improvement of fiscal policy should be aimed at stimulating business activity, increasing investment attractiveness, expanding the tax base and strengthening the revenue side of the budget with the establishment of clear, precise and transparent procedures of tax administration," the Prime Minister said.

According to the Head of Government, the development of the new Tax Code should be carried out jointly with the Atameken National Chamber of Entrepreneurs and involvement of a wide range of experts, representatives of the business community.

Alikhan Smailov reminded that the Government is working to reform budget planning on the instructions of the President.

"The Head of State has set specific tasks to simplify budgetary processes, to fix the limit norms in planning, to introduce a risk management system, to increase financial independence of the regions. These measures will qualitatively improve the effectiveness of the budget policy and the efficiency of public spending," the Prime Minister said.

In this regard, the Ministries of National Economy and Finance have been instructed to rapidly develop issues of legislative consolidation of these instructions with the development of the draft of the new Budget Code.

The Head of Government stressed that one of the main tasks, which were announced in the Address, was the administrative reform of public administration. As part of this work, structural changes must be aimed at ensuring the interests of citizens and achieving positive developments in the economy.

"The model of public administration should continue to develop on the principles of hearing, effective, accountable, professional and pragmatic state and serve as a guide in the implementation of social and economic reforms," Alikhan Smailov said.

The Ministry of the National Economy together with the state agencies has been assigned to prepare a new package of proposals on further division of powers between the Government, ministries and regional Akimats in order to implement this task.

According to Prime Minister, this reform will allow the Government to focus more on solving intersectoral issues. In addition, the autonomy and responsibility of the heads of government agencies will increase.

Also Alikhan Smailov emphasized the great influence of the construction industry on the development of the national economy.

"The provision of housing is one of the most sensitive issues for the population. At the same time, facts of low-quality construction, non-transparent procedures for selecting developers, dense building of megacities cause fair criticism of the public," the Prime Minister said.

The Ministry of Industry together with interested government agencies have been instructed to form a working group to develop the draft of the Urban Development Code, involving industry experts, architects, academia and to hold a broad discussion of the initiatives under development in order to improve the situation in this area.

Moving on to the social block, Alikhan Smailov stressed that improving the health of the nation is a priority for the Government.

"The Head of State instructed to review approaches to financing of healthcare and social sphere as a whole. We need to take comprehensive measures to improve the medical infrastructure, including through the mechanisms of Public Private Partnership," the Prime Minister said.

Prime Minister instructed the Ministry of Healthcare together with the Ministry of Finance and other interested government agencies to develop a plan for further improvement of the healthcare industry.

Alikhan Smailov also said that the Ministry of Labour together with the Ministries of Finance and National Economy should work out the issues to increase the minimum wage.

"It is necessary to continue work on adjusting the social security system, increasing payments for child care, loss of employment, the introduction of the Digital Family Card and the Social Wallet," the Prime Minister instructed.

In addition, according to the Head of Government, all the necessary measures should be taken to radically reform the policy of resettlement of Kandas and regulation of internal migration.

In order to increase the size of the total pension, reduce the retirement age for women to 61 years, to ensure the investment attractiveness of the UAPF it was instructed to make appropriate changes to the pension legislation.

Alikhan Smailov concluded the session by ordering the Ministry of National Economy to submit a draft national plan on implementation of the President's Address to the next Government session.

"Colleagues, we have to mobilize ourselves as much as possible in order to justify the trust of the society. We are responsible for the efficiency of the implementation of reforms set out by the Head of State. In this regard, it is necessary to proceed with special responsibility to implement the instructions of the President promptly," the Prime Minister concluded.