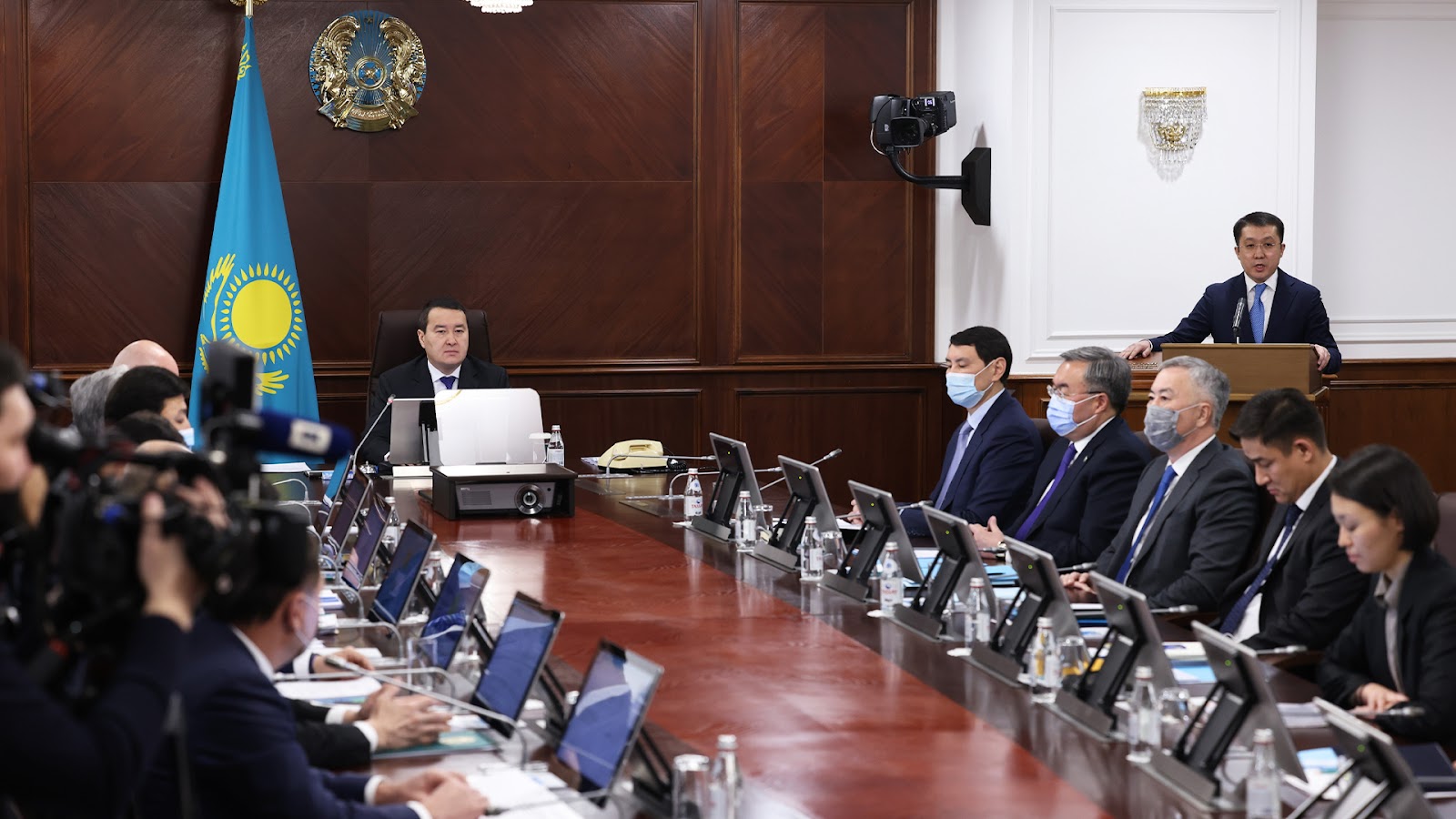 The results of social and economic development of Kazakhstan for the year 2022 were considered at the Government session chaired by the Prime Minister of Kazakhstan Alikhan Smailov.

Minister of National Economy Alibek Kuantyrov said that despite external negative factors, the country's economy in 2022 achieved a steady growth of 3.1%. Positive dynamic in real sector amounted to 3.2%, while in services sector it was 2.5%.

In his report, Minister of Industry and Infrastructural Development Marat Karabayev said that by the end of 2022 about 160 investment projects worth 2 trillion tenge were commissioned, which will increase the production volumes in various sectors of the manufacturing industry and the export potential of Kazakhstan as a whole.

In addition, the volume of transit container transportation increased by 6%, amounting to 1 million 129 thousand twenty-foot equivalent containers. A total of 15.4 million sq. metres of housing has been commissioned (plan was 15.1 million).

Minister of Agriculture Yerbol Karashukeyev reported that the gross output of agriculture increased by 9.1% to 9.3 trillion tg. In particular, production in crop production grew by 15%, in livestock production by 0.9%.

Having heard the speakers, the Prime Minister stressed that last year the economy maintained a moderate pace of development.

"Real growth in the economy last year was 3.1%. The main factor of its sustainability was positive dynamics in the real sector, including manufacturing, construction and agriculture," Alikhan Smailov said.

Attracting domestic and foreign investment also had a significant impact on economic development, he said. In particular, high activity was seen in the non-extractive industries. 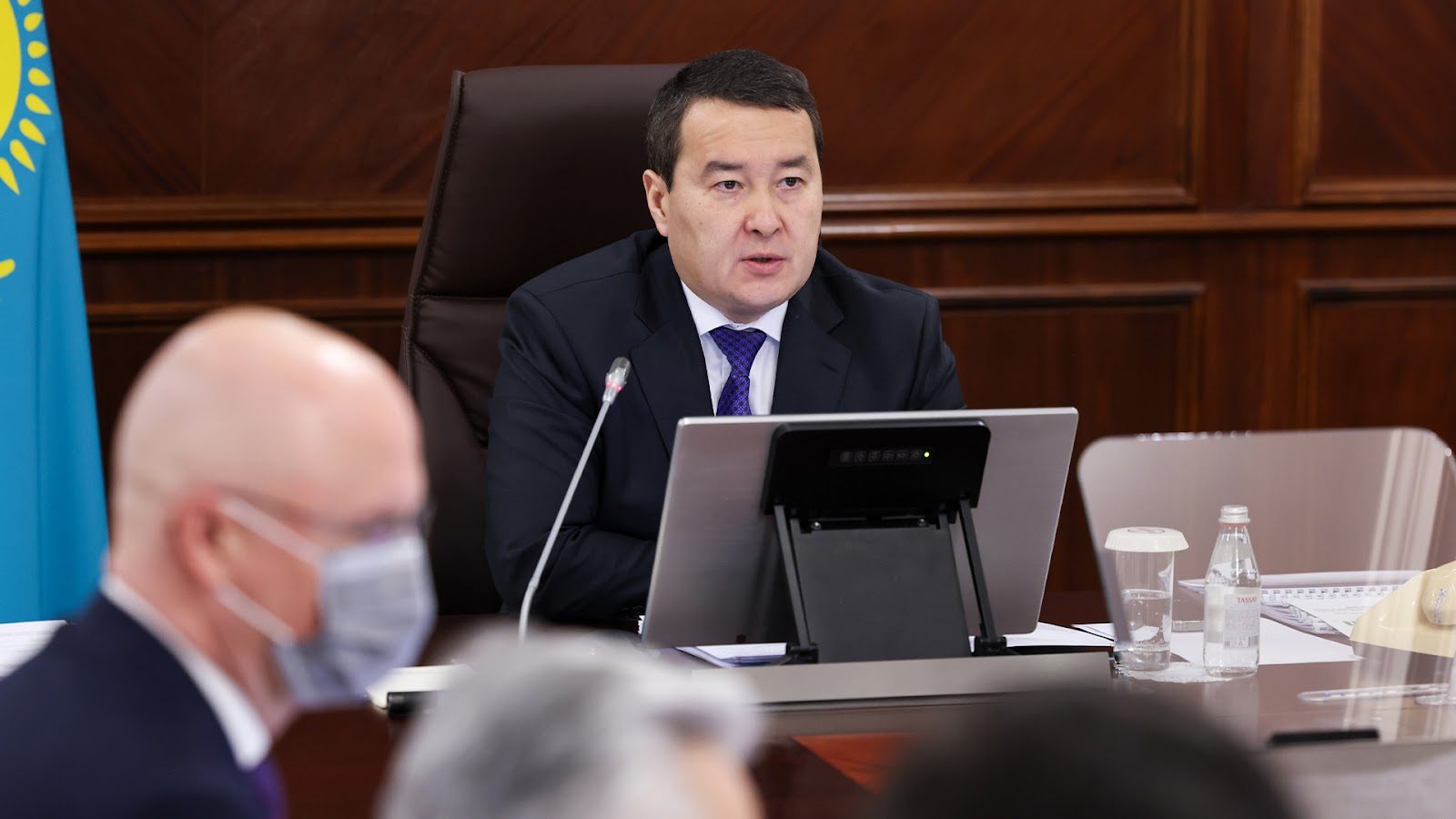 Alikhan Smailov noted that this year all state bodies and akimats should focus on implementation of the pre-election program of the President of the Republic of Kazakhstan.

"All instructions and initiatives of the Head of State are based on the requests of society and current challenges. The contribution of each ministry and region is important for the implementation of these tasks," he stressed.

Thus, according to him, achieving at least 4% economic growth requires coordinated work of all departments. In this regard, it is necessary to intensify steps to saturate the domestic market with domestic goods, create permanent jobs and diversify the economy as a whole.

"Ensuring sustainable economic growth will be a factor in further improving the well-being and quality of life of citizens," Alikhan Smailov said.

In addition, the Prime Minister noted the importance of strengthening measures to attract and accompany investment. In particular, this applies to working out individual conditions for investors and setting counter commitments.

"We need to get the greatest economic effect from each project," he stressed.

Alikhan Smailov also focused on work to curb inflation, the greatest contribution to which continues to be made by rising food prices.

"Our task is to reduce inflation in the current year by half. It should be in the range of 9.5%. It is a very difficult task, which requires concerted and preventive actions from us," the Prime Minister said.

According to the Head of Government, the implementation of new regulatory policy for business is no less important. So, by 2023 it is necessary to ensure the effectiveness of controls through the automation of risk management systems and to increase the number of employees in small and medium-sized businesses up to 3.8 million people.

At the same time, one of the priorities of economic policy will remain the gradual reduction of the state's share in the economy and ensuring equal opportunities for all through comprehensive privatisation and transfer of non-essential functions to a competitive environment.

"We must reduce the state's share in the economy to 14.4% of GDP. This year we need to ensure that 90% of the Comprehensive Privatization Plan is implemented," Alikhan Smailov said. 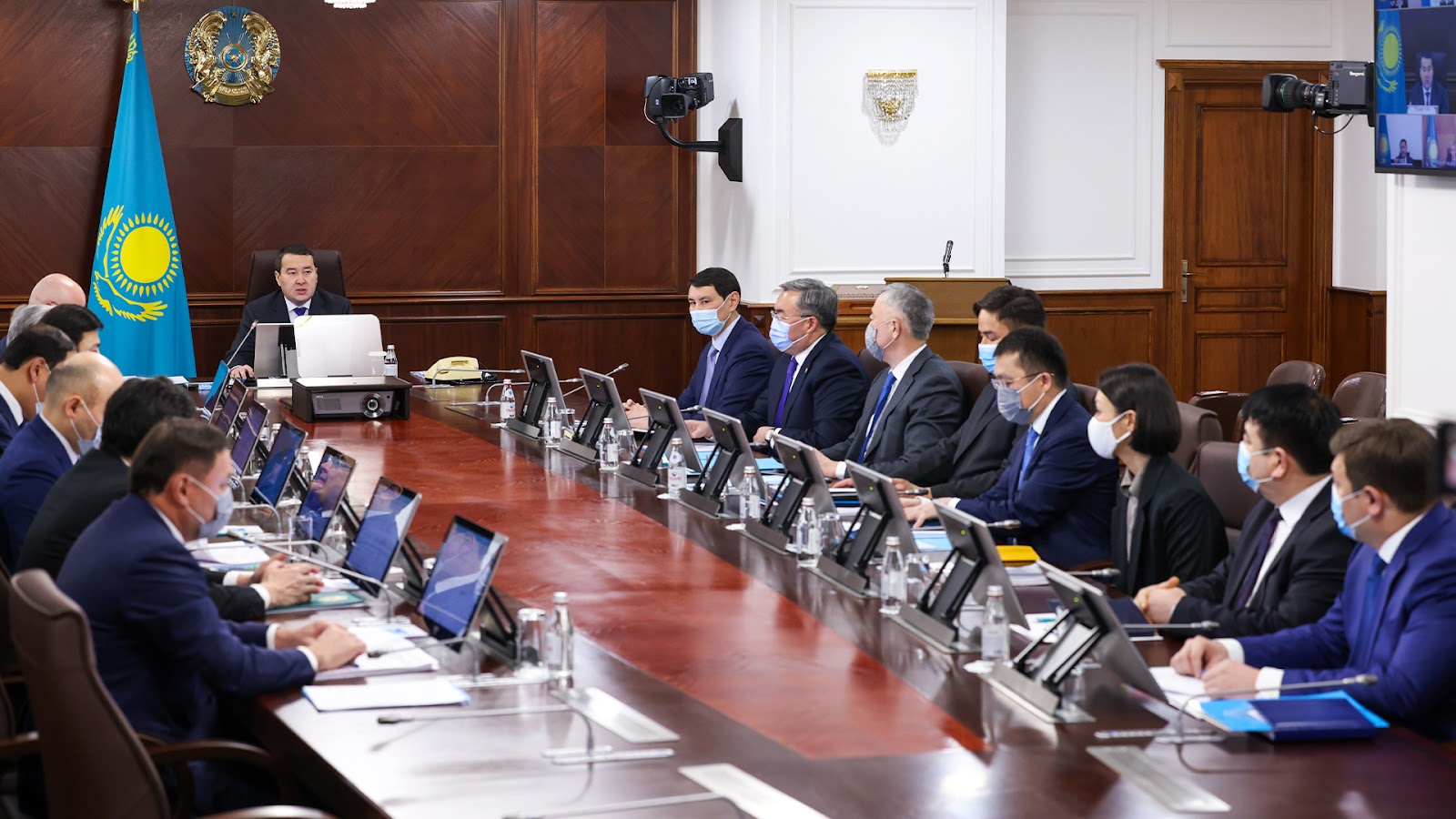 The Prime Minister stressed that a lot of work was also to be done with regard to modernizing the infrastructure of the housing and utilities sector. In particular, it relates to taking effective measures to reduce wear and tear in the electricity, heat and water supply networks as well as qualitative implementation of the programme "Tariff in exchange for investment".

Alikhan Smailov also reminded that this year the Government is facing the task to prepare the new Tax Code which is aimed at simplifying relevant legislation and stimulating the production and investment growth, introduction of innovations as well as increasing employment. Tax administration will have to be based entirely on a risk management system.

Another important issue, according to the Prime Minister, is the development of a new Budget Code.

"We need to strengthen fiscal discipline this year, increase the transparency of the budget system and improve the efficiency of public spending. Within the framework of improvement of approaches to budgeting we need to provide more autonomy to the first heads of central and local executive bodies," Alikhan Smailov said.

At the same time, he noted that measures to enhance digitalization of the economy need to be intensified: to ensure the integration of information systems into a single platform, to move public services into electronic format and to simplify the process of their provision.

In conclusion, the Prime Minister added that Kazakhstan will continue resetting its public administration system. In particular, within the framework of administrative reform the emphasis will be placed on decentralization of powers with increase of personal responsibility of political officials.

"Colleagues, all these tasks need to be solved this year. Ministers and Akims should take special control and ensure achievement of all planned indicators of socio-economic development," Alikhan Smailov concluded.