Askar Mamin: Government will take all measures to improve business environment in Kazakhstan 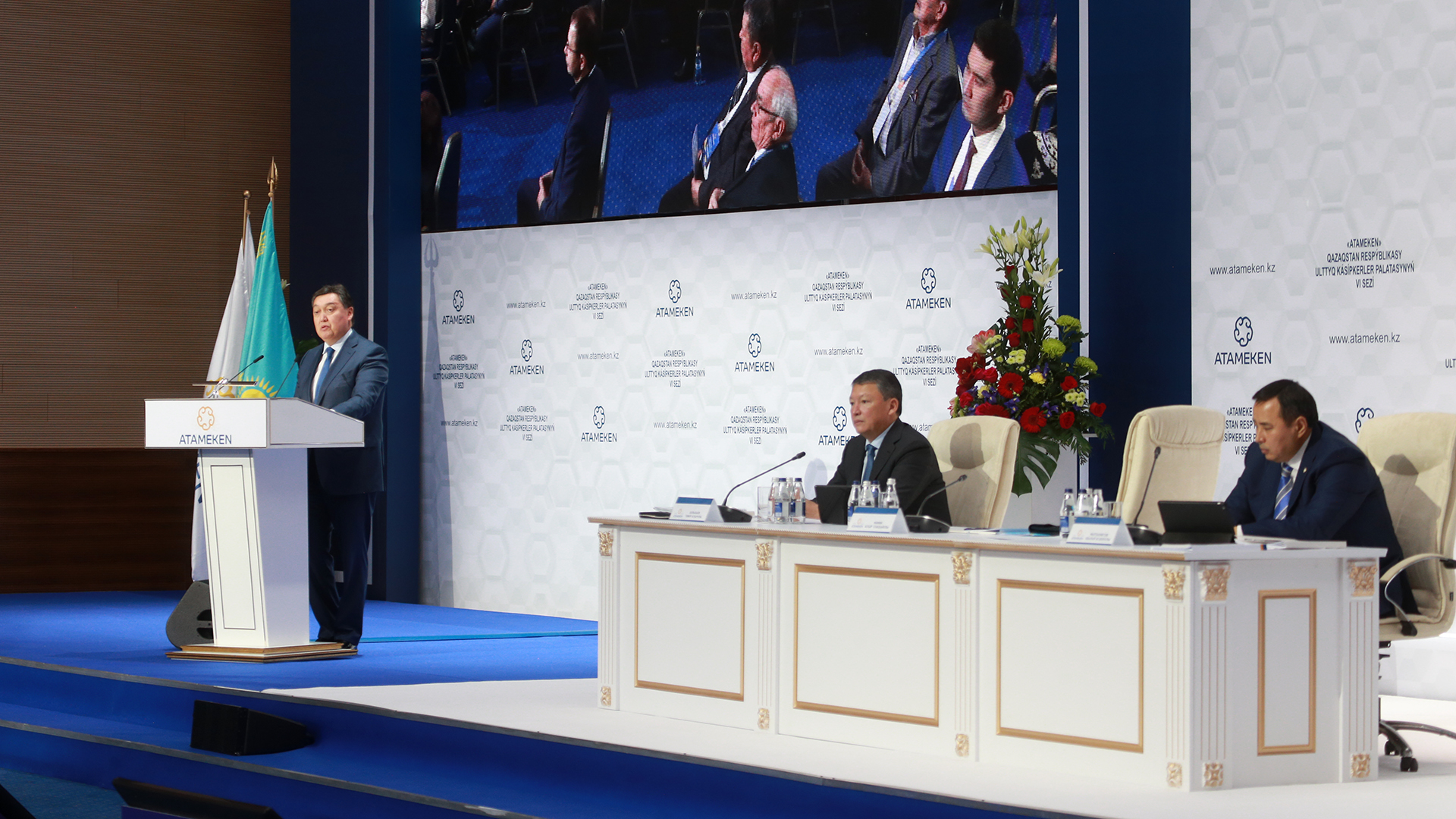 “The government and Atameken are closely cooperating for the effective implementation of the strategic objectives set by Elbasy Nursultan Nazarbayev and President Kassym-Jomart Tokayev to ensure high-quality economic growth and increase the welfare of Kazakhstanis,” said Mamin.

Today, over 30% of the country's active population is employed in small and medium-sized businesses. The share of SMEs in the economy is 28.5%.

“Together with the Atameken, we have been assigned the strategic task of bringing this indicator to 35% in 2025 and to 50% by 2050. For this, a set of systemic and structural measures is being taken," said Mamin.

“We urge domestic business to take an active part in these processes and strive to create attractive conditions for both Kazakh and foreign investors,” said Mamin.

Thanks to the work carried out, the position of Kazakhstan in the World Bank's Doing Business ranking has been increased to 25th place. In order to further improve the business climate, the 8th package of legislative initiatives is being developed. It aims to further simplify the procedures for opening bank accounts, registering enterprises, including as a VAT payer, as well as strengthening the protection of minority shareholders.

The principles of the “presumption of good faith of entrepreneurs” will be laid down by law. All uncertainties and issues unresolved by applicable law will be interpreted in favor of the business entity. A “transitional period" is envisaged in relation to norms imposing additional obligations on business and citizens.

The head of government noted that over the years of the implementation of the Business Road Map 2020 State Program, over 14 thousand projects for a total loan amount of 2.5 trillion tenge were subsidized, the total amount of subsidies paid exceeded 240 billion tenge.

“Given the high efficiency of the state program, the period of its implementation will be extended until 2025,” said Mamin.

As part of the implementation of the 5 social initiatives of Elbasy, about 24 thousand microloans were issued. As a result, more than 22 thousand people were provided with work. Under the Bastau-Business project, over 88 thousand people have been trained in the basics of doing business in 3 years. Short-term vocational training will additionally cover about 300 thousand people.

The prime minister emphasized that the development of local content is under special control, measures are being taken to protect the domestic market from unsafe and poor-quality products, the functionality of the Project Office of the Economy of Simple Things has been expanded, and 10 priority commodity groups for import substitution have been identified.

“This will ensure a reduction in imports by about $5 billion, reduce import inflation and interest rates on loans. The government will provide the entire package of necessary support measures for such projects,” Mamin said.

The development of entrepreneurship is largely regional in nature. In this regard, the Government jointly with Atameken conducted a country screening to determine growth points in the regions. To date, about 1.8 million respondent data have already been uploaded to the system. The survey is conducted in 6 thousand settlements across the country. As a result, state support measures will be developed "at the level of districts and rural districts."

The head of government called increasing export of non-primary goods with higher added value as the most important task. For these purposes, 500 billion tenge was allocated for the next 3 years. Seven product groups for export diversification were identified.

“The government will do everything possible to create one of the most favorable conditions for doing business in Kazakhstan. We will continue to work to further improve the business environment,” said Mamin.