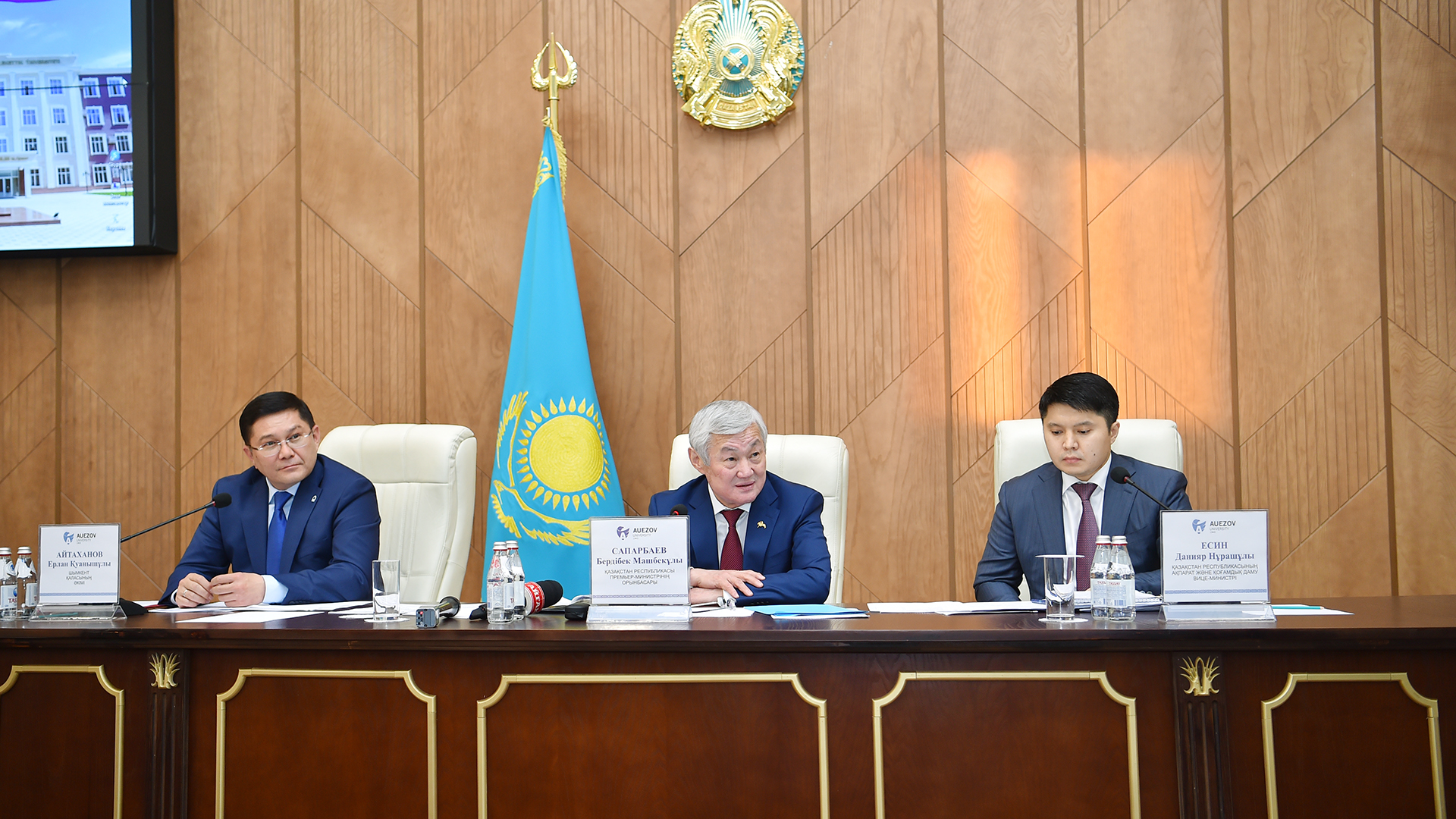 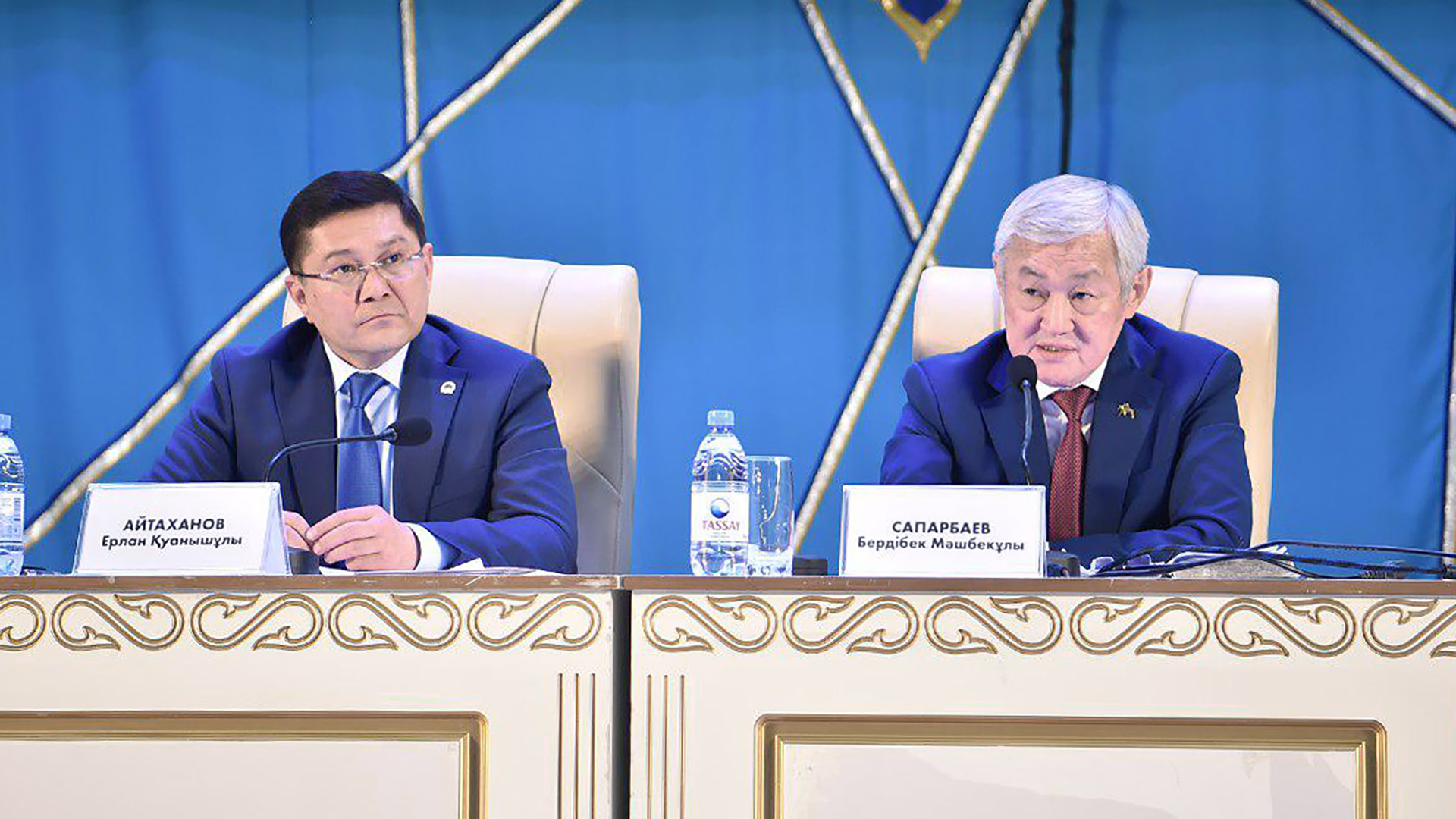 The deputy prime minister told the Shymkent people about the implementation of the priority tasks outlined by the President in the Address to the people of Kazakhstan. Berdibek Saparbayev in his speech touched on all areas: education, health, social support, etc.

He stressed that the country's leadership pays special attention to the fulfillment of social obligations of the state and the development of the social sphere. About 45% of the republican budget is directed to the social sphere. However, support should not give rise to dependency. State aid should be provided only to needy citizens. In this regard, the government is planning to introduce appropriate amendments to the legislation.

“When there is public agreement, there will be a positive result, and well-being, and prosperity. President Kassym-Jomart Tokayev makes an important emphasis on this. This applies to the dialogue between the state and society. Here you need to tap the potential of non-governmental organizations. The government of the country is developing two concepts: the Hearing State and the development of civil society until 2025. They should be ready before the end of 2019. These documents address open government issues and effective community feedback. Not a single appeal from citizens, not a single complaint should remain unanswered,” Berdibek Saparbayev emphasized.

The deputy prime minister noted the need to strengthen the activities of public councils. They need to improve their work in order to exclude formalism, he said. 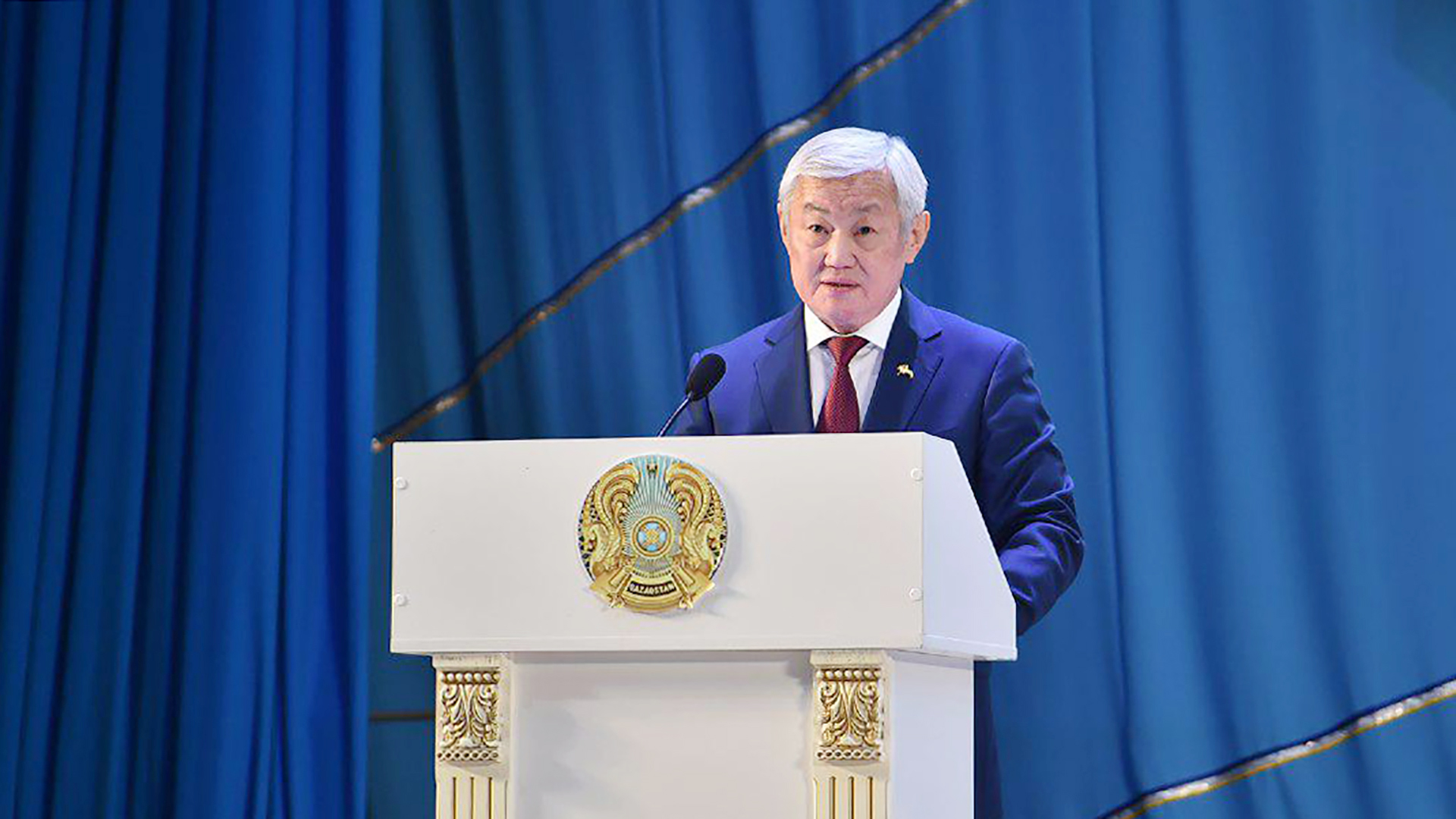 The Parliament is also considering a draft law “On the Status of the Teacher,” which provides for the expansion of professional rights, reduction of workload, and the status of teachers. 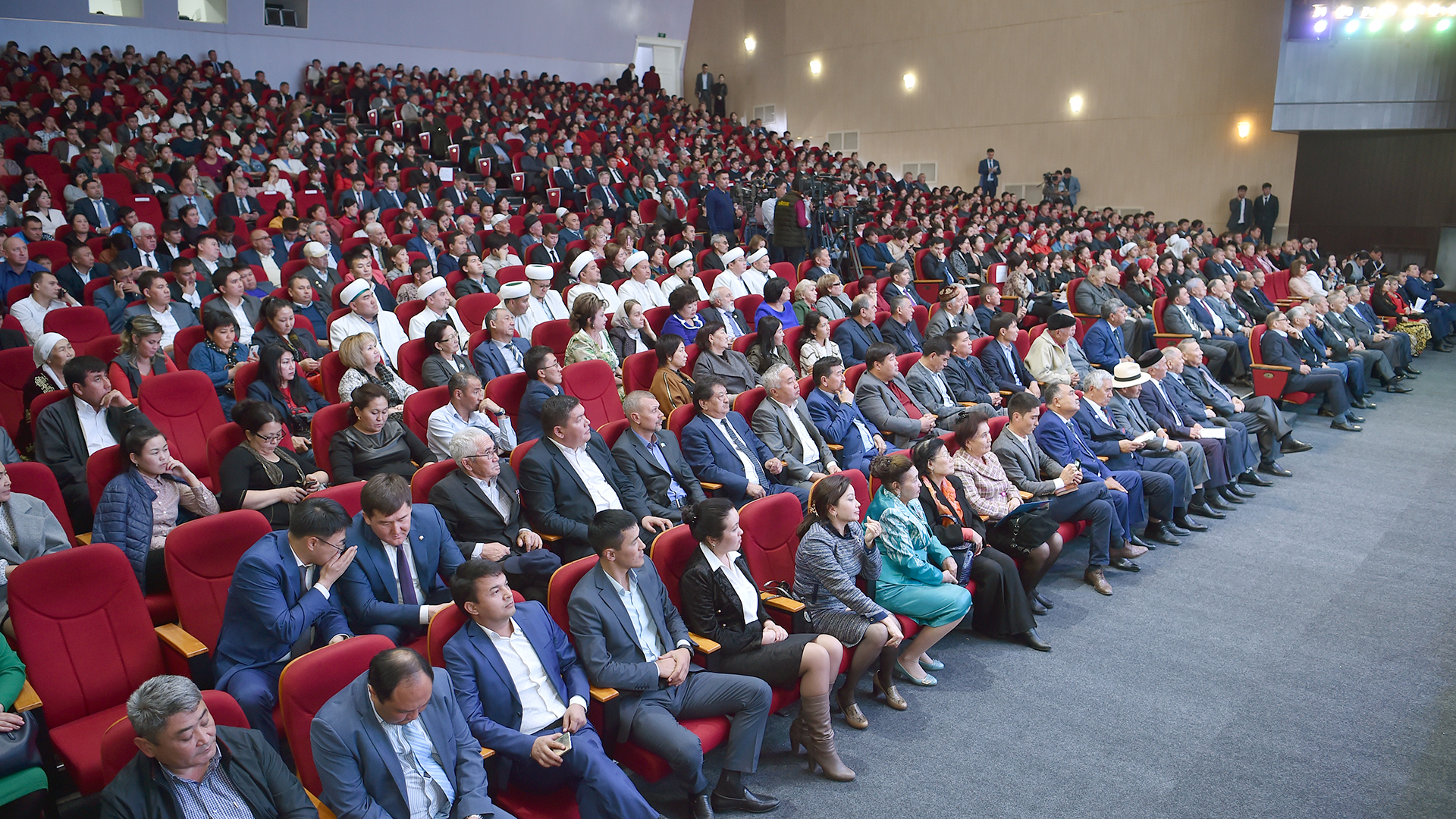 Shymkent residents were able to ask their questions to the deputy prime minister and ministers, to voice wishes and suggestions. In particular, they were interested in issues of strengthening the fight against corruption, improving the quality of education, supporting socially vulnerable segments of the population, social security and others. All questions were answered. On issues that require further study, the deputy prime minister instructed to understand in accordance with the law as soon as possible. 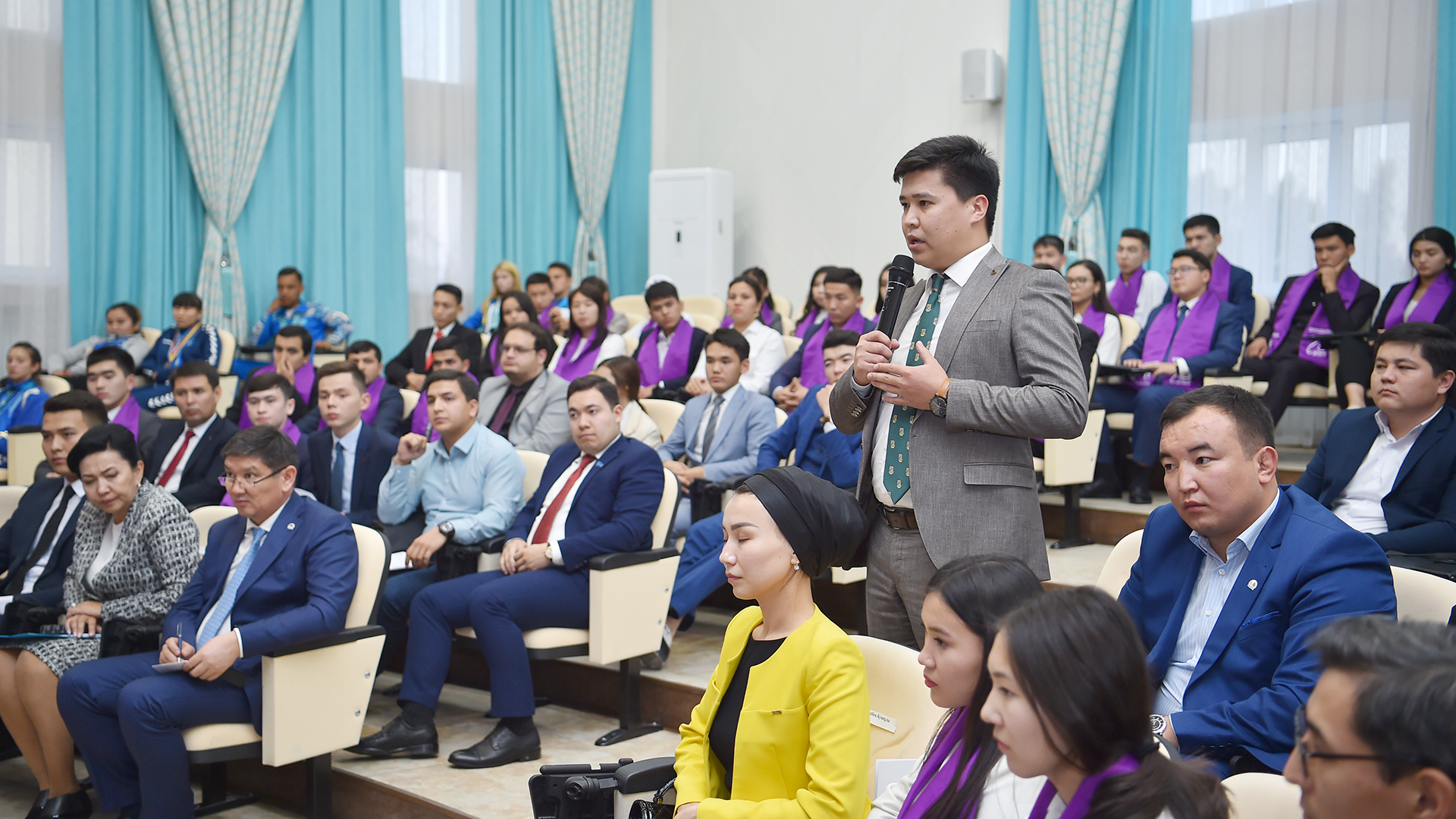 During a meeting with young activists, scientists, entrepreneurs and athletes of the metropolis, Saparbayev answered their questions. The meeting was also attended by the city Akim Yerlan Aitakhanov and Vice Minister of Information and Social Development Daniyar Yesin.

Students were interested in the development of education, sports, the implementation of state policy of youth support.

“Competition should be everywhere, especially among students. 2019 is the Year of Youth. It will smoothly move into the Year of Volunteers. I often visit regions, meet with young people. I see a lot of ambitious and purposeful people. You have every opportunity. The main thing is a good education. Now the rating of universities will be created for the employment of graduates and their relevance,” Saparbayev emphasized.

Vice Minister of Information and Social Development Daniyar Yesin spoke about the implementation of youth policy at the meeting. According to him, in all regions of the country there are more than 200 resource centers aimed at providing assistance, as well as more than 500 non-governmental organizations in the field of youth policy. Along with this, the Roadmap, adopted in the framework of the Year of Youth, which is aimed at stimulating and supporting the young generation, is being successfully implemented.

“The roadmap consists of 5 key areas – providing housing for working youth, youth employment, the development of education and volunteering, the development of youth social activity, a whole range of activities aimed at supporting the young family, health and social inclusion. For example, in Shymkent, a start will soon be given to the issue of rental housing for working youth. It is planned to issue 900 apartments,” Daniyar Yesin said.

In turn, the deputy prime minister advised young people to eradicate dependent moods and to master new digital technologies, to strive for knowledge and hard work.

There are state grants allocated for young people. Now is the time to work and develop. Moreover, the state creates unprecedented conditions for this. Every year, thousands of rental apartments will be allocated for young specialists of three megacities, new jobs will be created,” said the deputy prime minister of Kazakhstan.

“We need to attract more youth to power. This should be done, first of all, by local executive bodies. Such maslikhats were created in some cities, including Shymkent. Their work will only intensify. Now there are a lot of young, educated people in the civil service, and it pleases,” said the deputy prime minister.

The meeting participants voiced proposals for supporting young entrepreneurs, their startups and initiatives. One of them is the development of the workout movement. It turned out that there are now seven such sports grounds in Shymkent.

“We need to increase the number of sports fields,” Saparbayev noted.

“Our projects are considered advanced in the country. Recently, for example, on our initiative, the first leaders of some schools and clinics moved to the first floors. This is done in order to eradicate corruption and make the work of officials more transparent,” he said.

As Saparbayev emphasized, not only anti-corruption propaganda meant to fight bribery, but also increased wages of employees of budgetary organizations. According to the speaker, funds are provided for this in the next two years.

The conversation with the young Shymkents turned out to be frank, creative, and most importantly, constructive. Students listened to business advice from a distinguished guest from the capital and an experienced leader attentively, fixing them in their notebooks.

The main lesson they learned from the conversation with the deputy prime minister is to strive for knowledge, not to succumb to provocations, learn the basics of business and translate ideas into reality. Now is the time for this!

In addition, Berdibek Saparbayev held a reception of citizens on personal issues, and also met with city veterans.