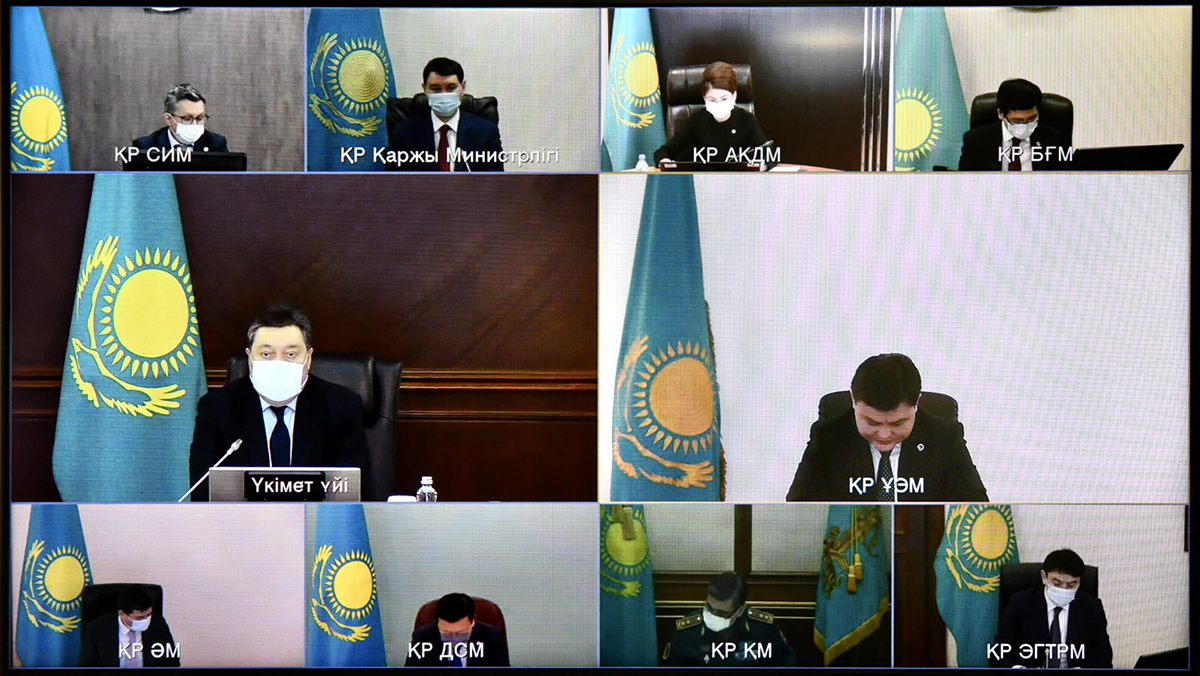 At a government session chaired by Prime Minister Askar Mamin, the results of the country's socio-economic development and the execution of the republican budget for January 2021 were considered.

Minister of National Economy Aset Irgaliyev, Chair of the National Bank Erbolat Dossaev, Minister of Finance Yerulan Zhamaubayev reported on the state of the economy, banking sector, execution of the republican budget, local content in public procurement, Minister of Industry and Infrastructure Development Beibut Atamkulov and Minister of Energy Nurlan Nogayev spoke on infrastructure and energy industries, Minister of Agriculture Saparkhan Omarov reported on agro-industrial complex, Deputy Prime Minister - Minister of Foreign Affairs Mukhtar Tleuberdi told about the work to attract investments, First Deputy Prime Minister Alikhan Smailov spoke on mechanisms of implementation of the Roadmap measures for the implementation of the Pre-election Program of the Nur Otan Party.

For January 2021 basic sectors of the economy tend to improve their performance. At the same time, the presence and strengthening of quarantine measures continues to affect the service and transport sectors.

The manufacturing industry showed stable dynamics, which grew by 3% since the beginning of the year. The main engines of growth were metallurgical production (+ 3.1%), incl. production of non-ferrous metals (+6.6%), mechanical engineering (+16.2%), including the automotive industry (+21.2%), as well as the chemical industry (+12.8%), production of building materials (+11.8% ) and pharmaceuticals (+4%).

Construction volumes increased by 7%, housing commissioning — by 9.4%, or about 801 thousand square meters. In agriculture, production increased by 2.5%.

The main factor behind the slowdown in the national economy was the mining sector in connection with the fulfillment by Kazakhstan of its obligations to reduce oil production under the OPEC+ agreements. The index of the physical volume of oil production amounted to -12.3%. At the same time, coal production is growing rapidly (+10.1%).

The growth of investments in fixed assets excluding mining amounted to 25.5%. In the service sector, high growth rates were achieved in the information and communications sector (+9.4%).

The stability of the economy allowed the unemployment rate to be kept in the range of up to 5%.

The epidemiological situation is under control; certain restrictions continue to apply to ensure the safety of citizens in some regions. 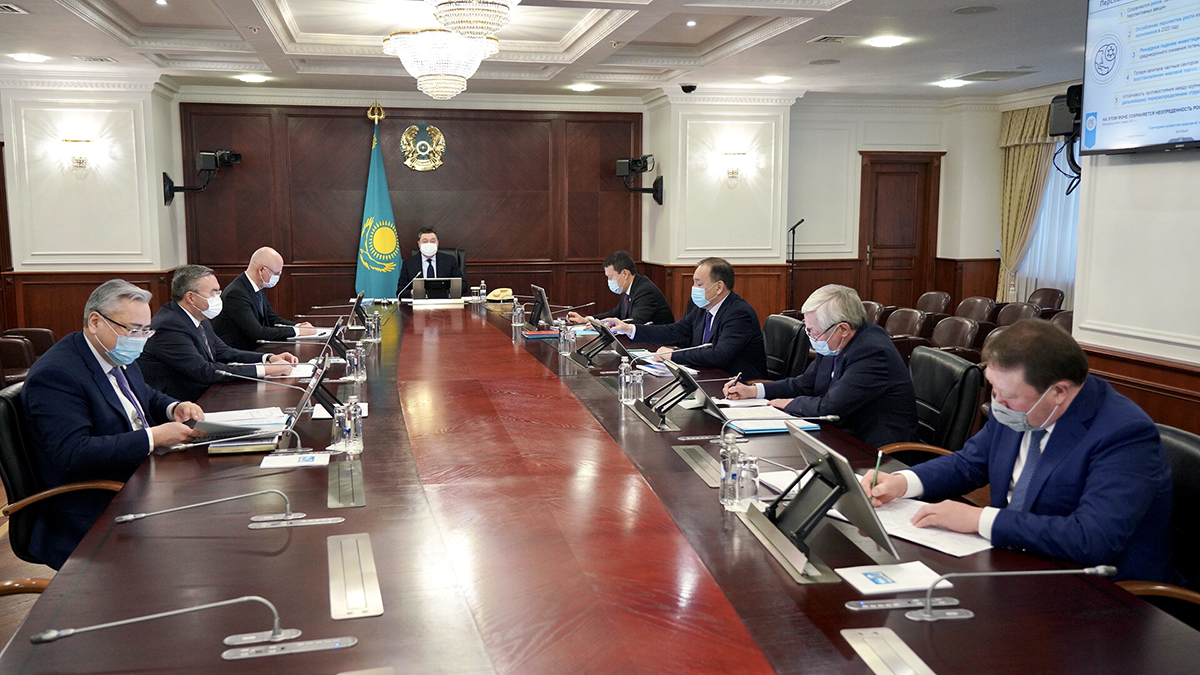 Akmola, Aktobe, Almaty, Zhambyl, Kostanay regions, as well as the cities of Nur-Sultan, Almaty and Shymkent ensured the growth of socio-economic development in 5 out of 7 key indicators. Positive dynamics in 4 indicators was achieved in Karaganda, Kyzylorda, Pavlodar, Turkistan and East Kazakhstan regions.

“Ministries and akimats need to intensify their work, take appropriate measures and clearly fulfill the set goals and objectives,” Mamin said, paying special attention to the importance of increasing the volume of attracting investments into the country's economy.

The head of government instructed to form the Headquarters for the implementation of the electoral program of the Nur Otan party within two days. Its meetings will be held weekly by the First Deputy Prime Minister, monthly - by the Prime Minister.

The working body of the Headquarters is the Ministry of National Economy, which is entrusted with until March 1, 2021, to develop a digital map of the Roadmap indicators.