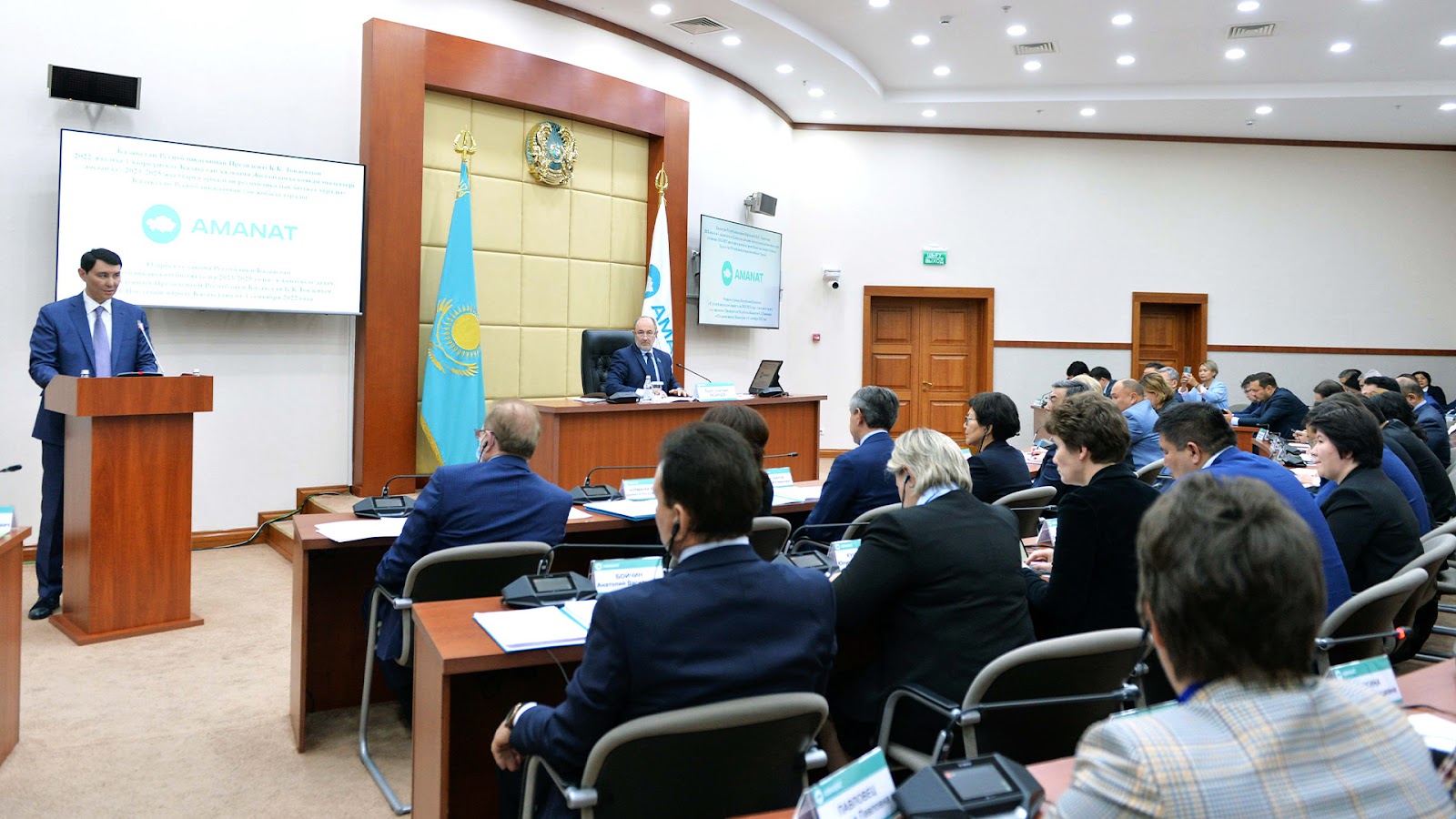 Deputy Prime Minister, Minister of Finance Zhamaubayev reported at the expanded meeting of the faction of the AMANAT party on the draft laws "On the national budget for 2023-2025," "On a guaranteed transfer from the RK national fund for 2023-2025" in the context of the tasks set by President Tokayev in his message to the people of Kazakhstan September 1, 2022.

According to Zhamaubayev, the bills were developed on the basis of the forecast of socio-economic development of the country until 2027.

At the same time, the deputy prime minister said that the share of oil revenues in the national budget is gradually decreasing. Thus, next year a guaranteed transfer from the National Fund will be drawn down by 1.8 times to 2.2 trillion tenge compared to the current year.

The target transfer for next year is set at 1.0 trillion tenge.

In general, according to the Deputy Prime Minister's report, the increase in revenues from the non-oil sector indicates a gradual improvement in the diversification of the country's economy and the strengthening of its own revenue base.

Zhamaubayev announced that in 2023 the expenditures are planned to amount to 21 trillion tenge or 17.4% of the GDP and will be increased by 2.2 trillion tenge in relation to the plan for the current year.

In this case, as before, the main share of spending falls on the social sector. For it, taking into account transfers of a general nature, it is provided 10.6 trillion tenge in 2023 with an increase of 2 trillion tenge to the plan for the current year.

Budget expenditures to support the real economy for 2023 are planned at 2.5 trillion tenge, among which the priority areas are:

1. development of the manufacturing industry;

2. Implementation of ongoing infrastructure projects in the regions;

3. Development and support of entrepreneurship, small and medium-sized businesses;

Deputy Prime Minister noted in his report that a great deal of work has been done with AMANAT faction during the elaboration of the draft law, including the discussions on the demands of the regions.

In general, based on the results of discussions, the bill has been approved and will be submitted to the next plenary session of the Majilis.