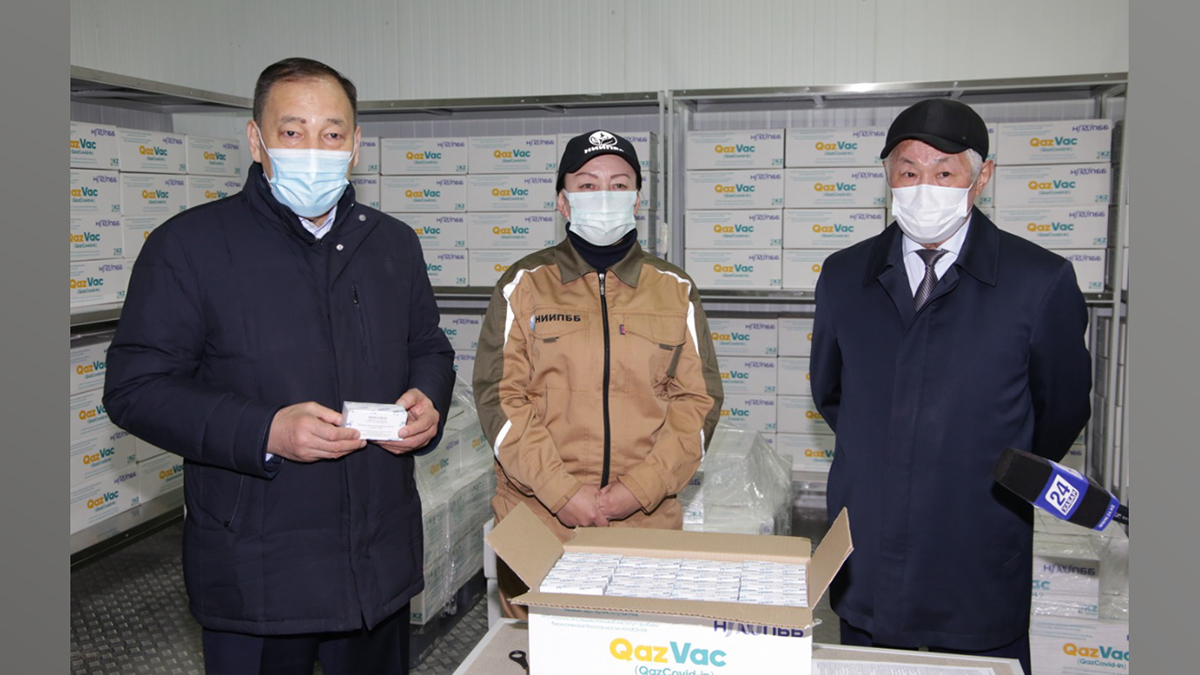 Today Deputy Prime Minister of Kazakhstan Yeraly Tugzhanov took part in the shipment of the first batch of Kazakh vaccine QazVac (QazCovid-in) produced by on the basis of the Scientific Research Institute for Problems of Biological Safety and got acquainted with the progress of the construction of a biopharmaceutical plant in the village Gvardeisky, Korday district, Zhambyl region. 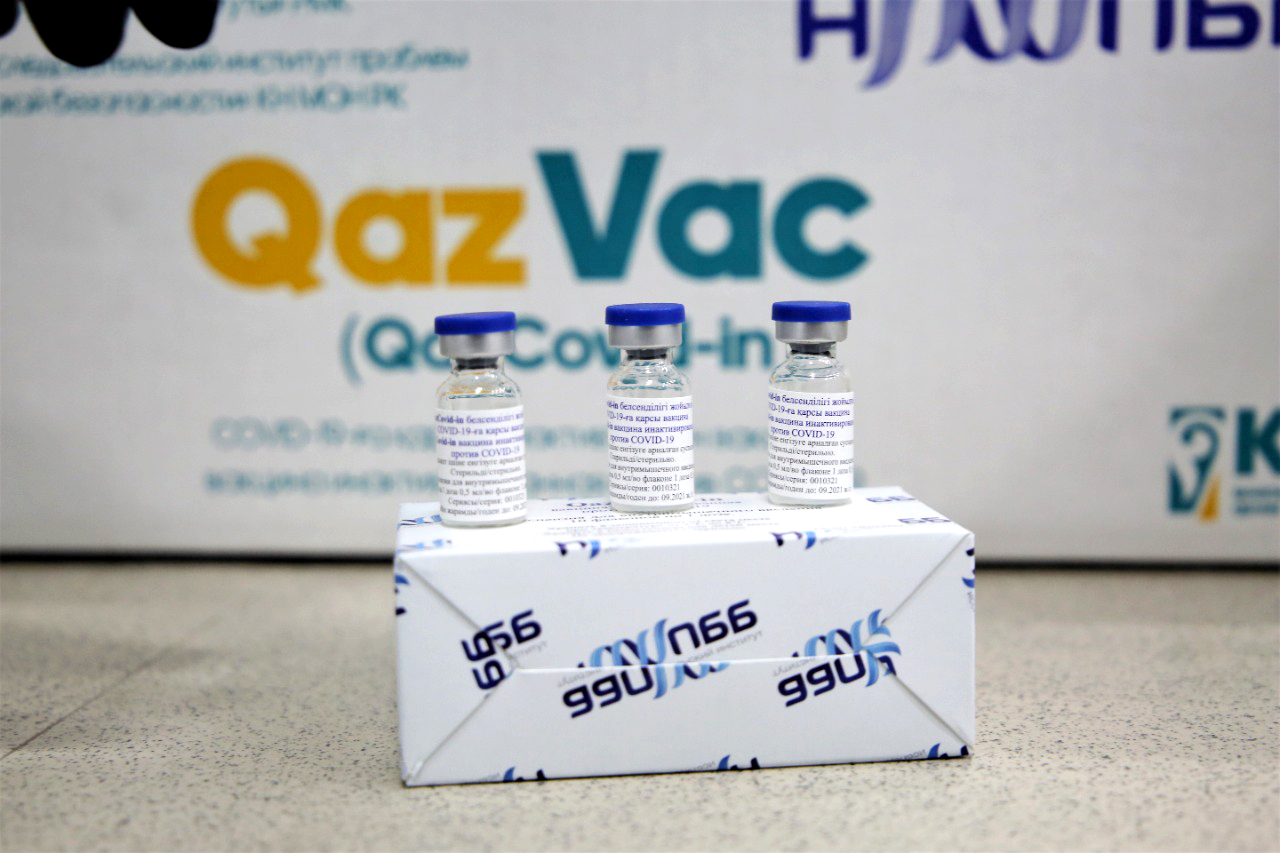 “The creation of a Kazakh vaccine allowed our country to enter the top five countries in the world that have developed their own vaccines against coronavirus infection. This is not only a matter of public health, it is also evidence of the potential of domestic science and the practical application of modern technologies in biopharmaceuticals, the prestige of the state,” said Yeraly Tugzhanov.

In October last year, the President of Kazakhstan Kassym-Jomart Tokayev gave specific instructions on the development of a domestic vaccine. 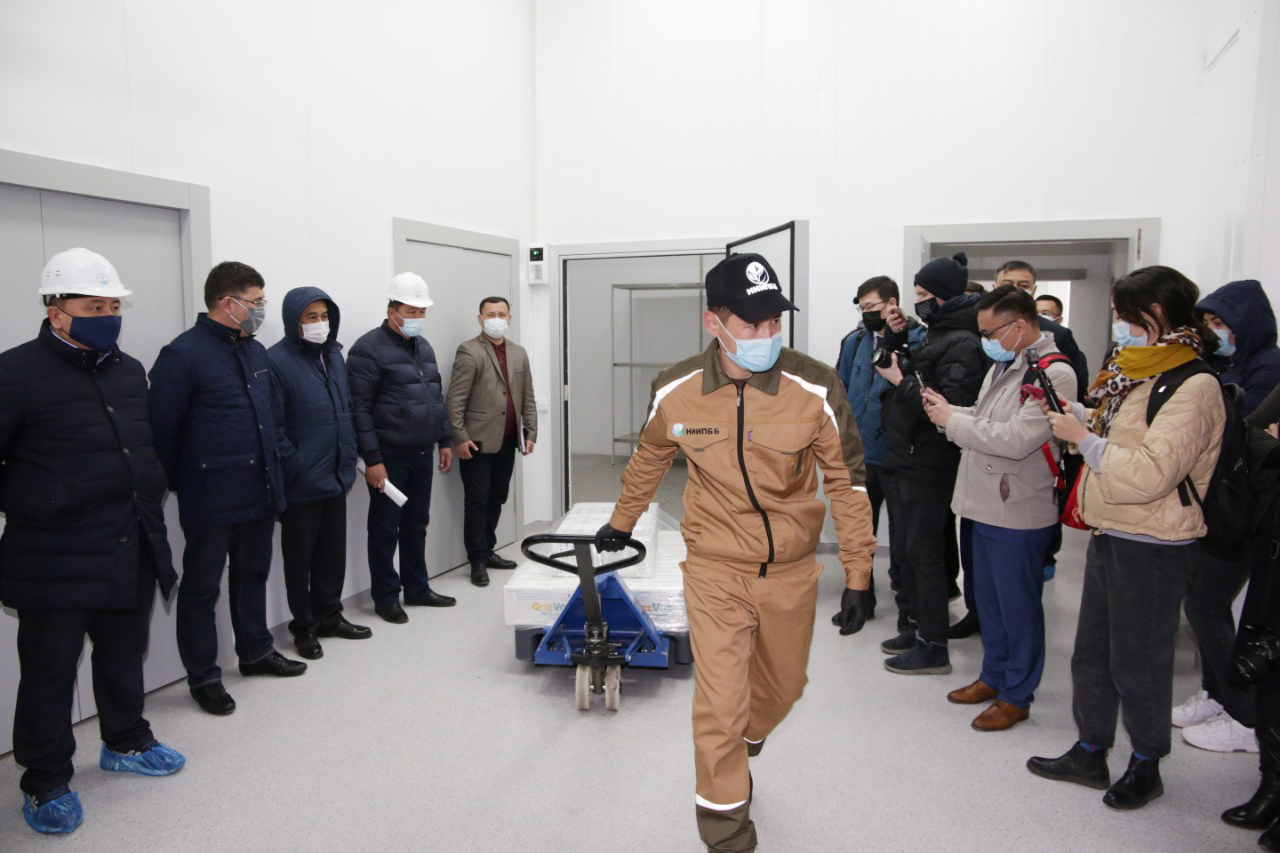 The Deputy Prime Minister noted that all the instructions of the Head of State for the production of the Kazakh vaccine are under the special control of the Government, and today's release of the first batch of vaccine testifies to their implementation in practice. 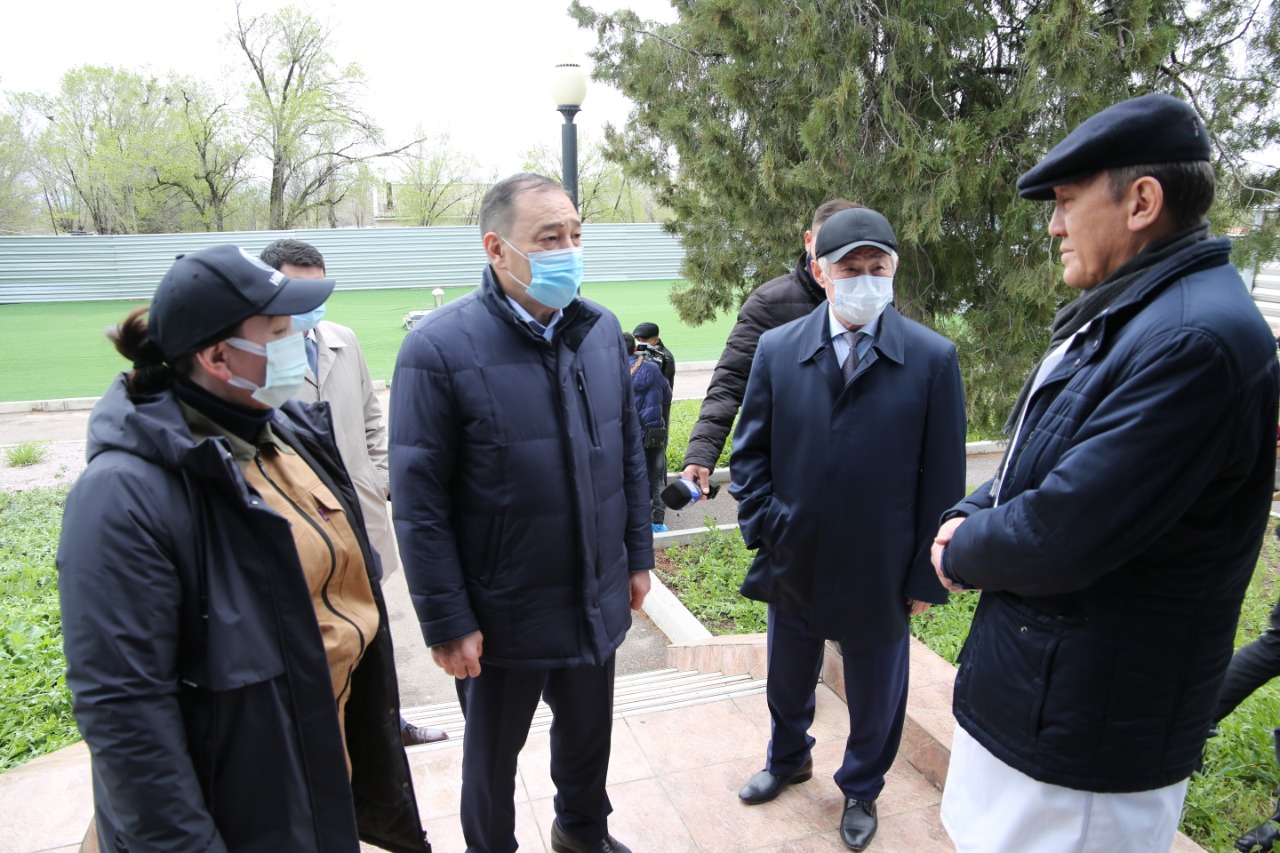 The domestic vaccine is included in the register of the World Health Organization. Its complete safety has been proven, the vaccine forms a strong immunity against coronavirus infection. The advantage of an inactivated vaccine is that it does not cause vaccine-associated diseases. In addition, the methods of delivery of the QazVac vaccine do not require complex refrigeration units, they are transported in a refrigerator at a temperature of + 2-8 degrees. 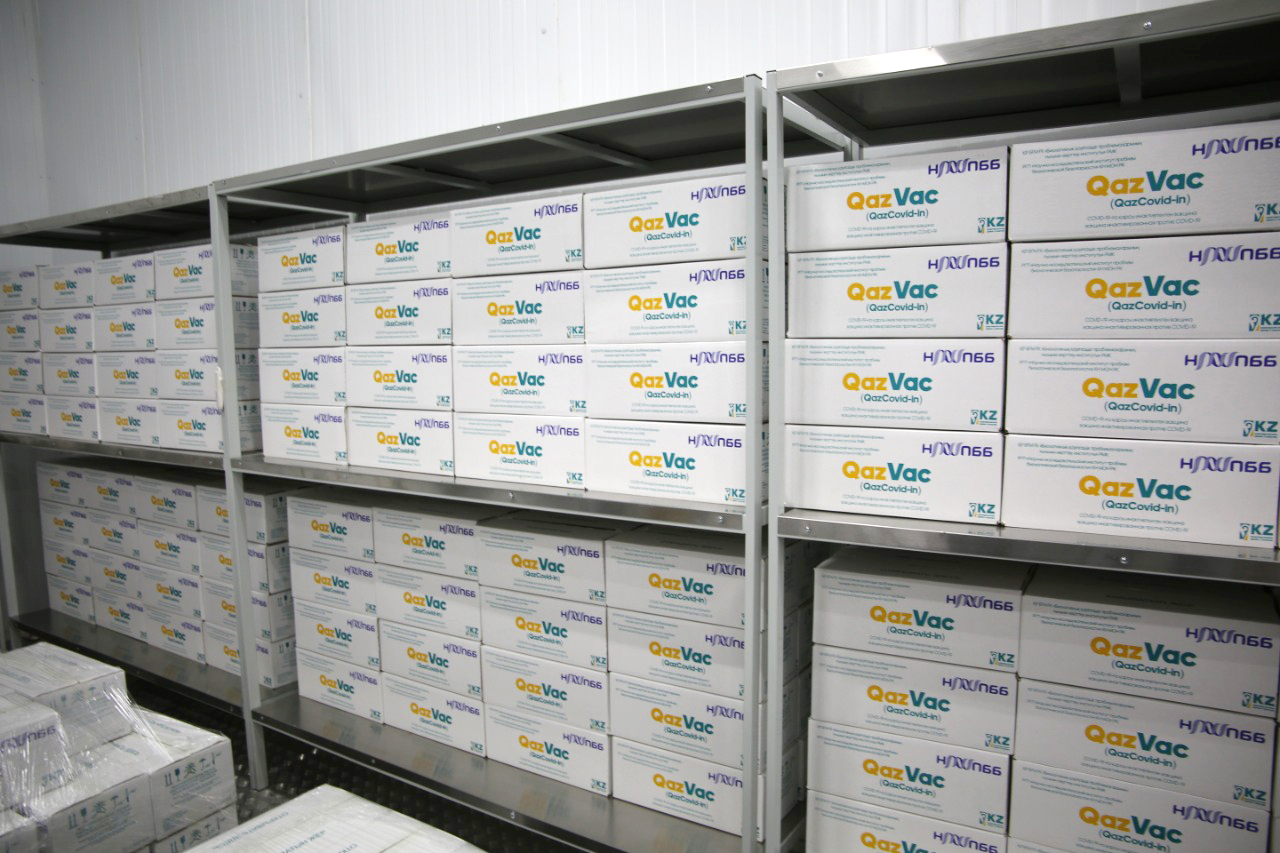 Also, within the framework of the working trip, Tugzhanov got acquainted with the construction progress of a biopharmaceutical plant on the basis of the Research Institute. Currently, construction, installation and finishing works have been completed. Work has begun on installation, commissioning and commissioning of equipment with connection to utility networks.

In March 2021, a positive conclusion (DQ) of the study for compliance with GMP standards was received. The next step is to validate and obtain the GMP international standard certificate itself. For these purposes, the Atabay Turkish company was involved. 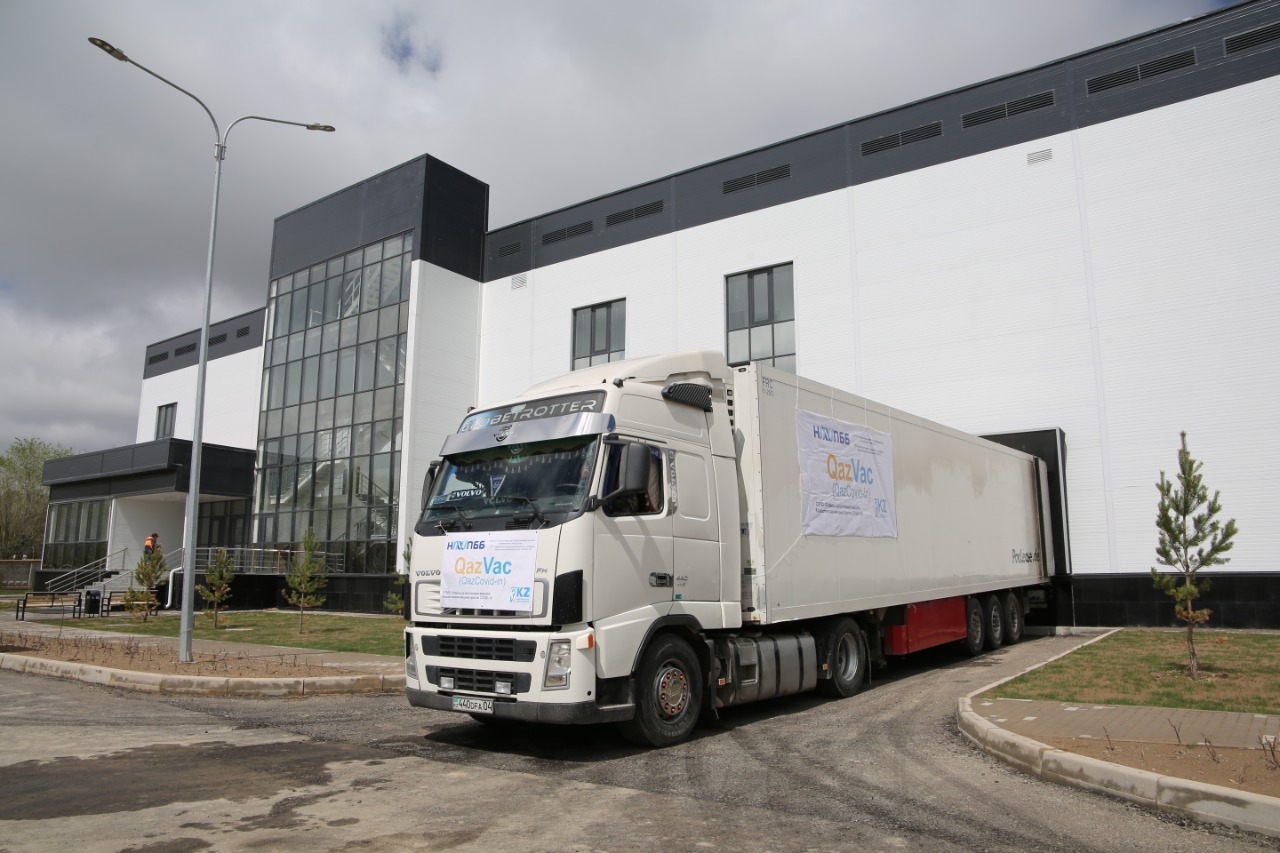 Following the visit to the facility, the Deputy Prime Minister gave a positive assessment and noted that in accordance with the instructions of the Head of State, the construction of a plant for the production of domestic vaccines is being carried out within the specified time frame.

It is noted that after the launch of the biopharmaceutical plant in the current year. production of the QazVac vaccine will continue on its basis.