Until the end of 2020, employment measures to cover 1 million 220 thousand of Kazakhstanis — Ministry of Labor and Social Protection of the Population 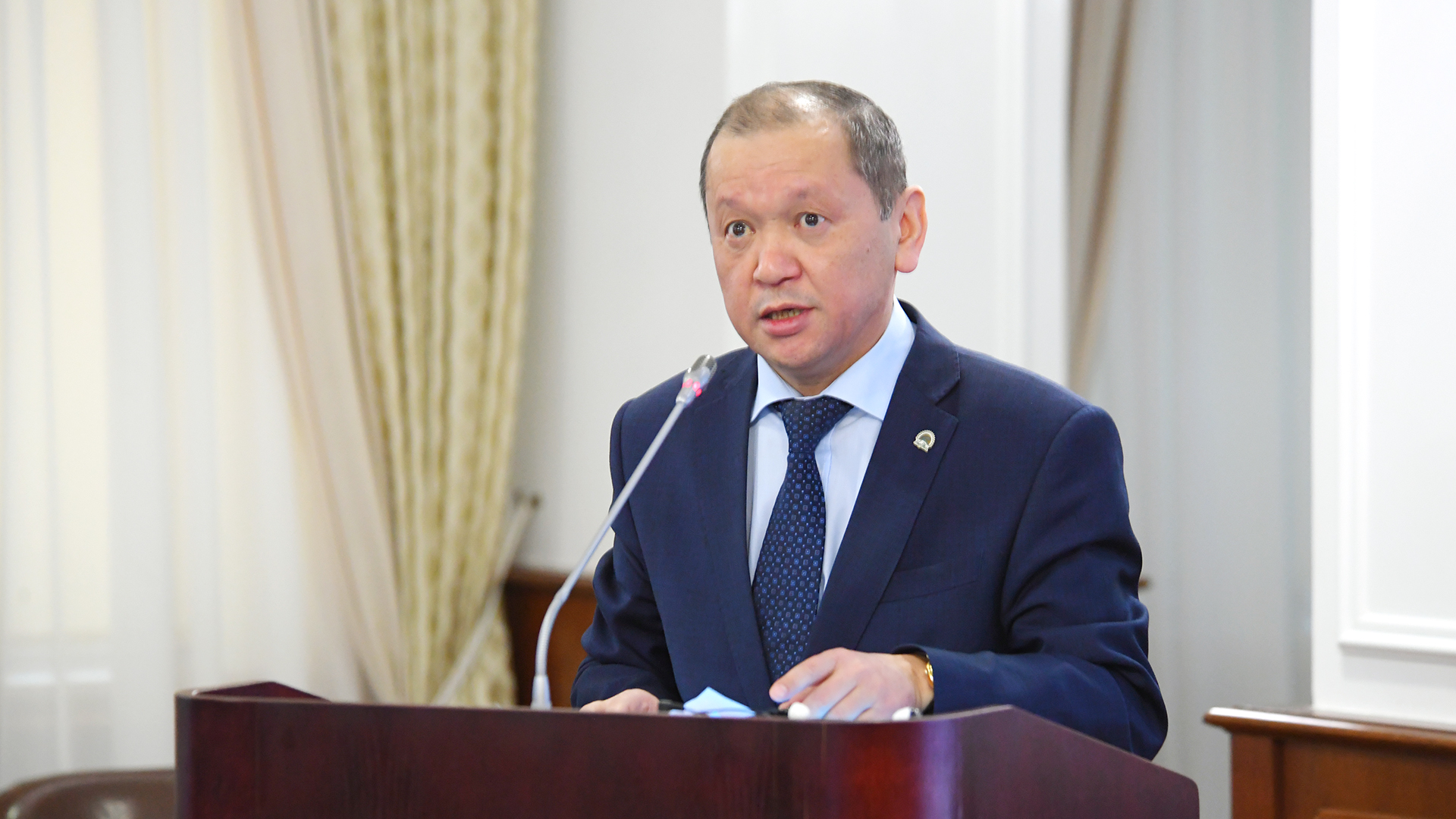 At the government session chaired by Prime Minister Askar Mamin, the progress in implementing measures to support employment was considered. Minister of Labor and Social Protection of Population Birzhan Nurymbetov reported on the current situation in the country.

“34.5 thousand people have received short-term training in the basics of entrepreneurship. In addition, in September, more than 20 thousand school graduates that have not passed the UNT will be sent to free technical vocational training in working specialties. 130 thousand people found work through the Employment Centers for open vacancies,” the minister said.

Within the framework of the Enbek state program, Kazakhstanis who received 5,800 microcredits were able to create an additional 6,151 permanent jobs. Good performance was demonstrated in East Kazakhstan, Kostanay regions and Shymkent.

“Out of more than 17 thousand issued grants, 51% are aimed at supporting the unemployed from low-income families and large families. In this direction, the Zhambyl region has reached the annual plan, more than 80% is fulfilled by the Karaganda, North Kazakhstan regions and the city of Shymkent,’’ Nurymbetov noted.

About 6,400 projects are being implemented within the framework of the Employment Roadmap. 154 thousand people are involved in the projects. Of these, 73% are in rural areas, 37% are unemployed youth, 17% are citizens engaged in informal work, and 9% are low-income families.

In construction and repair work, the requirement to attract at least 90% of national enterprises is observed.

About 75 billion tenge were spent on wages for 154 people, who were covered by employment measures, more than 600 thousand people were provided with family members.

Within the framework of the monitoring, it was determined that high rates of providing the population with jobs were recorded in the East Kazakhstan, Kyzylorda regions and the city of Shymkent.

It is necessary to intensify work in the Turkistan and Almaty regions. To finance the Road Map for August 2020, 240 billion tenge were allocated.

The minister noted the positive socio-economic effect of the implemented state programs. Another 683 new facilities will operate in the regions as a social asset. Including 80 educational facilities that will provide 10 thousand new permanent jobs, 60 in the field of health care, culture, sports, tourism with the creation of 20 thousand permanent jobs.

“It is assumed that the construction and reconstruction of 153 water facilities will significantly increase the area of ​​irrigated, pasture land and will provide 77 thousand permanent jobs in agriculture. The construction of about 400 communal facilities, more than 8 thousand km of urban and rural roads, the improvement of 900 settlements are aimed at improving the quality of life of the population,” the head of the department emphasized.

As part of the Employment Roadmap, 13 new infectious disease clinics will be built to combat coronavirus infection, and it is planned to create an additional 5,000 permanent jobs. In general, more than 100 thousand permanent jobs will be created under the program.

In addition, according to memorandums signed with each akim at the beginning of the year, 431.5 thousand jobs are planned to be created in the regions this year. For 7 months, 300,207 jobs were created, including 149 thousand — permanent jobs, 135 thousand — in the countryside.

In recent months, the rate of participation and use of the electronic labor exchange of the population has been increasing. Compared to the beginning of the year, the number of vacancies provided by employers increased by 8.5 times, while the number of persons who published their resumes in search of work increased by 8 times. As a result, for 7 months 2020. 333 thousand people got a job through EST, of which 57% — for permanent jobs.

“Citizens are actively applying to employment centers in order to find work. On average, 60 thousand people apply per month. The number of unemployed participating in state programs has increased 8 times since the beginning of the year, in turn, the number of those employed has increased 11 times,” Nurymbetov informed.

Officially unemployed, and their 50,200 people receive special payments from the State Social Insurance Fund for Unemployment. For 7 months of this year paid more than 5.5 billion tenge.

In addition, 4.6 million citizens who were left without income due to restrictions under the coronavirus pandemic received 322 billion tenge from the Social Health Insurance Fund during the state of emergency. During the quarantine restrictions, over 2.3 million Kazakhstanis will be paid 147 billion tenge. This work continues.

In turn, the Akim of the East Kazakhstan Region Daniyal Akhmetov said that the implementation of the Employment Roadmap contributed to the creation of over 19 thousand jobs or 102% of the plan.

“Following the results of seven months, 42 billion tenge or 99.5% of the current plan was mastered. Of the 817 projects implemented under the Employment Roadmap, 626 projects have been completed for 14.4 billion tenge,” Akhmetov informed.

In addition, 17 thousand people became participants in the Enbek program, of which over 11 thousand people were employed. Particular attention is paid to the development of entrepreneurial initiative among large and low-income families. 704 loans were issued in the amount of more than 3.5 billion tenge, or 83% of the annual plan, of which 96 large families for 378 million tenge, with an increase of 1.5 times compared to last year. 728 grants were received for 403 million tenge, including 285 large families and 127 low-income families.

According to the regional akim, within the framework of labor mobility, 532 people (200 families) moved to the region with an approved quota of 600 people. In general, 45 thousand jobs are planned to be created in the region this year. To date, more than 35 thousand jobs have been created, or 78% of the annual plan, which allowed maintaining unemployment at 4.9%.

Akim of the North Kazakhstan region Kumar Aksakalov informed that within the framework of the implementation of state programs in the current year, more than 10 thousand new jobs were created, of which 90% are permanent.

"All this made it possible to increase the number of employees to 214.7 thousand people, wages by 1.2 times and, as a result, to increase the revenue side of the budget by 1.3 billion tenge," Aksakalov said.

About 13 thousand people are involved in the Enbek program. At the request of employers, 540 unemployed are trained in demanded specialties. More than 660 people have been trained in the basics of entrepreneurship. Almost every second person started their own business.

At the same time, in order to develop small and medium-sized businesses, more than 1.4 thousand loans and grants were issued for 1.9 billion tenge. This allowed the creation of 1,400 new jobs. 4.8 thousand people were covered by active measures of employment. In general, the complex of measures taken has increased the monetary income of the population by 20%.

As part of increasing the mobility of labor resources, 1,425 people arrived in the region. 80% of able-bodied people are provided with employment.

“By the end of the year, we plan to host another 700 people. The work carried out has made it possible not only to improve migration processes, but also to completely close the shortage of teaching staff, as well as to reduce the shortage of medical workers and agricultural specialists by 20%,” the regional akim said.

As part of anti-crisis measures, 377 projects are being implemented, 20% of which have already been completed. According to the approved schedule, 4 thousand jobs were created, for the remuneration of which 1.1 billion tenge was invested. At the same time, 65% are employed through the Employment Centers.

‘’The Employment Roadmap not only improves the infrastructure of the region, but also involved more than 1,100 business entities, employing 6.8 thousand people. As a result of projects implementation, about 2,000 new jobs will be created,” Aksakalov said.

Akim of West Kazakhstan region Gali Iskaliyev informed that according to the Enbek state program, the region fulfills the main targets. 4.4 billion tenge is provided for microcrediting, 276 people received microcredits for a total amount of 1.2 billion tenge (26%).

“The low volume of issuing microcredits is due to the fact that the money was received only at the end of April, the issuance was started late — in May. Most regions started microcrediting in February-March. Considering that the main business of the region is animal husbandry and the purchase of livestock is carried out in the fall, the target will be fulfilled by the end of the year,” the regional akim said.

Within the framework of the Employment Roadmap, 174 projects are being implemented, as of August 1, 9.7 billion tenge was transferred. As of Aug. 17, 2020, 4,826 jobs were created, 2,366 people were employed through employment centers. Only within the framework of the Enbek program, 13,682 people were employed, of which 43% or 5,825 people — for permanent work.

In general, in the region within the framework of state programs, about 14 thousand jobs were created, of which 35% or 4,750 permanent jobs.