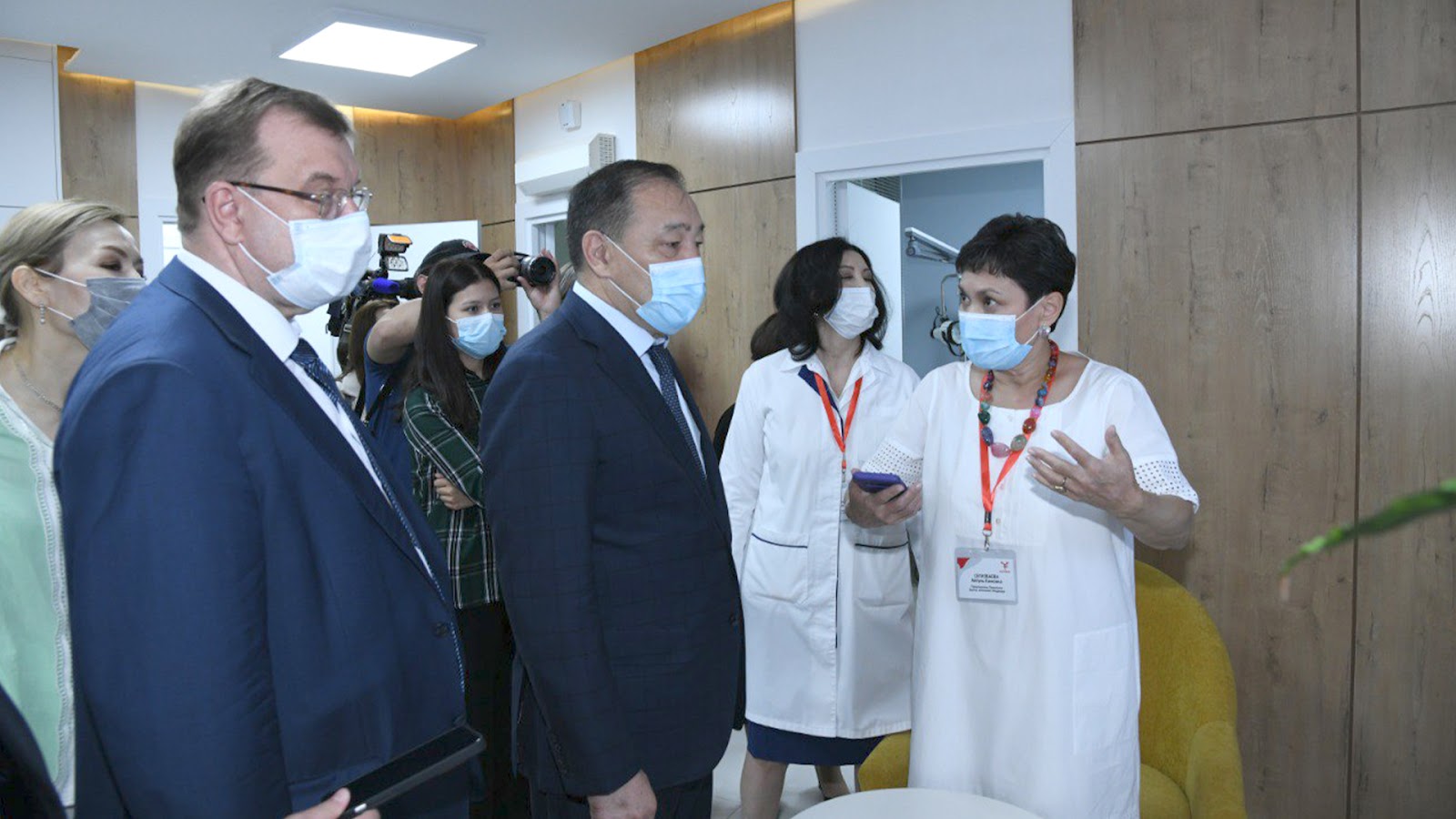 Today, the Deputy Prime Minister of Kazakhstan Yeraly Tugzhanov got acquainted with the work of social facilities in the capital. Representatives of central and local state bodies, social entrepreneurs participated in the working visit.

The Deputy Prime Minister visited the multidisciplinary Meyirim Medical Center, where he was shown the activities of the center, its capabilities and innovations. One of them is the telehealth office, which connects all regions of the country via video conferencing. Through this project, people who live in remote regions can receive high-quality medical care, consultations, and doctors can exchange experiences and conduct case conferences. Tugzhanov noted the importance of ensuring the availability of medical services to every citizen of the country.

Further, the Deputy Prime Minister visited an enterprise — Independent Life DOS center. The center assists people with disabilities in returning to an active independent life and integration into civil society. The center employs 28 people, including 17 people with disabilities. Representatives of this facility demonstrated a showroom for the sale of rehabilitation equipment, Inva-STO Service Center, where equipments, materials, etc. are repaired.

In his speech, the Deputy Prime Minister spoke about the difficulties faced by people with disabilities and told the center’s workers what to pay attention to. He also asked about the issues the center faces and instructed the capital's akimat, together with state bodies, to resolve them as soon as possible.

On behalf of the Head of State, the Government is implementing a program to increase the income of the population. The main goal of this program is to increase earnings of the population and ensure productive employment, associated with industrialization and diversification of the economy, and the development of entrepreneurship.

“The measures envisaged in the Program are directed to a fair allocation of budgetary funds in favor of socially vulnerable segments of the population and citizens with a low level of income, stimulating their further integration into the economy. This is a program of new opportunities, and above all, for those who need help. Its task is not just to allocate funds, but to encourage recipients to change their social status, improve their financial situation through involvement in various forms of employment. One of these areas of the Program is social entrepreneurship,” noted Tugzhanov.

The next facility Tugzhanov visited was Green Tal Social Enterprise, focused on providing training and employment of people belonging to vulnerable social groups. The project involves 62 people, 53 of them belong to vulnerable social groups. The Deputy Prime Minister got acquainted with the activities of the enterprise, its production and capacities.

Tugzhanov pointed out that a considerable attention is paid, all kinds of support are provided by the Government, social entrepreneurs need to ensure the competitiveness and profitability of their business. According to the Deputy Prime Minister, such projects should become a fully functional business with high revenue.

In addition, the Deputy Prime Minister instructed the relevant state bodies to consider the issues related to the development of social entrepreneurship at a separate meeting.