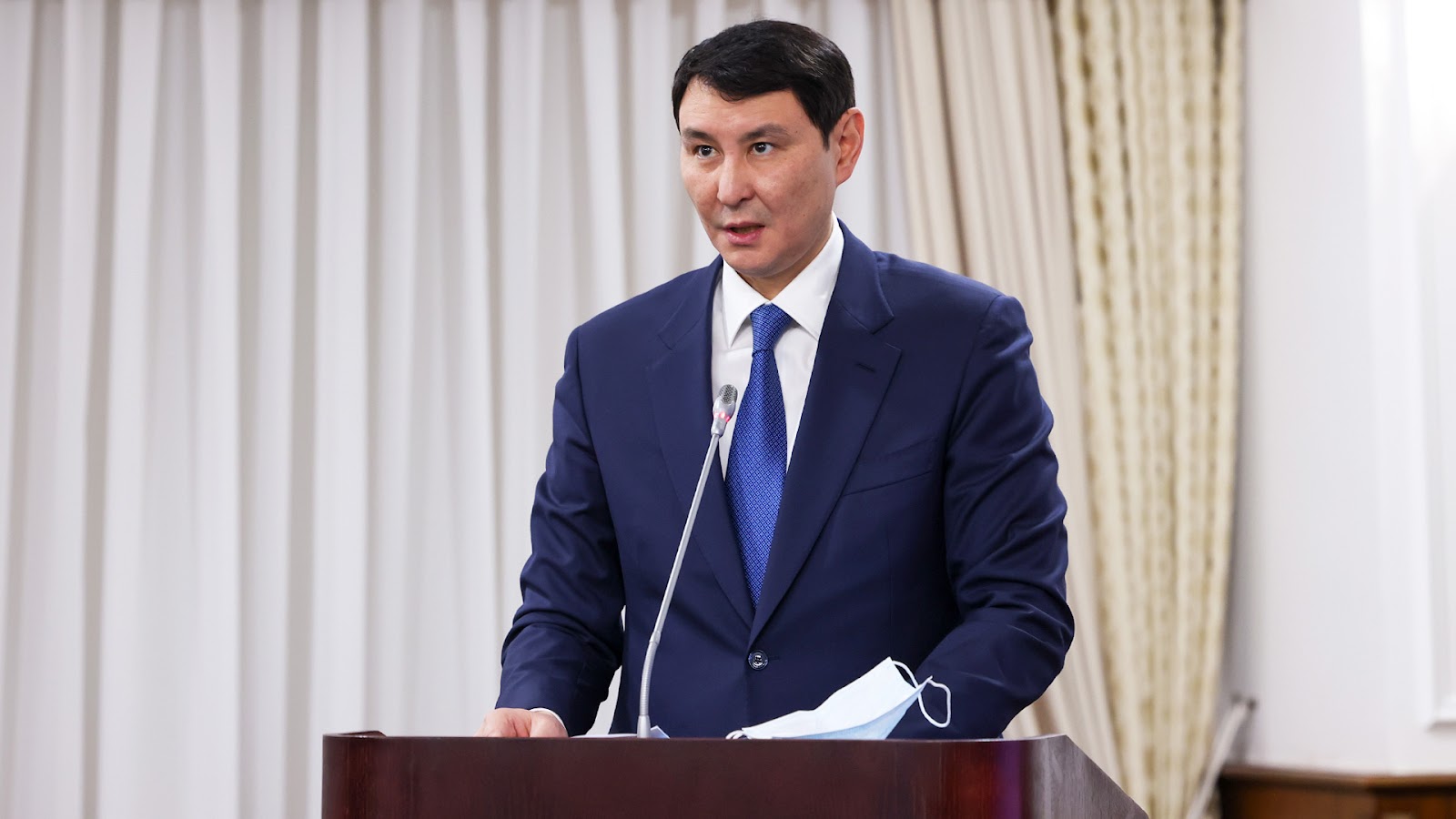 Deputy Prime Minister, Minister of Finance of the Republic of Kazakhstan Yerulan Zhamaubayev spoke about measures to implement the instructions of the Head of State Kassym-Jomart Tokayev, given at the enlarged Government meeting, on the financial sector of the country.

As Deputy Prime Minister reported, the Ministry of Finance is taking the following measures to ensure immediate execution of instructions within the framework of the President's pre-election program and the enlarged meeting of the Government.

"One of the key tools remains the full functioning of the National Traceability System for goods. To this end, the existing information systems are being modified and extensive integration with the databases of government agencies and second-tier banks is being carried out," Zhamaubayev reported.

Online information exchange with bordering countries and other partners is being set up.

According to Deputy Prime Minister, an increase in non-cash payments and introduction of universal declaration of income will have a major impact on reduction of shadow turnover.

The further improvement of fiscal and customs legislation and administration, including the digitalization of the system, will ensure additional budget revenues and create a more favorable business environment.

Regarding demonopolisation of the economy, the Minister said a special commission led by Prime Minister A. Smailov was set up and is currently working on the matter.

The commission has already held 25 meetings, which resulted in

- criteria have been developed for selecting facilities for transfer to state ownership from among those previously privatised and transferred to a competitive environment;

- In the spheres of telecommunications, railway infrastructure, ecology and hotel business state ownership of blocks of shares and shares of participation in JSCs and LLPs, real estate and money has been transferred.

Another 26 companies in the sphere of transport and railway infrastructure are in the process of being transferred into state ownership. Work in this direction will be intensified.

"Regarding the improvement of public procurement, a working group consisting of members of Parliament, government agencies, Atameken, the business community and representatives of international organisations was established. The expert focus group conducted an analysis of the legislation to identify problematic issues and elaborated the main approaches to the new law," Zhamaubayev reported.

According to him, recommendations of international experts have been discussed and development of the Concept to the bill has already begun. The law itself will be adopted next year.

As for the draft law on bankruptcy and restoration of solvency of individuals, the document is currently under discussion in Parliament.

Work is actively under way to automate the application process, according to him. All necessary by-laws will be adopted as soon as possible.

Systematic work will be done on other commissions of the head of state jointly with the state bodies concerned.

"All assignments given by the Head of State at the enlarged session of the government and within the framework of the presidential election programme will be fulfilled in a proper and timely manner. The volume of spending on implementation of the President's initiatives will be worked out together with the administrators of budget programs," Zhamaubayev summarized his speech.