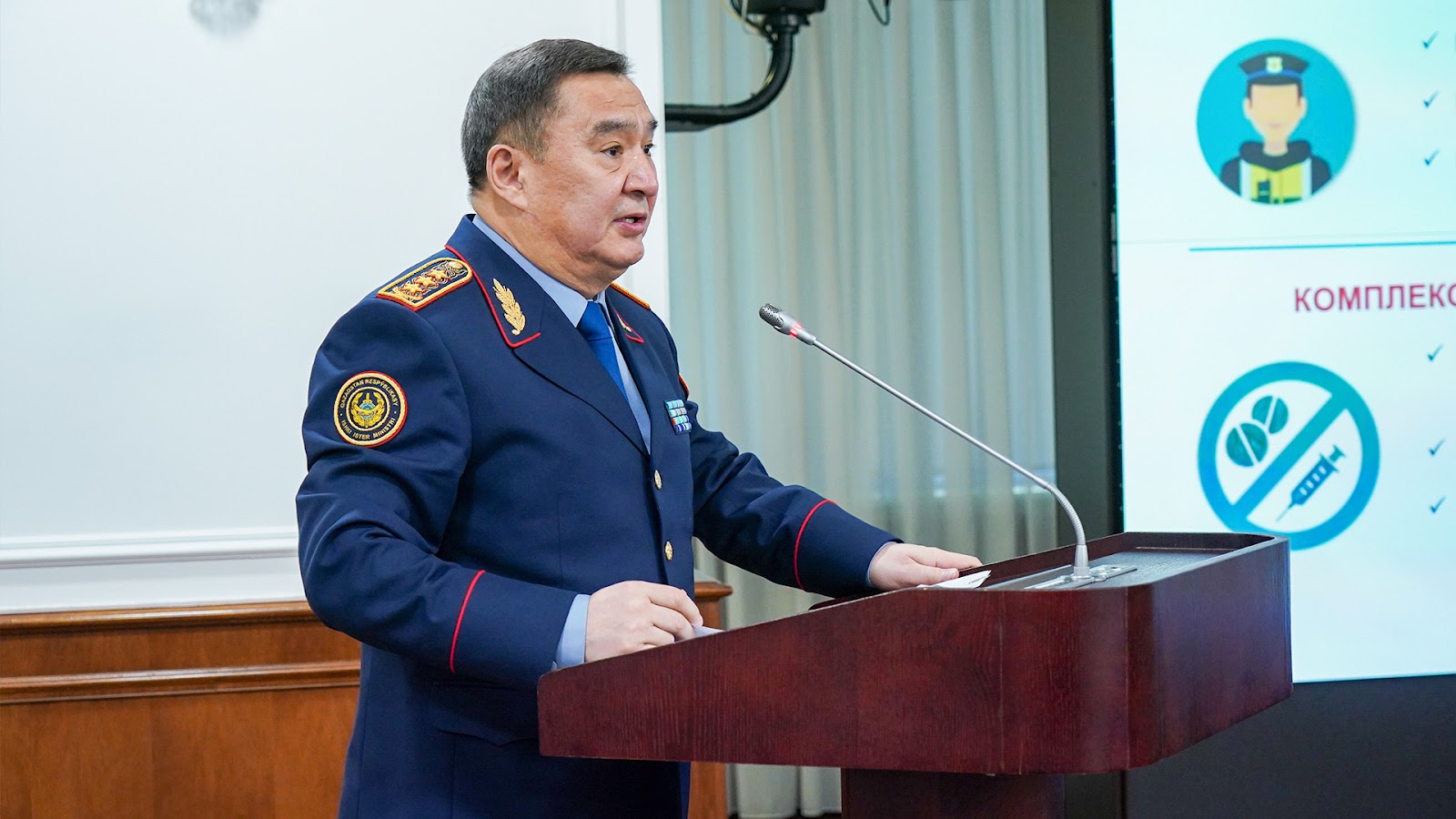 The Ministry of Internal Affairs is working on the creation of a professional service-oriented model of Kazakhstan's 21st century police. This was announced by Marat Akhmetzhanov, the Head of the Ministry.

Thus, the transition from a bureaucratic to a human-centred model, the introduction of a problem-oriented approach and client-orientation is being ensured.

A draft Comprehensive Plan to Combat Drug Abuse and Drug Business for 2023-2025 was developed. It envisages activities for:

- involvement of interested government agencies and public institutions in the fight against drug addiction and drug trafficking;

A special plan for the period 2023-2025 has been drawn up to improve the effectiveness of the system for the prevention of offences. It provides for law-enforcement activities with the involvement of interested government agencies and the population.

The draft act on local government also proposes giving village representative bodies, or keneses, powers to deal with security issues. These include lighting of villages, installation of video surveillance systems, improvement of road infrastructure and others.

Legislative amendments are being introduced to increase accountability for domestic violence.

"Detection-based registration of domestic offences is being introduced. This will enable the police to initiate cases of administrative offences without a victim's statement - on the fact of committing domestic violence. Also, the issue of tightening the requirements for the reconciliation procedure in court by excluding such a right in case of repeated commission of an unlawful act," the Minister of Internal Affairs said.

In addition, there are plans to establish specific terms of administrative detention (10, 15, 20 days; now - from 0 to 10 days), to increase the period (from 20 to 25 days) for repeated offenses. The above-mentioned amendments have been agreed with the relevant government bodies and submitted to the Presidential Administration for consideration.

A sectoral programme has been approved to improve the effectiveness of measures to combat internet and telephone fraud. Mechanisms are being developed to block calls from spoofed subscriber numbers. Awareness-raising work among the population to improve legal and financial literacy of citizens is being widely spread.

In general, the main directions for further development of the internal affairs system will be outlined in the draft Concept of Public Security in partnership with society, which is being drawn up.

The Ministry is also taking measures to implement the instruction of the Head of State on the legalisation of foreign cars.

"This work is divided into two stages: the first is the introduction of the necessary amendments to the legislation, and the second - direct activities for legalization. The Parliament adopted the first amendments to the Tax Code, regarding the establishment of a fee for the initial registration in the amount of 200 thousand tenge. Simultaneously as part of another bill amendments are made to the Environmental Code, in terms of cancellation of the recycling fee," Akhmetzhanov clarified.

In addition, the Ministry of Internal Affairs is developing a draft government decree establishing the procedure, terms and conditions for legalisation. At the same time, since September the Ministry has conducted appropriate explanatory work in the media and social networks, and with owners of foreign cars. At the same time, these activities must be comprehensive in nature.