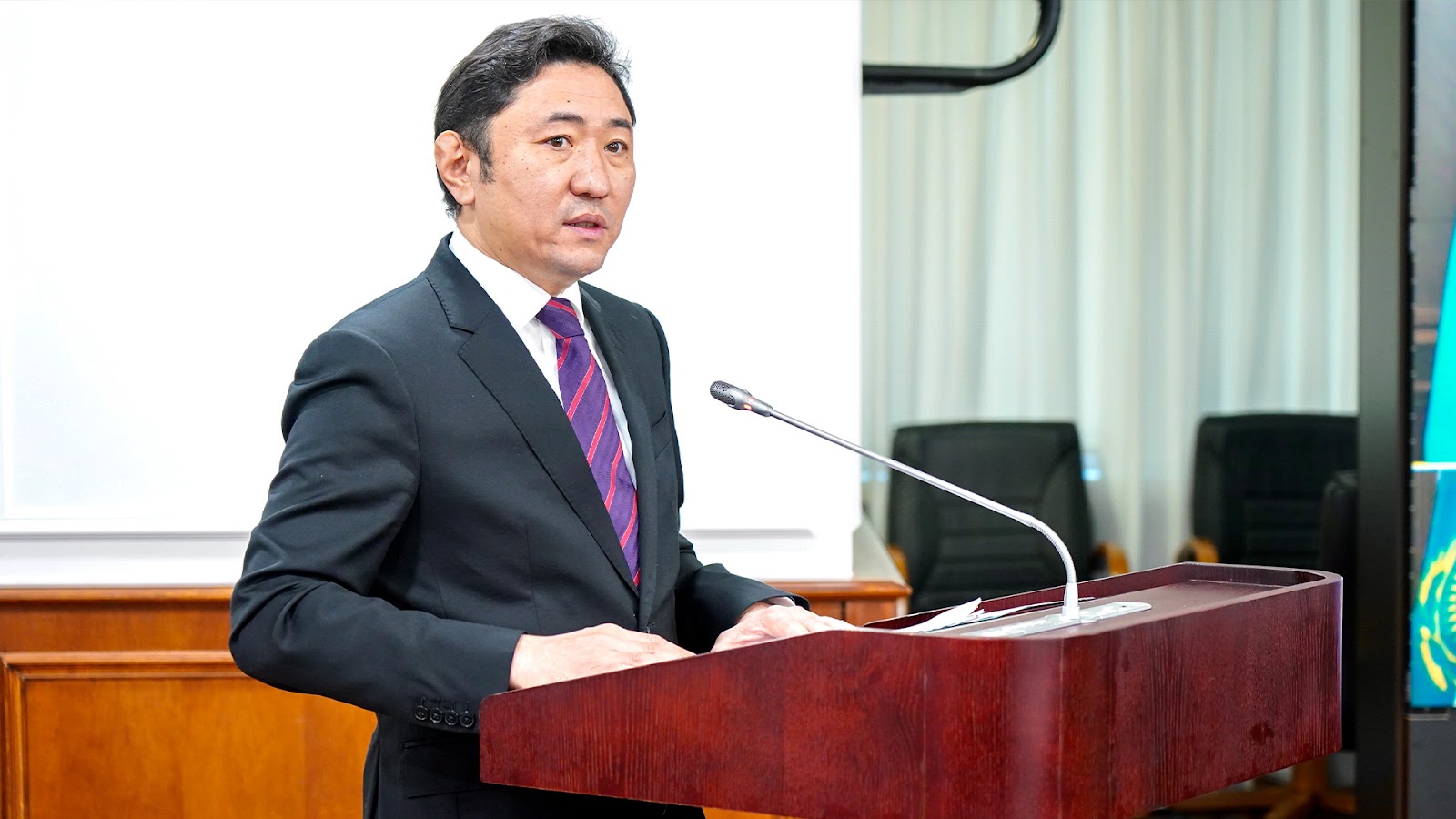 At the Government session chaired by Prime Minister Alikhan Smailov, the issue of development of the country's electricity sector was considered. Minister of Energy Bolat Akchulakov and Chairman of the Board of Samruk Kazyna Almasadam Satkaliyev reported on the current state and prospects of its development.

According to the Minister of Energy, currently the unified power system is working steadily.

"Electricity production as of October 16 this year, taking into account exports amounted to 86.9 billion kWh. Consumption was 86.8bn kWh, which is 1.4% lower than during the same period last year," Akchulakov said.

According to him, the decrease in consumption is largely due to the work carried out to identify persons carrying out illegal activities for digital mining. In this regard, given the dynamics of the energy system in recent years, the ministry estimates that in the autumn and winter period 2022-2023 maximum load in the energy system will be about 16.1 GW.

In the regions of the country, according to the minister, the heating season has started and is proceeding normally. The readiness of energy producing and energy transmitting organizations is 95%.

There are 4.1 million tons of coal and 81,000 tons of fuel oil in storage of energy sources, which meets the approved norms.

In general, the Ministry is constantly monitoring the heating season, especially in the above-mentioned regions.

Referring to the development prospects of the sector, the minister said that the ministry has prepared a vision of the energy sector till 2035, the implementation of which requires taking a number of systemic measures.

"First, electricity market requires reforms with transition to a new model of functioning on the basis of centralized purchase and sale of electricity," Akchulakov said.

As part of the forthcoming energy transition, measures have been prepared for development based on ESG principles using clean coal technologies, renewable energy, modern gas and nuclear generation, and Smart Grid.

"These measures are envisaged as part of the draft Concept for the Development of the Electric Power Industry of the Republic of Kazakhstan until 2035, developed by the Ministry. The Ministry plans to submit the Concept to the Government for consideration in October of this year," Akchulakov said.

According to him, as the first stage of practical implementation of this vision, the Ministry has prepared a package of legislative amendments, which are currently at the stage of coordination with the state authorities concerned.

In order to reduce the wear and tear of generating capacities by 15% by 2035 it is required to transform the approaches in tariff setting within the transition to the new tariff policy "Tariff in exchange for investments", which would require increasing annual investments by 3 times.

As part of this programme, the Ministry considers it advisable to ensure that the role of owners of energy-producing organisations is strengthened.

For example, measures will be established for investing their own funds in the implementation of investment projects.

In addition, when selecting projects, it is planned to set targets and measures, including reduction of wear of major equipment, specific fuel consumption and improvement of environmental performance.

Transparency of the use of funds by energy producing organisations will also be ensured through public hearings and open procurement by the subjects.

At the same time, quality control will be established by the authorised body during the period of repair work.

To enable the implementation of these measures, counter support measures from the state will be envisaged.

"A predictable tariff policy, which provides for indexation to the inflation rate, is required to ensure the stability of power companies' operations.Today, within the electricity capacity market, a limit has been set on the amount of funds allocated for the return on investment in the sector. At present the limit is 32 billion tenge and requires an increase of 100 billion tenge," Akchulakov said.

He also said that in order to ensure the inflow of investments it is necessary to increase the current tariff on the electricity capacity market from the current 590,000 tenge per 1 MW to 885,000 tenge per month.

The Minister further reported that a number of projects in the generation sector were being worked on to cover the medium-term power demand.

As part of the work on rehabilitation and expansion of the existing power generating organizations, additional input of about 2.3 GW will be provided.

In addition, projects for construction of new power plants with a total capacity of over 2 GW are at various stages of implementation.

According to the Minister, the most of the aforementioned projects about 2.3 GW involve the commissioning of coal-fired generation.

"Availability of coal and developed transport infrastructure cause reliability of coal-fired generation and low cost of electricity, which is the basis for competitiveness of the economy," Akchulakov said.

According to him, during implementation of these projects modern technologies will be used including "clean coal" technologies (advanced flue gas filtration systems, carbon dioxide sequestration technologies, in-cycle gasification of coal, etc).

The Minister also spoke about the prospects of renewable energy sources (RES) development in the country.

"At present there are more than 140 RES facilities with total capacity of about 2 300 MW in Kazakhstan and the share of RES in the total electricity production is 3.7%. The total volume of attracted investments in the RES sector has exceeded 1 trillion tenge," Akchulakov reported.

This year, he said, electricity from RES is projected at 4.5 billion kWh, or 4% of total generation.

At the same time, within the framework of the contracts signed with the Financial Settlement Centre, it is planned to commission 48 additional RES facilities with a total capacity of over 850 MW within 3 years.

Besides, within the framework of execution of the instructions of the Head of the State, negotiations with the companies from France, UAE, Saudi Arabia, which take the initiative of implementation of large-scale projects on construction of RES facilities, are continued.

These companies are offering to realize the cost of electricity below the current auction prices and are asking for individual agreements.

"According to the target indicators, the share of RES in total electricity generation should be 6% by 2025. As part of the measures to achieve this indicator in November this year, it is planned to hold auction bidding for RES projects with a total capacity of 690 MW," Akchulakov reported.

According to him, holding of this auction will be provided due to reinforced measures to support investors in the RES sector this year. 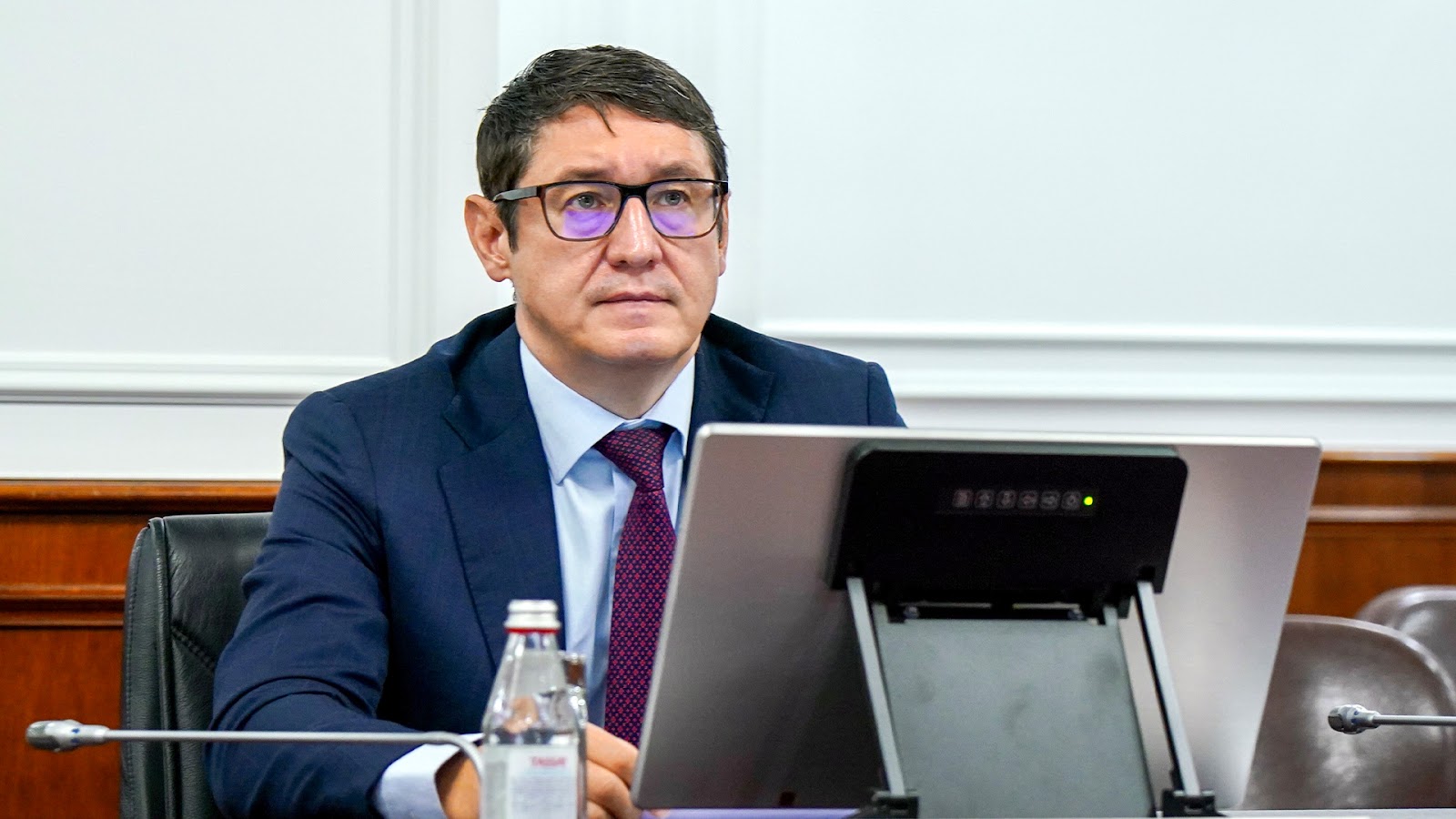 In turn, the Chairman of the board of Samruk Kazyna JSC Almassadam Satkaliyev also said that according to the energy balance the demand for electric capacity by 2035 is expected to be about 27 GW.

"Today, the available capacity of Kazakhstan's existing stations is 16,200MW. Given the planned decommissioning of power plants and the provision of reserves, about 17 GW of new basic, maneuverable and renewable capacities are required until 2035, of which about 11 GW is planned to be implemented by the Fund," Satkaliyev said.

According to him, today the Fund started implementation of 6 priority projects in electric energy sector till 2023 for total amount of about 1.2 trillion tenge.

"It is planned to implement 14 projects in the electricity sector for a total amount of more than 9 trillion tg. Given the long construction timeline of the NPPs, construction of new coal-fired generation facilities will already be required in the near future. We are considering the construction of a new GRES in Ekibastuz, with a capacity of about 1,200 MW," Satkaliyev said.

Reporting in detail on the current status of the priority projects of the Fund, the Head of the Fund noted that on the project of construction of 600 MW CCPP at the Almaty Cogeneration Plant-2 the EBRD has already approved the preliminary funding and this month an open tender on the rules of the EBRD will be held.

The 450 MW CCGT project at Almaty TPP-3 is planned to be implemented under the mechanism of auction bidding for the construction of shunting generation, which is expected to take place in December this year.

The Fund and the Ministry of Energy are working on the implementation and financing mechanism for the 250 MW CCGT project at Almaty CHPP-1.

In order to successfully implement gasification projects in the Almaty power complex within the established timeframe, the Fund is working on the construction of gas infrastructure for the projects.

A feasibility study for the CCGT in the Turkestan region has been initiated.

In addition, the Fund is considering the construction of another 900 MW CCGT in the Southern region in order to provide the Kazakhstan power system with shunting capacity.

Construction and installation work has begun as part of the cable network reconstruction project in Almaty city and Almaty region. At the same time, according to the Chairman of the Board of the Fund, the following issues need to be resolved as soon as possible together with the Ministry of Energy:

"The energy sector is the backbone of economic development. The key task for us is to ensure energy security and to develop the industry ahead of time to meet the needs of the economy," Satkaliyev said.